Onta ceramics: read about the production of ontayaki ceramics in the traditional village of Onta in Oita Prefecture, Kyushu. 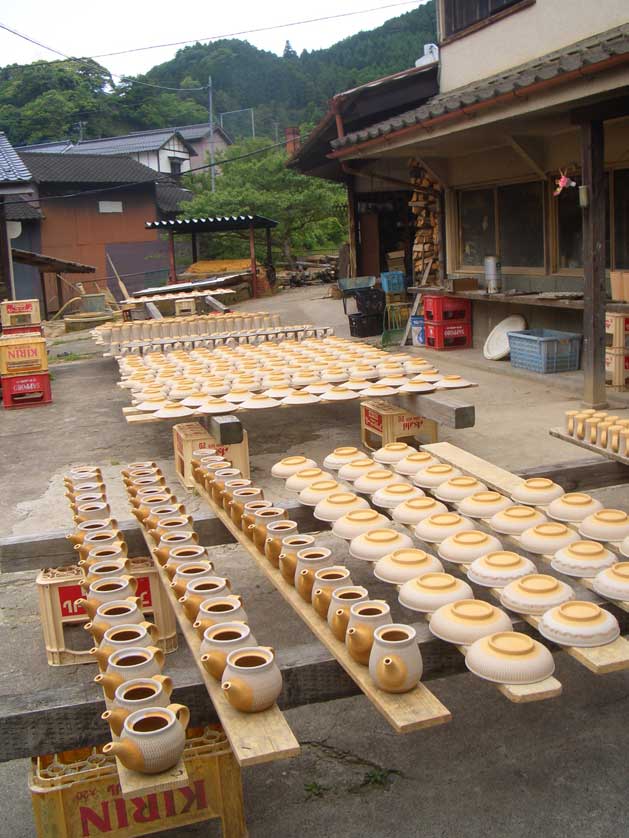 The porcelain production kilns of Arita and Imari in Saga Prefecture, Kyushu are famous and bustling with visitors. They are old, original and manufacture porcelain of the highest quality.

But if you travel to Kyushu to check out Japanese ceramics, you might want to put the Ontayaki Kilns on your itinerary as well, even though they don't produce porcelain but traditional heavy-duty Japanese ceramics ware.

In fact, Onta Village is one of the most unique places to discover in all of Japan - and that's not just in terms of its ceramics.

Administratively, Onta is part of Hita City in central Northern Kyushu, right on the Oita side of the Fukuoka - Oita prefectural border.

Hita itself is an ancient town with plenty of historic quarters to visit.

To get to Onta, about 10 km outside central Hita, you have to drive a narrow road through dense forests - a drive that feels as much as a time travel as it covers the distance. 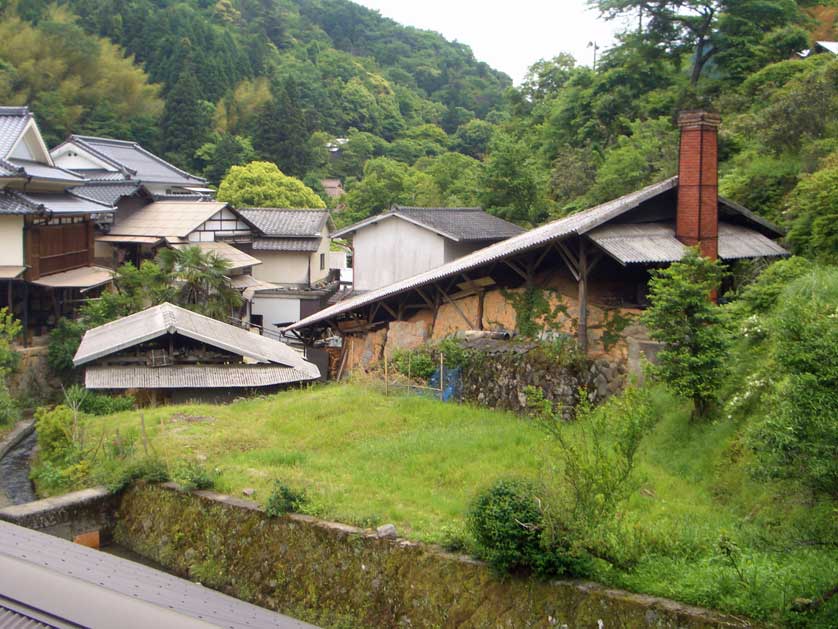 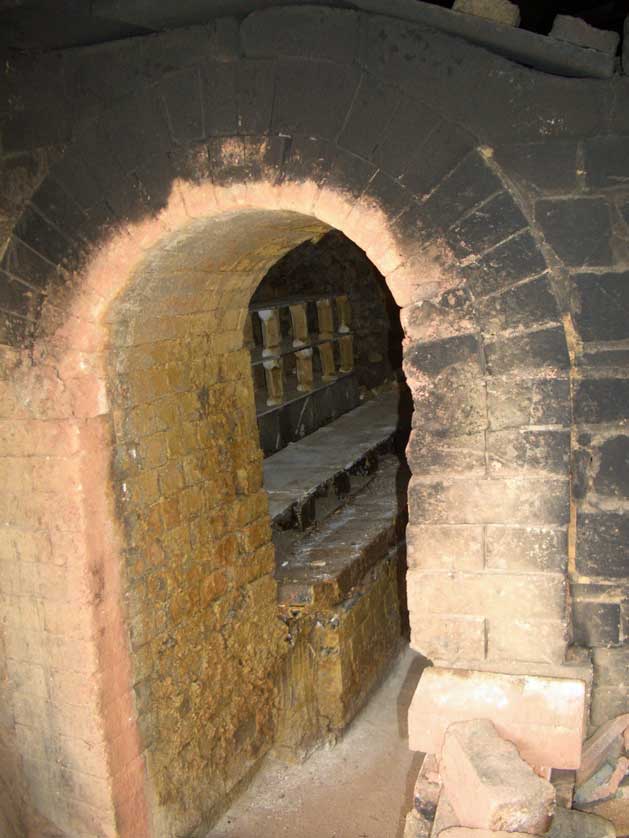 The first thing you will notice when you walk into the village, are the ancient style water-powered wooden hammers whacking away at piles of yellow clay. The thump-thump- thump of the hammers echoes through the entire valley, providing a unique soundtrack to your walk. Every house in the village is close to the river flowing through it and they all use the power provided by the water to get their clay powdered - the base of their ceramics.

The principle of the hammers dates back centuries at least: the wooden beam that carries the hammer has a large hollow carved in. That hollow fills with water, the weight of the water raising the hammer. After a few seconds, the beam is raised by that weight so high up that the water flows out - which lets the hammer whack down. The procedure repeats, repeats and repeats. You can see that some of the beams already have noticeable cracks in them - they will be replaced soon.

All pottery here is produced in ancient ways. The water-powered hammers prepare the clay. The clay is then watered by hand and readied for the potter's wheel where the shapes of the plates, cups and bowls are formed by hand while the wheel is driven by the potters' feet. The typical Ontayaki patters are impressed on the ware manually with combs, brushes or irons.

Weather permitting, the wares are then dried on boards outside the houses before they go into the wood-fired kilns for burning and glazing.

No modern machinery is used in the production process at all. All wares are manufactured exactly the way they were when the village was set up 300 years ago.

This, of course, has been only possible by maintaining a social structure of the most conservative kind. One young woman encountered at a visit to Onta relayed that she had grown up in a modern metropolitan area. She fell in love with an Onta boy and they married. That was the end of going to clubs and bars. She had to become a real potter's wife, spending all her waking hours on the family pottery work. She grew to enjoy that way of living, she said, though she admitted that it was tough in the beginning.

Every family pottery has its own store. Most likely you will have to go look and find someone of the family and interrupt them in doing some other work to serve you. Visitors are rare here.

The visitors who do arrive drive heavy SUVs with Fukuoka license plates. Ceramics shops in Fukuoka City are the main customers for Onta ware though shops in Tokyo also order it in bulk. 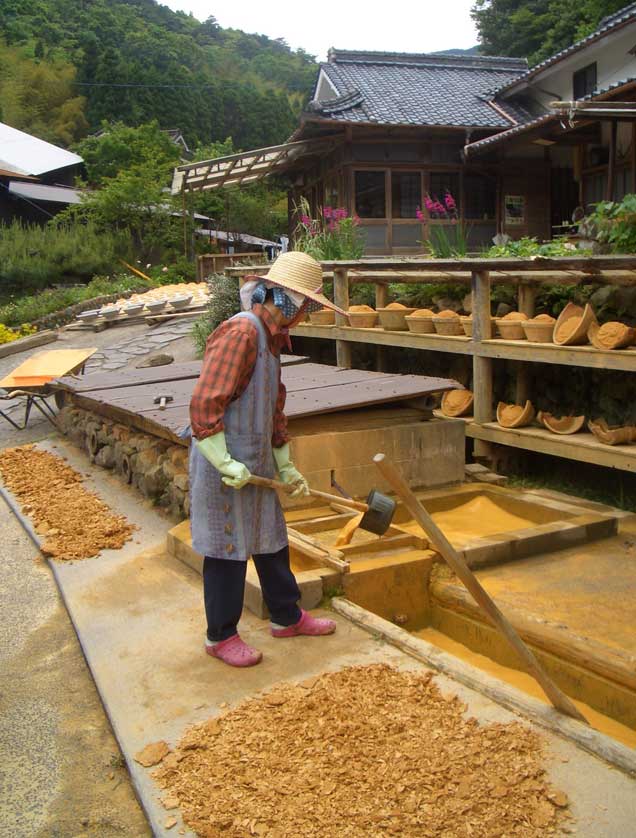 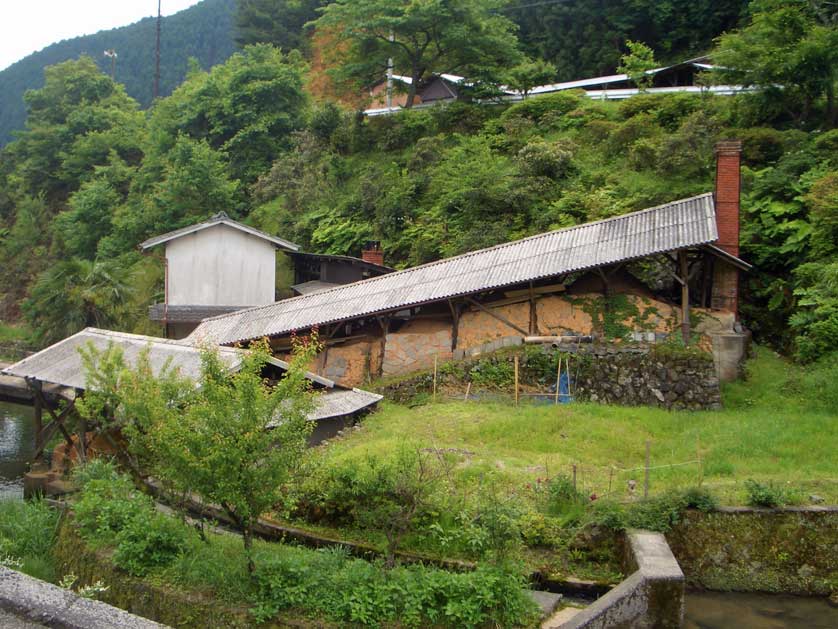 Onta Ware is heavy-duty ceramic for daily use. Most of it is basic kitchenware like plates, bowls and tea cups but also vases and traditional drink pitchers. It's beautiful and every piece is handmade and unique.

Prices are very reasonable - at least as long as you shop in Onta itself. In the Tokyo stores you will find the ware for Tokyo prices. 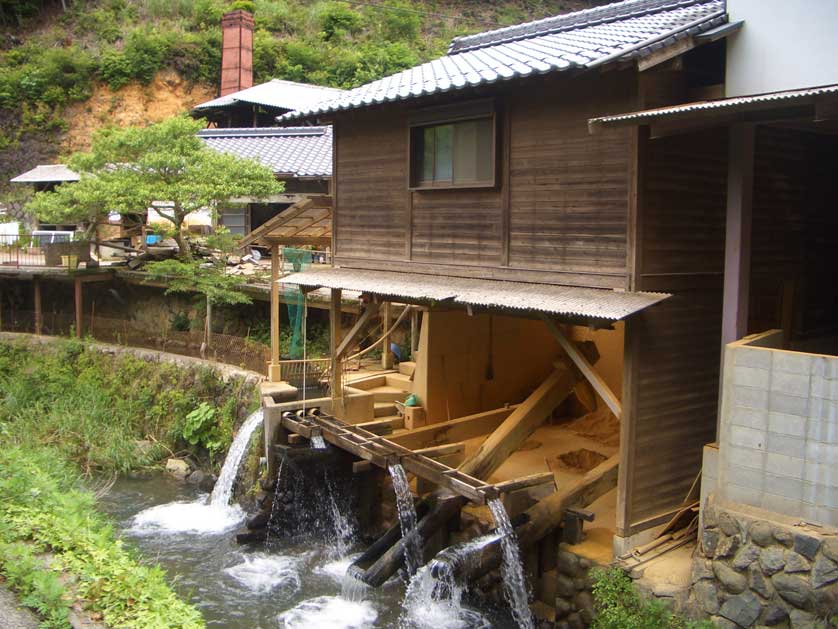 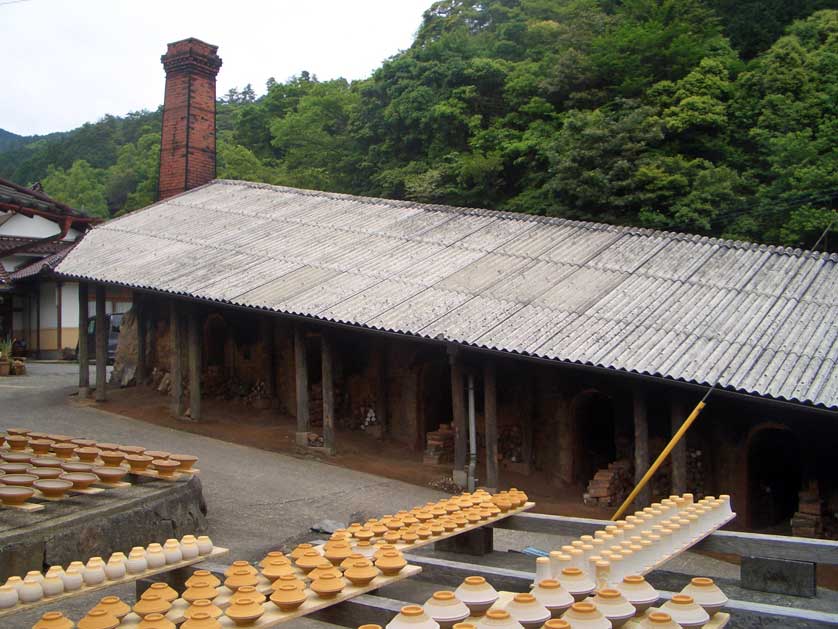 Driving your own car is the best option to get to Onta, especially if you want to shop there. Onta ware is heavy and you wouldn't want to carry it by hand on buses or trains.

There are very few buses per day going to Onta from Hita Station. Basically, the buses connecting Onta to Hita are for school children to get them into the city in the morning and back in the afternoon. If you want to try your luck with the buses take them to Sarayama stop (皿山) from Hita.

Otherwise, a taxi from Hita would be a good option. 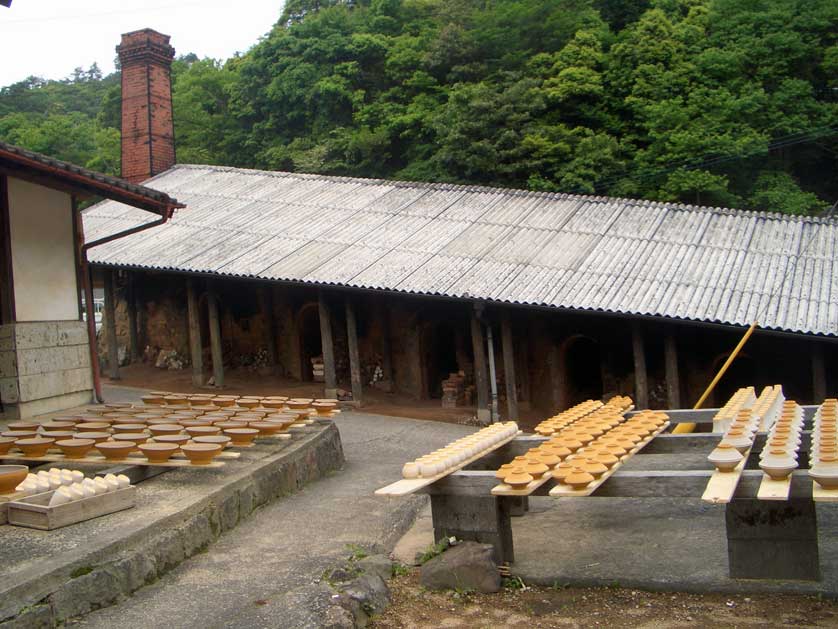 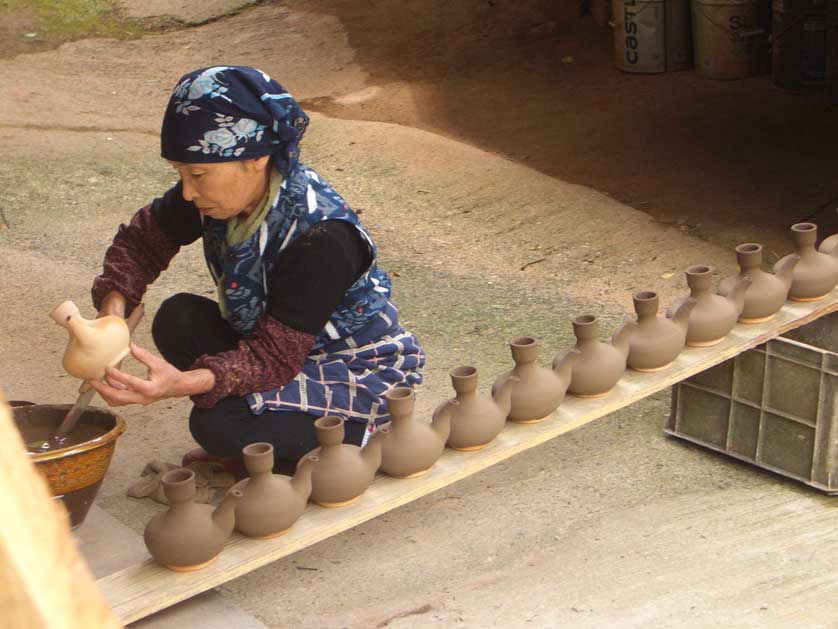