Jokoji Temple, adjacent to Jokoji Park, north of Nagoya, is a lovely area to appreciate the changing autumn leaves at this time of year. 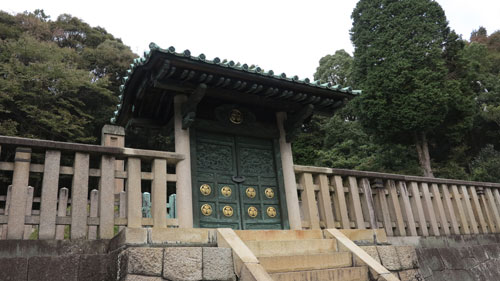 Jokoji Temple contains the mausoleum of Tokugawa Yoshinao (1601-1650), the 9th son of warlord and first Tokugawa shogun, Tokugawa Ieyasu. Yoshinao was the daimyo of the Owari domain, roughly present-day Aichi Prefecture, and involved in the upkeep and maintenance of Nagoya Castle. Yoshinao took up residence at the Ninomaru Palace of Nagoya Castle from 1620. Jokoji, as the family temple of the Owari Tokugawa family, also contains the tombs of other members of this important Edo era clan. 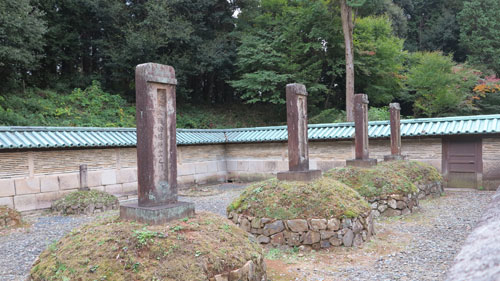 Jokoji is a Myoshinji Rinzai Zen temple reached by climbing up a steep hill from Jokoji Koen. The temple's main gate is decorated in the Chinese style popular with the Tokugawa, who liked to see themselves as on equal status with the monarchs of the Middle Kingdom across the East China Sea. 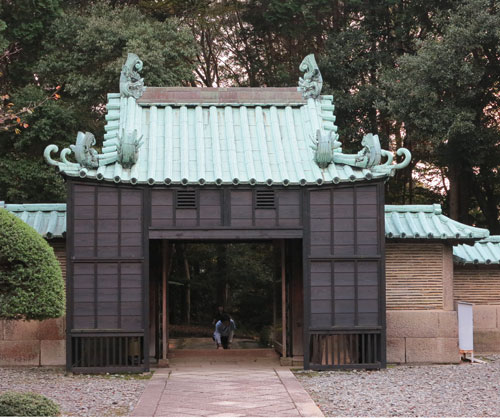 The mausoleum of Tokugawa Yoshinao is lavishly embellished with the three hollyhock symbol of the Tokugawa. There are spectacular views over the Tamano valley below from Jokoji Temple. 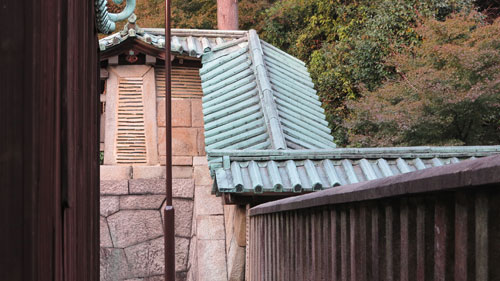 Roof and walls of the temple

Jokoji is a 15 minute walk uphill from Jokoji Station on the JR Chuo mainline from Nagoya Station or Tsurumai Station on route to Tajimi. On the way to Jokoji you will pass the delightful Kuu Gallery Cafe (Tel: 0561 48 6130) situated with garden views of a small stream on your right. The Jokoji area was extremely popular during Japan's bubble period of the 1980's and a number of hotels and ryokan where built on the banks of the Tamano River. The majority of these establishments are now in ruins. 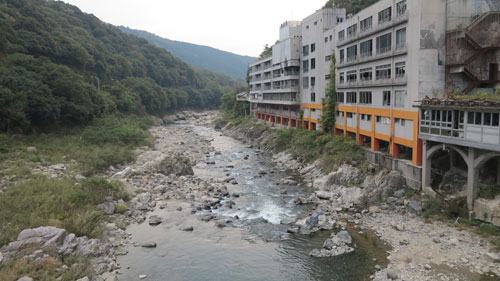 View of the river from Jokoji Station