Chichibu is a city in the center of mountainous western Saitama Prefecture. Today, the administrative area of Chichibu city stretches out all the way to the borders of western Tokyo (Okutama) and Yamanashi, Nagano and Gunma prefectures. Thus a large part of the Saitama side of the Chichibu-Tama-Kai National Park is located within the official city limits. 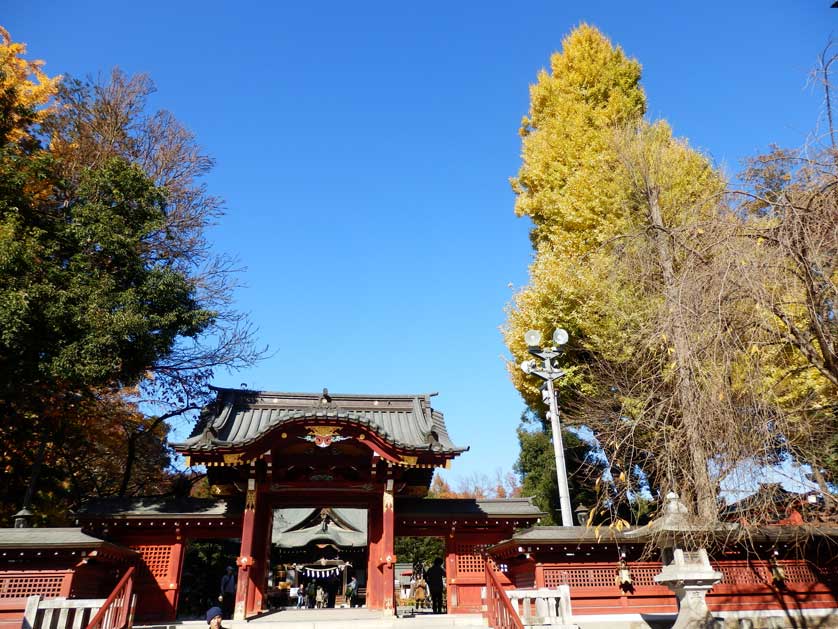 The majority of the population (about 70,000) however lives in the urban area of the old industrial town of Chichibu, down in the Chichibu Basin along the Arakawa River and towered over by the strangely gnawed-on looking Mount Buko.

Mount Buko is part of the industrial past and present of Chichibu. The gray terraces hacked into the mountain front facing Chichibu are the result of limestone quarrying.

Cement made from Buko limestone helped build much of modern Tokyo and has been essential to the economy of Chichibu for decades.

Only in recent years has Chichibu started to promote itself as a tourist destination. Easy access to the surrounding mountains and a rich heritage of ancient shrines and temples makes tourism an obvious choice in a time when much of the industry is slowly going downhill.

Today's Chichibu is partly crowded by Tokyo weekenders coming for the local attractions or using the town as a gateway for trips further up in the mountains, partly it is a somewhat run-down town with lots of cement trucks passing through, still adjusting to the decline of its former industrial status. 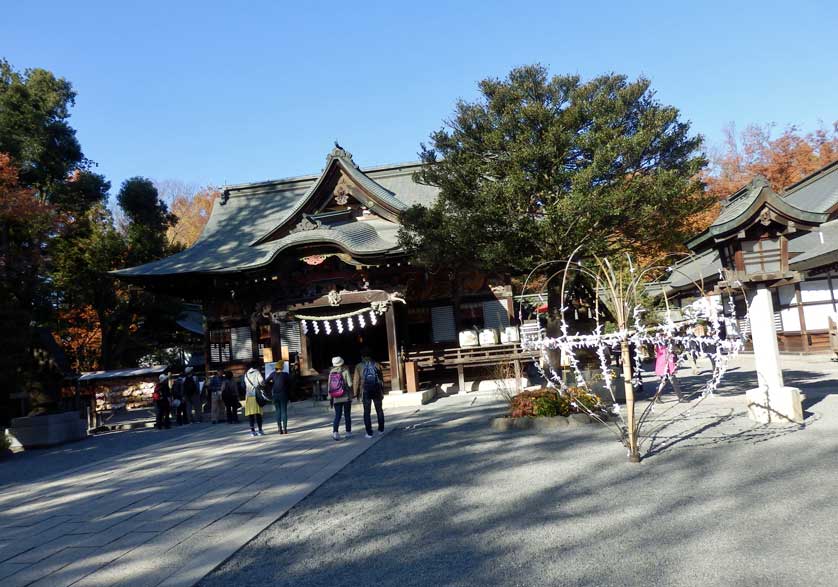 Only a short walk from Seibu Chichibu Station, the train station connecting Chichibu to Tokyo, is Chichibu Shrine. Here, the history of Chichibu began. It is said that Chichibu Shrine was founded in the first century B.C. thus making the shrine about 2,100 years old.

Early markets outside the shrine are said to have been the start of today's city of Chichibu.

The Chichibu Shrine buildings that can be visited today are of much more recent vintage, of course, dating back to Edo times.

The main Chichibu Shrine hall features many elaborate carvings. To the right and left of the entrance you can see colorful tigers up on the wall. There are several tiger carvings on display but one shows a mother with her three cubs. The "tiger" mother's fur pattern is however that of a leopard.

To mix a tiger with leopard fur design into groups of tigers was a mark of distinction employed by the early Edo era painting / carving school to which the legendary wood carver Jingoro Hidari belonged.

Hidari was active from about 1596 to 1644. Many carvings throughout Japan are attributed to him, most famously the Three Wise Monkeys at Nikko Shrine in Nikko.

The leopard-style tiger mother displayed here is said to be one of Jingoro Hidari's works. The blue dragon prominent on the shrine hall wall once you turn the corner to the right is also said to be a work by Hidari. It's named the Tied Dragon and if you look closely you will see a real iron chain wrapped around the carved dragon.

This is the most famous artwork at the shrine and it refers to a local myth about a dragon that lived in a nearby pond and terrorized the neighborhood. Since some clever folks at the time found a way to chain the beast, the area around the shrine has been peaceful. 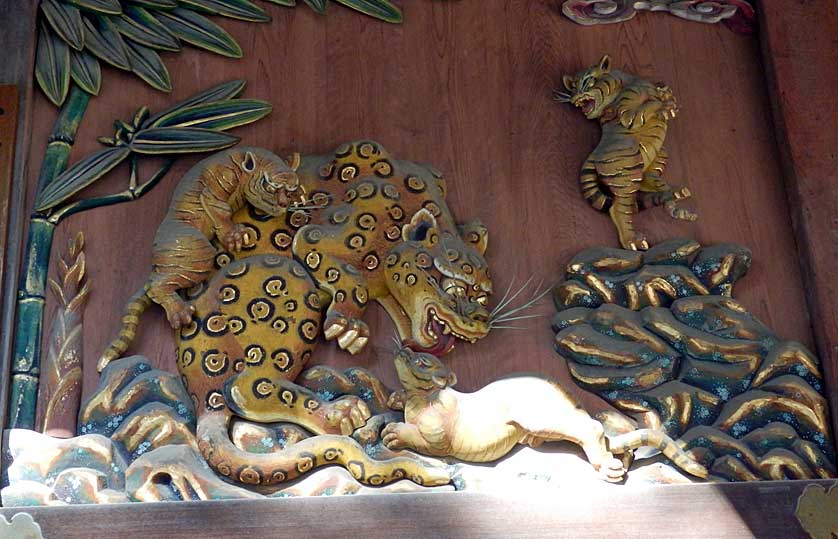 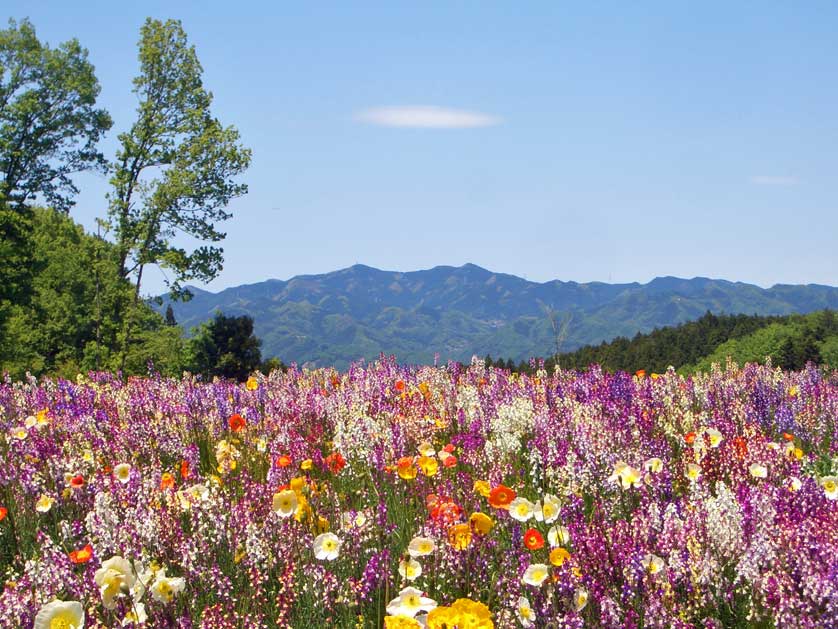 Chichibu Muse Park in May

Continuing with religious sites, Chichibu has its own pilgrimage route of 34 Buddhist temples. The pilgrimage circuit dates back to the 14th century. Visits to all temples are free and most are within urban Chichibu. Though all the temples are ancient, many of them are rather small and have more the feel of a neighborhood temple than a grand monument. 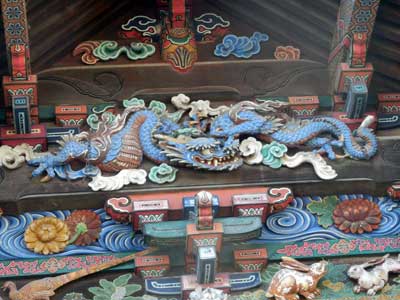 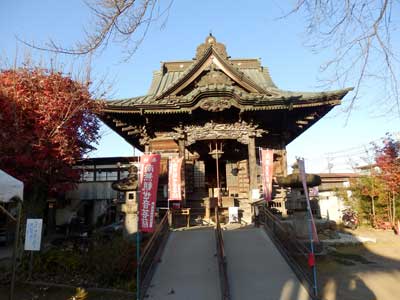 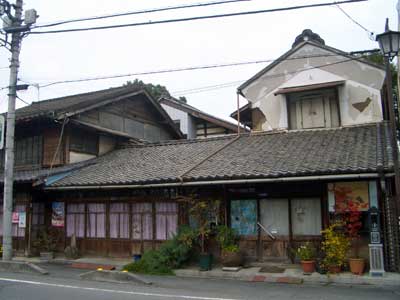 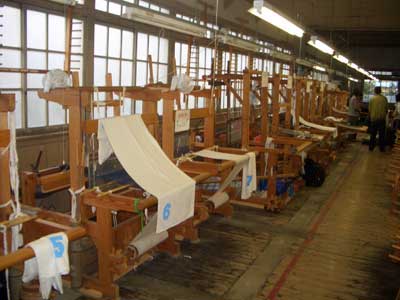 Hand-operated looms at the Meisenkan

What really put Chichibu on the map in old Japan wasn't religion though but finance.

Coins from China and Korea had been in use in Japan from the 6th century A.D. on but it wasn't until the discovery of large copper deposits in Chichibu at the beginning of the 8th century A.D. that Japan minted its own coins.

Those first coins were called Wado Kaichin (wado roughly translating to "Japanese copper”) and they were first minted in 708 A.D.

A hugely oversized replica of such a Wado Kaichin serves as monument to the era and is situated close to Wadokuroya Station on the Chichibu Railway Line in the direction of Nagatoro, Kumagaya and Hanyu.

A few remains of old mining sites can still be visited near Wadokuroya Station. 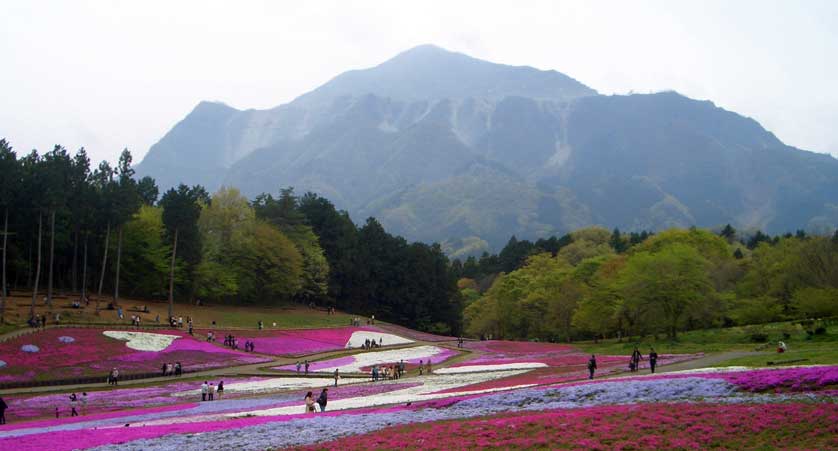 Hitsujiyama Park in April with Mount Buko in the background

The Meisenkan is located in a wooden building designed by Frank Lloyd Wright in the early 20th century, and resembles an old-style silk manufacture factory. It can be visited and the friendly staff will explain all the intricate details of silk production all the way from the silk worm to the finished woven cloth. Though this is sort of a museum, actual silk cloth is still woven here on a small but regular scale in real old-style fashion.

Visitors can buy the products at the on-site Meisenkan store. (When visiting the store, be careful what to choose. Not all items on sale are in-house products. Ask staff for assistance). 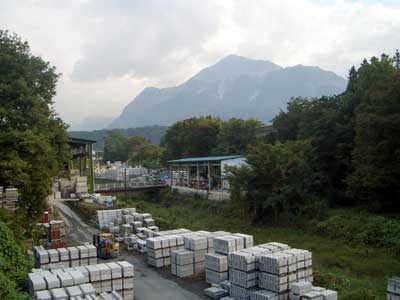 Cement factory with Mount Buko in the background 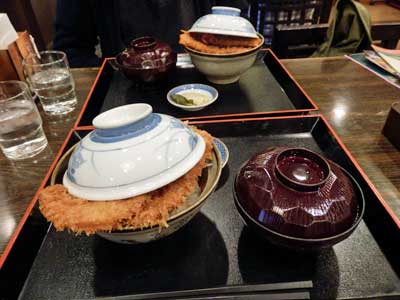 The Hitsujiyama Flower Park is especially worth visiting in April and early May when it is covered by a sea of pink and white Moss Phloxes (Shibasakura in Japanese) against an impressive backdrop of Mount Buko.

During April and May, especially at weekends, the park takes on a festival-like atmosphere. There are beer gardens, and vendors of various foods including fried fish and barbecued meat. Expect big crowds. 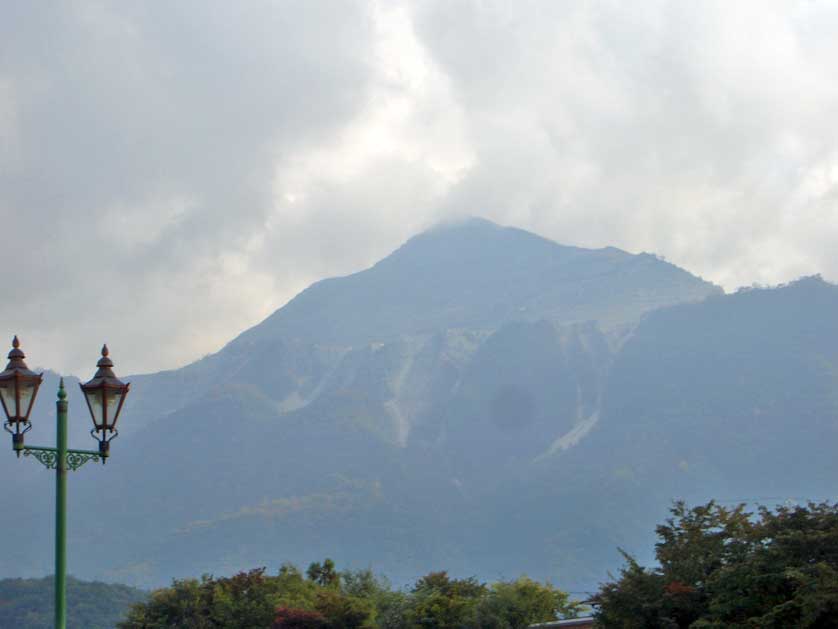 Particularly well-known is the plum blossom in the park (mid-March to early April). Chichibu Muse Park also hosts concerts and other events.

The Chichibu Night festival is one of the Kanto region's most famous festivals. It always takes place on December 2nd and 3rd and it features brightly lit floats being carried through the crowded streets before a giant firework display lights the sky.

Soba noodles are the Chichibu area's main traditional food. Rice doesn't grow well up here in the mountains. Farmers have cultivated buckwheat (from which soba noodles are made) since ancient times and consequently, the local cuisine has focused on soba noodles.

A more recent specialty is Waraji-katsu. A sort of schnitzel (breaded pork cutlet) on rice with a strong miso taste. It may be a local adoption of Nagoya-style Waraji-katsu, popularized because of the abundance of locally produced miso (soy-bean paste).

In general, one could say that Chichibu food is serious stuff geared towards filling the hungry stomachs of workers and hikers. It is not sophisticated gourmet food.

Chichibu can easily reached from Ikebukuro Station via the Seibu Line Red Arrow Express train (in as a little as 78 mins).

Slower trains necessitate a change in Hanno from the Seibu Ikebukuro Line to the Seibu Chichibu line.

From central Tokyo: Drive the Kan-etsu Expressway towards Niigata, get off at Hanazono I.C., take Route 140 to Chichibu.

From Tokyo / Tokorozawa: Drive to Hanno, then go onto Route 299 to Chichibu.

Right outside Seibu Chichibu Station is a tourist information office. It offers plenty of information brochures, free maps and event announcements. The staff are very friendly but speak little English.

Chichibu Buddhist Temple Pilgrimage RoutesBrief descriptions of all 34 temples in Japanese and English. Click a temple on the map and the author's temple tour of the day he/she visited shows up. 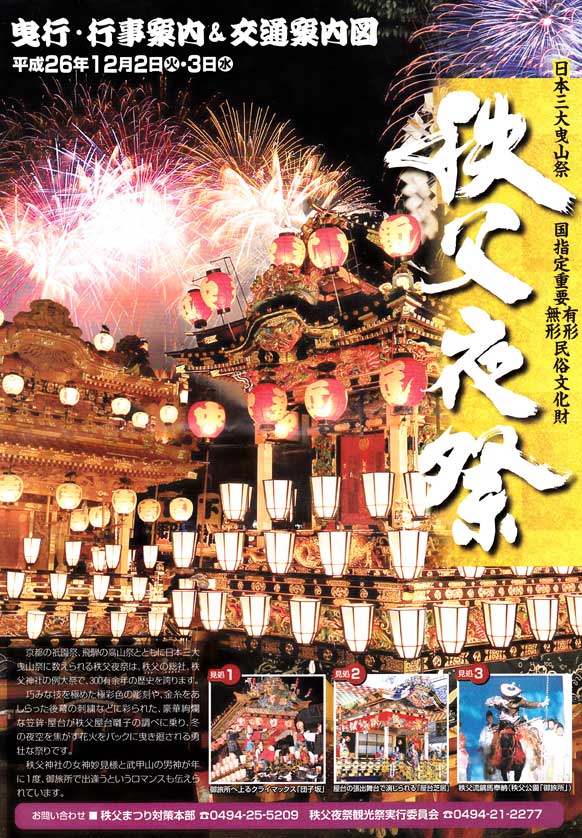