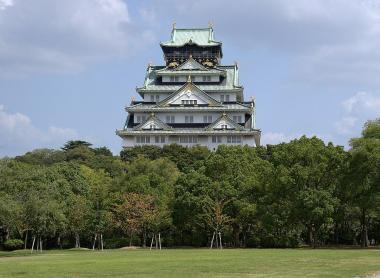 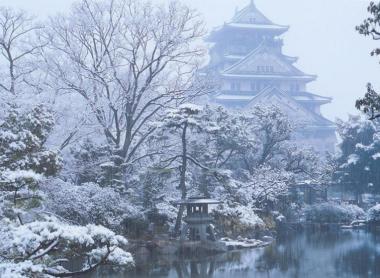 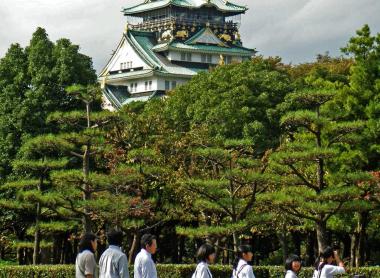 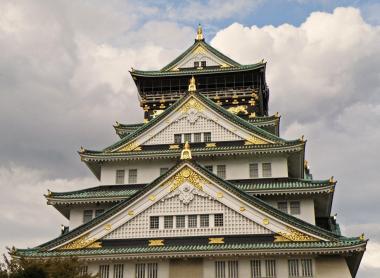 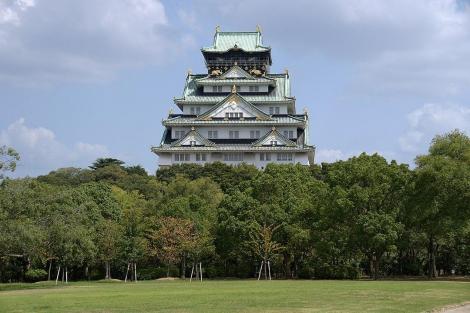 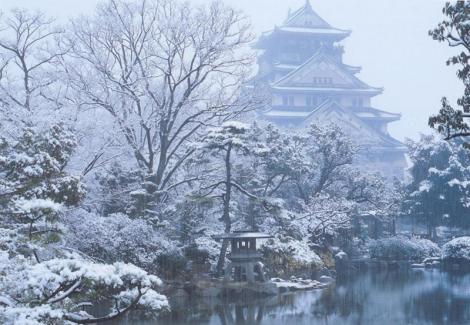 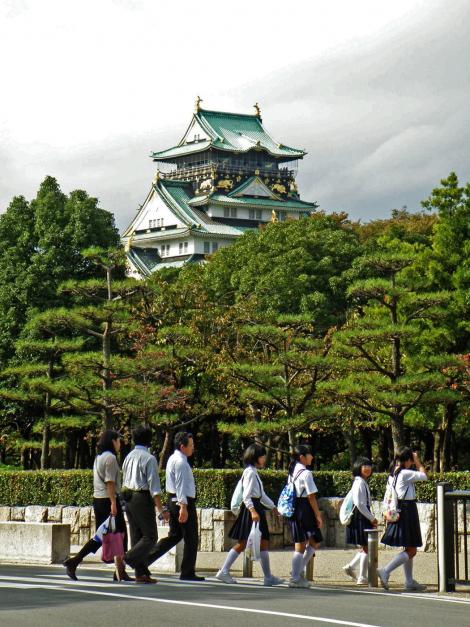 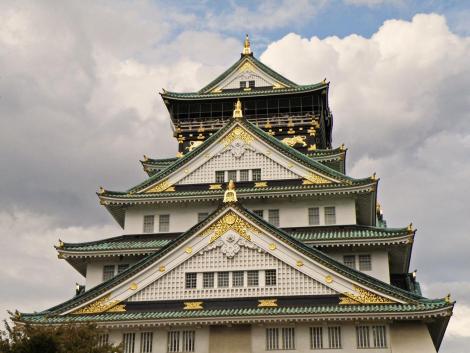 The construction of Osaka Castle

Burned down, destroyed then rebuilt, sacked and ravaged… The history of Osaka Castle can be read in conquests and battles. After unifying Japan, the daimyo - governor in feudal times - Toyotomi Hideyoshi (1536-1598) decides to erect in Osaka a symbol of power, defense, and greatness. He chose the site of the ancient Hongan-ji temple, which had been built in 1496 and destroyed in 1580, to build his fortress.

Initially made of granite, construction of the castle began in 1583 . The basic plan mimics that of Azuchi Castle. Toyotomi wants to build a replica of Oda Castle. The keep is then made up of five floors, built on a stone plinth which itself hides three underground floors. In 1758, the castle was finally finished, but Toyotomi Hideyoshi died the same year, and the fortress passed to his son.

Hazards and reconstruction of Osaka castle

The last unifier of Japan, Tokugawa Ieyasu (1543-1616) then attacks the castle in 1614 and then 1615 , and ends up crushing the armies of the Toyotomi clan, which disappears. It was during these battles that the original castle was completely destroyed by fire .

The following centuries saw a succession of fires and destruction , in particular that of 1868, when the Tokugawa shogunate lost power and Osaka-jô.

It was several centuries later that the castle passed into the hands of the city, which decided to rebuild it in reinforced concrete . In 1931, the main tower of the estate was rebuilt; during the Second World War, the castle still suffered damage from bombardments .

From 1995 to 1997 , the keep finally underwent significant renovation. However, granite has given way to concrete .... However, the ramparts and the moats are very original . 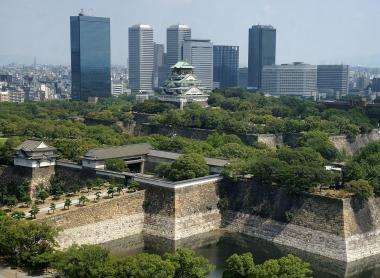 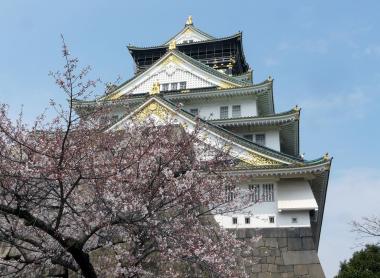 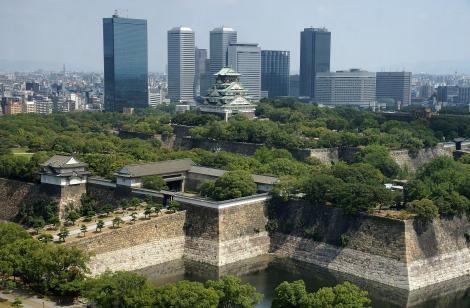 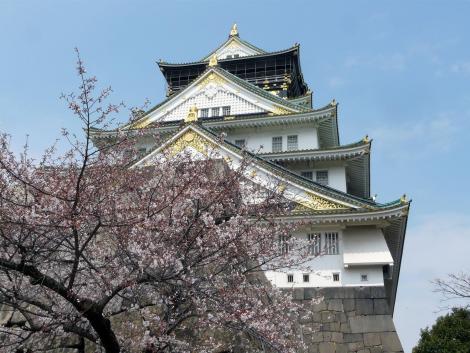 Visit of the castle

While in Osaka, a visit to the city's castle is a must . There are also many tourists there, especially during the hanami , when the park's sakuras are all in bloom.

Today, the castle is located in the district of Chuo , east of the city. It is installed on a plot of one square kilometer, in the heart of the six-hectare park . It is built on two nested platforms supported by stone walls, each facing a moat. The tenshu has five exterior levels, and eight interior floors .

The site had a military function for a very long time - it has a large collection of weapons , armor and everyday objects from the castle (more than 10,000 objects). These objects are gathered in the Osaka-jô Museum (free for children under 15, 600 yen per adult), which is installed in the different floors of the dungeon. Visitors will discover the history of the castle , but also more broadly that of Osaka and the time of Toyotomi Hideyoshi, the builder of the castle.

Finally, on the eighth floor is revealed the city, and a panorama which is worth the few steps to climb. Once back down, enjoy the park and its six hundred cherry trees, while seeing the moats, turrets and doors that watch here and there.The authenticity is gone, the setting, no.

To see around Osaka Castle

If you visit the castle, other points of interest can be reached nearby. The Kema Sakuranomiya park, installed around the banks of the Okawa river , offers itself to the curious in need of nature and walk. In particular, it is one of Osaka's favorite places to enjoy the hanami in spring, thanks to its 4,700 cherry trees.

Do not miss the Osaka History Museum , attached to the castle park. Within this same park is also the Hôkoku-jinja sanctuary , with its torii , its dry garden and its statue of Toyotomi Hideyoshi.

Finally, not far from the castle, you will find the park of Nakanoshima , famous for the varieties of roses which it shelters, as well as for its splendid building, the " Osaka Central Public Hall ", built in 1918 in a neo-renaissance style . 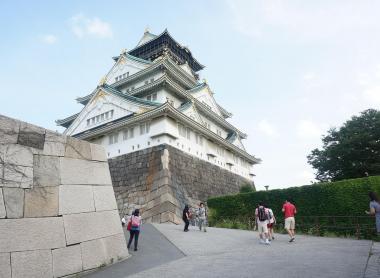 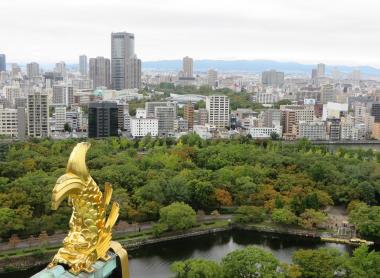 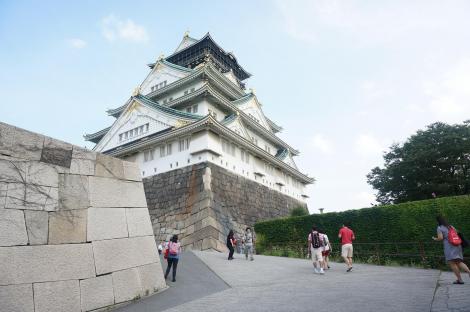 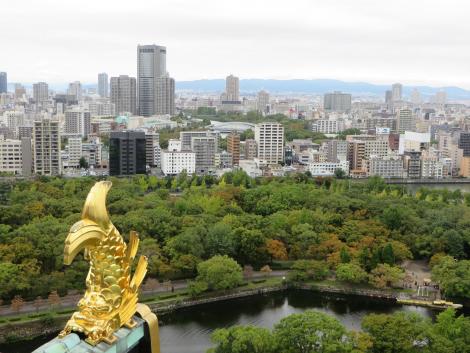