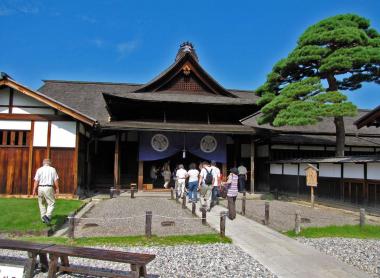 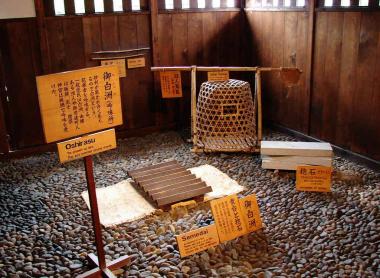 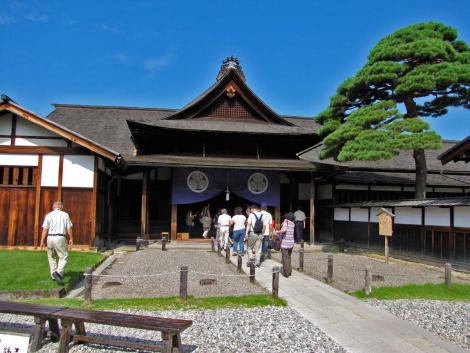 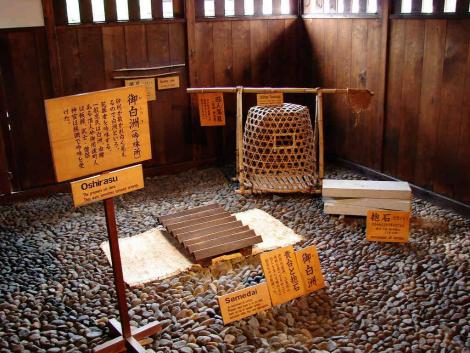 At the heart of the city stands an imposing gate, adorned with purple fabric. An impenetrable perimeter wall surrounds the property, making sure that any visitors have to enter to satisfy their curiosity.

This site, called Takayama Jinya is the former residence of the governor of the province (daimyo in Japanese). In 1692 the Shogunate sent a representative to this resource-rich region. His role was to administer the province by administering justice and ensuring that the rice tax was collected and stored in the granaries, built next to his residence. The appearance of this decision-making body weakened the power of the shogun in this valley near Kyoto, the former capital, and gave the daimyo a monopoly on resources of the Hida area. In its most glorious period, the Edo government had sixty Jinya throughout the country, but the one in Takayama is the only one still standing today.

After the Meiji Restoration in 1868, the building became the prefectural center of administration, to keep the region's power strong. But in 1969 the building was classified and opened to the public, thus turning it into a museum that illustrates the typical life of a daimyo of the Edo period (1603-1868). A barefoot walk through the successive rooms with tatami floors allows you to discover a bygone era, through the furniture and and the objects on display. The kitchen, meeting room, living rooms and interview room - every aspect of the life of the governor is shown. Sliding doors open onto delightful miniature gardens that allow you a brief moment of respite, before continuing the tour to the next room. During your visit, try and spot the black rabbits, metal emblems placed here and there around the residence, which were used to hide nails. A symbol representing a benevolent sovereign, his long ears allow him to listen to the needs of the people.

The maze of rooms eventually leads to the warehouses that were used to store the different resources taxed by the government. Every morning a market is held in front of the entrance of Takayama Jinya, a good excuse for some local purchases before a foray into history.