In addition to the must-sees of the Archipelago, experience an authentic stay in the heart of Japan and visit Takayama with our "Japanese Alps" self-guided tour

Crossed by the flowing waters of the Miyagawa River and surrounded by protective mountains, Takayama is an ancient fortified place nestled in a valley in Gifu Prefecture. It is the capital of the former province of Hida, hence its other name, "Hida Takayama". This name means "high mountain". the city is also nicknamed the "little Kyoto of the Japanese Alps" because its streets are like the old imperial capital.

Hida Takayama was built in 1585 by the feudal lord Kanamori, by order of the great daimyo Toyotomi Hideyoshi. The artisan carpenters of this province were renowned for their skill and their knowledge is found in the most beautiful Buddhist buildings and stately homes erected in the capitals of Nara and Kyoto. Takayama Jinya , former home of the governor of the province, hints at the richness of the place.

What to do in Takayama?

One of Takayama's great specialties is sake. Indeed, the city has no less than six breweries that you can visit and each one has its own particularity: one makes very old sake, another produces sake of the highest quality ...

Lovers of good food will not be left out since Takayama beef is, along with Kobe beef, one of the best in the country. To stock up like the locals do, get up a little earlier than expected to walk through one of the asa-ichi , Takayama's morning markets. Fruits and vegetables from local producers, as well as handicrafts, are displayed in abundance on the stalls every morning. What to soak up the unique atmosphere of the city...

In the heart of Takayama, be sure to visit Takayama Jinya, which is the former home of the province's daimyo. The building now houses a museum depicting the life of a governor in the Edo period. 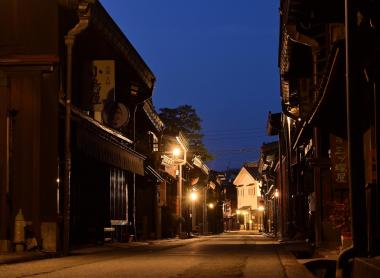 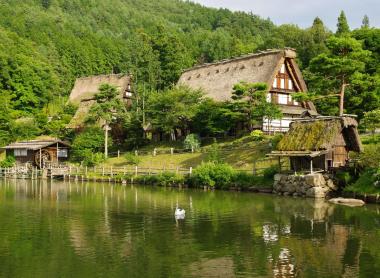 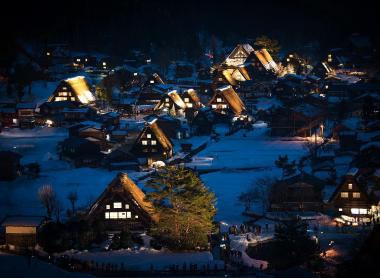 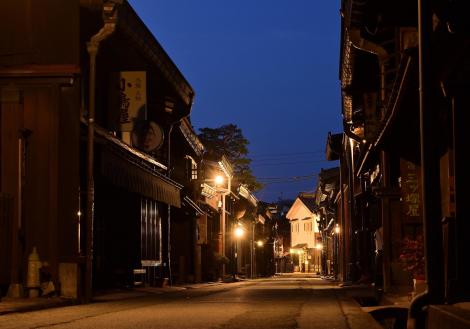 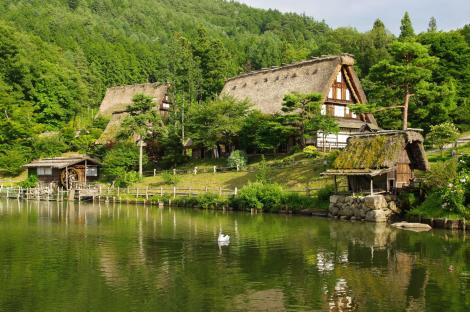 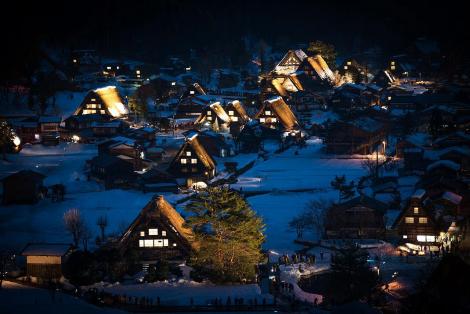 Japanese Alps: what are the sights to go see around Takayama?

Takayama is also the ideal starting point for excursions in the countryside and the Japanese Alps .

While in the city, be sure to visit the village of Hida (Hida-no-Sato), which houses old traditional houses, some of which are 500 years old. The site can be reached with a ten-minute bus ride from Takayama Station.

Another point of interest in the region: Shirakawago, a group of hamlets classified as World Heritage by Unesco. They house traditional houses with sloping thatched roofs in the gasshô-zukuri style. These houses are designed to withstand heavy snowfall. It is also during the winter that the visit of these villages is the most enchanting, thanks to the beautiful nocturnal illuminations.

For a moment of relaxation, go to Okuhida Onsen Hirayu and its outdoor baths, one of the 130 thermal springs in Takayama and its region.

Hikers will find in the Kamikôchi Valley a true paradise on earth.

Finally, Kanazawa is less than two hours by train.

Japan off the beaten track: an alternative city to Tokyo and Kyoto

Takayama gives another image of Japan, far from the big metropolises Tokyo and Osaka. The city is also distinguished from Kyoto by its atmosphere of a traditional village, which remained frozen during the Edo period (1603-1868).

The omnipresent nature and the surrounding mountains make it an ideal destination for lovers of beautiful landscapes and those who appreciate calm.

Halfway between Tokyo and Kyoto, Hida Takayama is an essential stopover for discovering Japan on the countryside.

This very famous festival in Japan takes place twice a year, in April and October. The Takayama matsuri attracts cohorts of visitors from all over the archipelago and even from the mainland Asia, the spectacle is so impressive: 23 sumptuously decorated floats parade through the streets of the city. Depending on the year, the climate sometimes means that the cherry blossoms are also part of the game.

How to go to Takayama?

The easiest way to get to Takayama is to go by train. From Tokyo, you will need to make a stopover via Nagoya.

From Tokyo Station, take a Nozomi shinkansen on the Tokaido-Sanyo line (towards Osaka) and stop in Nagoya. You will then need to take a JR train, the Hida Limited Express, heading to Toyama. The trip lasts between 4h and 4h30.  A one-way ticket costs 15,190 yen (126 euros), which is why it is strongly recommended that you have the JR Pass which covers the entire trip.

You can also choose to go to Takayama by car, by choosing the rental. This is a good choice if you want to explore the splendid region of the Japanese Alps.

Our tours in Takayama