Japan's hosting of the 2020 Summer Olympics has been postponed until 2021 due to the current Coronavirus pandemic. With the organizers wanting athletes to participate in the best conditions, serenely and safely. Despite the games now being held a year later they will still be known as Tokyo 2020.

Japan welcomes the 2020 summer Olympic Games in 2021! The games of the XXXII Olympiad and its 339 events will be hosted by Tokyo Bay and its surroundings. A total of 33 Olympic sports and 22 Paralympic sports will be contested in the 2020/2021 Tokyo Games by nearly 11 000 athletes from around the world.

It’s not the first time that Japan has hosted the Olympic Games. In fact, 56 years ago, the 1964 Summer Games were held in Tokyo. The Winter Games were also hosted by Sapporo in 1972 and Nagano in 1998. 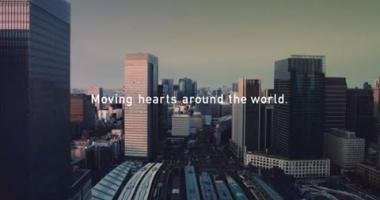 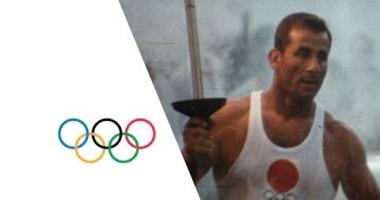 All you need to know on the 2021 Tokyo Olympic Games

The Olympic Games were built around the idea that sport has the power to change the world and our future.

The 1964 Tokyo Olympic Games completely transformed post-war Japan and integrated them into the modern world. The 2020 Games’ organizers want their games to bring positive changes to Japan and also across the world.

For this, they relied on three key concepts:

The Olympic Committee have decided to include new sports in the 2020 games. Baseball and softball are also reinstated after being side lined since the 2008 games. Karate, sport climbing, skateboarding and surfing are staring as Olympic events for the first time. These sports are popular in Japan and promise to engage the Japanese public.

The events will be held around the centre of the megalopolis and around Tokyo Bay. They will take place in several iconic venues of the 1964 Olympics, such as the Yoyogi Stadium, as well as in new infrastructures, such as the new Olympic Stadium, which symbolises the future of the city and its innovation power.

And to make the most of the Olympic experience and have the best possible stay in the metropolis, you need accommodation where you can easily get to places hosting the events.For this, think of our apartments! In the centre of Tokyo, they’re situated a stone’s throw away from Ikebukuro Station, a strategic location and easy to access.

Postponed until 2021, the Tokyo Games will still be called the 2020 Olympic Games! Faced with the global health crisis due to the Covid-19 pandemic, it was decided by the International Olympic Committee (IOC), the International Paralympic Committee (IPC), the organizing committee of the Tokyo Games, the Tokyo city hall and the Japanese government to postpone the Olympic Games for one year. They worked together and agreed on new dates for the 32nd Olympiad events.

What are the new dates for the Tokyo Olympic Games?

The slogan for the Olympic Torch Relay will be: "Hope lights our way"

The first leg announcing the start of the Tokyo Games, the Olympic Torch Lighting Ceremony, is scheduled for 12 March 2020 in Greece. It will then arrive in Japan on 20 March 2020. It will be displayed at the Ishinomaki Minamihama Tsunami Recovery Memorial Park in Miyagi Prefecture, a region in north eastern Japan devastated eight years ago by the nuclear and natural disaster of 11 March 2011.

As part of Japan's drive to create forward-looking and hopeful Games, the Japan Olympic Torch Relay will begin at the Olympic Village National Football Training Centre in Fukushima prefecture. This region is considered as a symbol of the country’s reconstruction after the earthquake, tsunami and nuclear disaster in 2011. This decision aims to highlight and encourage the country's efforts to recover from this ordeal, the consequences of which are still visible until today.

This first leg of the relay in Japan was due to start on 26 March 2020 but has been moved to 25 March 2021 to fit in with the new Olympic Games schedule. The flame will travel through the 47 prefectures of Japan for 121 days, aiming to highlight the cultural and tourist attractions of each region, and will end its journey at the opening ceremony on 23 July 2021.

Postponed until 2021, here's where you can find information on the new dates and calendar:

The torch design that will house the Olympic Flame for the Tokyo 2020 Relay was unveiled on 20 March 2019, exactly one year before its scheduled arrival in Miyagi from Greece.

The torch colour is rose gold and its design is centred around the theme of sakura. The Japanese cherry blossoms are the island’s most beloved flowers and their flowering begins at the end of March, at the beginning of the Olympic relay. In addition, the sakura blossom embedded in the torch structure is composed of five round petals, reminiscent of the five Olympic rings.

To create this torch, Tokujin Yoshioka collaborated with schoolchildren in the regions most severely affected by the 2011 earthquake and tsunami. It is from this collaboration that this unique design was born. Indeed, cherry blossoms are not only an emblem of Japan, they also represent hope and renewal. Their arrival marks the beginning of spring and the end of winter, they symbolise life and time passing, a very dear concept to the Japanese people.

In addition, the 71cm long and 1.2kg torch is made from aluminium recovered from temporary housing built to accommodate residents of the affected areas.

Japan has dubbed the 2020 Olympics, the "Olympic Games of Reconstruction". Through the creation of the torch, the Games’ organisers have shown their willingness to participate in the reconstruction of the affected regions and help people overcome the challenges and move forward.

Japanese schools abroad. It was these mascots, created by Ryo Taniguchi, which won. He defines them as futurist and deeply rooted in Japan is known as the country of mascots so naturally the organisers created some for the Tokyo Games! So Miraitowa (blue) and Someity (pink) were born, respectively representing the Olympic Games and Paralympic Games.

The name Miraitowa comes from "Mirai", which means future, and "towa", eternity. This name was chosen for the Olympic mascot to promote a future where the hearts of people around the world are filled with hope.

The name Someity comes from the word "Someiyoshino", a variety of cherry blossom popular in Japan, and the English phrase "so mighty". The mascot represents Paralympic athletes overcoming obstacles and redefining the boundaries of what is possible.

The 2020/2021 Tokyo Games mascots were chosen following a vote by 16 789 school pupils in Japan, as well as Japanese culture.

They were unveiled to the public on 22 July 2018 and quickly became a popular face of the 2020 Games! In Japan, you'll find stuffed toys, t-shirts, notebooks and many other products... They're fulfilling their aim of creating enthusiasm for the 2020/2021 Olympic and Paralympic Games in Tokyo.

For more information on the 2021 Olympic Games: