Oda Nobunaga: read about the life and times of the legendary warlord Oda Nobunaga 1534-1582. 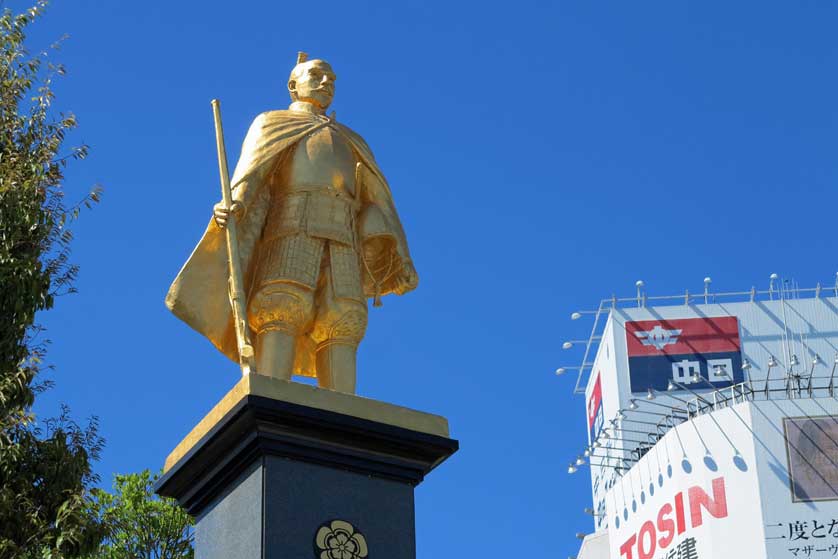 Oda Nobunaga is the first of the trio of great Japanese warlords along with Toyotomi Hideyoshi (1536-1598) and Tokugawa Ieyasu (1543-1616) whose military campaigns eventually united Japan after the chaos of the almost continuous civil war of the Warring States (sengoku jidai) period of Japanese history.

Oda Nobunaga is today remembered for his cruelty, ruthlessness and tactical skill as a general.

Known as a wild child and dissolute maverick in his youth, Nobunaga threw off the conventions of his time, embraced modernity in dress, personal behavior and military tactics to become the consummate strong man of his age.

Irreligious, he waged war on Buddhist sects, the ninja of Iga and Koga and indeed anyone who stood in his way. Nobunaga courted the Portuguese Jesuits in return for the secrets of European firearms and he promptly armed his forces with the new flintlocks to literally blow away any opposition to his power. 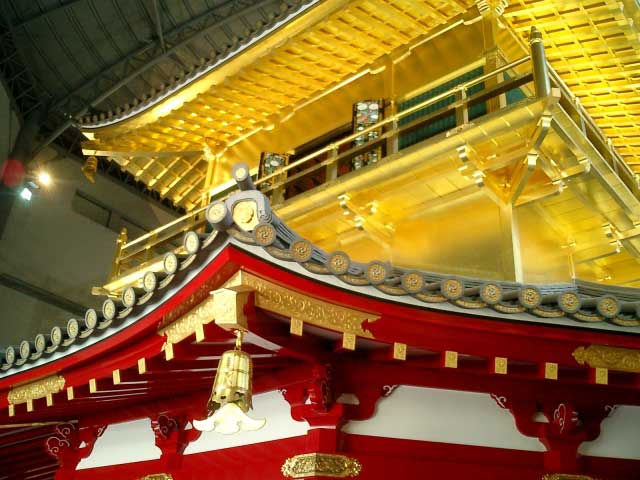 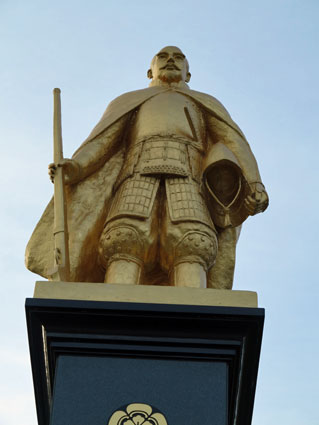 View of the Oda Nobunaga statue outside Gifu Station; Oda Nobunaga towers over Japanese medieval history. Here he is depicted with western style helmet and musket, the latter a decisive, technological innovation he brought to the battlefield

Born in the Owari (Nagoya) area in 1534, Oda Nobunaga was the son of a minor, local chieftain. After his father's death the twenty-year-old Nobunaga took over Kiyosu Castle from another branch of his clan and waged a campaign against his younger brother, who was killed.

By 1559, Nobunaga was the undisputed master of the territory surrounding present-day Nagoya, a strategically important area located on the main routes towards the capital Kyoto from the east.

Nobunaga's reputation as a brilliant general was sealed at the Battle of Okehazama, where his small force defeated the much larger army of Imagawa Yoshimoto. Nobunaga continued to consolidate his power in central Japan through war and alliances and he later took Inabayama Castle, which he renamed Gifu Castle and moved his power base to this area.

Nobunaga's intentions were becoming clear. His personal seal was now inscribed
tenka fubu (天下布武) - "Rule the Empire by force." Nobunaga planned to march on Kyoto to take the Emperor under his protection and restore Ashikaga Yoshiaki as shogun, though in reality Yoshiaki would serve as a mere puppet under Nobunaga's master plan. 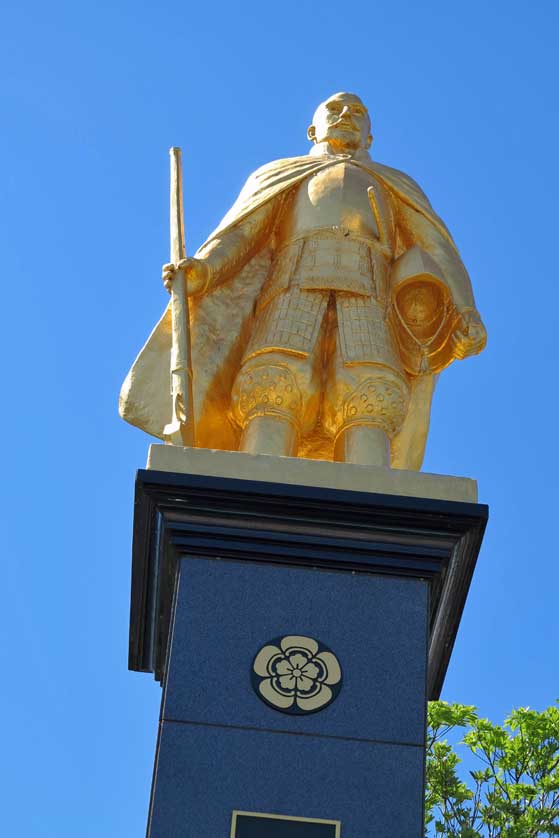 View of the Oda Nobunaga statue outside Gifu Station

In the early 1570's Nobunaga sought to consolidate his new-found power in the capital with a series of campaigns against his enemies, of which there were many. In 1571 Nobunaga attacked the warrior monks of Enryakuji on Mt. Hiei and destroyed them. His next move was against the Ikko sect, militant lay believers in Jodo Shinshu Buddhism, in 1574, amid great slaughter, he decimated their fortress at Nagashima in present-day Mie Prefecture.

A year later Nobunaga defeated Takeda Katsuyori, the son of his old enemy Takeda Shingen at a decisive battle at Nagashino. Nobunaga's use of firearms was decisive in this battle and his openness to new tactics defined his abilities and successes as a general and innovative military strategist. In 1581 Nobunaga decided to finish his old adversary and captured Kofu, the powerbase of the Shingen clan. Katsuyori was tracked down and killed the following year.

Nevertheless, within a year of the death of one of his greatest enemies, Nobunaga was also dead. Surrounded in Honnoji Temple in Kyoto by his own general Akechi Mitsuhide, Nobunaga was either killed in the fight or committed seppuku. However he met his end, the great man was dead. His tomb is in the grounds of Daitokuji Temple in Kyoto.

Nobunaga was above all a supreme general and his period of power is marked by a series of important historical and cultural events. The introduction of the musket and cannon into Japan by the Portuguese revolutionized warfare in Japan. Nobunaga's new castle on the shores of Lake Biwa at Azuchi was built to withstand these new technological advances with high stone walls protecting the central donjon (keep).

The Portuguese also introduced Christianity to Japan as well as the musket. The Jesuit Friar Luis Frois met with Nobunaga, known for his antipathy to various Buddhist sects, during the building of Nijo Castle and from this point on Japanese political events begin to be known in Europe.

In a fairly recent NHK poll Nobunaga was voted the "most influential man in Japanese history" and his legacy lives on to this day. At Kenkun Shrine in the north of Kyoto a festival takes place annually on October 19, the day the warlord marched into the city. Participants in period costume fire historic flintlock muskets in a re-enactment of Nobunaga's campaigns.