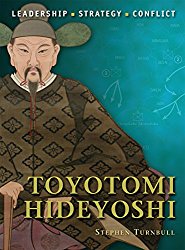 Toyotomi Hideyoshi is the second of the trio of great Japanese warlords along with Oda Nobunaga (1534-1582) and Tokugawa Ieyasu (1543-1616) whose military campaigns and political maneuvering eventually united Japan following the anarchy of the almost continuous bloodshed of the Warring States (sengoku jidai) period of Japanese history.

Little is known about Hideyoshi's early life, though he is thought to have been born to peasant stock somewhere near the present-day Nagoya Station.

Hideyoshi became a soldier in the army of Oda Nobunaga and is believed to have taken part in the defining Battle of Okehazuma in Nagoya in 1560. The next year he married Nene (Sugaihara Yasuko), the adopted daughter of Asano Nagamasa, who was to become Hideyoshi's chief adviser in later life.

Hideyoshi gradually became one of Nobunaga's most trusted lieutenants and it was Hideyoshi, who avenged his master's death at Honnoji Temple in Kyoto at the hand's of another of Nobunaga's sub-ordinates, Akechi Mitsuhide. At the Battle of Yamazaki, Akechi was defeated and killed by Hideyoshi's forces. 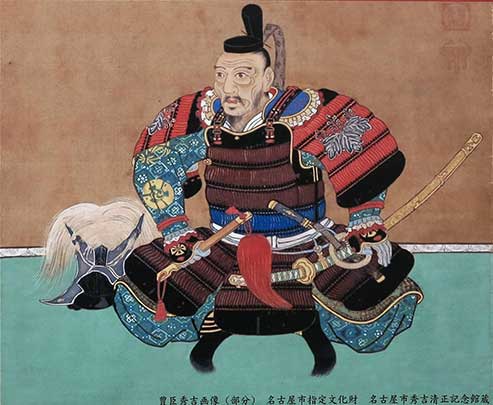 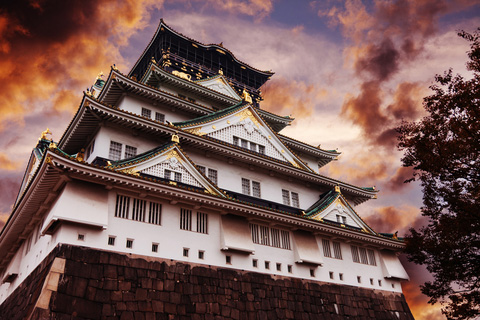 View of the reconstructed Osaka Castle - Toyotomi Hideyoshi's power base

Rise To Power of Toyotomi Hideyoshi

After deliberations among the Oda clan at Kiyosu Castle Hideyoshi backed Oda Hidenobu, a younger son of Nobunaga against his older brother Oda Nobutaka, to succeed their father.

Hideyoshi eventually took over control of the Oda clan and domains himself after a number of inconclusive skirmishes at Nagakute and Komaki in present-day Nagoya between his forces and those of Oda Nobutaka, who was allied with another regional warlord, Tokugawa Ieyasu.

In 1583, Hideyoshi began the construction of his powerbase at Osaka Castle, a huge fortress on the site of the previous Ishiyama Hongan-ji Temple, destroyed by Nobunaga. By 1585, Hideyoshi was proclaimed regent (kampaku) by the Imperial court in Kyoto and took the name of Toyotomi the following year. 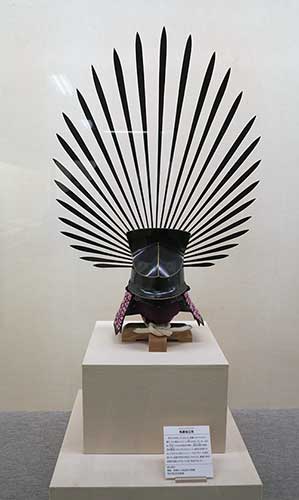 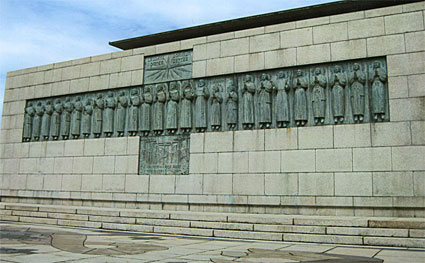 Toyotomi now began the subjugation of western Japan: Shikoku, Kii (Wakayama) and ultimately Kyushu, where he defeated the powerful Shimazu clan. His final battle on Japanese soil was against the Hojo clan at Odawara in Sagami in 1590. After their defeat, he forced them to commit suicide and handed their lands to his now ally Tokugawa Ieyasu - moving his rival away from the center of power around Kyoto.

During 1582-1583, Hideyoshi had commissioned a great survey of Japan, which allowed him to increase taxes and, as a result, his power. In 1588 he began the so-called "sword hunt" where all peasants were expected to surrender their arms on pain of death. This move solidified the social structure in Japan as it forced previous "farmer-samurai" to choose between agriculture and soldiering rather than continuing to do both. Samurai now moved from the land to take up residence in castle towns.

It was also around this time that Hideyoshi formally expelled all Christian priests from Japan, though in actuality, many individuals remained, some of them seemingly with the protection of the great man., who was anxious to maintain valuable trade links with the West.

However in 1597 Toyotomi Hideyoshi had twenty-six Christians crucified in Nagasaki - where they are remembered as the "Twenty-six Martyrs of Japan." This act can be seen as laying down a warning to the Spanish in Manila, who were anxious to expand their influence in Japan, as the priests were Franciscans , and some of them had entered the country without official permission. 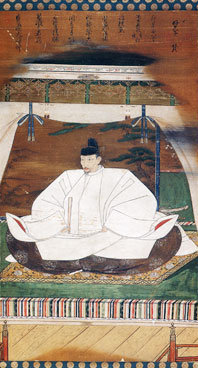 Hideyoshi seems to have become more ruthless as he grew more powerful and in the 1590's he began a campaign to attack Ming China through Korea from Kyushu. Over 100,000 samurai laid waste to large parts of Korea, devastation still remembered today. The noses of slain Korean soldiers and civilians were brought back to Japan to quantify how the campaigns were progressing and a mound of these body parts can still be seen at Mimizuka (Ear Mound) in Kyoto.

Ultimately the campaigns in Korea, known as the Imjin War, were unsuccessful and Hideyoshi's armies were forced to withdraw.

Toyotomi Hideyoshi died while his young son, Hideyori (from his concubine Yodo-dono) was still an infant setting the scene for yet more civil war in Japan until the decisive Battle of Sekigahara in 1600, won by Ieyasu Tokugawa against one of Hideyoshi's chief administrators, Ishida Mitsunari. Hideyori and other male members of the Toyotomi clan were wiped out at a siege of Osaka Castle in 1615 by the forces of Ieyasu Tokugawa.

Hideyoshi was a patron of the arts in Japan, particularly the tea ceremony and Noh theater. His association with the tea master Sen-no-Rikyu is legendary, though Hideyoshi forced him to commit suicide after an argument in latter life.