Ginza Line: read a guide to the Ginza Line of Tokyo metro, the oldest subway line in Japan and Asia that runs from Shibuya to Asakusa.

The Ginza Line is Japan's and indeed Asia's oldest subway line with work begun in 1925. 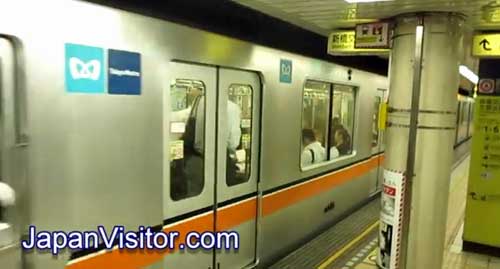 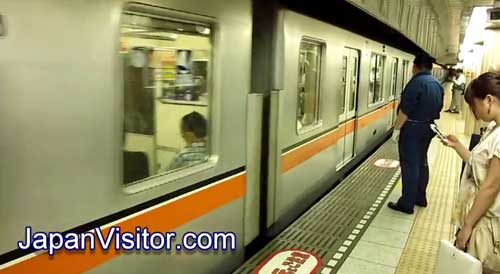 The Ginza Line is the oldest subway in Tokyo with the Marunouchi Line the next oldest line in Tokyo. The Midosuji Line in Osaka is Japan's second oldest subway line.

The Ginza Line was the brain-child of Japanese businessman Noritsugu Hayakawa (1881-1942), who was inspired by a ride on the London Underground in 1914. The first section of the Ginza Line from Ueno Station to Asakusa was completed in 1927. The Ginza Line expanded to Kanda Station in 1931 and reached Shibuya in 1934. 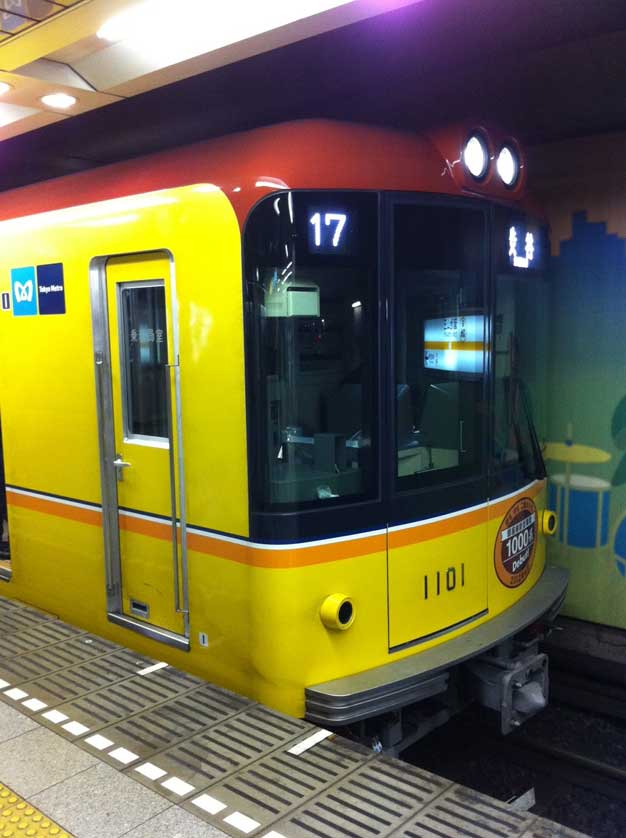 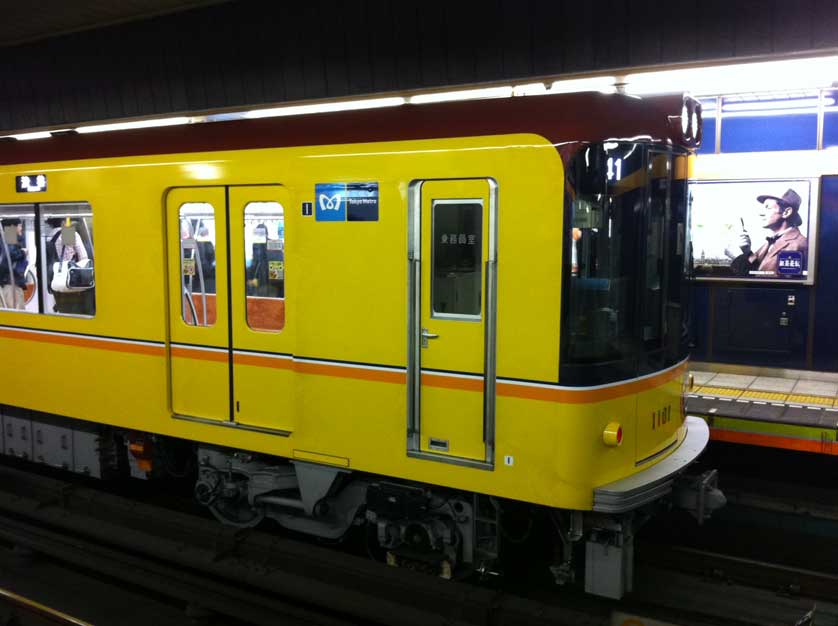 Subway services are a little less frequent on weekends and public holidays. There are things you can do if you miss the last subway and have to wait until the first train the next morning. 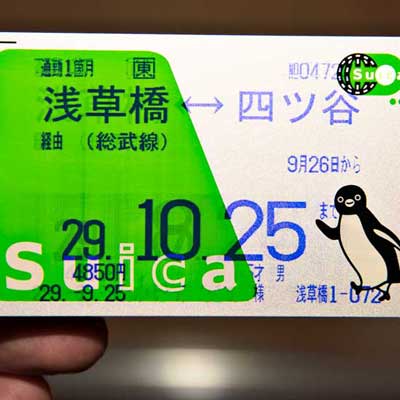 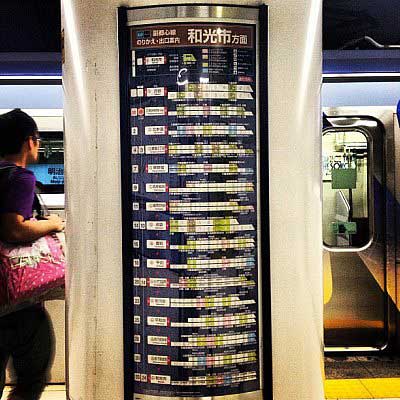 Here are some useful tips for using the Tokyo subway system.

1. First buy a pre-paid smartcard, such as a Suica or Pasmo (if purchased in Tokyo, different if purchased elsewhere). They require a refundable 500 yen initial charge, but make subway use much easier than having to buy a paper ticket at a station whenever you ride a train. Simply touch the card for a second on the sensor at the ticket wicket as you pass through.

2. Identify in advance the number of the exit you will need to take at the destination station and ...

3. having identified that exit, board the car closest to that destination exit. You will save time (and be less likely to get lost) if you can board the car that will stop closest to the destination station exit you will leave from. There are charts for that purpose on the station wall, telling you the appropriate cars for each exit at each station, or you can ask a station attendant. " no deguchi ni oriru no de, dono sharyo ni noreba ii desu ka."

4. Mind your manners. Don't eat or drink on the train, remove your backpack if you're standing, don't put luggage on the seat beside you, don't talk on your cell phone, and if you're talking to people, try and keep it subdued.

The Oedo Line operated by Toei is a large subway loop line around Tokyo that also has a long branch line to its north-west.