The historic and atmospheric Asakusa district is in Taitō ward in the north of central Tokyo. It is most famous as the home of the popular Sensō-ji Temple.

Each train line has its own "Asakusa" station: a total of four, making for potential confusion, especially since only three of them are connected to each other by underground pedestrian passages. The following explanation takes the famous Kaminarimon Gate of Sensō-ji Temple as Asakusa's center point.

Asakusa Station on the Ginza Line

The Tokyo Metro Ginza Line's Asakusa Subway Station is the most central, its Exit 1 being only 60 meters from Kaminarimon. This "Asakusa" station is located on the intersection of Edo-dōri and Kototoi-dōri.

This is the terminal station of the Ginza Subway Line. Its station code is G19

For some history, the Asakusa Station on the Ginza subway line was the starting station of what was Japan's first subway line, linking Ueno Station to Asakusa, opening in 1927. The station's ticket wicket reflects this history in its faux antique decor, and has art deco posters and a newspaper from December 30th 1927 displayed proclaiming the opening of the line.

The Tobu Skytree Line's Asakusa Station is the most easily identifiable, as it is on the second floor of the big classic 7-floor Matsuya Ekimise department store. The Tobu Line station is right beside the Ginza Line station, just north of it, and the Ginza Line station's Exits 7 and 8 connect to it.
The Tobu Skytree Line is named after the most famous feature on the line, the Tokyo Skytree, and goes north all the way to Tobu Nikko Station in Nikkō, Tochigi Prefecture. Tobu Skytree Line Asakusa Station is the most convenient railway station for visitors to Tokyo to begin their journey to see the Tokyo Skytree, the mausoleum of Tokugawa Ieyasu in Nikko and onward to Lake Chuzenji and the Kegon Falls as well as the Kirifuri Highland and Kawaji Onsen area.

This is the terminal station of the Tobu Skytree Line. 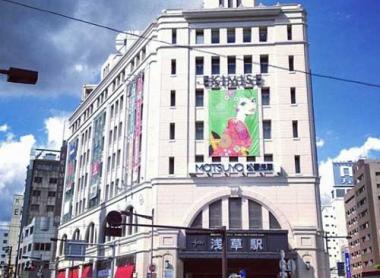 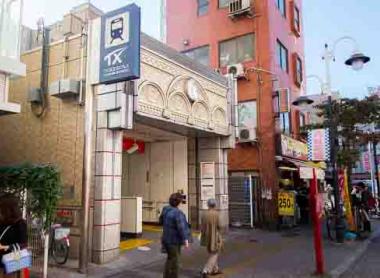 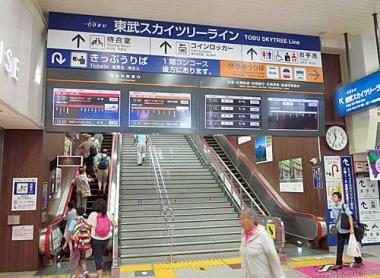 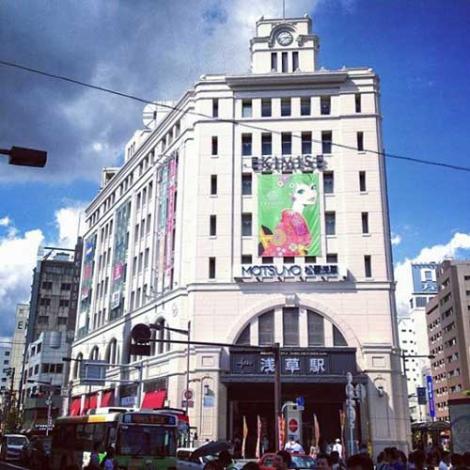 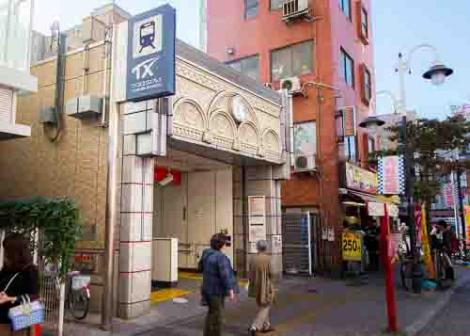 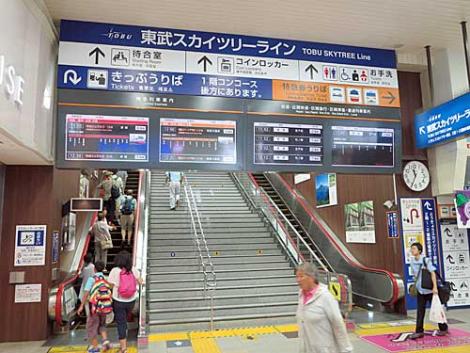 Asakusa Station on the Asakusa Line

The station south of it is Kuramae, the station east of it is Honjo-Azumabashi.

The above three Ginza Line, Tobu Line and Asakusa Line stations are all interconnected underground.

The station south-west of it is Shin-Okachimachi, the station north of it is Minami-Senju.

The Asakusa Station area retains its shitamachi (old city) feel and is a good place for shopping for traditional Japanese arts and crafts. The Ekimise shopping mall is housed in the same building as Asakusa Station on the Tobu Skytree Line.

The Tobu Skytree Line station has ramps and elevators (Main Entrance) for full barrier-free access, as well as wheelchair-friendly toilets.

The Asakusa Line station has a street-level elevator at Exit A2-b, and has wheelchair-friendly toilets.

The Tsukuba Express Line station has elevators for full barrier-free access (Exit A1), as well as wheelchair-accessible toilets.