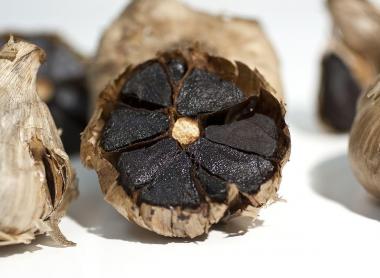 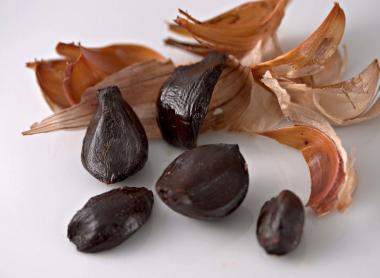 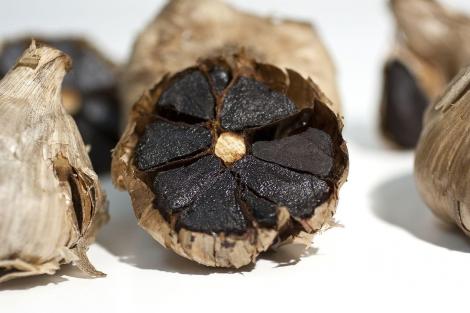 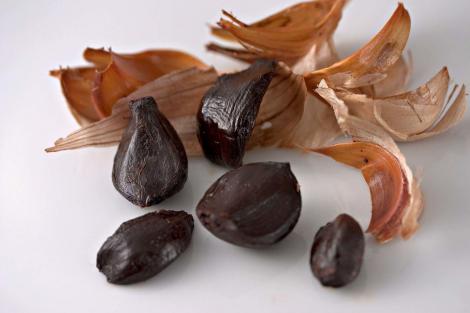 Both medicine and food

The true origins of black garlic are unknown. According to some sources, it originated in Korea more than 4,000 years ago. According to others, in Japan. Wherever it came from, black garlic is a very popular ingredient in East Asian cuisine, especially in Japan where it is considered a functional food (a food with health benefits).

Black garlic produced in the Land of the Rising Sun is interesting, as it has developed a very elaborate production technique. This food has become world-famous thanks to recent scientific research that has revealed its exceptional virtues.

Black garlic, kuro ninniku in Japanese, is ordinary garlic (of the allium sativum variety) where the whole heads have been aged under specialised conditions - heated at low temperature, between 60 to 77°C (140 to 170°F), with a humidity level of 70% to 90%, for at least 2 weeks and up to 60 days. The transformation of taste, texture and color of the garlic cloves is a result of this very slow caramelization, known as the 'Maillard reaction', a chemical reaction between sugars and proteins that occurs during the cooking of a food. While the cloves take on a charcoal color, the outer peel remains white.

The taste of black garlic is very subtle and reminiscent of balsamic vinegar and licorice. The cooking method reduces its allicin content, and black garlic is much softer than white garlic and its texture is very smooth. For the Japanese it showcases umami, "the fifth flavor".

It was a Japanese researcher, Professor Jin-ichi Sasaki, who first demonstrated the health benefits of black garlic and has helped contribute to its popularity. People were already aware of the benefits of white garlic, but the amount of antioxidants contained is increased tenfold once the garlic is "caramelized". It is also much more easily absorbed by the body.

In short, it's good for you, and regular consumption of black garlic is recommended by the WHO.

In Japan and abroad, it is sold as a bulb or in cloves, fresh or dried, and also in the form of dietary supplements like tablets. Its cloves can be eaten with both savory and sweet dishes, or can be enjoyed as is, as a tasty treat that could also be considered an elixir of youth...