Hakata Dolls: read an introduction to the art of making Hakata Dolls, an historic tradition of the city of Fukuoka.

Hakata Dolls: All Dolled Up in Fukuoka

The largest city on the southern Japanese island of Kyushu, Fukuoka is actually two cities - Fukuoka and Hakata - rolled into one. When the two merged in 1889 the name Fukuoka was applied to both, but many of the city's residents still think of their home as Hakata. Today Hakata dolls - or ningyo - are one of Fukuoka's most iconic symbols and enduring crafts.

Craftsman from many regions of Japan are noted for their dolls, but Hakata dolls are perhaps the most famous. "Made from unglazed porcelain, the roots of these ningyo can be traced back over 400 years, when the local daimyo (feudal lord) co-ordinated the efforts of the Hakata region's artisans," explains Harry Sargant of Inside Japan, a British company that organizes tours of Fukuoka. 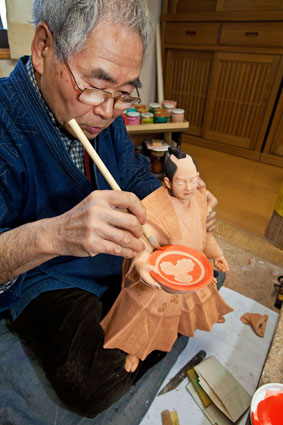 Today the dolls of Hakata remain very popular in Japan, both as ornaments and as reminders of Fukuoka's rich culture and heritage. While most ningyo on the market are contemporary, a small number of more valuable vintage figures date from the post-Second World War period, when many dolls were taken back to the US by servicemen as souvenirs.

The first step of Hakata ningyo production is to sculpt the figure out of locally sourced clay using a knife and spatula - the insides are hollowed out to make the doll lighter. The figure is then allowed to dry outside for 10 days, before being baked in a kiln at 900 degrees for eight hours. Finally, vegetable pigment-based paints are used to add colour after the ningyo has dried. 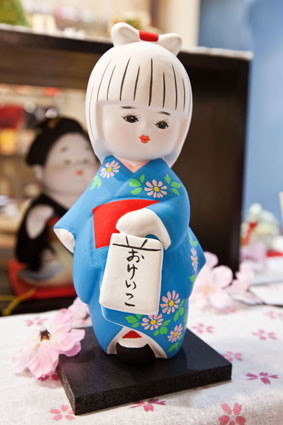 "We often use real gold and silver powder to decorate the more expensive dolls," explains 70-year-old master craftsman Kuniaki Takeyoshi. "I scrape the gold with fish teeth to make it shiny. It's an old technique. In the past I used dog's teeth, but these are harder to come by these days." Takeyoshi's dolls sell in outlets across Japan for up to ¥1.6 million (US$20,000).

Despite the financial incentives, doll making is not an accessible or highly sought after career choice for Fukuoka's younger generation. A highly skilled profession, it requires years of dedication just to pick up the basics - the first two years of study are reputed to be the most difficult. In the past courses were run at a community centre in the city to teach aspiring craftsmen, but this has now closed. 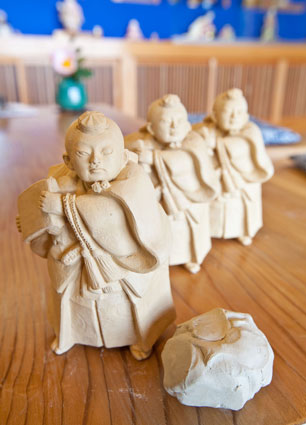 It's certainly a difficult task inspiring the next generation of doll makers," says Takeyoshi, who is also President of the Fukuoka Doll Making Union. "There are about 70 master craftsmen alive now. The only way for younger people to learn is to become an apprentice and study from one of these masters, but not so many are interested. The pace of life is faster these days, attention spans are shorter."

Undeterred, Takeyoshi is doing what he can to promote the art of doll making. Through events, meetings and government liaison, the Fukuoka Doll Making Union works to encourage interest from youngsters, as well as to market ningyo at home and abroad. 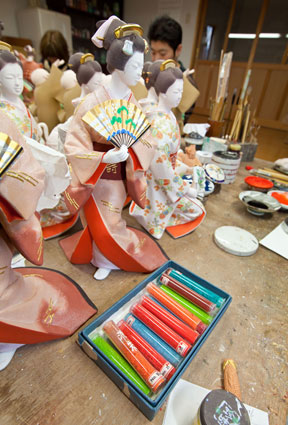 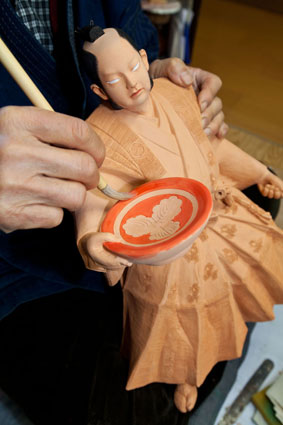 The master adds the finishing touches to a Hakata doll

The Future of Hakata Ningyo

Despite belonging to such a rare fraternity, Takeyoshi remains unconcerned about the future. The sprightly septuagenarian believes supply will always meet demand.

"Among many Japanese people there has been a resurgence in interest in our cultural heritage," he says. "More and more people are interested in buying dolls. Some craftsmen are also innovating with styles and characters. This keeps things fresh and fashionable." 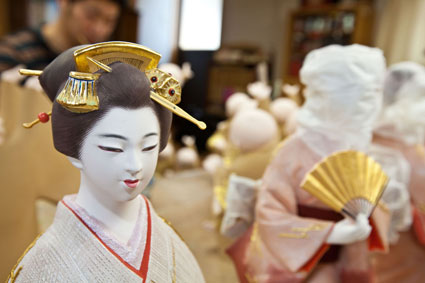 Hakata Dolls make for a high quality souvenir from Japan 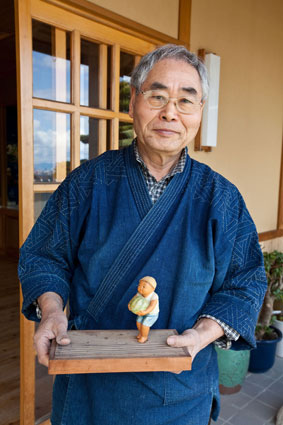 The month of July is highlighted in the calendar of many a Hakata ningyo maker. At this time every year Fukuoka lays on the spectacular Hakata Gion Yamakasa Festival, one of Japan's biggest celebrations. On July 1, floats called kazariyamakasa are set up in different parts of the city. Made by master craftsmen such as Kuniaki Takeyoshi, these floats are about 16 meters high, and sumptuously decorated with magnificent dolls that illustrate various historical or legendary tales.

The Hakata Gion Yamakasa culminates with the "oiyama". Starting at 4:59 am on July 15, this involves seven different teams of men called "nagare", who race through the streets of Hakata carrying a float called a kakiyamakasa on their shoulders. The route is five kilometers long and the fastest team wins.

Those not in town to witness the Hakata Gion Yamakasa can watch it on a video at the Hakata Machiya Folk Museum, close to Fukuoka's Kushida Shrine. There is also a small doll museum with shop in the base of the Fukuoka Tower, and there are numerous shops selling beautiful ningyo around the city's main train station - Hakata Station. 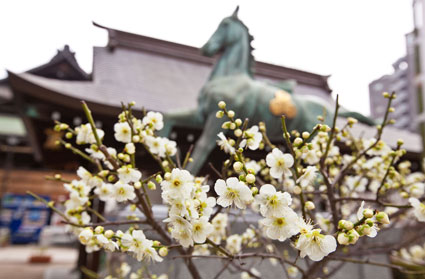