Higanbana: the Higanbana, Red Spider Lily, Lycoris or Cluster Amaryllis flower can be seen in September in rice paddies and graveyards.

Higanbana - The Flower of the Dead 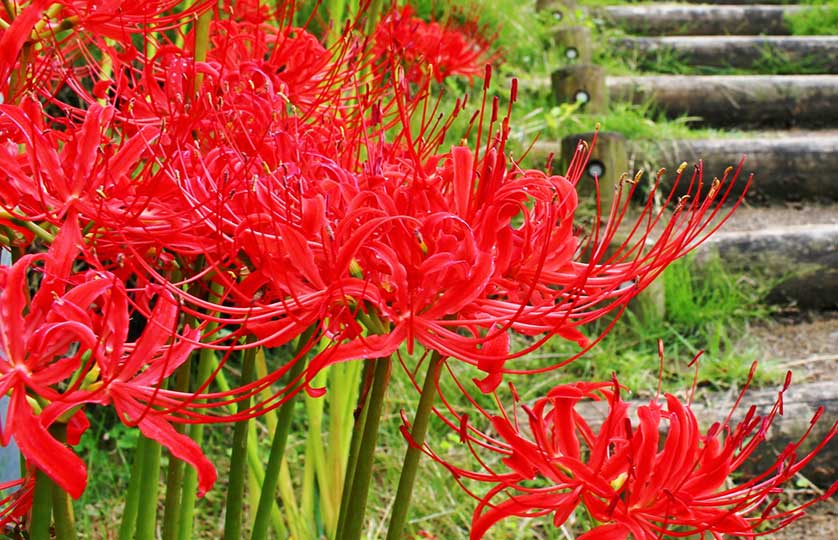 O-higan is the day of the autumn equinox and it's a national holiday in Japan. From this day on, September 23rd to be correct, the dark of night will become longer than the day-light period. It's time to get serious about the ghosts that haunt the long winter nights.

Time to take care of the unruly, potentially vengeful souls of the ancestors. In fact, higan translates as the "other shore" - the land of the dead. Thus o-higan is the day to visit the family graves and to pray for the well-being of the departed souls.

Old countryside graveyards will be densily covered with bizarrely shaped crimson flowers brightly glistening in the autumn sun. Like violently shed blood rising straight out of the ground.

That's the higanbana, a flower invariably sprouting up at exactly this time of year. Thus the name: higanbana translates as the "flower of autumn equinox". In English, they are known as the Red Spider Lily, Lycoris or Cluster Amaryllis.

The best way to enjoy their dark beauty on a sunny, autumn day is a stroll through the rice paddies. The deep red flowers growing alongside the bright yellow rice fields ready for harvest make for a colorful contrast.

Rice farmers don't put them there solely for aesthetic reasons, though. As with any Amaryllis, their bulbs are poisonous. They are supposed to keep moles, mice and other hole-digging vermin, that might damage the crops, at bay.

The flowers grow in graveyards for the same reason - to keep wild animals from feasting on the corpses. At least, that was their purpose in the olden times before cremation became the general rule.

Originally, the plant came from China. But only it's female variety made it to Japan. Thus, missing the male part, the higanbana cannot reproduce via pollen like most other flowering plants do. They can grow only from bulbs and as bulbs don't fly with the wind, human intervention in one form or another brought them to where they grow now. 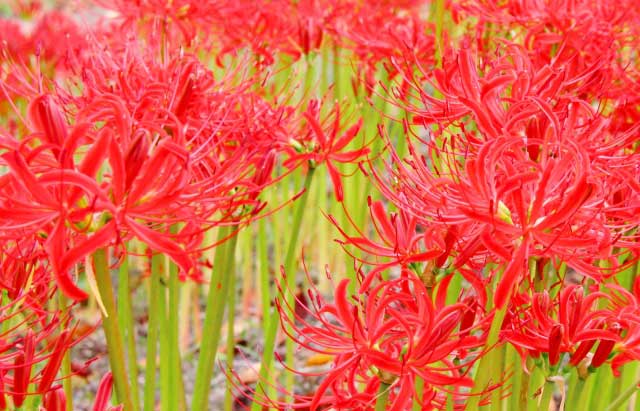 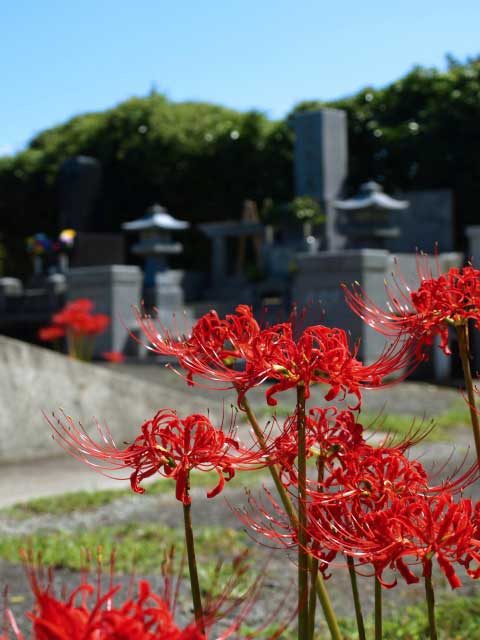 Another peculiarity of the flowers is that the blossoms and the leaves never meet. The blossoms unfold on the end of a long shaft sticking out straight from the ground. Once the blossoms wilt away and the shaft rots, the leaves turn up. So, there is no way to see the plant as a "complete set" - one part will always be missing. In China and Korea, this has led to the flower being considered a symbol of separation, of the lovers that shall never meet.

But whatever sad thoughts the higanbana seems to invoke among some people, first and foremost they are truly beautiful. Don't miss the season, travel out of the city and enjoy them. But make sure to leave them there. As another old legend has it, if you bring a higanbana into your house, your house will catch fire. 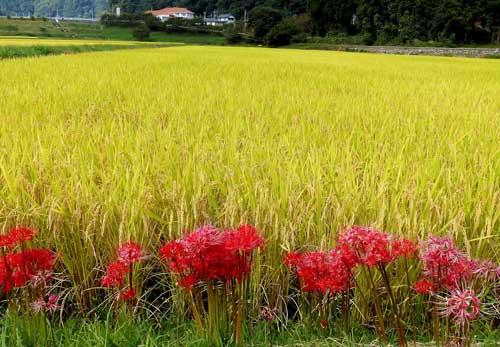 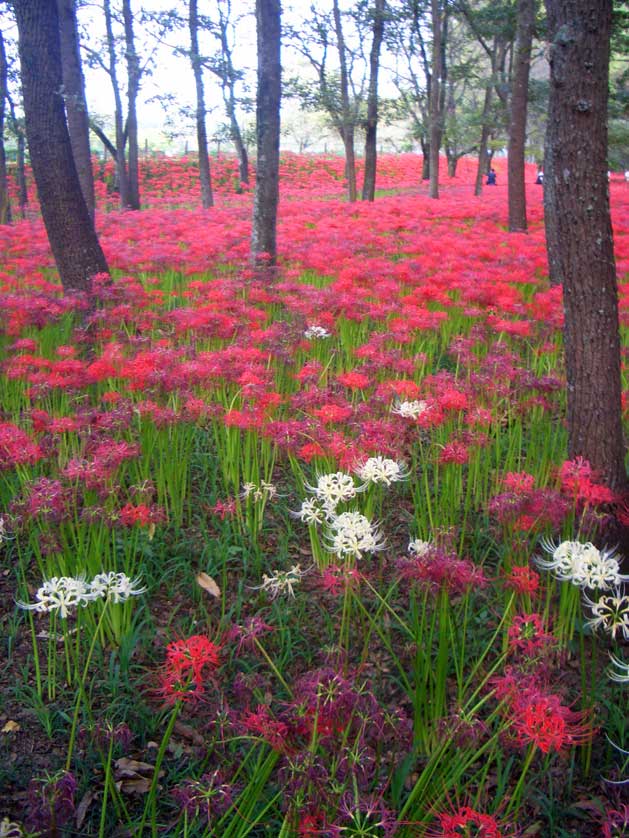 Mount Hiwada & Kinchakuda in Saitama Prefecture are known for their fields of higanbana.

The views expressed in this article are solely those of the author.A version of this article first appeared in Kansai Time Out magazine.