Emperor Heisei is the first Japanese emperor in about 200 years who retires from his position before passing away. On May 1st 2019, his son Naruhito will take over the reign. 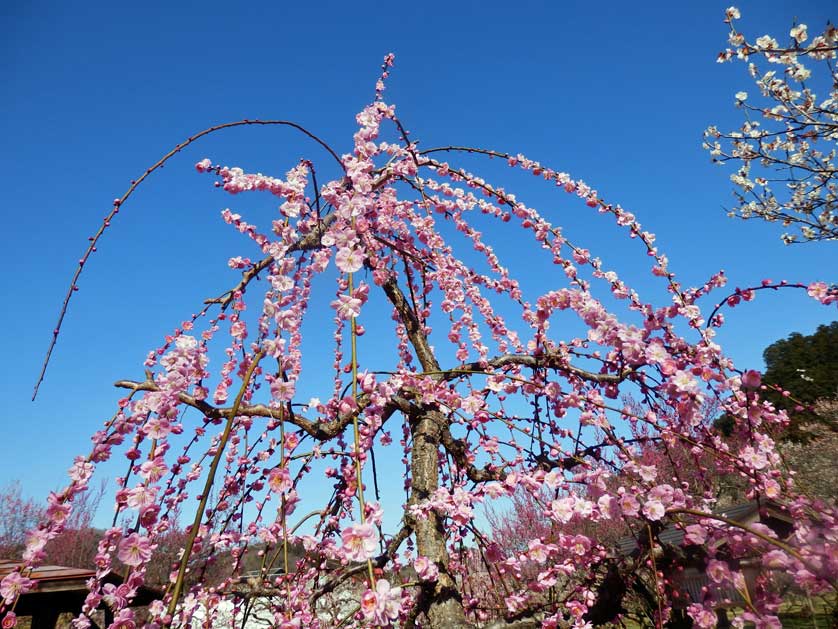 Since this was a planned abdication, scholars and political advisers had plenty of time to decide on a new era name under the gengo system. The gengo system attributes a particular name to the era during which an emperor sits on the throne. The emperor bears this name only following his death. (From the day of his coronation until either his death or retirement he is known as Kinjo Tenno or Tenno Heika ).

The two Chinese characters spelling the name and creating the officially announced meaning of "Beautiful Harmony" were taken from the Manyoshu, the first great collection of Japanese poems, published in about 759 A.D.

That was a first. Previously, the names for the reigning periods of Japanese emperors had always been taken from classical Chinese literature.

The two characters forming the word reiwa appear in the introduction to the section "Thirty-Two Poems on Plum Blossoms":

It was in new spring, in a fair (Rei) month,
When the air was clear and the wind a gentle (wa) breeze.
Plum flowers blossomed a beauty's charming white
And the fragrance of the orchids was their sweet perfume. 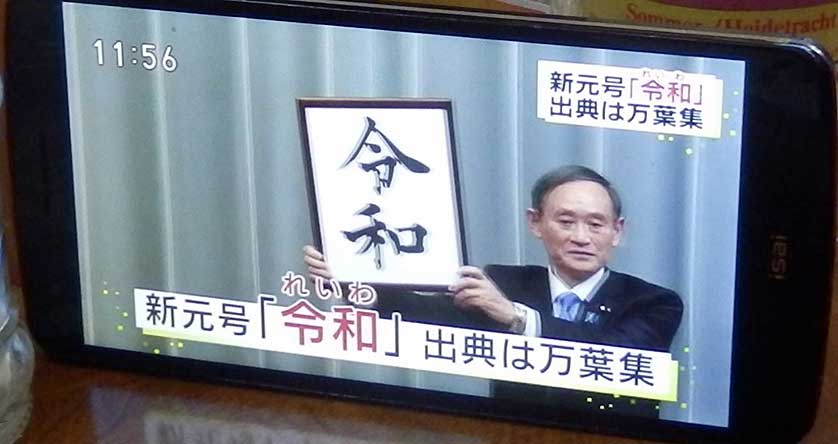 The Manyoshu (Collection of Ten Thousand Leaves or Collection of Multiple Leaves) is a collection of 4,516 poems in 20 volumes covering a wide range of topics, from life in the imperial capital of Nara to travel to the beauty of nature to the pleasures of sake, just to mention a few.

The poems were written by emperors, court ladies and other members of the nobility, by poets famous at their time as well as by a good number of common people.

Otomo no Yakamochi (718-785), a Nara Period government official, wrote some of the latest entries and it was he who completed the collection in about the year 759.

The Manyoshu was originally written entirely in Chinese characters. Some of them were used for their meaning, some for their sounds. The latter ones became over time more and more simplified until they turned into the hiragana and katakana letters used today.

Many Chinese characters were however used in both capacities, they were used for plays on words and meanings, as puns and to provide additional layers of interpretation.

Scholars have been arguing from the time of publication about the meaning of many of those expressions.

The Manyoshu is still very popular in Japan today. A multitude of pocket books offering "best of" selections of the Manyoshu poems is available in Japanese bookstores. People take those pocket books on hiking trips, people recite from them. They are part of daily life.

The Manyoshu does offer quite a few fun poems after all. "The Thirteen Poems in Praise of Wine" (or rather sake) written by Lord Otomo no Tabito (665 - 731), the father of Otomo no Yakamochi, are eternal favorites. This is one of them:

How ugly!
Those men who,
with airs of wisdom
refuse to drink wine.
Take a good look,
and they resemble apes.

Many of the selections also contain the "Thirty-Two Poems on Plum Blossoms". They are considered especially beautiful.

The imperial era name Reiwa was thus not taken from some obscure part of the Manyoshu but from one of its still most popular poems. 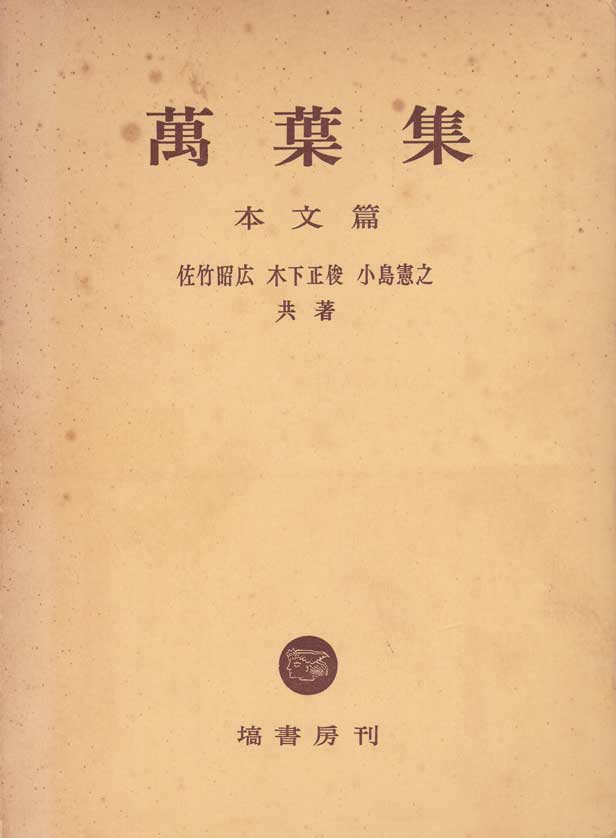 Japanese edition of the complete Manyoshu printed in 1981 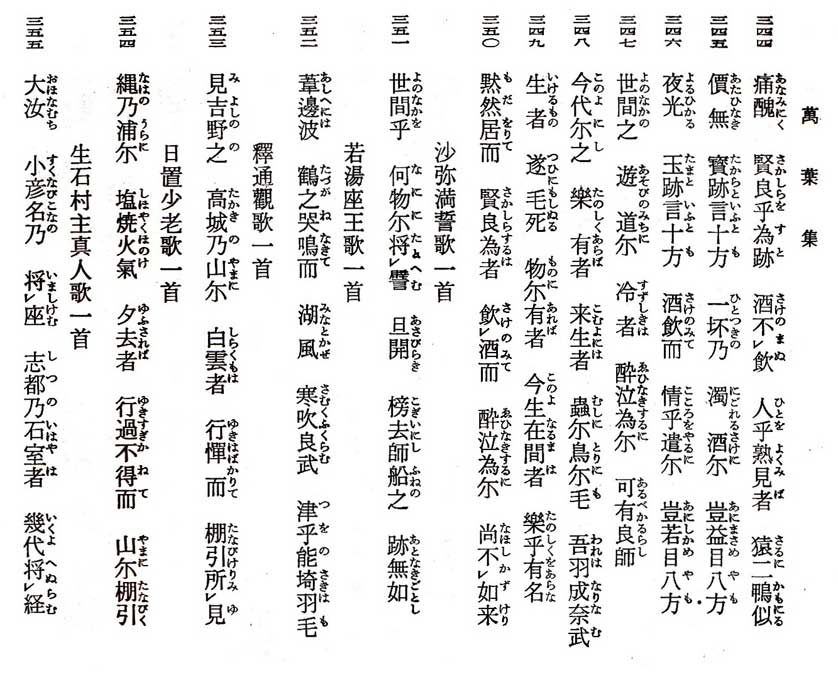 In the Nara Period (710 - 794), plum blossoms were considered the most beautiful of blossoms.

It was in Heian Times (794 - 1192) that the attention shifted to the still celebrated cherry blossoms.

The first attempt at translating a longer poem from the Manyoshu into a western language was undertaken by the German linguist Julius Klaproth (1783 - 1835). Klaproth spoke fluent Chinese, Mongolian, Sanskrit and other Asian languages.

Japan was still closed to foreigners during Klaproth's lifetime. Klaproth traveled, however, to Siberia in 1834 and worked there on his translation with Japanese fishermen who had drifted off their homeland and who were forbidden to return.

Those illiterate fishermen were not exactly reliable partners when it came to the interpretation of 8th century poetry.

From the Meiji Period (1868 - 1912) on, numerous translations of Manyoshu poems were published, most notably by the British scholar and Japanologist Basil Hall Chamberlain (1850 - 1935).

The most widely available English-language edition of the Manyoshu dates back to 1940. In that year, a selection of 1000 Poems from the Manyoshu was published under the title The Manyoshu: The Nippon Gakujutsu Shinkokai Translation of One Thousand Poems. It was the work of a group of Japanese scholars, named the Nippon Gakujutsu Shinkokai Japanese Classics Translation Committee, working in close collaboration with Tokyo resident English poet Ralph Hodgson (1871 - 1962).

Re-issued by Columbia University Press in 1965 and continually in print since then, the Nippon Gakujutsu Shinkokai edition is currently the most easily available and most affordable English translation of the Manyoshu.

A complete translation of all the 4516 poems in the Manyoshu titled The Manyoshu: A New and Complete Translation was published by Japanese scholar H.H. Honda in 1967 through Hokuseido Press. The book has long been out of print and purchasing a copy today is rather costly. 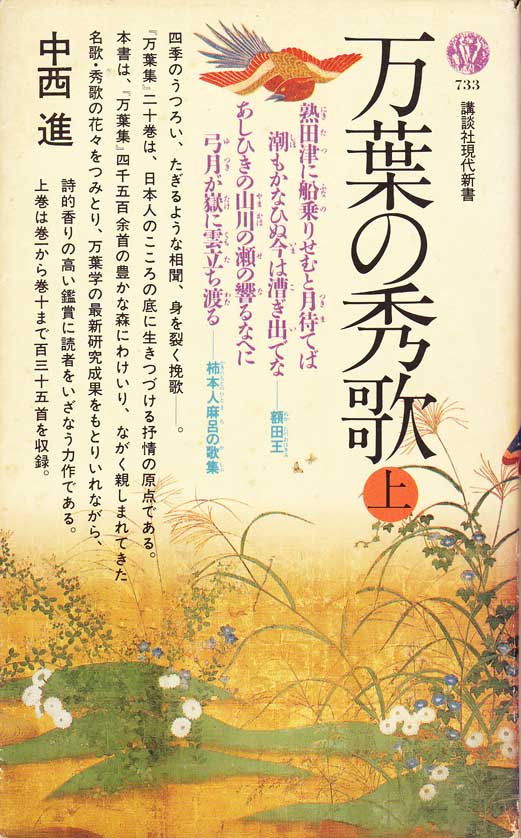 A more recent Manyoshu scholar is Ian Hideo Levy. Known in Japan as Ribi Hideo (リービ 英雄), Levy was born in Berkeley, California in 1950. His father was a diplomat deployed to East Asia. Thus, Levy grew up in Taiwan, Hong Kong and from 1967 on, in Japan.

His translation of a selection of Manyoshu poems, titled The Ten Thousand Leaves, won him the 1982 National Book Award in the Translation Category.

Levy gained fame in Japan for his Japanese-language fiction writing which won him several prestigious Japanese literary prizes. He was for example the first foreigner to win the Noma Literary New Face Prize in 1992, he was a nominee for the Akutagawa Prize in 1996. 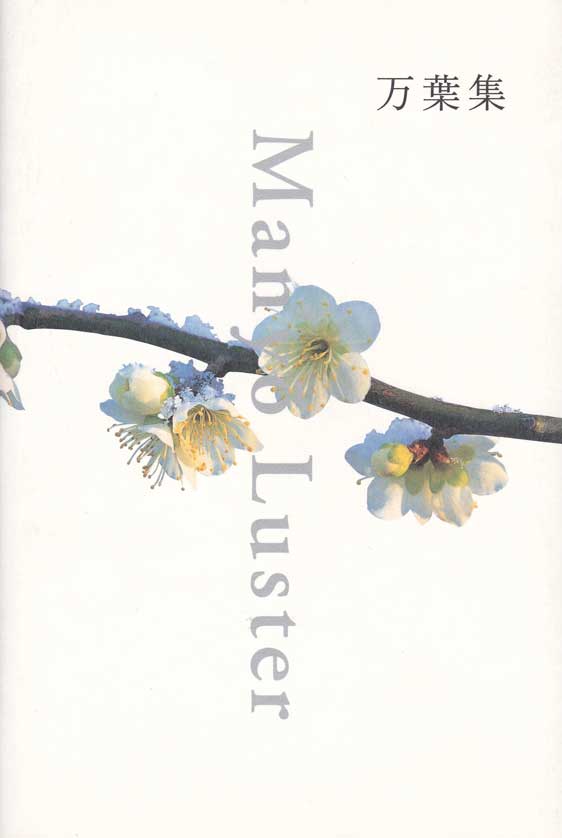 Over the years, Levy returned again and again to the Manyoshu, publishing short selections in English and reflecting in Japanese-language publications on the challenges of such translations.

The Man'yo Luster is a bilingual edition of about 200 Manyoshu poems combined with fitting atmospheric photos of traditional Japanese sceneries by Hakudo Inoue. Kazuya Takaoka designed the book and its cover.

The book is a piece of art in itself. As such, it's not a pocket book you might want to take with you on your travels.

Ideally, it's a book you keep in that tatami floor room of your house with the view onto the Japanese garden outside.

Sit down with a traditional Japanese tea set and a few Japanese sweets, pour a cup of hand-picked quality green tea and casually peruse the pages.

Hakudo Inoue's photographs feel timeless. They depict Japan today, of course, but Inoue could just as well have been called in by a Nara era emperor to take the same images. Images of nature, images of ancient rituals, images of the rice harvest, most of them taken in and around Nara.

The page-filling images correspond perfectly to Levy's translations of the ancient poems - poems that, as noted by Levy in the introduction, seem to have been written only yesterday.

Their deep spiritual connection to nature and their depth of understanding human desires and sorrows make them quite contemporary. 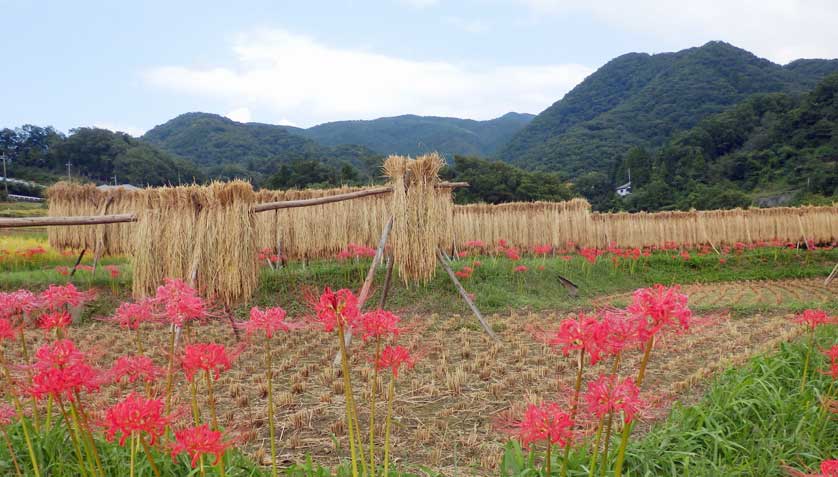 The Manyoshu (Collection of Ten Thousand Leaves) is a collection of 4,516 poems from the Nara Period in 20 volumes covering a wide range of topics.