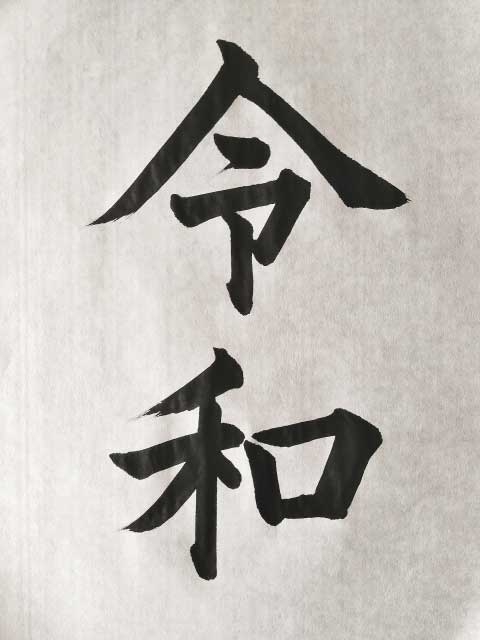 The kanji for Reiwa the new era name 令和

Kanji are symbolic Chinese characters used to write the Japanese language. Japanese supplements kanji with the phonetic scripts of hiragana and katakana, but kanji is the basis of written Japanese.

Japanese was purely a spoken language before the introduction of kanji from China, via Korea, in the 5th and 6th centuries A.D.. The main use of kanji in Japan at that time was for official diplomatic documents and Buddhist texts. The art of writing those characters, i.e., calligraphy or shodo in Japanese, became essential for learning, and is still a required subject in Japanese elementary schools.

But Japanese is a completely different language from Chinese, so two supplementary phonetic "alphabets," hiragana and katakana, were developed from kanji to ease along what was essentially a difficult marriage between the Chinese writing system and the Japanese language.

The building blocks of each individual kanji are ideographic elements known as radicals, or in Japanese bushu (部首), of which there are 214. Many kanji comprise a single radical, however most are a combination, with each radical taking one of fourteen possible positions, such as top, bottom, left, right, corner, enclosing, etc.

Kanji are listed in the dictionary by stroke number, i.e., how many lines or dots it takes to write it. A single stroke is usually just a line or a dot. A kanji dictionary begins with the kanji for "one": a single horizonal stroke: 一. and ends with the incredibly complex 23-stroke kanga 鑑 (meaning "to heed" or "be mindful of").

In China, each kanji has only one pronunciation, but in Japan things got more complicated as a result of having to superimpose this imported system on the very different Japanese language. Japanese kanji retain the original Chinese pronunciation (or "reading"), which is called on yomi and identifies the kanji itself. However, in a sentence it is often read a completely different way, using, of course, a Japanese word that existed from before kanji entered the picture. This native Japanese reading is called the kun-yomi.

This sort of equates to what we call the letters of the English alphabet as opposed to how we actually pronounce them. For example, we call "C" "see," but often pronounce it like a "K," and we call "W" "double-you" but pronounce it completely differently, by pursing our lips and forcing a little air out. In other words, the Chinese-inspired name of the kanji and how it is pronounced in a Japanese sentence are often completely different.

One example is the word for "see" in Japanese: miru, written using the kanji: 見 mi and the phonetic hiragana る ru. So, miru is the kun-yomi, i.e., the native Japanese reading. But let's try combining that character for "see" 見 with the character for "things": 物. Now we have the word for "sightseeing," but it is pronounced kenbutsu. Because it's a kanji + kanji combination, the native Japanese kun-yomi mi gets replaced by the Chinese on-yomi of ken. 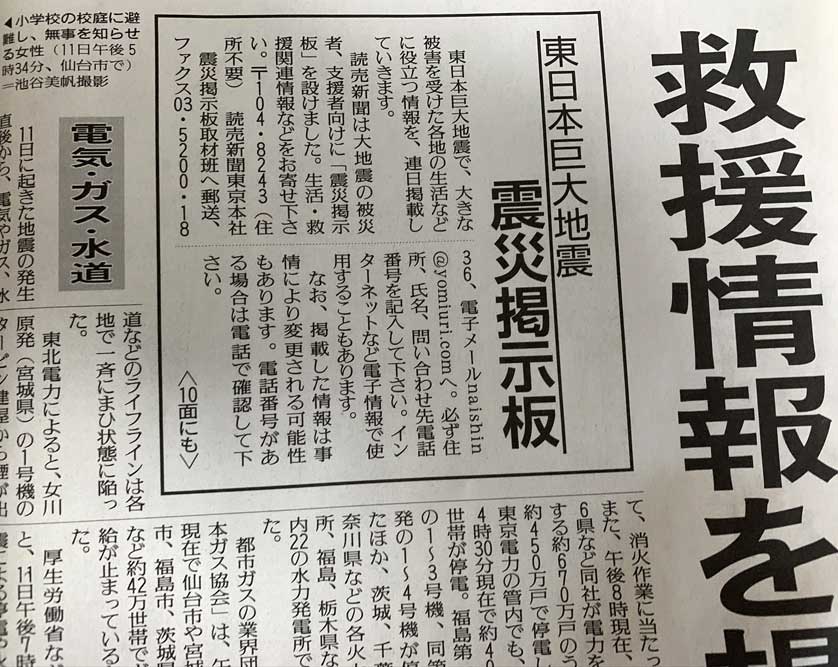 A knowledge of the basic kanji (Chinese characters) is essential to be able to understand a Japanese newspaper, book or official document

The way kanji is used for names, of both places and people, is usually the most confusing aspect of this writing system. Place names in Japan are often not fully decipherable just by looking at the kanji, even for Japanese people. A parallel example in English would be the "Magdalen" in Magdalen College at Oxford and at Cambridge, which, in spite of its spelling, is pronounced "Mawdlin." Japan is rife with such odd place names, especially in Hokkaido.

And the kanji readings for people's names are often even more capricious. Many kanji often used in first names, in particular, have multiple standard readings. A parent who chooses to call their child a certain name, such as Akira, Miki, Masaharu, etc. have dozens, often hundreds, of kanji and kanji combinations from which to choose.

Furthermore, parents are given free rein to assign whatever reading they like to the kanji they choose for their children's names - again, making it next to impossible to guess the pronunciation of the name just from the kanji. This is the reason why Japanese forms nearly always come with a "yomigana" line under the name, where the name must be spelled out using the phonetic katakana (or sometimes hiragana) syllabary so as to make the pronunciation clear.

Japanese school pupils have to master the basic set of 2,136 Chinese characters called the joyo kanji, or "common-use characters." By the end of their six years at elementary school, students should know 1,006 of them (called the kyoiku kanji, "educational characters"), and by the end of three years of junior high school, a further 1,130. Knowledge of a further 500 to 1,000 kanji is needed to fully understand Japanese newspapers and magazines. These are acquired at senior high school.

Many Japanese kanji were somewhat simplified after the Second World War, and are called shinjitai (新字体 "new character forms"), but not to the extent that they have been been simplified in modern-day China. 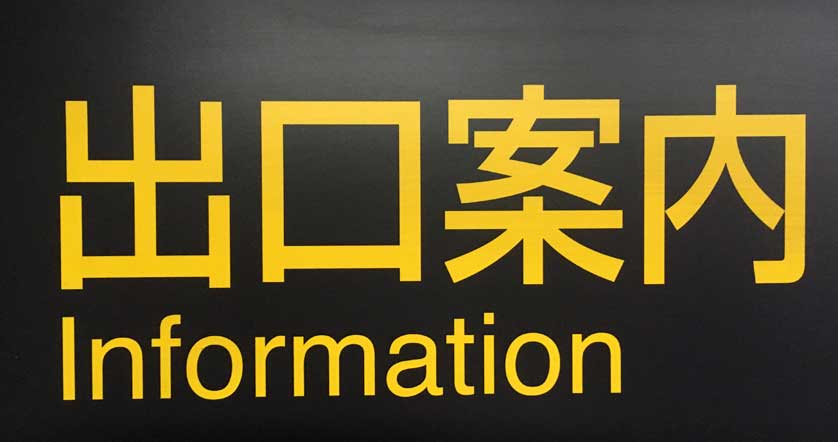 Understanding Japanese signs may well be beyond most visitors to Japan, though many have English or other language equivalents 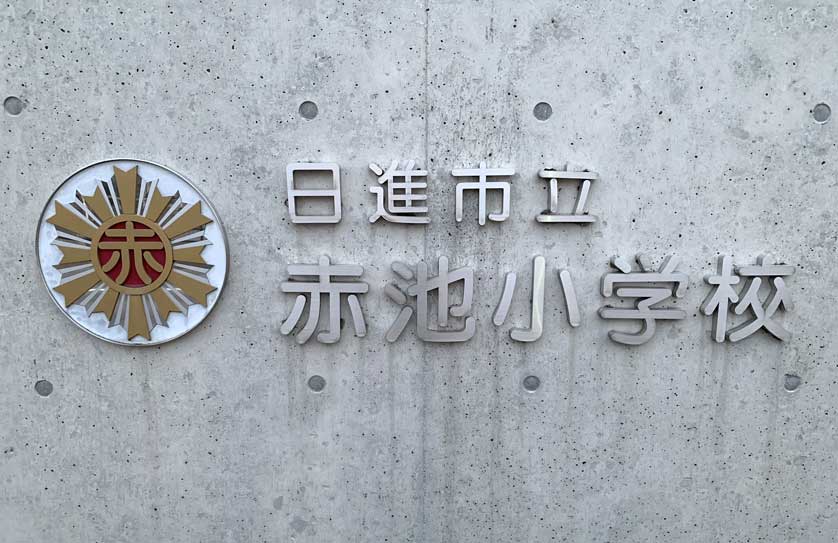 Kanji characters are input using the hiragana or romaji keys of a keyboard, typing a phrase or word will bring up a number of kanji suggestions to choose from. 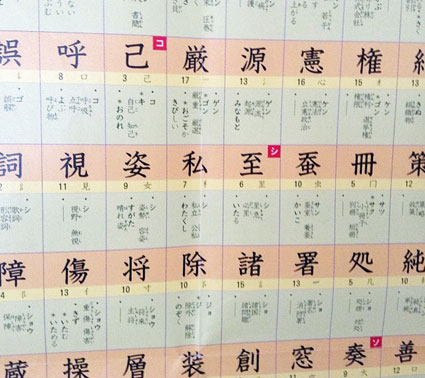 Some useful books for getting started with kanji are :
The Original Modern Reader's Japanese-English Character Dictionary
The Kanji Dictionary
Essential Kanji
Kanji Pict-o-Graphix

Kanji. Kanji are written Chinese characters used to represent the Japanese language. Kanji are ideograms that were first adopted in Japan from the 5th century onwards.

Hiragana and Katakana : How to learn Japanese ?

Taught to Japanese students in their first year of school from the age of six, hiragana and katakana are the essentials prerequisites for learning the Japanese language.

15 Interesting Facts About the Japanese Language

Japanese is a fascinating language for a Westerner, made up of multiple ideograms, many homophones and a grammar far very different from other languages.

Japan, the land of the rising sun: meaning and origin

Who has not once asked this question: why do we speak of the land of the rising sun to designate Japan?