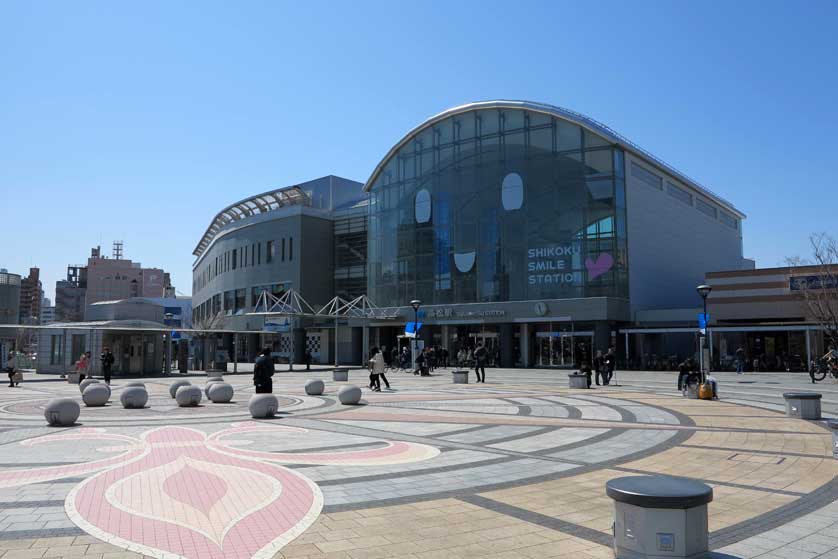 Takamatsu Station is located in Takamatsu city in the northern part of Shikoku in Kagawa Prefecture.

Takamatsu Station is a busy, major rail intersection and a major route between Shikoku and Okayama Station on Honshu.

Takamatsu Station is on both the JR Yosan Line to Marugame, Tadotsu, Matsuyama and Uwajima and the Kotoku Line to Tokushima via Yashima, Ikenotani and Sako.

The Yosan Line runs west from Takamatsu Station to Matsuyama Station (2 hours, 30 minutes) in Ehime Prefecture and then south west to Uwajima. The Kotoku Line connects Tokushima Station with Takamatsu Station in about 70 minutes by limited express train. 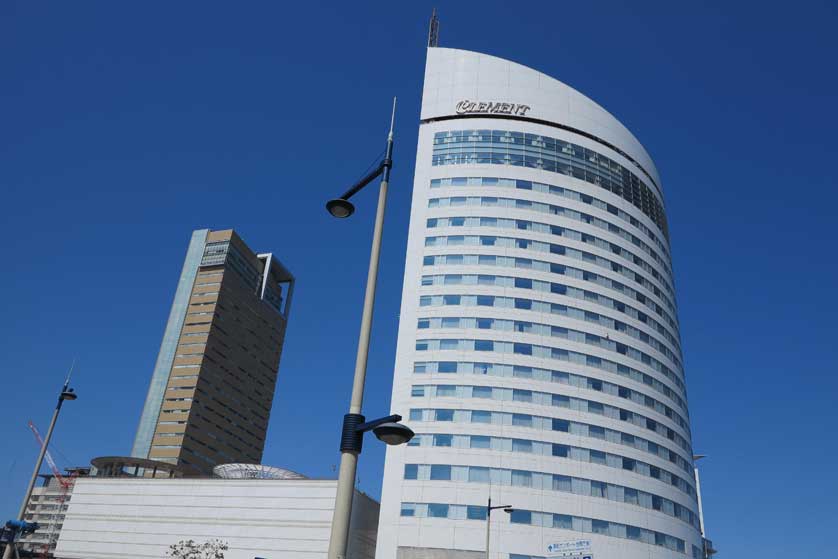 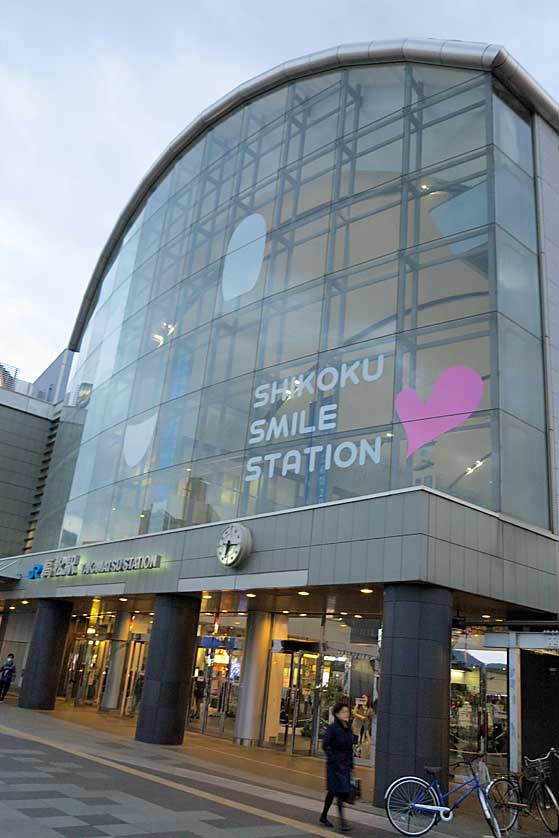 Buses to Takamatsu Airport go from close to the Clement Hotel. 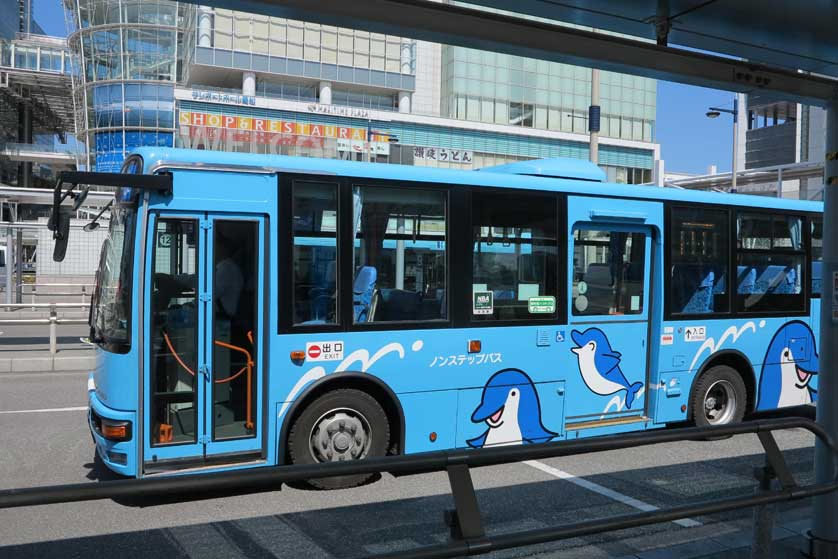 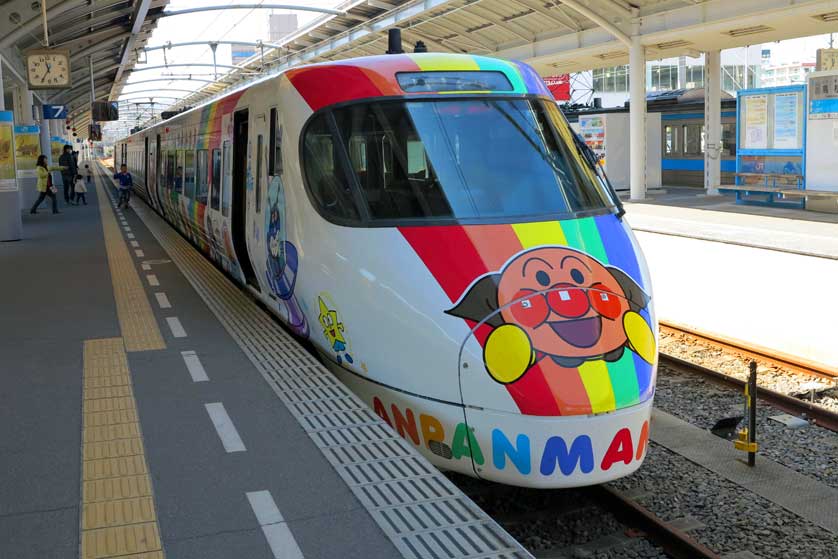 The area around Takamatsu Station is a major shopping and entertainment district. The station building has a convenience store, a souvenir store selling local products, a bakery and udon restaurant as well as coin lockers and tourist information.

Just to the north of Takamatsu Station toward the sea is the Maritime Plaza Shopping Mall and the Sun Port Takamatsu Symbol Tower. The 30-storey Symbol Tower, the highest building on Shikoku, has an observation deck (open 10 am-8 pm) with excellent views of the Inland Sea and Takamatsu city below, plus extensive shopping and restaurant options.

There are also a number of business hotels, restaurants and car rental outlets close to Takamatsu Station.

See here for a full listing of hotel accommodation near Takamatsu Station. 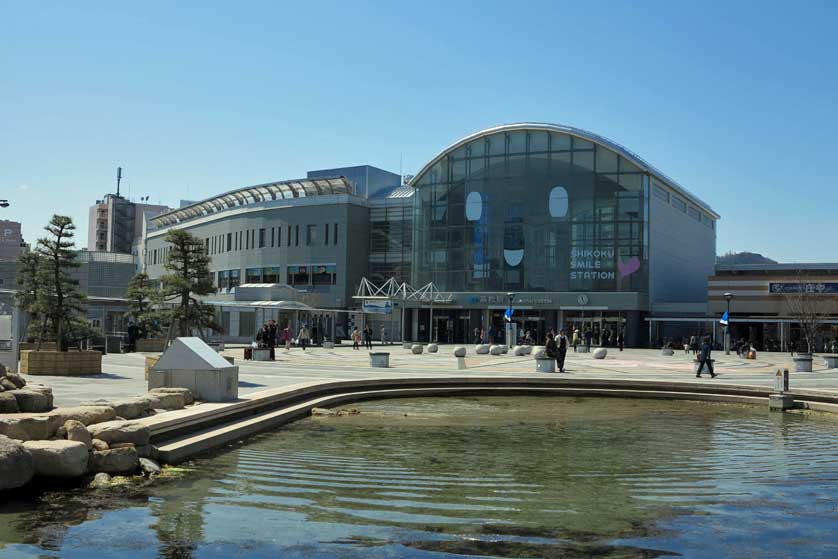 Takamatsu Station in Kagawa Prefecture in Shikoku is a major railway station with rail connections to Okayama, Matsuyama, Kochi and Tokushima.