Drinking in Japan shochu: Read an article on shochu a distilled beverage which is increasingly popular in Japan.

Drinking in Japan: Shochu - The new spirit of Japan 焼酎 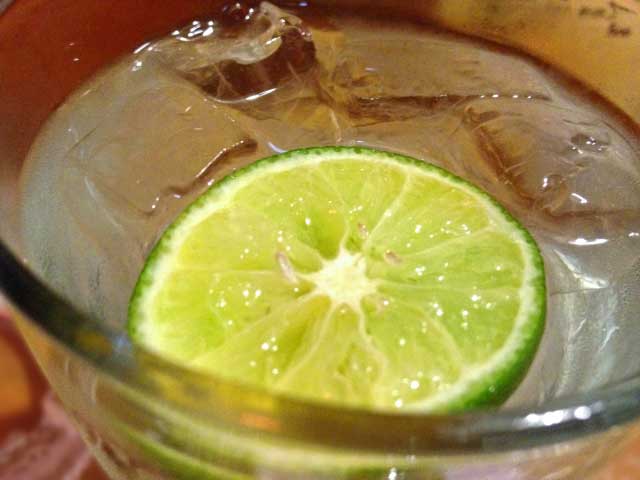 If asked what you consider to be Japan's national drink you would almost certainly say sake (or nihonshu as it is known in its country of origin).

Nowadays however, a comparative newcomer has begun to challenge the nation's traditional favourite. In 2003 sales of shochu outstripped sake for the first time, with 940,000 kiloliters of shochu shipped nationwide as opposed to 870,000 kiloliters for sake.

Shipments of sake have been falling on average by 4.2% over the last ten years while shipments of shochu have risen by 4.6% over the same period.

Shochu is a distilled beverage which dates back to the 14th century making it a latecomer in comparison to sake which plays a part in Japanese mythology much like wine does in the bible.

Unlike sake which is only
ever made from rice, shochu can be made from a variety of different
ingredients such as barley, buckwheat, sweet potatoes and sugar. The alcoholic
content of shochu varies, though it is usually 25%, although sometimes
it can be as high as 42% or more.

But while sake may have the upper hand historically speaking, in recent
years there is no doubt which drink's stock is on the rise. While
consumption of beer and nihonshu have remained flat or are in decline
depending on what measure you look at, shochu consumption has tripled
since 1980.

Once considered cheap fire water for the working classes (the
characters of the word "shochu" literally mean "fiery
spirits"), shochu has now become a firm favourite amongst
younger drinkers who don't remember the times when sweet potato
spirits were considered a poor man's substitute for sake.

The most widely consumed form of shochu is chu-hi, a hi-ball
made from double-distilled ko-type shochu with soda water,
fruit juice or other mixers. Ko-type shochu is made from cheap
ingredients such as corn or molasses distilled to a largely flavourless
vodka-like spirit which often has water or sugar added for palatability.
Thus, when mixed, it tastes little different from the mixer itself, making
it easy to drink. Canned chu-hi is now a popular alternative to
beer at liquor stores. 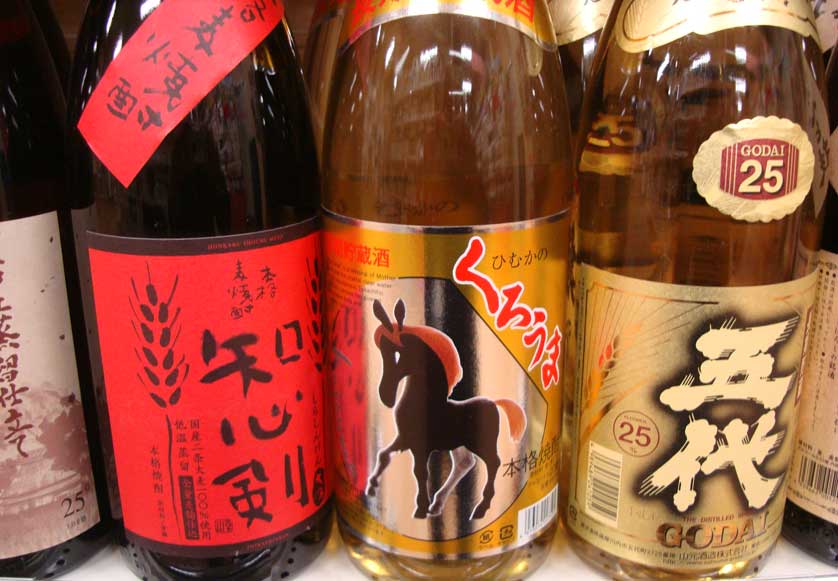 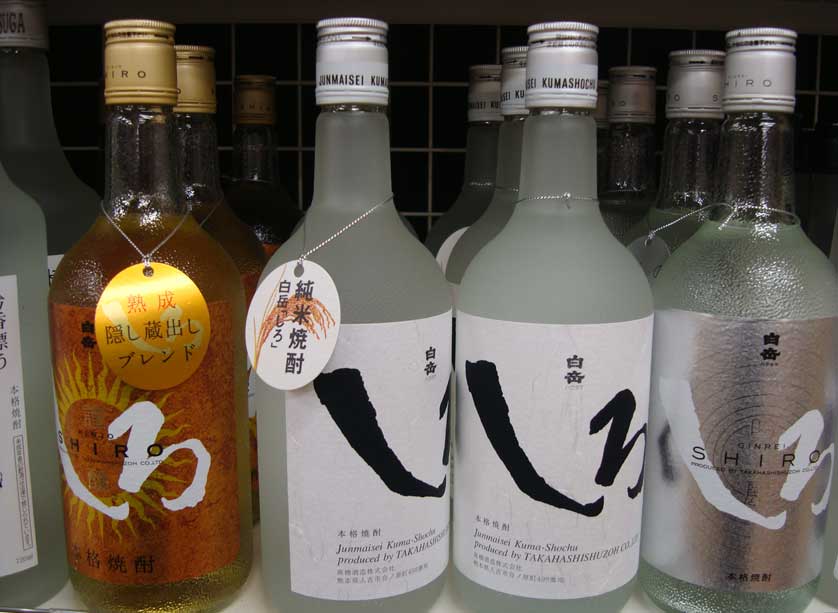 Shochu on sale in a liquor store in Japan

The connoisseur's choice is however, otsu-type shochu,
a quite different drink, distilled only once, leaving it with the delicate
flavours and aromas that come from its base ingredients. These range from
light, plain tasting rice shochu from Miyazaki to full-bodied Kagoshima
sweet potato shochu. Otsu-type shochu is often enjoyed
straight, on the rocks or with hot water for a great winter warmer.

This type of shochu is associated most strongly with the southern islands of Kyushu and Okinawa (where it is called awamori). In
these regions, sake production is made difficult by warmer weather, so
it is no surprise that distinctive brands of shochu made from locally
available ingredients have risen to take its place.

Different shochu producing regions pride themselves on the individual character that their ingredients bring to the final product and in this way, shochu has always reflected local tastes and conditions. Kagoshima Prefecture produces no nihonshu at all, so if you ask for sake there (in reality, a generic word for all types of alcoholic beverage) you'll almost certainly get sweet potato shochu instead.

Despite its popularity at home, it is surprising that shochu is still little known internationally. Those who enjoy a drink or two would do well to give it a try - perhaps to investigate some of its reputed health benefits. That's right - shochu may actually be good for you!

For a start it's low in calories (about 35 per 2oz), a fact that has contributed to its growing popularity amongst women drinkers. Secondly,
according to shochu producers and some medical sources, shochu
boosts the production of enzymes that break down blood clots, thereby reducing the risk of heart attacks and strokes.

Last but not least is a benefit that you can enjoy straight away, or rather, when you wake up
the morning after. Shochu is said to leave you with little or no
hangover. This last point certainly deserves some personal experimentation!

In addition to good press, streetwise marketing has given shochu an image boost and a new lease of life. When you visit Japan, see if it gets your own seal of approval. 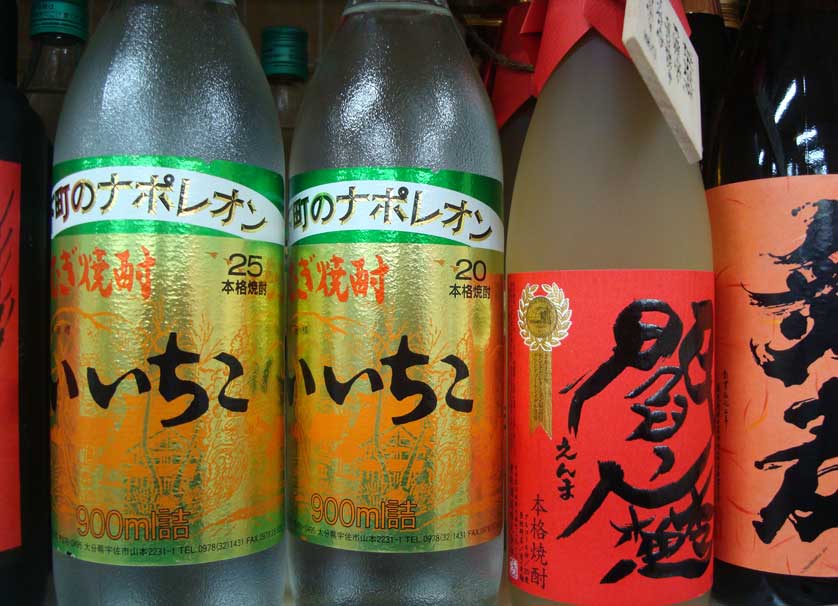