Legends have served as a means of rationalizing the world and providing clarity for the habits and customs of a given culture. Whether it is about the origin of the universe, politics, or holidays and festivals, the following myths have shaped Japanese cosmogony and are an integral part of local folklore.

1. Izanagi and Izanami, the story of Japan

From the first book written in Japanese, the Kojiki (called "Records of Ancient Matters"), the story of Izanagi and Izanami are the main figures in the legend of the birth of Japan. Kojiki is still the foundation and source of worship in the Shinto religion in Japan.

The history of the creation of Japan goes back to the time when the universe was in chaos and the birth when the children of the first gods were born. Among them, Izanagi and his sister and the wife, Izanami were ordered to organize the world.

Shortly after the invention of their fertility ritual, several kami (Japanese deities) and islands were born from the union of the two gods, including the Japanese archipelago and some major deities of Shintoism such as the god of fire, Kagutsuchi (or Homasubi).

The birth of the latter is also a fundamental element of the story since Izanami died of burns from childbirth and went to the kingdom of the dead. The sequel recalls the myth of Orpheus.

Izanagi, saddened by the disappearance of his wife, travels to the underworld to try to bring her back to life.

During the rescue, as Izanami was taking too long to get out of the palace of darkness, Izanagi made a torch with one of his wife's comb teeth and entered the palace. And it was there, in the light of the torch, that he saw Izanami's decomposing body.

Back in the world, the god made ablutions to heal his wounds. This is how, according to legend, the purification ritual, still used today in Shinto rites was born.

Stains from which he purified himself were then born from other deities highly honored in Japan, such as the sun goddess Amaterasu, the god of storms Susanoo, and Tsukuyomi, the god of the moon.

Goddess of the sun, Amaterasu has always been in competition with her brother Susanoo, the god of storms.

Not content with reigning over the seas, Susanoo one day set out to claim part of the domain of the heavens bequeathed to Amaterasu, but her effort was in vain.

Annoyed and despondent, Amaterasu took refugee in a cave, provoking an infinite night. Deprived of the sun, the Earth then fell prey to evil spirits. A disastrous outcome, which many deities tried to resolve but without success: Amaterasu refused to leave his cave.

One day, a banquet was organized near the cave to encourage the goddess to come out. Intrigued By the laughter caused by the dance of the goddess of mirth Uzume, Amaterasu slightly pushed a stone that blocked the cave for a peek. This is where the god of force Ame-no-Tajikarao took the opportunity to remove it from its hiding place and blocked the path to the cave with the assistance of the rest of the deities to bar re-entry.

Out of his cave, Amaterasu then banishes Susanoo from the kingdom of heaven. Today, the Amaterasu cave is still visible in Kyushu, in the heights of the island.

Jinmu is considered the first Emperor of Japan. He reigned over the archipelago from 660 BC to 585 BC, although his existence is not confirmed by historians.

All that is known about him is from the mythology of Kojiki, which establish the myth of Emperor Jinmu until today.

Literally "Divine Power", Jinmu would be a direct descendant of the gods since he would be the great-great-great-grandson of Amaterasu.

His grandfather, the great-great-grandson of the goddess, would have married Princess Toyotama, the daughter of Owatatsumi, the god of the sea and brother of Amaterasu, with whom he would have had a son. The latter would then have married his mother's sister with whom he would have had four children including the future Emperor Jinmu. A complicated family history, which serves as legitimacy that the Emperor Jinmu is a direct line as a contender to the throne of the Chrysanthemum for almost 14 centuries!

The Emperor would have received Amaterasu's three mythical objects allowing it to have absolute power over Japan: a magic mirror allowing him to see the entire Pacific islands, the Kusanagi sword to defeat its enemies, and the Magatama, a necklace to increase fertility. These three objects are said to be hidden today in three temples across the country, and the exact locations are said to have been kept secret by the imperial family for generations.

4. Tanabata, the heavenly story of love

Tanabata is a very popular summer matsuri in Japan. Traditionally organized on the 7th day of the 7th month of the lunisolar calendar, the '' feast of the stars '' is an unmissable event for many Japanese longing for love from a romantic relationship.

The tradition? Hang your wishes on a bamboo shoot which will then be burnt or thrown into the water for the wishes to come true.

Originally a Chinese Festival that was introduced to Japan during the Heian period (794-1185), In early times, Tanabata was similar to Valentine's Day where young girls prepared traditional pastries which they offered to the deities in the hope of finding love. 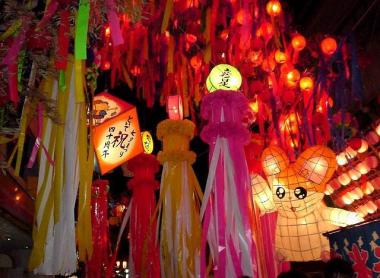 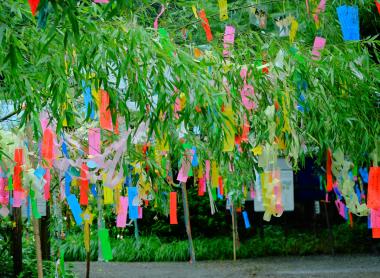 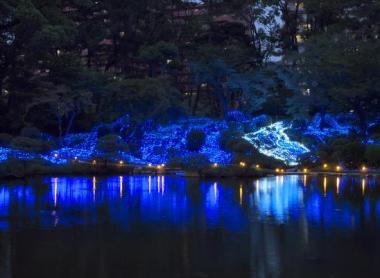 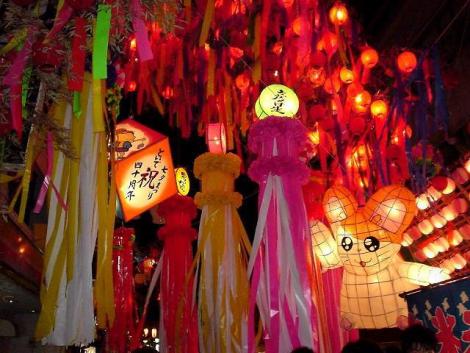 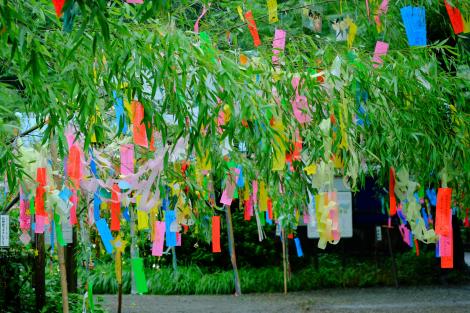 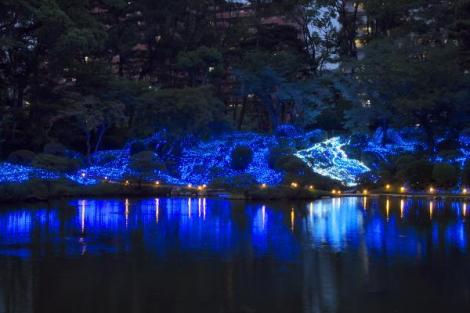 Orihime (Vega star) is a princess, daughter of the god of the Tentei sky, who spends her time sewing clothes for her father on the edges of the Milky Way. As she did not have a suitor, her father decided to take action and arranged a meeting with Prince Hikoboshi (Altair star).

The two fell in love and got married shortly after. But taken with passion, they begin to abandon their obligations in favor of their marriage. A situation that greatly displeases the God of heaven who then decided to separate the two spouses by the Milky Way, only allowing them to see each other on the 7th day of the 7th month of the year.

The legend actually echoes an astronomical phenomenon, the "the Summer Triangle", which appears in the sky when the distance between the stars Vega, Altair, and Déned becomes closer. The three stars thus form an isosceles triangle, and it is this phenomenon that would have inspired the feast of Tanabata.

5. Momotaro, the legend of a local hero

The legend of Momotaro appears in the Edo period (1603-1868) in the city of Okayama (Chugoku region).

Momotaro (literally "peach-boy") is a little boy who fell from the heavens, arrived in a peach boat that floated on a river. Found by an old woman, who washed her laundry by the stream, was raised by her and her husband like their own.

Momotaro grows strong but is a bit lazy. One day, his parents asked him to go get some wood for the fire. The child comes back with a whole tree and everyone starts singing the praises of this little boy with surprising strength. Its fame is such that it reaches the ears of the local lord who asks him to go and fight the demons of the island of Onigashima.

On his way to the island, Momotaro meets a dog, a pheasant, and a monkey. Together, the four friends will defeat the demons and return to Momotaro's parents with a gift of gold.

Although some historians believe that this legend is based on the life of the son of Emperor Qureia (332 BC to 215 BC) who was sent to submit a rebellious province of the country (the enemies being depicted in the form of demons), Momotaro is still associated with the city of Okayama today and inspires many works of popular culture.