As well as the many thousand kanji characters (漢字) that make up Japan's written language, Japan is a country of many important symbols, originating in its people's early cultural beliefs, religion and imperial myths. 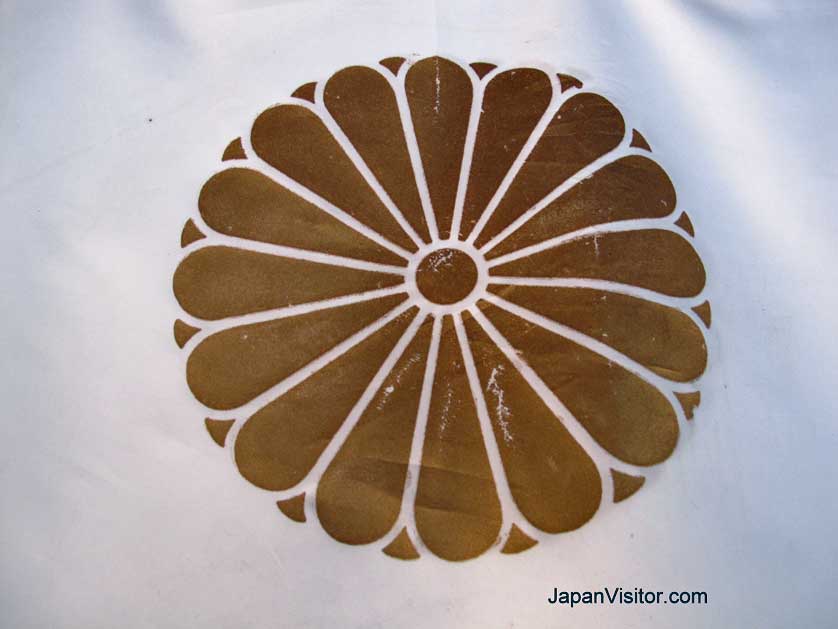 The sixteen petal chrysanthemum, usually white or orange, is the crest or mon (紋) of the Japanese emperor and is often seen displayed on Shinto shrines throughout the country.

The Imperial Regalia of Japan, also known as the "Three Sacred Treasures of Japan," are the sacred sword (kusanagi), the mirror (yata no kagami), and the jewel (yasakani no magatama), symbolizing the imperial virtues of valor (the sword), wisdom (the mirror), and benevolence (the jewel).

These mythical objects are not on display to the general public but the sword or a replica of it is said to be kept at Atsuta Shrine in Nagoya, the jewel at The Imperial Palace in Tokyo, and the mirror is the Grand Shrine of Ise.

The curved stone beads or magatama (勾玉 or 曲玉) often made from agate, jade, jasper, quartz or talc date from shamanistic rituals in the Jomon period of Japanese history and are believed to symbolize the vitality of the human spirit. Popular with the ruling chieftains of the period, magatama have been found in numerous burial mounds (kofun) dating from the Jomon era.

Three magatama forming a flowing circle can be found on the rounded roof tiles in Japanese temples. The use of magatama as regal symbols also spread to the Korean peninsula through the close connections of the various kingdoms in Korea and Japan at the time. Nowadays, magatama make for popular cell phone straps.

Similar to the magatama is the comma-shaped domoe or tomoe symbol. The futatsudomoe (二つ巴) is a symbol using two swirls. The mitsudomoe (三つ巴) is a common design of three swirls or three magatama and is seen on Japanese family crests (see below) and on roof tiles on traditional Japanese homes, Shinto shrines and Buddhist temples. The design can also be found on taiko drums and was used in the old flag of the Ryukyu Islands (Okinawa) and the modern flag of Jeju Island in South Korea. The mitsudomoe became to be associated with Hachiman, the Shinto god of war and later with the samurai. The domoe symbol is similar to the Korean sam-taegeuk and Tibetan gankyil. 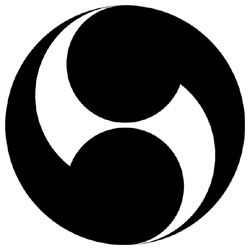 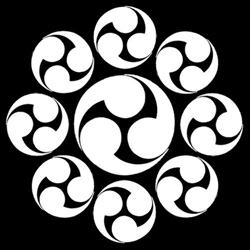 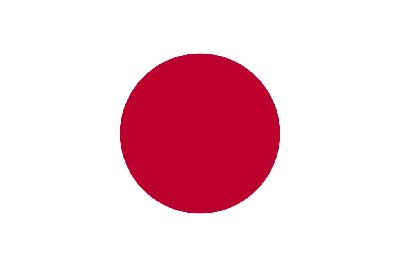 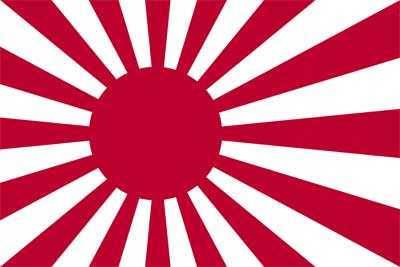 Japan's national flag, the Nisshoki (日章旗, "rising sun flag"), more commonly known as the Hinomaru (日の丸, "the sun disk"), is the well-known and memorable red circle in the middle of an all white background. The red symbol is the rising sun.

The original flag was flown by various feudal lords (daimyo) during the Edo Period (1603-1868) and was adopted as the de facto national flag in 1870 at the beginning of the new Meiji State. 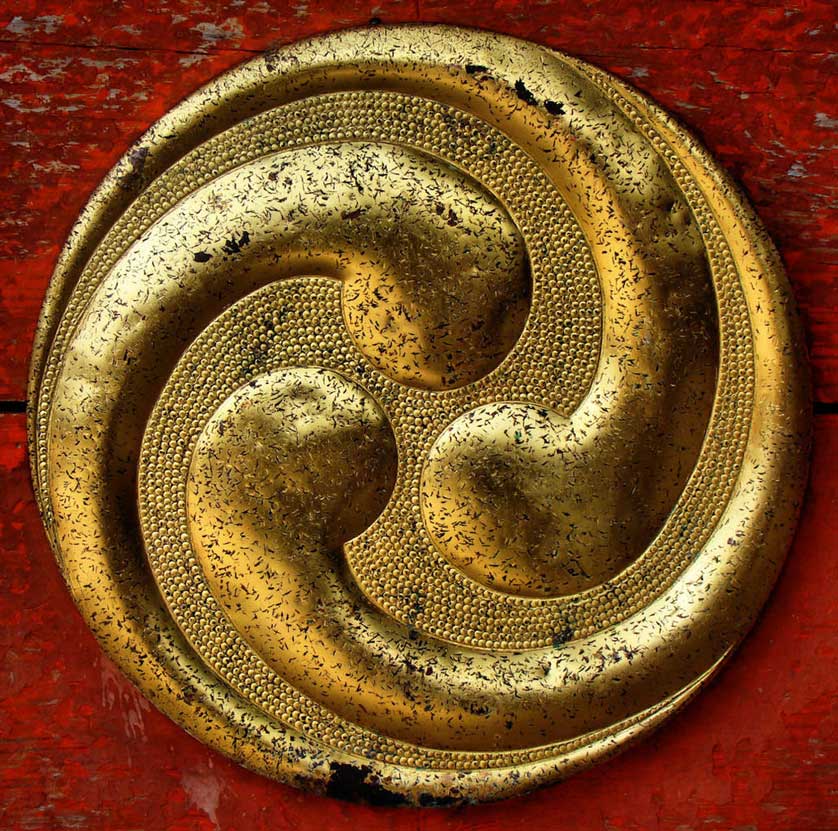 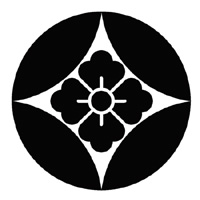 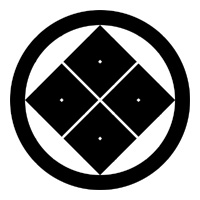 Japanese crests originated as badges woven into clothing such as haori, happi coats and kimono to distinguish the members of a particular clan. Later these crests were added to the flags, arms and armor of the samurai. Well-known mon include the chrysanthemum crest of the Emperor (see above), the three hollyhock design of the Tokugawa family and the three water chesnuts in the Mitsubishi logo. Family crests are also seen in the rounded ceramic roof tiles of surviving samurai houses.

Other more modern Japanese symbols used by organizations and businesses as well as on maps include the Japanese post symbol - a capital T with a bar over the top representing a post office (〒 unicode: U+3012)
and the beginning of a Japanese 7-digit post code, the symbol for public bath (sento) and onsen - a circle with three lines of steam rising from it or the kanji (yu, 湯) or hiragana (ゆ) and the torii gate sign to represent a Shinto shrine. The symbol used on maps and signs for Japanese temples is the manji (卍) or swastika (which has no relation whatsoever with Nazi Germany). For schools and universities the symbol bun (文) with the meaning of "literature" or "composition" hence "study" or "school" is used - a place where people write.