Tameshigiri: Literally meaning test cut, tameshigiri was the practice, popular in the Edo Period of Japanese history, of testing the quality of new Japanese swords. Now tameshigiri has become a martial art.

Literally meaning "test cut", tameshigiri was the practice, popular in the Edo Period, of testing the quality of new Japanese swords.

Performed only by master swordsmen to ensure that the varying quality of swordsmanship did not effect the results of the testing, various kinds of target were used, most famously convicted criminals.

Sometimes the criminal would be executed by tameshigiri, but more commonly corpses were used. However, not all corpses were suitable. Those of Buddhist priests, "untouchables", or any showing obvious signs of disease would not be used for fear of tainting and spiritually polluting the sword. 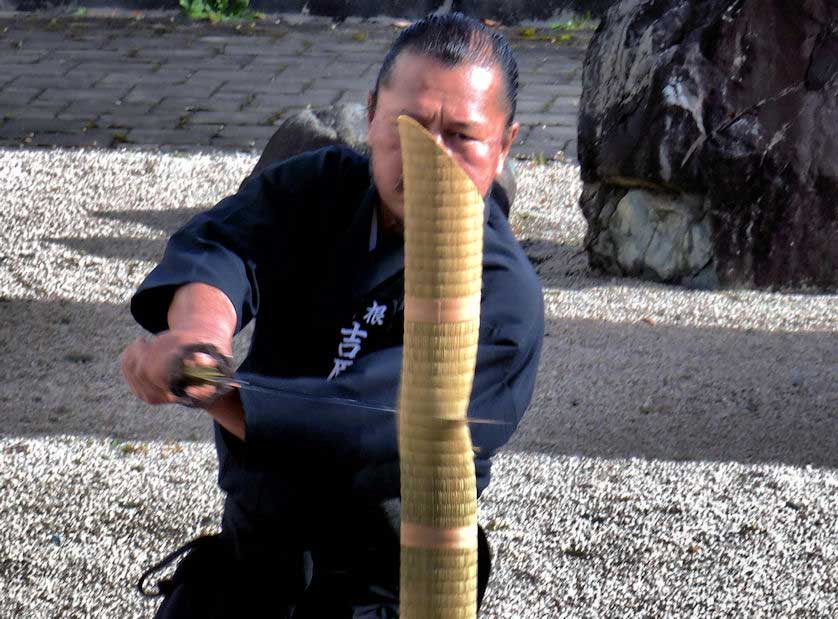 In the Meiji Period it became illegal to use corpses, and out of all the other different materials tested the one that became most commonly used was goza, sometimes called tatami omote, which is the mat that covers the top surface of tatami. Rolled up and soaked in water, with a length of green bamboo inserted in the center to simulate bone, this is believed to be the target that most approximates flesh.

Nowadays tameshigiri, sometimes called Shito or Shizan, is practiced as a martial art, and the focus is on the skill of the swordsman rather than the quality of the sword. Like most martial arts it is highly ritualized. The targets are most often set vertically, though sometimes horizontally, and there are a wide range of cuts, diagonally left and right, up and down, as well as many combinations of cuts in quick succession.

These photos and short videos were taken during a demonstration at the Okuizumo Tatara Sword Museum in Shimane Prefecture, and the swordsman is a Mr. Yoshihara from Izumo.

To see a demonstration you can sign up (in Japanese) here:

or contact the Okuizumo Tourist Information Office who have English speaking staff (Tel: 0854 54 2260). 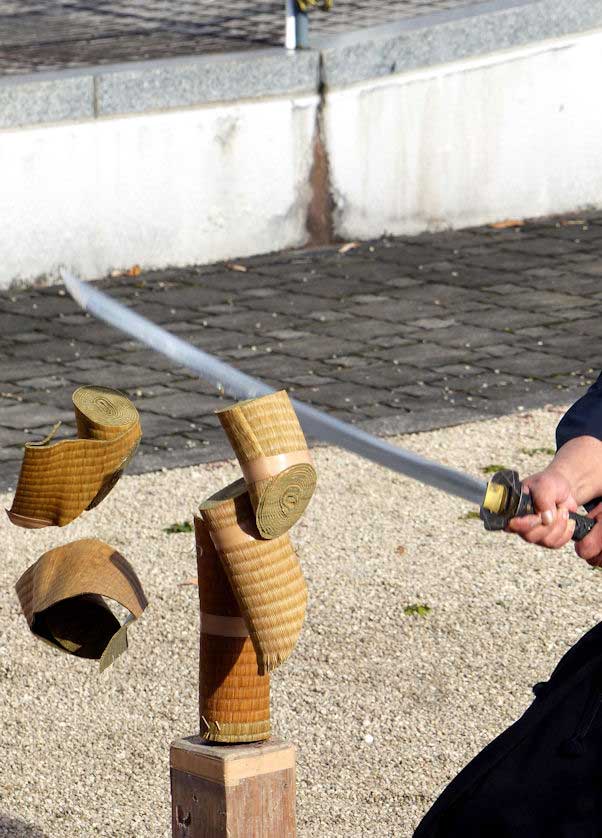 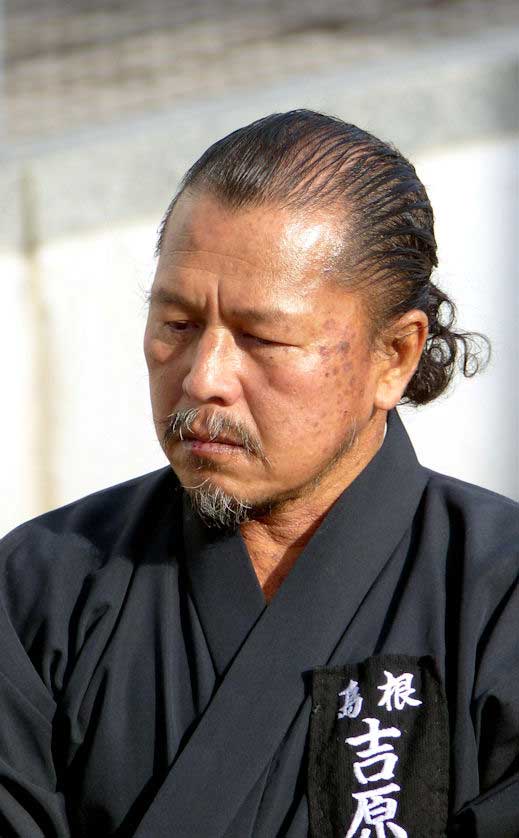 The Japanese swordsman is Mr. Yoshihara demonstrating the art of tameshigiri

The Japan Rail Pass can be used on the Okuizumo Orochi train. 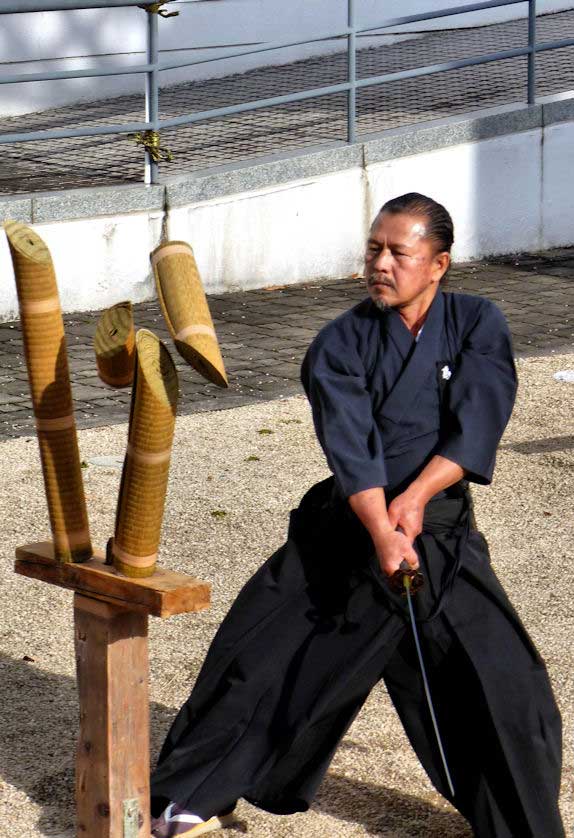 Read about tatara - furnaces used to produce the steel for Japanese swords.