The Battle of Iwo Jima in featured films 硫黄島の戦い 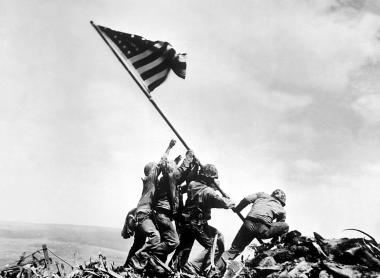 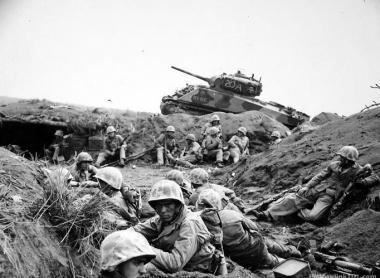 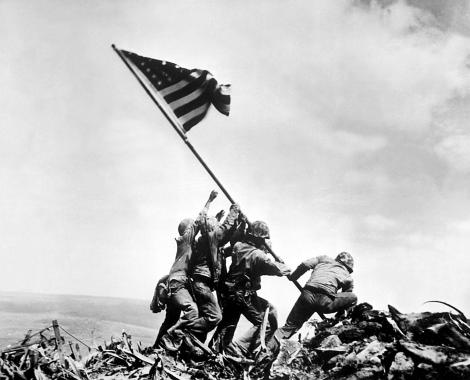 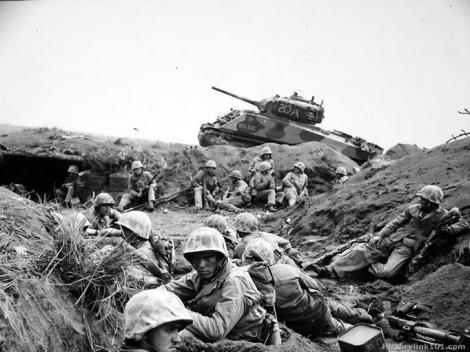 The Battle of Iwo Jima

Three featured films were based on the battle of Iwo Hima, including two by Clint Eastwood, in which the narrations are made in English and Japanese.

There are specific battles that mark the spirits more by their hardness, their length, or their symbolic value. The Battle of Iwo Jima is a mixture of all of these.

Before being a battle, Iwo Jima was a small Japanese island located in the Ogasawara archipelago, 1,000 km south of Tokyo. On this small piece of land of only 21km 2, a land battle occurred between February and March 1945 between the Imperial Japanese army, present on the island, and the American military. If the United States emerged victorious from this battle by conquering Iwo Jima, it was the only land battle of the Pacific War where the United States saw more of its soldiers than Japanese soldiers put out of action.

The capture of the island began with three days of aerial and naval bombardment by the Americans before they embarked on an amphibious assault, which had great difficulty in happening, the Japanese ranks being very tight and very organized. Fighting continued in the air before the Americans were victorious.

A few years later, the film Sands of Iwo Jima was drawn from this battle by American director Allan Dwan. This film, released in 1949, retraces the training of American troops and then the battle of Iwo Jima.

The battle on the American side

In 2006, the theatrical release Memory of our fathers (Flags of our Father) was directed by Clint Eastwood. In this film, the viewer follows the life of three American soldiers who will be sent to fight on the island of Iwo Jima.

The film then tackles the American flag planted by the Marines patrol on Mount Suribachi, signifying the capture of the island, before jumping back in time and finding the three soldiers, who have returned home and become instruments of propaganda of the omnipotence of the American army. We will then dive back, throughout the film, into the very moments of the battle, through flashbacks told by the three former soldiers.

The battle on the Japanese side

But, and this is where the film takes on a whole new dimension, a second part, released the same year, recounts this same battle of Iwo Jima, but this time on the Japanese side, in a film entitled Letters from Iwo Jima. This opus is based on the work "Picture Letters from Commander in Chief" by General Tadamichi Kuribayashi, played by the famous actor Ken Watanabe (seen in Inception or Godzilla). Note also the remarkable performance of the member of Arashi, a smart boy band in Japan, Kazunari Ninomiya.

We see all the work of the Japanese to create from scratch shelters to protect themselves from fire, trenches in the volcanic sand, and the apprehension of the soldiers to see the arrival of the American fires, which, initially, did not seem to realize the magnitude of the fighting that is coming.

It is an interesting cinematographic work in terms of its subject and treatment. Indeed, it is rare to see adapted films that successively approach the points of view of the two protagonists on the big screen.