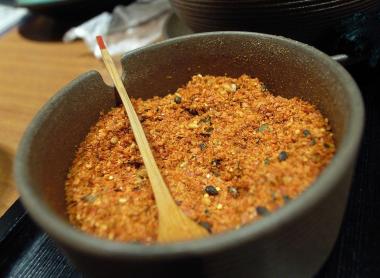 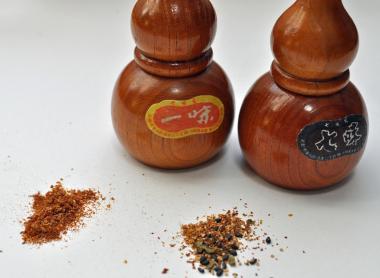 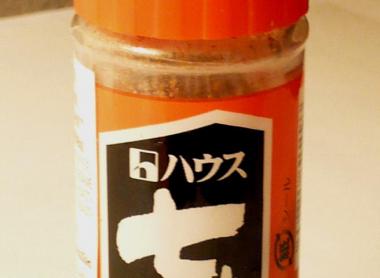 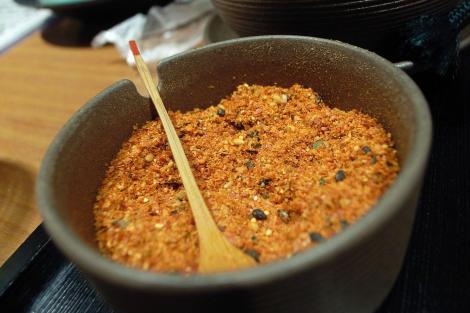 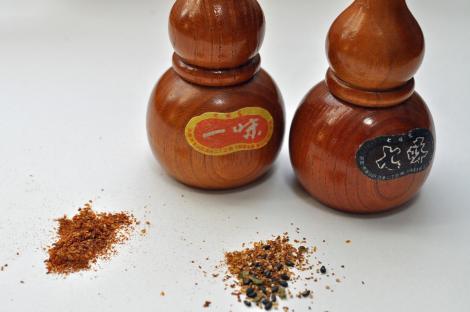 Who would have thought that chili could be considered a medicine? And yet...

A brief history of shichimi togarashi

It was in the Edo period, in 1625, that Yagenbori herb shop, located in the Higashi-Nihonbashi district of Tokyo, first created shichimi togarashi (literally "7-flavored pepper"). This mixture, sometimes called yagenbori as a nod to its inventor, was first sold in pharmacies for its medicinal properties. Subsequently, street vendors began to use it throughout Japan as a seasoning and it became one of the best-selling products at neighborhood festivals, where dozens of small stands were set up in front of shrines or temples. Other manufacturers then began to produce it.

Today, depending on the regions and the manufacturers, the blend may be slightly different, but the seven ingredients are generally red pepper, sesame seeds, poppy seeds, hemp seeds, nori or aonori (dried seaweed), sansho (Japanese pepper) and orange peel (sometimes substituted with yuzu).

Two major Japanese food companies, S&B and House Foods, produce and sell shichimi in glass bottles in supermarkets, but there are still three major traditional manufacturers that have kept their prestige throughout the years. Each one has their own original recipe, but there's still one rule to follow: it must be a mix of seven spices, no more, no less. Some have created hachimi: "8 flavors".

Yagenbori Shichimi Togarashi, mentioned above, has a shop in Asakusa where the original version of their chukara (moderately spicy) blend is still on sale. It's a blend of black sesame seeds, sansho pepper, dried chilli, grilled dried pepper, hemp seeds, poppy seeds and unshu mikan peel (Satsuma mandarin orange). There are also traditional wooden containers containing these spices. They come in three forms: a tube called take (bamboo), a small round box called taru (barrel) and a gourd-shaped container, hyotan.

Shichimiya Honpo has been operating since 1655, but has only specialized in mixing shichimi since the late nineteenth century. Located in the street leading to Kyoto's Kiyomizu Temple, it's a must-visit for passing tourists. Their blend is famous for incorporating dried shiso leaves (perilla).

Yawataya Isogoro, founded in 1725, is the third of the most famous traditional manufacturers. The shop is in the street leading to Zenkoji Temple in Nagano. The house blend contains, among other things, ginger and aonori seaweed.

How is it eaten?

In general, the Japanese add these spices to season their different kinds of noodles, such as udon or soba, or their nabe (hotpot). But bottles of shichimi are found on many tables of Japanese restaurants and yakitori (chicken skewers) or gyudon (beef-topped bowl of rice) also taste great with shichimi added. You can also sprinkle it on tempura and other fried foods. In short, it is a multi-use seasoning that enhances many Japanese dishes and (slightly) tickles the taste buds. 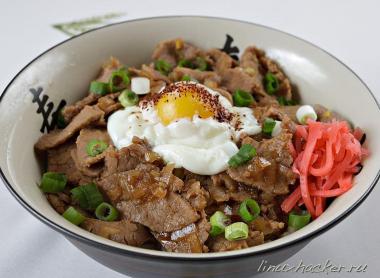 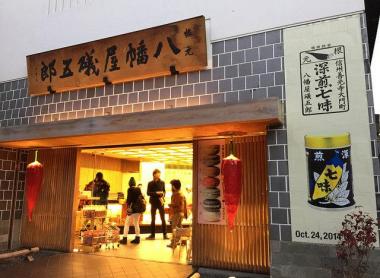 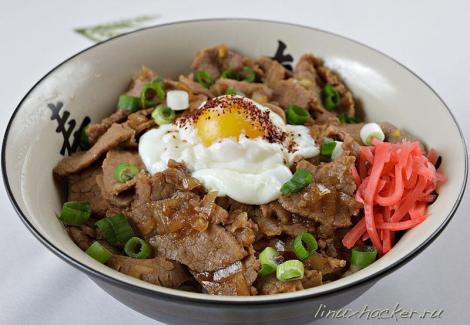 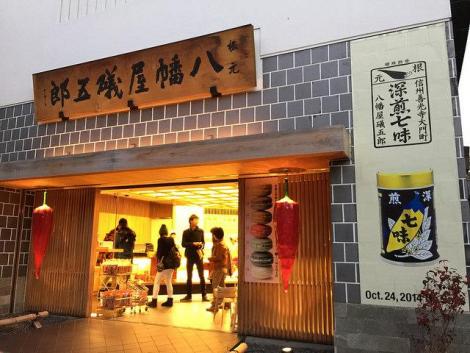