Yokkaichi Guide: Yokkaichi in Mie Prefecture on the Kintetsu & JR Lines west of Nagoya Station is Mie Prefecture's largest city. The population is 300,000.

Yokkaichi Guide Yokkaichi in Mie Prefecture on the Kintetsu and JR Lines west of Nagoya Station is Mie Prefecture's largest city. The population is just over 300,000 inhabitants. Yokkaichi is not the prefectural capital, however. That is nearby Tsu. 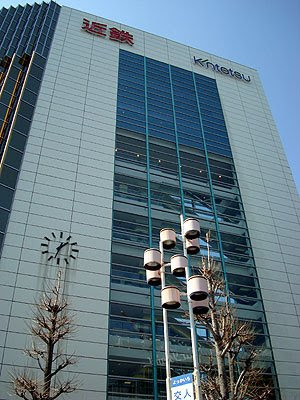 Best known as an oil-refining city, you can smell the petrol from Yokkiachi's refineries if the prevailing breeze is blowing inshore. Yokkaichi means "four days market" due to a market being held here on the 4th, 14th and 24th of each month. This began as far back as the the Azuchi–Momoyama Period. During the Edo Period, Yokkaichi-juku, was the forty-third station on the Tokaido highway connecting Kyoto with Edo (present-day Tokyo). After the opening up of Japan to western trade in the Meiji Period, Yokkaichi became a thriving international port in the late 19th century. It exported mainly ceramics (Banko ware), seed oil and green tea from Ise. As an important port, the city was heavily bombed by the Americans during World War II. During the 1960's the chemical industries in town gave rise to Yokkaichi zensoku - a kind of asthma caused by the sulphur emissions from the town's many chemical plants.

Yokkaichi is home to the respected Yokkaichi University and the city is a major shopping hub for the smaller towns and villages in largely rural Mie Prefecture. Highlights of wandering the town include good shopping in the indoor shopping arcades, exceptional and varied manhole covers and the city's festivals. The most important of Yokkaichi's festivals is the Grand Yokkaichi Festival on the first weekend in August. One of Yokkaichi's sister cities is Sydney Port. Down at Yokkaichi's port are a couple of reminders of that relationship. The Australian Memorial Hall was the Australian Pavilion at the 1970 Expo in Osaka and inside is a giant Platypus. This was the mascot character inside Australia's Pavilion at the 2005 Aichi Expo held just outside Nagoya. 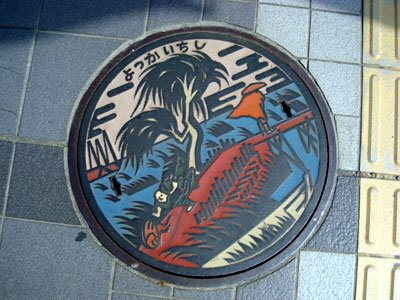 One stop out of town on the Kintetsu Line towards Nagoya to the east is the Banko Pottery Center (Tel: 0593 30 2020; closed Mondays), a short walk left out of Karawamachi Station. There is a pottery store and a hands-on workshop on making your own ceramics. The nearby river is the local cherry blossom viewing spot. 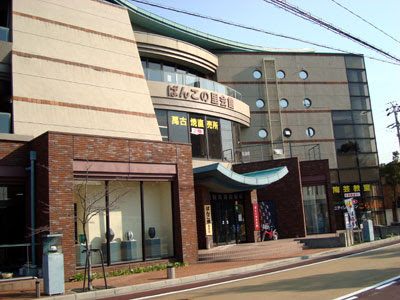 Yokkaichi is about 35 minutes from Nagoya Station by JR express or 50 minutes by local train. By Kintetsu the journey time is around 35 minutes with a change in Kuwana to a JR local train. From Tsu, Yokkaichi is 37 minutes on Kintetsu. Cheap accommodation in Japan Happi Coats Japanese For Busy People