Famous for its beautiful temples, Mie is one of the most sacred prefectures in Japan. With its many places of worship dedicated to the sun goddess Amaterasu, its miraculous waterfalls, and its side roads, this small prefecture in southern Kansai is one of the favorite destinations of Japanese pilgrims. It is the region's breathtaking landscapes that have elevated it to the "spiritual cradle of the country", where the gods inhabit the forests. The pearl-lined beaches are the playground, a favorite of the last mermaids of Japan. To discover this little-known gem, here are our top ten things to see in the fascinating Mie Prefecture.

Bordered by Ise Bay and the Pacific Ocean, the Shima Peninsula is the spiritual heart of Mie Prefecture. Famous for its beaches and crafts, people come here to pray to the famous Ise Jingu and admire the treasures of Mikimoto: pearls harvested by hand by the ama, the traditional Japanese divers.

Composed of a hundred shrines spread over the entire prefecture, Ise Jingu is considered the most important place of Shintoism in Japan. It is dedicated to Amaterasu, the sun goddess attached to the Emperor, and welcomes many visitors each year, including the Imperial Family.

Most of the shrines were built around 690, Naiku, the oldest building on the site, is believed to date from the year 4 BC. Today, it houses the sacred mirror of the Emperor of Japan, one of the three legendary objects that would confer divine power on the ruler of Japan.

Not far from Ise Jingu is Okage Yokocho, a traditional alley of 50 shops and restaurants that transports visitors back in time to the days when houses were made of wood and the Japanese never went out without a kimono.

Off the coast of Futami Okitama Shrine is Meoto Iwa, two sacred stones 9 and 4 meters high connected by a shimenawa (a sacred rope made of rice straw). In June, the site attracts many visitors when the sun rises right between the two rocks, especially couples that Meoto Iwa is popular during the year. The two stones symbolizing a couple united by the bonds of marriage, it is said that anyone who visits to admire them will be lucky in love!

Located off Toba Bay, Mikimoto Island has been famous for its pearls since the late 19th century. Here you can admire the technique of the Ama divers, the last keepers of an ancestral diving secret in Japan, and explore the history of these water gems at the Pearl Museum.

Located a stone's throw from the town of Shima, Ago Bay is an extension of Mikimoto Island. It accommodates many small fishing boats and offers magnificent views of the ocean day and night.

On the roads of Kumano

Kumano Kodo is probably one of Japan's most famous pilgrimages. Registered as a UNESCO World Heritage Site since 2004, the paths of Kumano allow you to discover many mountainous regions of the country, including the pretty sites of Iseji, to the west of Mie prefecture.

6. The paths of Iseji (Kumano)

The Iseji Paths constitute the eastern part of the Kumano pilgrimage. They follow the Kii Peninsula, taking birth in the sacred shrines of Ise, and take pilgrims to discover pretty mountain landscapes interspersed with beaches and bamboo forests until they arrive at the Shinto shrine of Kumano Sanzan.

With its 1340 small rice fields arranged on terraces, Maruyama Senmaida is considered one of the most beautiful rice-growing sites in the country, if not the most beautiful. It is possible to admire the work of local farmers and even participate in some workshops on rice!

Near Mount Takami, the 48 Akame Waterfalls, provide an invigorating walk through the heart of Mie Prefecture. From a long spiritual tradition, they once hosted ninjas who came to test their combat skills in contact with nature. A nature that changes color with the seasons, since its trails are adorned with red in autumn and bright green in summer.

Amphibian lovers should note that this is where the largest species of salamander in Japan resides!

If the center of the prefecture is known for its history tinged with legends and ancestral arts, northern Mie is very popular for its recreational attractions. Less than an hour by train from Nagoya, it's a bustling center with onsen and illuminations to be discovered.

9. The hot springs of Sakakibara (Tsu)

Warming hearts and bodies for over 1,000 years, the Sakakibara Onsen is one of Mie Prefecture's most prestigious drop-offs. Located two hours from Ise, east of the small town of Tsu, these hot springs are particularly famous for their clear and miraculous water (they say). The waters are said to be good for firming the skin and fighting rheumatism!

Only 55 minutes by train from the capital of Aichi, Nabana no Sato is a pretty garden of 230,000 m². The garden welcomes many visitors throughout the year who come to admire its flowers and its long paths of greenery. In the winter months, it attracts many visitors with their illuminations!

Charmed by Mie Prefecture? Take advantage of our car rental services to explore the coasts of Japan's most sacred prefecture!

Get a SIM card to stay connected on your trip.

Travel to Mie Prefecture with the Japan Rail Pass 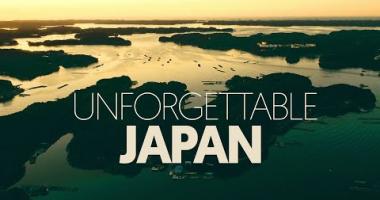 Kashikojima is a little hidden treasure, yet very easy to access, especially by a train operated by the Kintetsu Railway company.