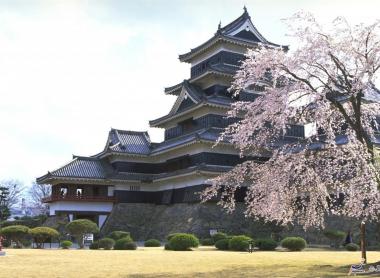 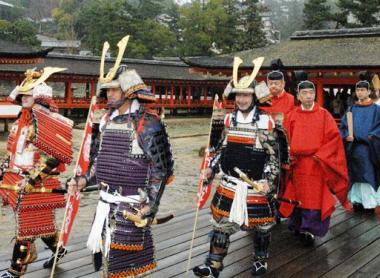 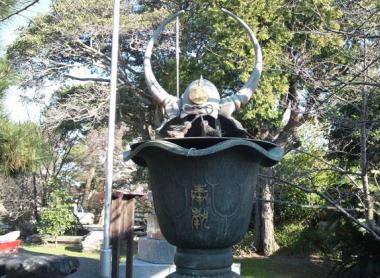 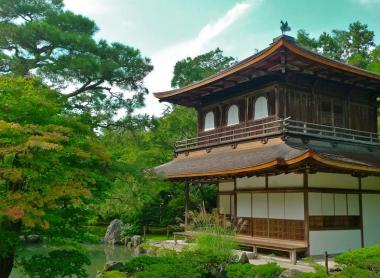 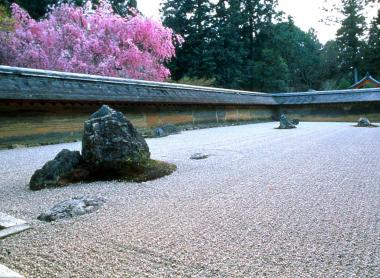 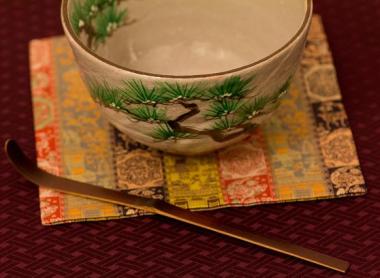 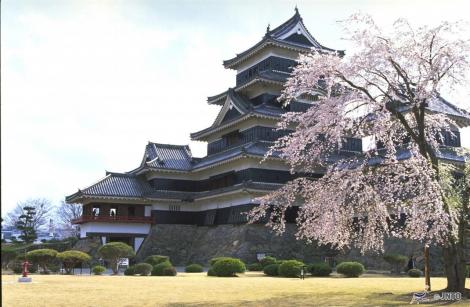 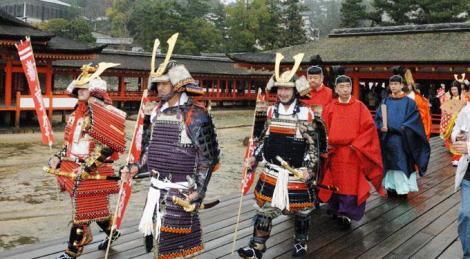 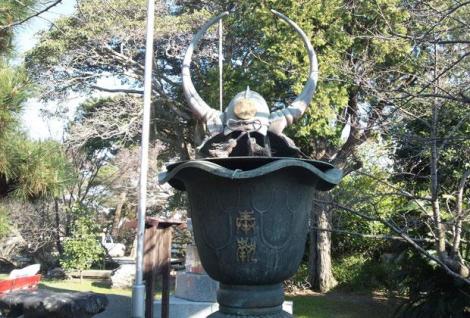 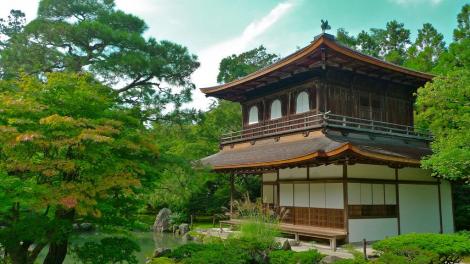 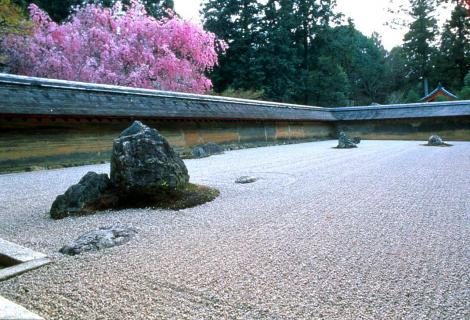 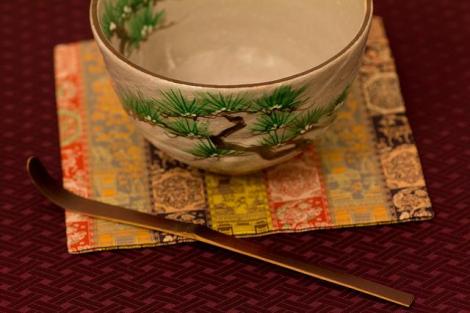 Political struggles during the Sengoku era

The Sengoku period (1477 - 1573), known as the warring provinces, is a very specific period in Japanese history, marked by numerous military conflicts and social changes. It actually covers the second half of the Muromachi era (1336 - 1573). The Sengoku period is important because it marks the first transition from medieval Japan to modern Japan. It constitutes the last period before the establishment of the Tokugawa shogun dynasty, which marks a significant turning point for Japan.

The Sengoku period opens in a challenging political context: two courts have just torn apart to establish their legitimacy: the southern court, favorable to the domination of the emperor, and the northern court, supporter of the shogun Ashikaga, who took power by force in 1338. One of his successors, Yoshinori Ashikaga, was assassinated in 1441.

Power is waning and peasant revolts break out. The weakness of the shogunate is felt, and the heads of large families, the daimyo, gradually assert themselves as the supreme authority in their region.

The castle, symbol of power

These lords enforce order thanks to the samurai, who are their vassals and owe them full allegiance. Rivalries are not slow to settle; the daimyo sport a representative helmet of their clan, the kabuto, and erect fortified castles, symbols of their power and architectural progress. The castles designs were similar: built with a stone base, a wooden frame, a dungeon and surrounded by a moat. Matsumoto Castle considered one of the three most beautiful in Japan along with those of Himeji and Kumamoto, is called the "raven castle" for its black color.

This fragmented power quickly led to a civil war, the war of Onin (1467-1477), which set Kyoto to fire and blood, and which saw the opposition of two families (Yamana and Hosokawa) and ended with the exhaustion of the forces involved and famines severely affecting the population.

It was however, during this period that the three greatest lords of Japan emerged, namely Oda Nobunaga, Toyotomi Hideyoshi and Tokugawa Ieyasu, who then succeeded in unifying the country during the Azuchi-Momoyama era. 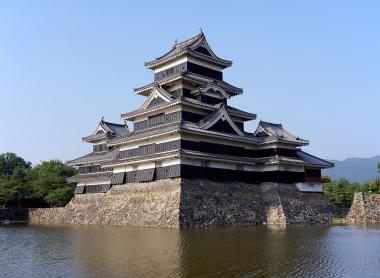 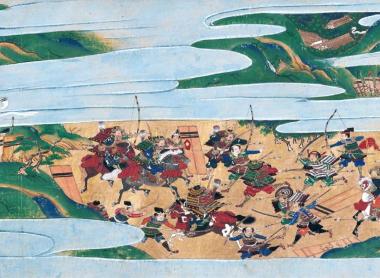 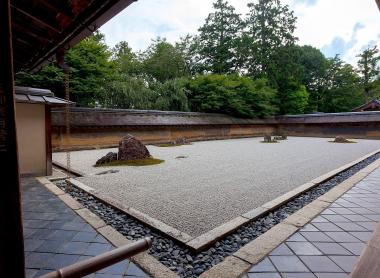 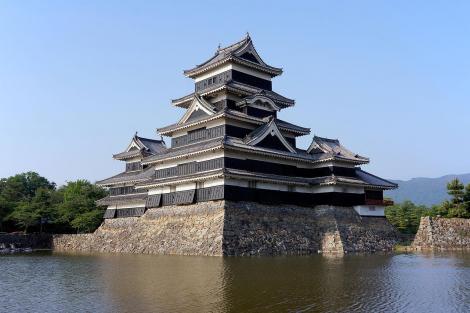 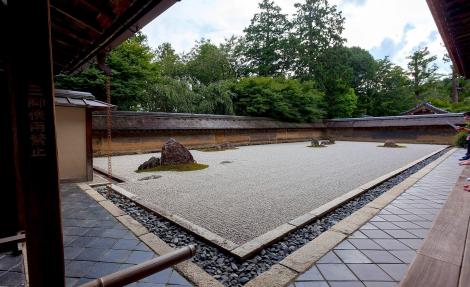 Discover Historical Roads of Japan on our self drive tour

The development of Zen culture in Japan

But alongside the permanent power struggles, which notably opposed the Takeda Shingen clan to that of Uesugi Kenshin, the Sengoku era was characterized by a cultural boom.

It was within the Higashiyama bunka movement ("culture of the eastern mountains") that the Ginkakuji, the pavilion of silver, was built. Accompanying all constructions, dry gardens ( karesansui, " kare ": plant elements; " san ": mountains; " sui ": water) knew their peak under the influence of Zen with the Ryoanji model created in Kyoto in 1499. Natural elements must be suggested, notably through the movement of waves in the gravel. In a dry garden, there is always a high rock and a flat rock, symbolizing the crane and the turtle. Prospects make it impossible to see everything at the same time. In a small, enclosed space, you have to give the illusion of the big one.

Another great feature of Japanese culture develops around the tea ceremony, chanoyu, the rules of which are written down by Sen no Rikyu (1522-1591). It is characterized by harmony, respect, purity and tranquility. Its aesthetic is inspired by the Buddhist concepts of wabi and sabi.

The arrival of the first Westerners in Japan

Finally, it was during Senkogu Jidai that Japan experienced a significant turning point: the arrival of the first Westerners. A Portuguese ship, seeing a storm approaching, takes refuge in Japan. It was the start of a great wave of migration and trade.

During his expedition to China, Marco Polo had heard that the "Cipango", as Japan was then called, was covered with gold. In 1584, the Spaniards arrived in their turn and traded directly with the Japanese. These contacts with European countries are not negligible: new foods, such as bread and wine, were introduced in Japan. Other things were also introduced, such as glasses, clocks, and a body of knowledge, including medicine.

Foreign ships thus arrived at this time in the ports of southern cities, in Kyushu, in particular in Hirado, Funai, Kagoshima, then mainly Nagasaki from 1571. The western imprint of this time is moreover very visible in this city, through villas and churches.

It was also the time when the first Christian missionaries arrived in Japan: many Japanese, including daimyos, were then converted. In the early sixteenth century, it is estimated that there were around 700,000 Christians in Japan.

Then, Toyotomi Hideyoshi, the second unifier of Japan, decided to ban the missionaries and from 1613 Christianity was prohibited.

The arrival of foreigners marks the end of the Sengoku period and the start of the Azuchi-Momoyama era (1573-1603).