Saga Prefecture is located in the north west of Kyushu and is the island's smallest prefecture. Saga borders Fukuoka and Nagasaki prefectures.

Saga is a mainly rural prefecture with strong connections with the sea and onwards to Asia. Saga's two largest towns are Saga and Karatsu, which are small municipalities by Japanese standards. 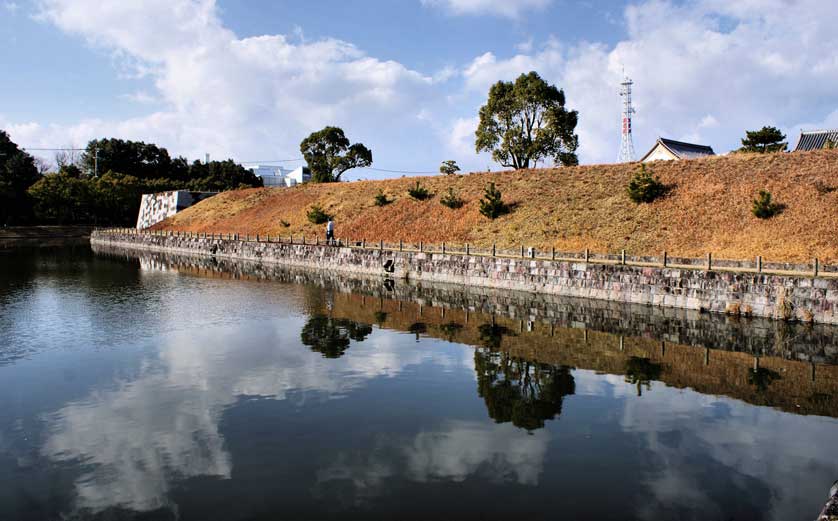 Saga Castle and its moat, in Saga Prefecture, Kyushu

Around 39% of the total area of Saga Prefecture is designated as arable land which is twice the national average. 11% of the prefecture is also preserved and protected land including the Genkai Quasi-National Park as well as the Hachimandake, Kawakami-Kinryu, Kurokamiyama, Sefuri-Kitayama, Taradake and Tenzan Prefectural Natural Parks.

One spectacular feature of the Saga countryside is its numerous terraced rice fields, some of which are distinctive enough to have names and attract admirers. The Rice Terraces of Hamanoura are famous as a collection of almost 300 terraces that are a striking sight when flooded in May.

Saga's main urban areas include the prefectural capital Saga city with a population of around 240,000 (2015 estimate), Karatsu and the smaller towns of Imari, Kanzaki, Kashima, Ogi, Takeo, Taku, Tosu and Ureshino.

Saga has a weather pattern similar to other areas in Kyushu including very hot and humid summers with milder winters than further east on the main Japanese island of Honshu. Plum and cherry trees will blossom here slightly earlier than in Honshu. 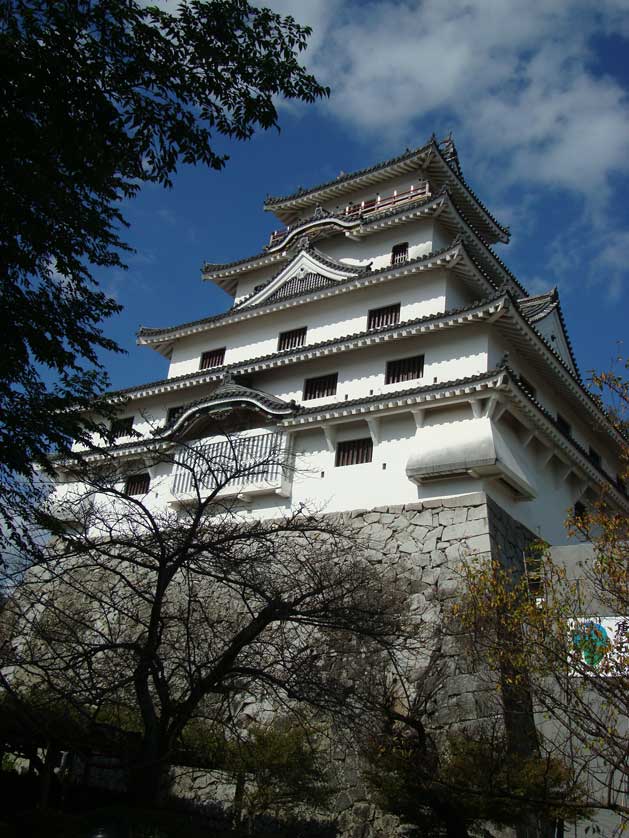 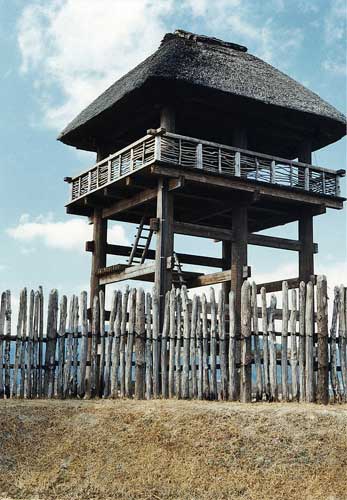 Saga Prefecture is a small prefecture but still has much to see and do. Fans of historic Japanese castles can enjoy both Karatsu Castle and Saga Castle, though both are modern reconstructions.

Kashima City in the south of Saga Prefecture is home to one of Japan's most famous inari shrines, Yutoku Inari Shrine (祐徳稲荷神社). Yutoku Inari Shrine features imposing, vermilion torii gates dramatically positioned at various angle on a hillside which visitors climb to reach the shrine building at the summit and enjoy the view of Kashima City and the Ariake Sea.

Saga is famous for the production of ceramics and porcelain including world famous Imari and Arita ware. Visitors are advised to visit the charming Okawachiyama kilns in the backblocks of Imari City where the ceramic industry was started by potters brought over from Korea by the invading armies of Toyotomi Hideyoshi in the late 16th century.

Ureshino in south-western Saga is a historical spa town with numerous famous onsen hot springs, renowned for their particularly (supposed) beneficial beautifying effect on the skin. Tofu boiled in the hot spring water is a local delicacy. Ureshino is also known for its high quality green tea. Hizen Yumekaido (9am-5pm, 365 days a year, 1,600 yen for adults, 1,000 yen for school age, 500 yen for infants) is a historical recreation that reflects Ureshino's past as a bustling post town on the Nagasaki Kaido between Okura and Nagasaki in the Edo period.

Yoshinogari Historical Park is an archeological site in the Saga countryside from the prehistoric Yayoi period (300 BC to 300 AD). See first-hand how Japanese people lived about two millenia ago, in a moat-encircled village of pit dwellings, with store houses on stilts, and hundreds of graves from the era. The park has its own station of the same name: Yoshinogarikoen.

The Tenzan Ski Resort in Saga City is an artificial snow ski and snowboard slope that provides snow slopes from mid-November to early-April (some natural snow during the coldest weeks), and grass slopes for grass skiing and mountain biking and boarding in the warmer months. Has a swimming pool and golf facilities.

The Iroha Islands Lookout Point in Karatsu looks out over the numerous tiny islands of Imari Bay. Their most famous admirer was the 8th-century calligrapher and monk, Kukai (AKA Kobo Daishi) who wrote of being overwhelmed by their beauty. "Iroha" is the Japanese equivalent of "ABC," signifying the multitudinousness of the islands.

Also in Karatsu are the Nanatsugama Caves: seven massive coastal caves on the Genkai Sea, accessible by tour ferry.

Saga boasts several famous festivals, the most internatlonally famous being the Saga International Balloon Fiesta, a hot air balloon event on a huge scale which takes place in Saga City at the start of November.

The Arita Ceramic Fair is a twice-yearly event held in spring (end of April/early May) and fall (late November). The town of Arita where the Fair is held is home to one of Japan's most renowned styles of eponymous pottery. 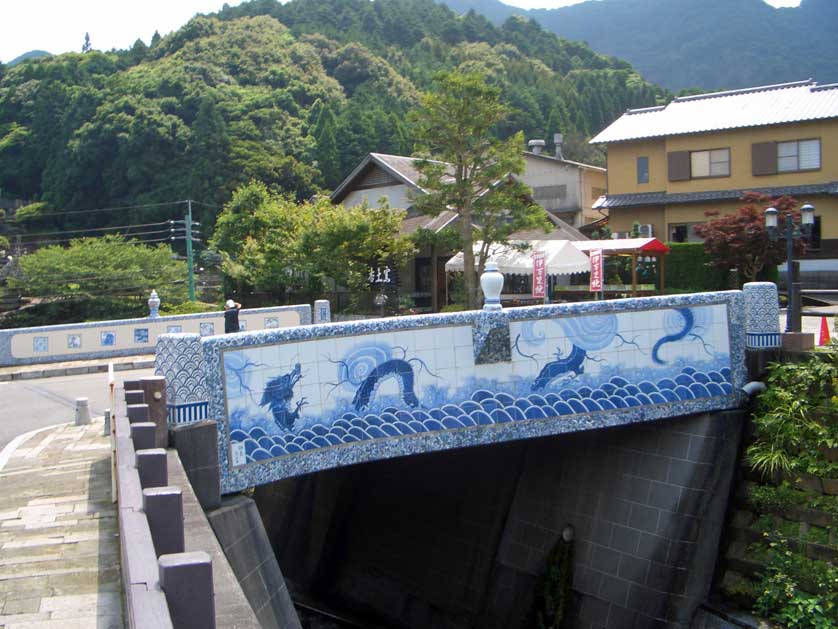 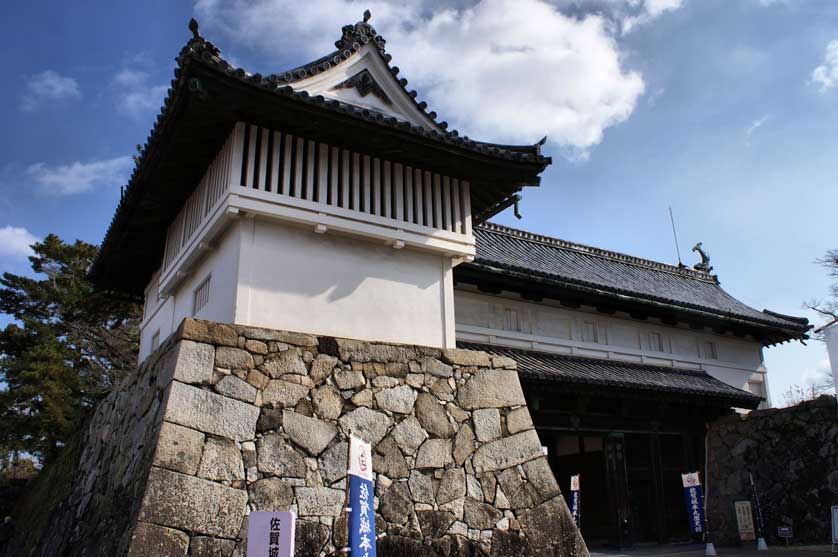 Saga, like many other prefectures in Japan has various sites that date back to the Jomon and Yayoi periods including the large and important Yoshinogari site which includes numerous dwellings, a cemetery, and walled wooden precincts.

During the Edo Period Saga domain was divided in to various sub-domains: Hasunoike, Kashima and Ogi. The former Karatsu domain centered on Karatsu Castle on the coast is also now part of modern Saga Prefecture. Hizen domain was also split between what is now Nagasaki and Saga and was centered on Saga Castle.

The revolt was intrinsically a conservative reaction to the loss of samurai privileges, Japan's increasing westernization and the new Meiji government's refusal to sanction an invasion of Korea. The uprising was easily put down by government forces under Okubo Toshimichi and both Eto and Shima were beheaded but the seeds of unrest in Kyushu were to take roots in the far more serious Satsuma Rebellion led by Saigo Takamori in 1877.

Ariake Saga Airport is a small local airport with a few flights to both Haneda and Narita airports in Tokyo. International destinations include Seoul (Incheon) and Pudong (Shanghai).

Shin-Tosu Station is a stop on the Kyushu Shinkansen from Hakata to Kagoshima Chuo.