The Nagahori Tsurumi-ryokuchi Line (color-coded light green) is an Osaka subway line operated by Osaka Municipal Subway running west-east in a zig-zag approximately 15km between Taisho in the east of Osaka to Kadoma-minami Station in Kadoma.

Nagahori Tsurumi-ryokuchi Line trains are powered by linear motor, the first such use of the system in Japan.

The Nagahori Tsurumi-ryokuchi Line has 17 stations and was built in stages from 1990 to 1997. The first section from Kyobashi to Tsurumi-ryokuchi Park took visitors to the International Flower and Greenery Exposition (Expo 90) held there in 1990. 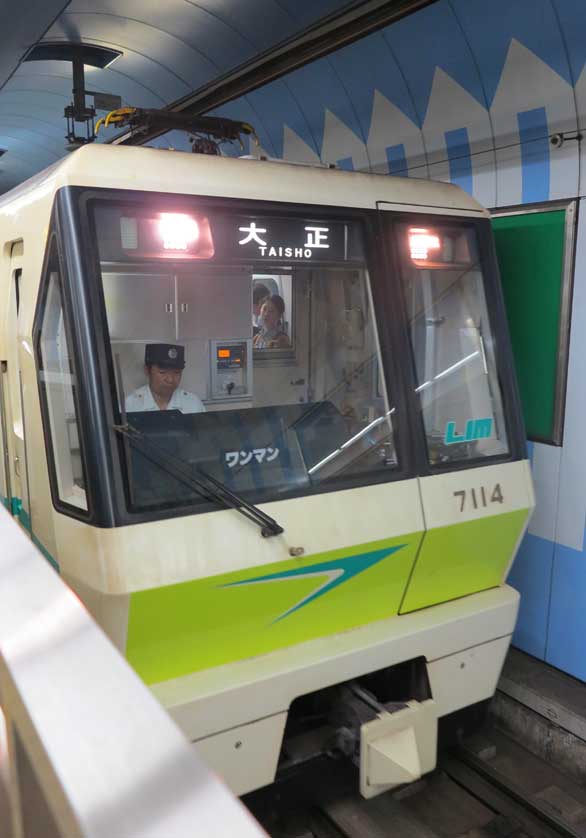 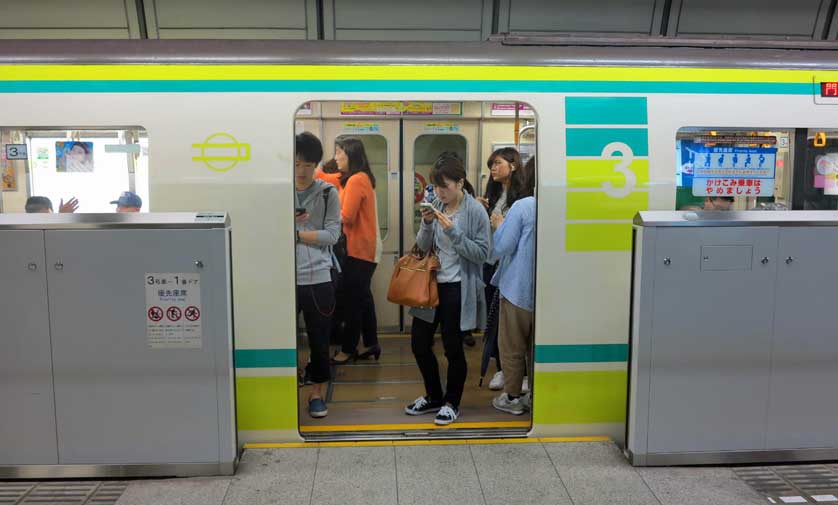 Taisho Station (大正; N11) connects with the JR Osaka Loop Line. The station is located in Taisho-ku, west of the Kizu River.

Nishi-Nagahori Station (西長堀; N13) in Nishi-ku connects with the Tanimachi Line of Osaka subway and is just east of Tosainari Shrine.

Nishiohashi Station (西大橋; N14) in Nishi-ku connects with the Sennichimae Line of the Osaka subway and is close to the Toyoko Inn Osaka Shinsaibashi Nishi. 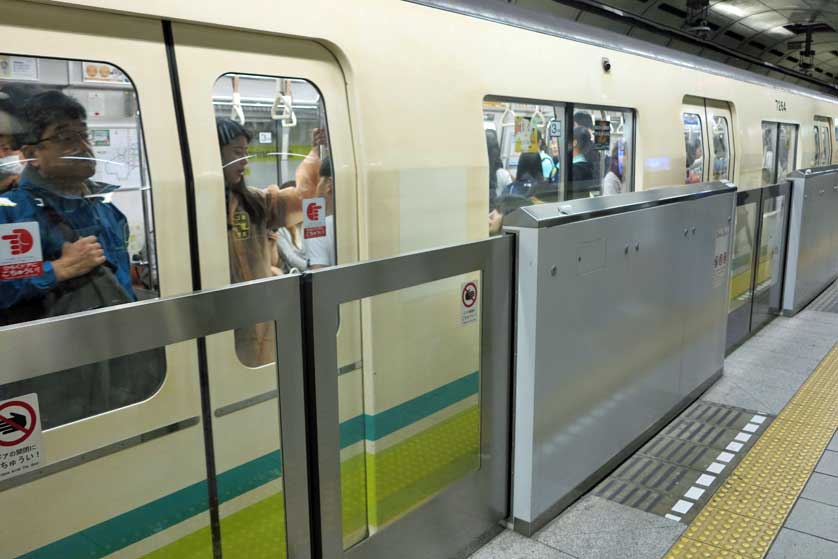 Shinsaibashi (心斎橋; N15) is one of Osaka's main shopping and entertainment areas. There are transfers to the Yotsubashi and Midosuji lines of the Osaka subway. 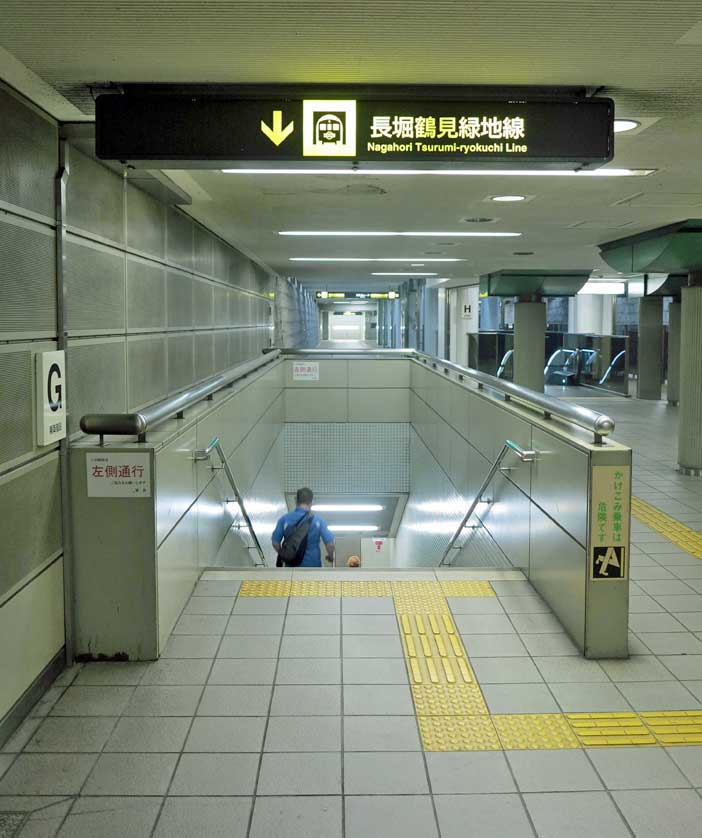 Morinomiya Station (森ノ宮; N20) in Miyakojima-ku connects with the Chuo Line of Osaka subway and the JR Osaka Loop Line.

Osaka Business Park (大阪ビジネスパーク; N21) is convenient for Osaka Castle and Osaka-jo Hall events arena which is used for various sports including martial arts as well as pop and classical music concerts and festivals.

Kyobashi (京橋駅; N22) is a major station in Osaka with connections on the Osaka Loop Line, Katamachi Line (Gakkentoshi Line) from Kyobashi to Kizu Station in Kyoto Prefecture, the JR Tozai Line from Kyobashi to Amagasaki in Hyogo Prefecture and the Keihan Main Line to Kyoto, and its major Keihan stations downtown at Shijo, Sanjo, and Demachiyanagi.

Yokozutsumi Station (横堤; N25) is located in Tsurumi-ku near Tsurumi Ward Office and the south west corner of Tsurumi-ryokuchi Park.

Tsurumi-ryokuchi Station (鶴見緑地; N26) is located in the middle of the very large Tsurumi-ryokuchi Park. Tsurumi-ryokuchi Park held the International Flower and Greenery Exposition in 1990 and the huge variety of flowers in the park at Sakuyakono Hanakan is a lasting legacy of that event. The greenhouse facilities are among the largest in Japan and the gardens include a rose garden, an international garden using different soils from around the world, traditional Japanese garden and tea house.

Tsurumi-ryokuchi Park also has an all-weather pool, tennis courts, a large central pond, a 90-meter tall observatory tower with views over the park and Osaka city, an onsen and spa as well as camping and barbecue facilities and even a horse riding ground.

Trains on the Nagahori Tsurumi-ryokuchi Line run from around 5am until midnight, 7 days a week with reduced services at the weekends and public holidays.

The Osaka Municipal Transportation Information Center (Tel: 06 62119503) is located at Namba Station and has detailed information in English on the Osaka subway and city buses and the various travel passes available such as the Kansai Thru Pass and the Enjoy Eco Card, which gives unlimited one day travel on the Osaka subway, Osaka buses and New Tram (800 yen weekdays and 600 yen weekends and national holidays).
Hours: Mon-Fri 9am-7pm: Sat, Sun & public holidays 10am-7pm

The Nagahori Tsurumi-ryokuchi Line of the Osaka subway runs from Taisho Station is the south west to Kadoma-minami Station in the north east of Osaka.