What to see in Kyoto, the ancestral cultural capital of Japan

Kyoto, the former imperial capital, is the most visited city in japan after Tokyo. It is traditional, spiritual, gastronomic and modern all at once, the city is an infinite source of fascination for those who explore it. Visiting Kyoto is an opportunity to discover every aspect of the cradle of the Japanese soul. An essential place to visit on your trip.

The history and culture of Kyoto, the essential former capital of Japan

As a UNESCO World Heritage Site, Kyoto does not hide the light of its prestigious past under a bushel. The city was founded in 794 and became the seat of the imperial court, replacing Nara, which had been the political and religious heart of the country. And why? Religious beliefs were placing too great a burden on the imperial court. For more than a thousand years, Kyoto embodied the heart of the country. This lasted until 1868, the date when Tokyo, formerly called Edo, replaced Kyoto as the capital, although Kyoto remained Japan's principal spiritual and artistic hotbed. Today, its history as an imperial city still shines through.

Kyoto is well preserved due to the fact that the city was spared from bombing by the Americans during the Second World War. Furthermore, when US President Harry Truman decided to use the atomic bomb against Japan, Kyoto was one of the four designated targets. The French orientalist Serge Elisseeff spoke to advisers at the Pentagon and an irreparable act was avoided. He argued that such a choice would destroy invaluable cultural treasures and would prove to be a barrier to reconciliation between the two countries. His voice was heard.

Visiting Kyoto is a treat for artists, culinary enthusiasts, and travelers looking for spirituality. It is viewed as the quintessential traditional Japanese city and attracts thousands of visitors every day of the year. And for good reason, as it has several gems of Japanese culture, such as the temples of Kinkaku-ji and Ginkaku-ji, the historical geisha district of Gion, the Philosopher's Path, Fushimi Inari Taisha shrine and its torii gates, and Kiyomizu-dera. Exploring Kyoto is an exotic and fascinating experience.

Kyoto's rich history makes it a must-see city and its location makes it an ideal base for exploring Nara, Osaka, and Kobe

Activities in Kyoto: exploring the riches of Kyoto

Kyoto is surrounded by hills lined with bamboo and pine woods and the river Kamo flows through the city. It is set out according to a grid plan, based on the model of the Chinese capital of the Tang dynasty. 1.5 million people live in the city today, spread over a relatively small surface area of 800 km2. The city is divided into eleven districts (ku).

The most traditional districts, in the north and east, house a vast number of temples and gardens, while the areas around the station and the south of the city, which are more modern, are home to the business and shopping districts. What may be called the city center (a concept which does not apply to the organization of Japanese cities) is located in the districts of Gion and Kawaramachi. Kyoto is one of the rare cities where machiya, typical wooden houses, can be frequently found. Nature is also very much present throughout the city.

Although it is a city with such a history, Kyoto is very lively, changing with the seasons and according to the different festivals. Those who wish can look around the china shops along the street that leads to Kiyomizu-dera, a thousand-year-old temple that overlooks the city. This is also the ideal place to buy local culinary specialties such as yatsu hashi, sweet, cinnamon-flavored cakes made using rice paste. Dreamers can wander around Nishiki market, a long covered alleyway where stallholders display their ranges of ingredients typically used in Kyoto's traditional cuisine. In Maruyama Park, not far from Gion, the flowering of the venerable cherry trees is an event celebrated with gusto in April, and "flower gazing" for hanami constitutes a celebration of the rebirth of nature.

Events, festivals and matsuri in Kyoto

While festivals are common in Japan, Kyoto is the city with the highest number of matsuri (traditional festivals). Activity reaches a peak during the summer months. The Gion Matsuri is one of the city's biggest events, particularly on 17 July, when there is a parade of floats through the city center. The evening is also an opportunity for Japanese people to don their finest yukata. The biggest festival of Fushimi Inari, Motomiya, also takes place around 20 July. Yoimiya takes place the day before this festival: the whole shrine is lit up with hundreds of red lanterns.

In January, do not miss Hatsumode (the first temple visit of the year). In May, there is the Aoi Matsuri with its many processions, the biggest festival of the month. On 16 August comes a very impressive event: Daimonji. Huge fire kanji are lit on the hills around the city. 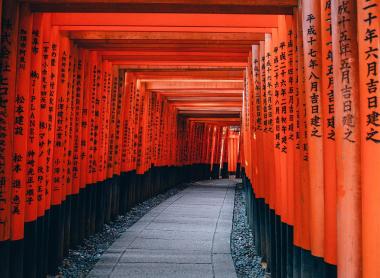 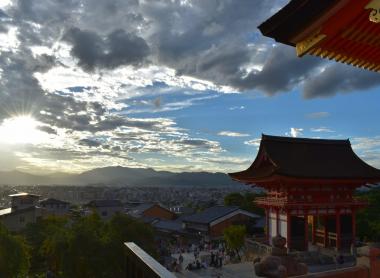 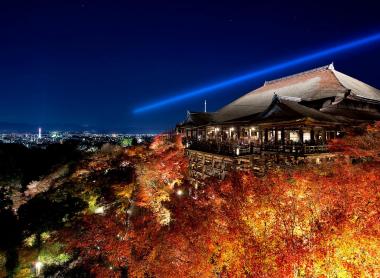 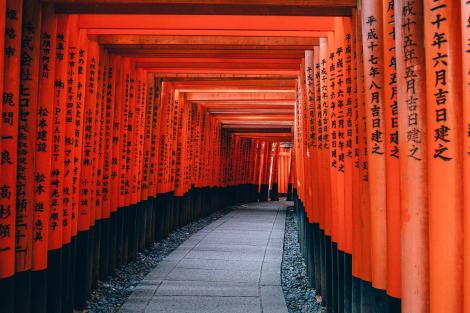 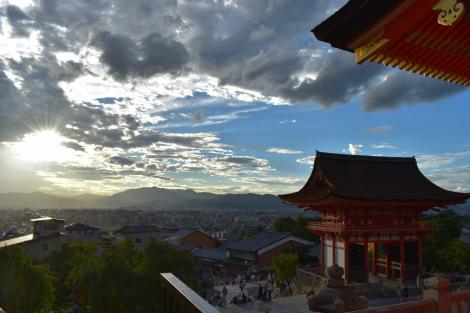 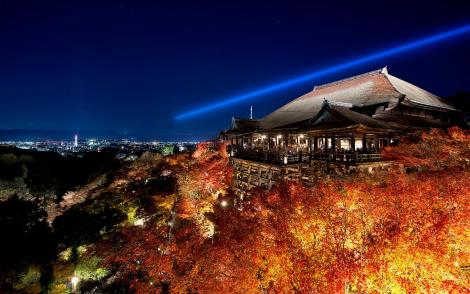 What to do in Kyoto?

Kyoto is home to quite a number of essential sights and monuments that any visitor should try and see. Here are the ones we think are unmissable:

The city abounds with many other marvels to explore when the weather is fine. With more than 1000 Buddhist temples and 250 Shinto shrines, there are plenty of sights to see.

Finally, to get around Kyoto easily, use a bicycle, and invest in a PASMO prepaid card to make traveling by train and bus easier.

Kyoto activity: Discover Kyoto by bike with our Travel Angel

How to get to Kyoto?

Kyoto city buses run from Kyoto Station around the city. The flat-rate fare is 230 yen.

One-day bus passes are available on the bus or at the bus information center at Kyoto Station and can be used for one day only on Kyoto City buses. Insert your card into the machine when you get off the bus.

There are one-day (¥1200) and two-day (¥2000) passes for all buses and subways in Kyoto, known in Japanese as Kyoto Kankoh Ichi-nichi/Ni-nichi (one day/two days) Joh-sha-ken. These passes are valid for Kyoto city buses (green), Kyoto buses (white and red), the Karasuma underground line (north-south) and the Tozai underground line (east-west). 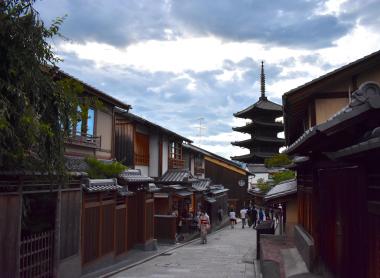 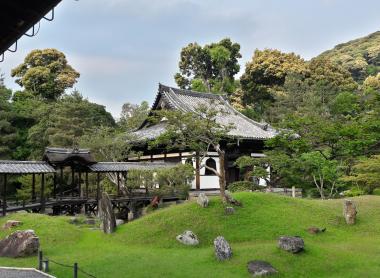 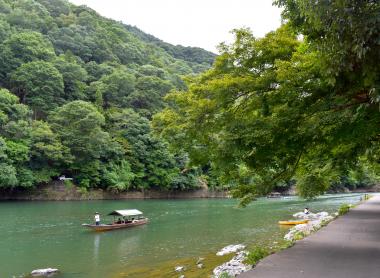 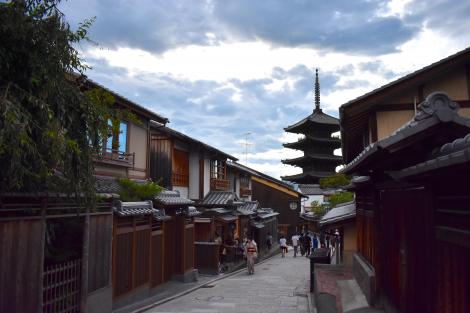 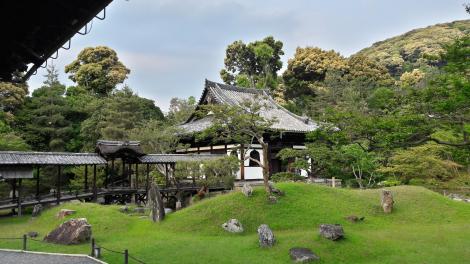 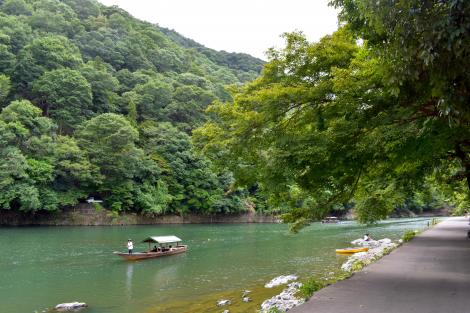 Miyagawacho Rent a house in Kyoto

Gojo Rent a house in Kyoto

Genmachi Rent a house in Kyoto

Yasaka Rent a house in Kyoto

Hibiki Rent a house in Kyoto

Kiyomizuan Rent a house in Kyoto

Enso-an Rent a house in Kyoto

Kyoto with a Buddhist monk Activities in Kyoto

Getaway to the village of Ohara Activities in Kyoto

Arashiyama, beyond the bamboo forest Activities in Kyoto

On the Tea Road Activities in Kyoto

$75 per person
Discover all our activities in Kyoto (40)