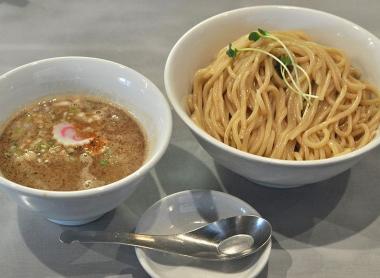 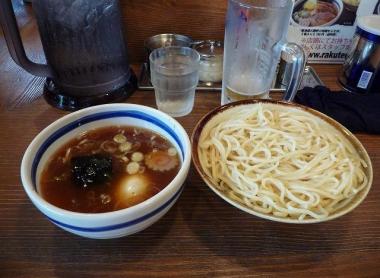 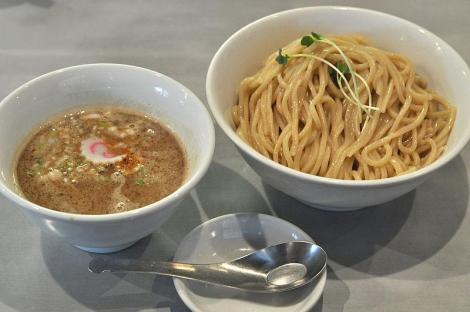 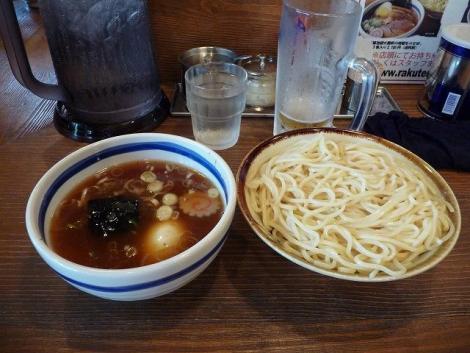 Tsukemen noodles, a cold and hot dish for summer

Tsukemen are the ideal dish for anyone who cannot do without noodles during the hot and humid summers of the Japanese archipelago. Discover the story of this simple, hearty and tasty hot and cold dish; a story that began more than half a century ago.

Eat noodles even in summer!

Tsukemen are cold or room temperature noodles accompanied by hot broth , served in a separate bowl. The noodles are eaten after having been previously soaked in the broth as indicated by the name tsukemen which comes from the verb tsukeru meaning "to soak, to moisten". Although the ingredients of the recipe are quite similar to those used to make ramen , the big difference is essentially in the presentation and the tasting.

Indeed, in the case of ramen where the noodles are placed directly in the broth, here noodles and soup are served in separate dishes . This specificity has given rise to a question that has fueled heated debates between culinary specialists for many years: are tsukemen ramen ? If this could bring smiles outside the archipelago, the fact remains that the Shin-Yokohama ramen museum tackled the problem in May 2010. The institution affirmed in the conclusions of a study carried out according to many interviews, a survey and an analysis of data that the tsukemen belonged to the " ramen genre" . We bet that this debate must always rage among specialists!

The thick broth of Tsukemen

Seasoned with soy sauce and a sweet mirin , the broth of tsukemen is imbued with the intense flavor of meat, seafood, boiled fish, cabbage and fishmeal. To this pronounced taste is added a thick and creamy texture allowing the noodles to be coated during soaking. On the noodle plate (above or on the side), the cook traditionally places chāshū (sliced braised pork), menma (condiment made from bamboo shoots) or evennori sheets and eggs .

This dish where the noodles are cooked and then immediately cooled in a bath of cold water offers the possibility of peacefully tasting pasta in the heart of the hottest Japanese summers .

It is customary to attribute the creation of tsukemen to Kazuo Yamagishi (1934-2015) . A native of Nakano in the prefecture of Nagano , he began an apprenticeship in a restaurant in the Japanese capital at the age of 17 and then opened his first restaurant near Yoyogi-Uehara station in 1954 . It is there, seeing his colleague dipping noodles in a small cup of soup that the young man has the idea of tsukemen . He listed his dish of cold soba to be dipped in soup on the menu of his new establishment in Higashi-Ikebukuro, the Taishoken, in 1961 under the name " special morisoba ". He only invented the term tsukumen (soaked noodles) in 1973 . At the price of 40 yen (30 euro cents!) , the hearty portions of 200 to 300 grams instead of the usual 100 to 150 grams of ramen are an immediate success . Fans and curious crowd in front of the shop and gather in a long queue on the sidewalk. Over the following decades, he created an extensive network of restaurants , numbering around 100 establishments throughout the archipelago when he died in 2015 .

He leaves it to his teams to perpetuate his values and his motto which has guided him throughout his life: "Let's make every effort to make delicious things and make customers happy" .

At Higashi Ikebukuro's Taishoken, as in the other restaurants founded by Kazuo Yamagishi, the tsukemen are meticulously prepared every morning from homemade noodles and carefully selected products.

The Higashi-Ikebukuro establishment, although having moved in 2008, is still open:

Tsukemen recipe to make at home 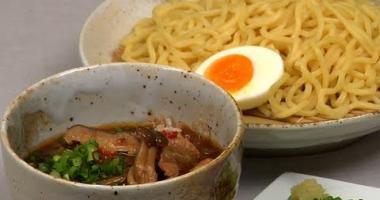