Kumamoto Artpolis is an innovative urban planning and architecture project in Kumamoto, Kyushu that has garnered a lot of international interest.

Kumamoto Artpolis is an innovative urban planning and architecture project that has garnered a lot of international interest and praise since its inception in 1988. World famous architects such as Tadao Ando have contributed work to the project.

The Kumamoto Artpolis project was the brainchild of the then Governor of Kumamoto, Morihiro Hosokawa, and architect Arata Isozaki. Hosokawa later became a Prime Minister of Japan, and Isozaki was Commissioner of the project until 1997 when Toyo Ito took over.

Both Isozaki and Ito are world renowned as architects. The Kumamoto Artpolis project was an attempt to create an alternative to the archaic, some might say non-existent, town planning procedures in Japan at the time. 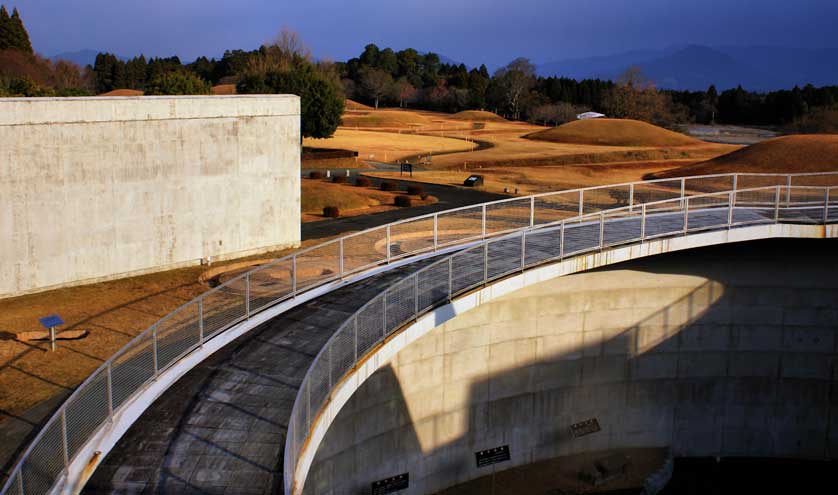 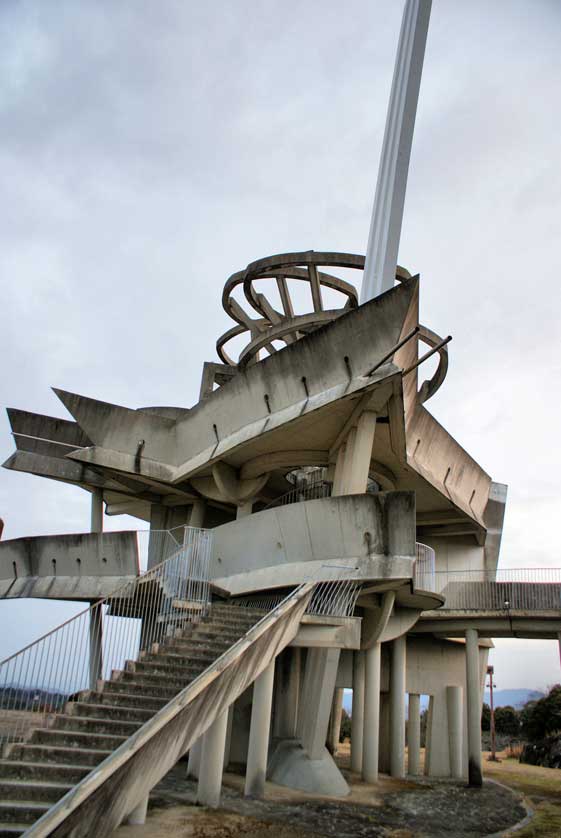 The project's aims were to place more emphasis on design rather than just function, to make the designs responsive to the environment, culture, and history of Kumamoto Prefecture, and to involve the local communities in every stage of the process.

An unusual aspect of the project is that it is applied not only to public works and government-funded structures, but also to private developments. To date more than 80 projects have been completed with many more still in the design and construction phases.

The types of projects cover a wide range of structures from the obvious government buildings, public housing, museums to private residences, bridges, landscaping, and engineering structures such as sewage plants and tunnel ventilation systems.

Perhaps strangest of all are several sets of public toilets. The project covers the whole of the prefecture, from small islands and remote villages to the main cities. The vast majority are open to the public, though some need advance permission to enter and a handful are closed to visitors. For the short-term visitor to Kumamoto city the following are easily visited within the main area of the city. 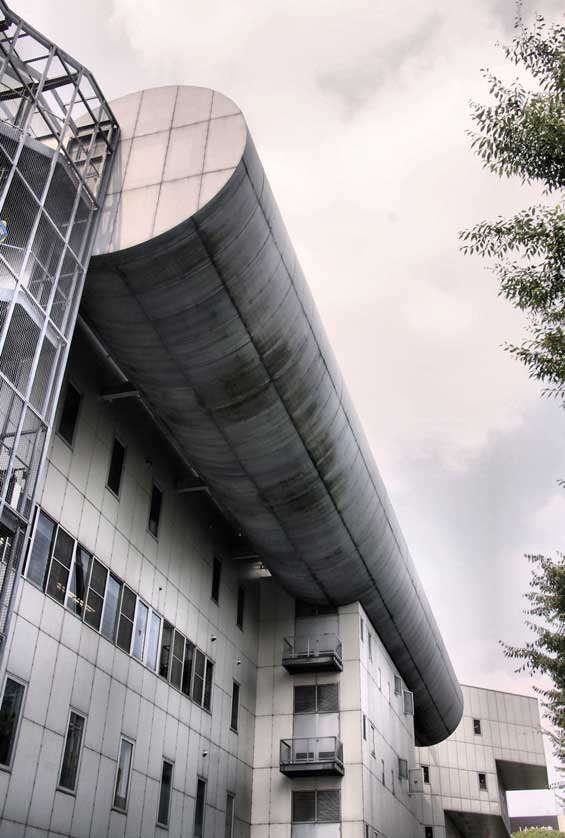 The first phase of this project was completed in 2011 to coincide with the opening of the Kyushu Shinkansen. It consists of an organically-shaped canopy, inspired by cloud forms, that floats over the space from the station entrance to the tram station. It was designed by Nishizawa Ryue. Further structures will be added when a new station building is finished in 2018. 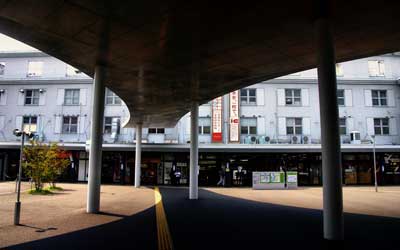 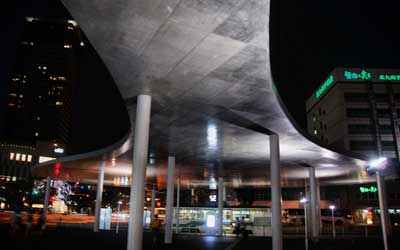 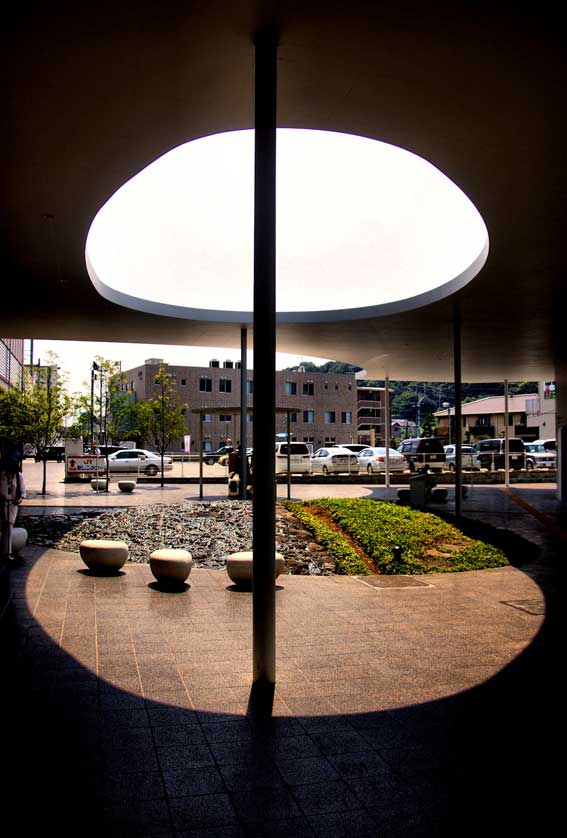 Also completed in 2011 for the opening of the Kyushu Shinkansen, a curved wall with canopy surrounds a series of bus stops and the station entrance.

Both the walls and canopies have a series of different sized and shaped openings in them to blur the distinction between inside and outside.

Under the largest canopy opening is a "water garden". The idea is to evoke a park-like space. It was designed by Sato Mitsuhiko. 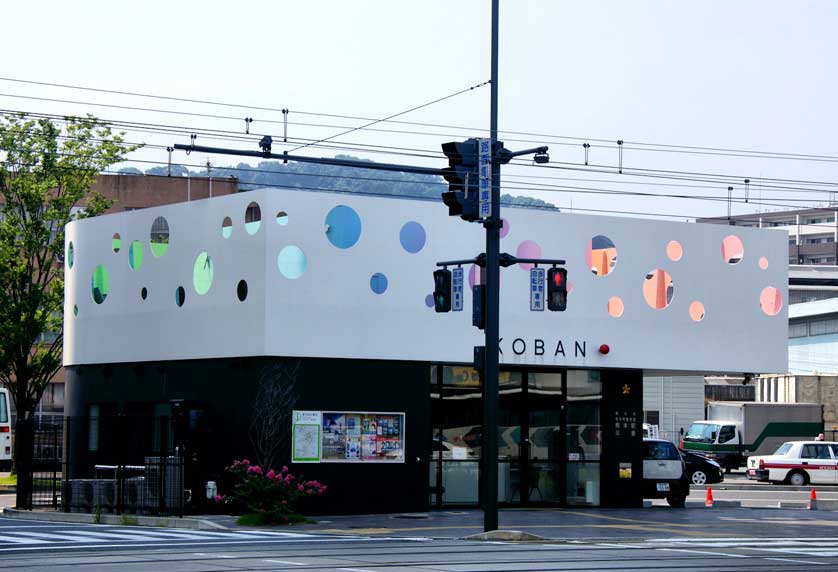 Completed in 2011, the Koban (police box) is situated a little to the south of the East Entrance of Kumamoto Station.

The small second floor room is surrounded by a curved wall in which are a series of circular openings.

Both the interior face of the wall and the room are painted in a series of pastel shades. I have seen photos of it lit up at night but when I spoke to the cops in the koban they said they had no plans to turn the lights on. It was designed by Astrid Klein & Mark Dytham. 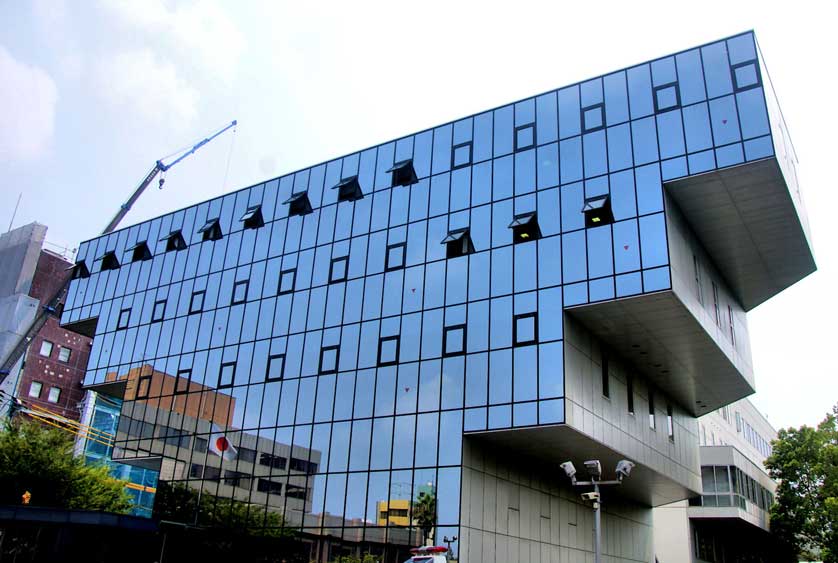 Located a little to the south of Fujisaki Hachimangu Shrine, Kumamoto North Police Station is known locally as the Glass Police Station as the whole western facade is reflective glass.

Each floor is wider than the one below. The western part of the building contains the public offices as well as galleries and a martial arts hall.

Designed by Kazuo Shinohara, Kumamoto North Police Station opened in 1990 and was one of the first Artpolis projects. 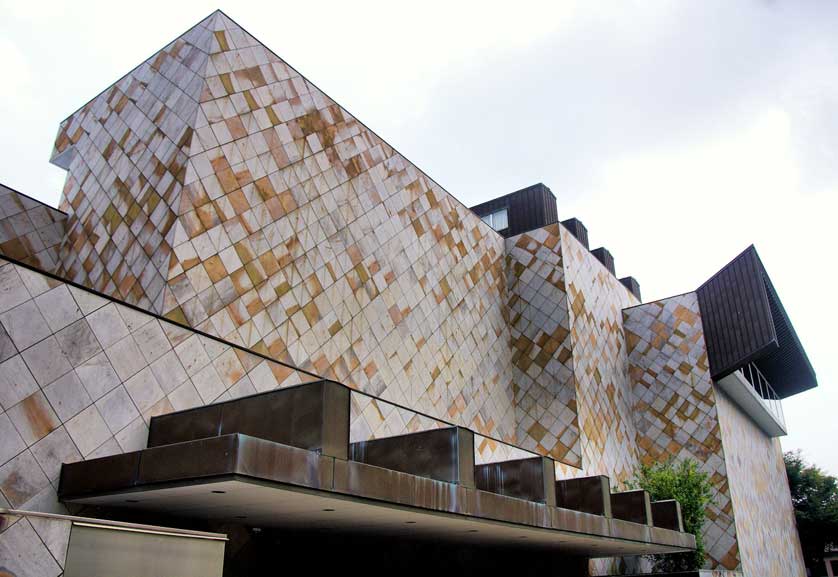 Originally a library, when it came time to renovate the building for its change of use to a museum it was also decided to radically alter the design.

The stone cladding of the exterior is meant to mirror the stone walls of Kumamoto Castle on the opposite side of the road. 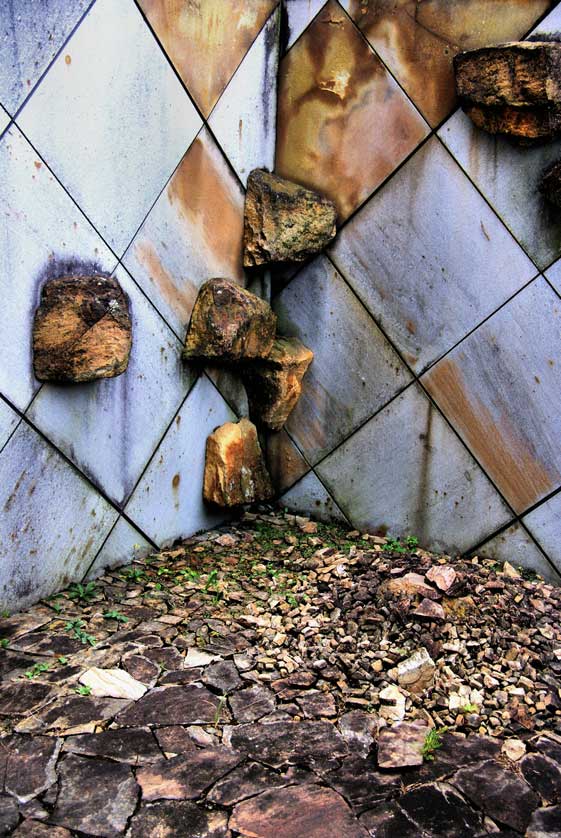