Japanese Souvenirs Omiyage: gift giving in Japan is huge, with gifts being exchanged in summer, in winter, and when leaving or returning from travels. 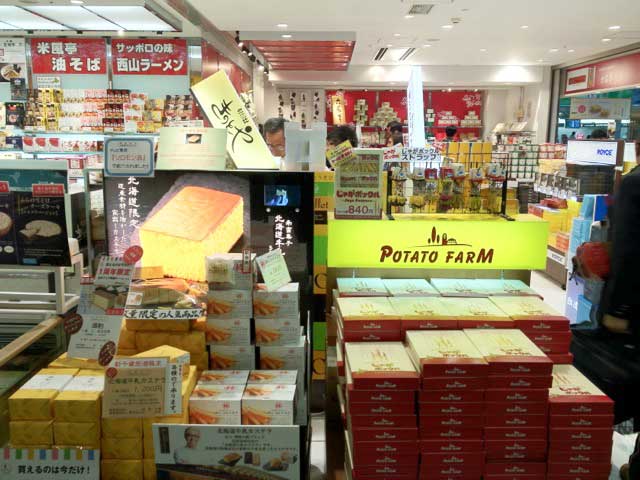 To learn about one very important aspect of Japanese culture one needs to go no further than the nearest airport.

Japanese airports have become veritable shopping malls offering everything from diverse dining experiences at multiple restaurants to relaxing massage at spas and at some even hot baths. No Japanese airport is complete without seemingly endless stalls selling arrays of gifts for the departing traveller.

Gift giving in Japan is taken to the extreme, with gifts being exchanged in summer, in winter, and when leaving or returning from travels.

In the past, when travelling was a much riskier affair than it is now, it was customary to visit a shrine to pray for a safe journey before setting out, and to invite family and neighbours to a party.

Those invited gave gifts, known as senbetsu, to the traveller. These gifts, usually in the form of money, were to be used for the necessities of the journey, and in return the traveller would bring back a souvenir (omiyage) for those who had given senbetsu.

Though less common today, some still give senbetsu; omiyage meanwhile have proliferated. 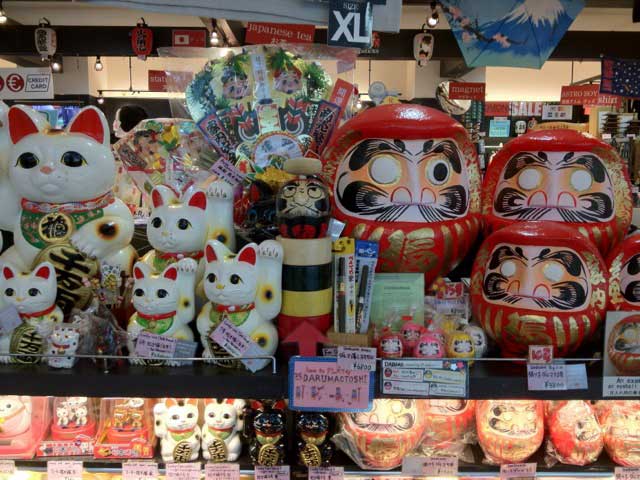 Visiting famous shrines scattered about the country has long been a purpose of travel in Japan. Carrying gifts back to those at home was a way of sharing the blessings of the gods. Gifts, in the past, were typically local items produced at the shrine or in the region of the shrine and so they were an insight into other areas of the country and their produce.

Despite the religious implications of gift giving having faded, and even though the commitment of returning an omiyage to someone who has given senbetsu has weakened, giving omiyage is hugely important.

Gifts may be given with careful attention paid to the recipient's interests or needs, though they may also be given out of duty and obligation. Thus it is common for workers to return from a business trip or a holiday with small gifts for their colleagues.

A carefully chosen gift as a memento or keepsake conveys a personal connection in any culture and is much appreciated, but giving a trinket, an ornament or an object places the recipient under the pressure and perhaps even stress of what to do with it (especially if the recipient doesn't actually like it!) What a dilemma! 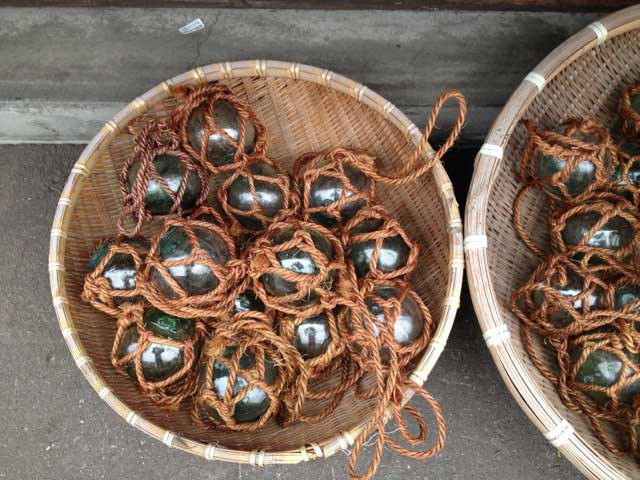 In Otaru gifts may include ready to hang, collectible glass fishing floats 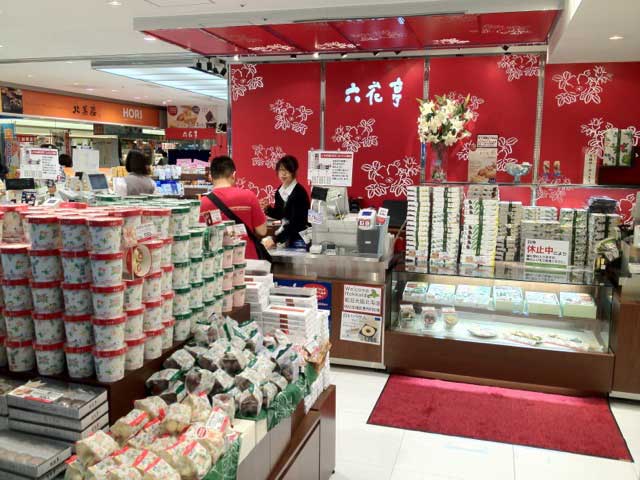 Edible gifts are the norm when returning to one's office or home; local delicacies and candies are particularly welcomed

Today, shops selling souvenirs cater to all tastes - in clothing, pottery, art and so on, not to mention vast arrays of trinkets, and especially the numberless forms of 'dangly-things' that can be strung from mobile phones.

It seems that the modern omiyage is not so much about carrying back a memory of a journey or a holiday as about bringing back proof that the absent one recognised they belong to a social network and thought of their family, friends, or colleagues while away from them; more of a connection back, than a connection to the destination.

Some omiyage crop up again and again at souvenir shops around the country, and they are clearly not particularly associated with the location, instead they represent an opportunity to return an obligation with something that is universally acceptable, and that seems to be chocolate-covered macadamia nuts.

Whether deliberately or coincidentally, Japanese manufacturers have come up with the ideal gifts for giving to people who typically live in small accommodations, with limited display opportunities - food! Is there a better gift?

Attractively packaged, fruit, snacks, tea, cakes, candies, chocolates and cheeses, even farm produce and seafood, can be given in the sure knowledge that someone in the recipient's family will enjoy consuming them and that they will not be contributing to the clutter of 'stuff' that threatens to overwhelm every household. 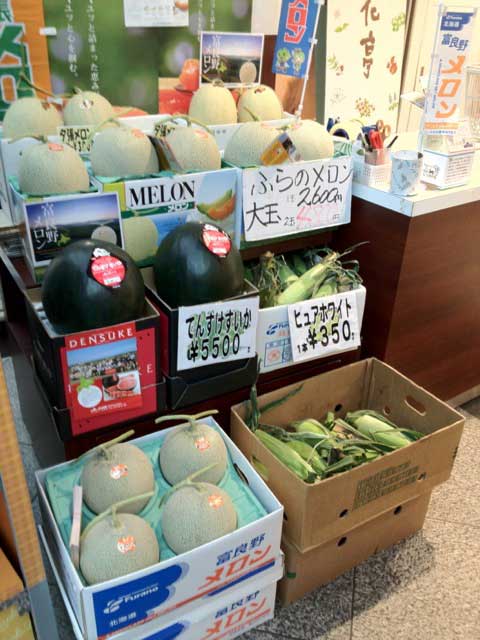 Larger Omiyage can be shipped from the store (even at the airport) to the recipient. Among Hokkaido's most famous Omiyage are melons and corn cobs 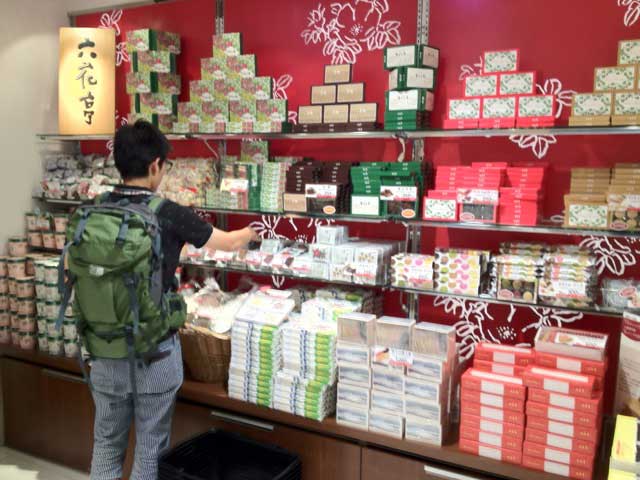 The traveler is spoiled for choice, though fortunately many stores have samples available to taste

Now the burden of carrying back gifts is no longer on the giver thanks to the marvellous ways in which vendors will arrange for shipping and delivery.

Of course it helps to have a safe, secure and careful infrastructure of delivery companies that actually take care of the goods in their charge and that do so at a reasonable price to make this possible.

Whether its miso paste or soy sauce, whether potatoes or pumpkins, crabs or salmon or a seemingly endless array of other items, one can purchase them, fill out the necessary address labels and be safe in the knowledge that the recipients will receive them in fresh and perfect condition a day or so later.

No longer is it necessary to return from a trip laden with gifts, though of course its still tempting to pick up a last minute gift or two at the airport - just in case! 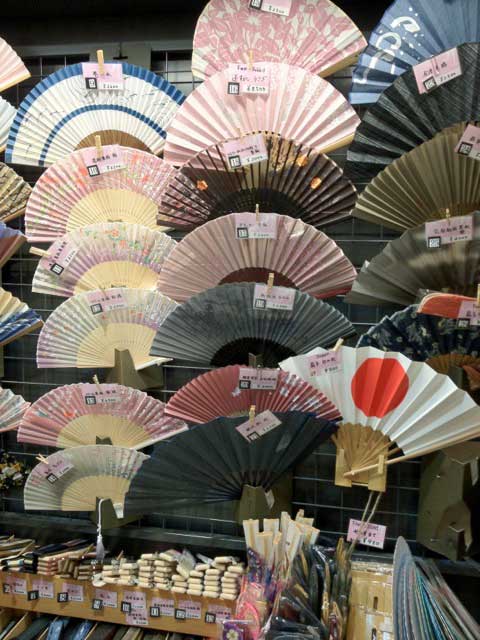 Souvenir stalls along the route to Kiyomizudera, Kyoto, carry foods, pottery and fans 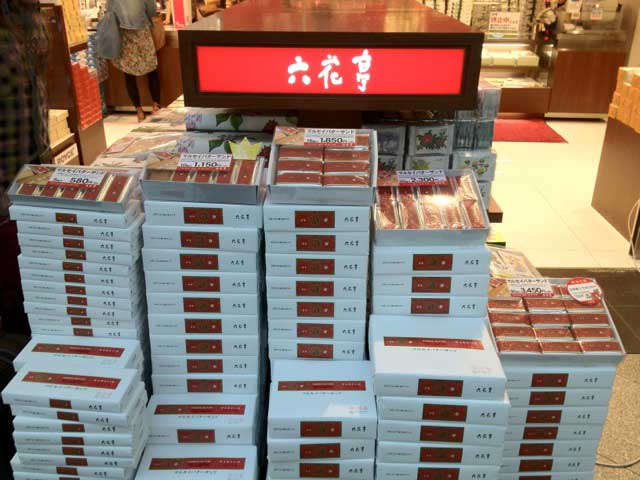