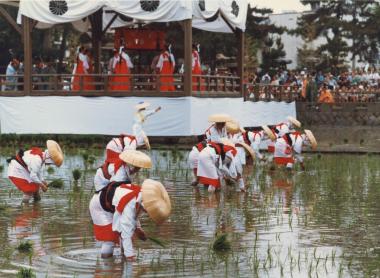 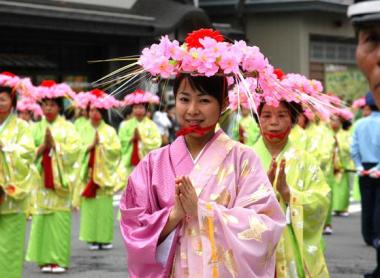 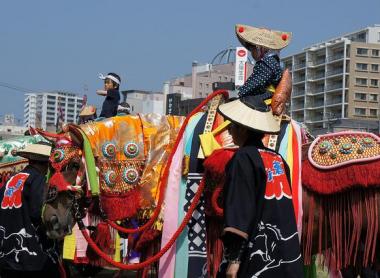 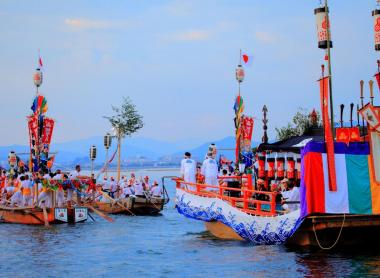 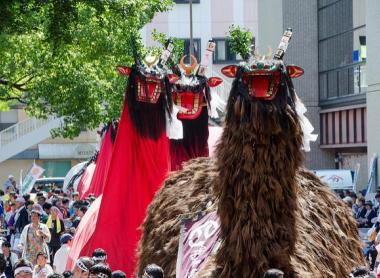 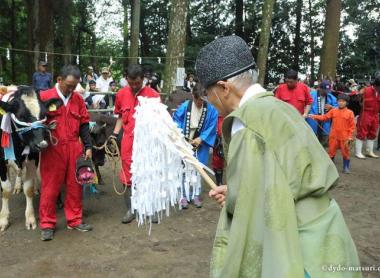 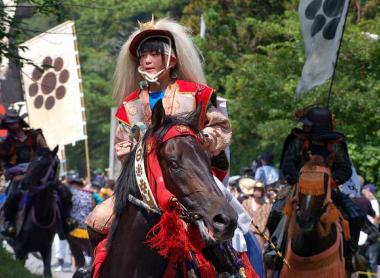 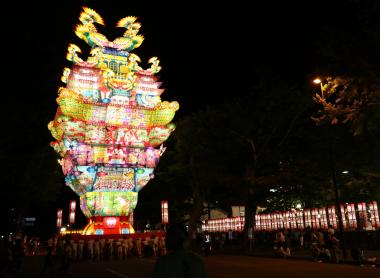 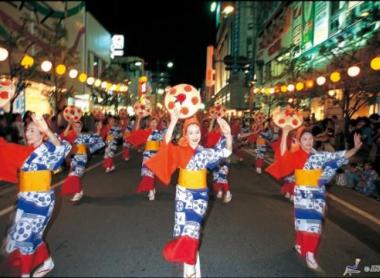 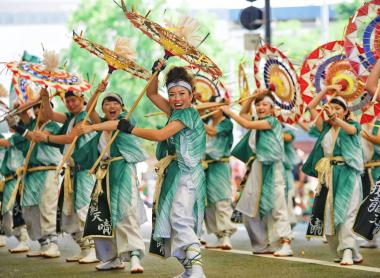 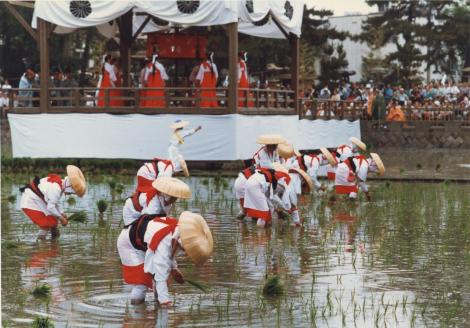 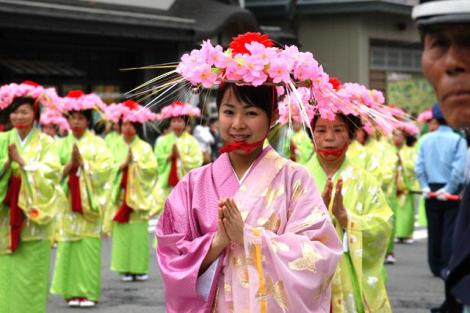 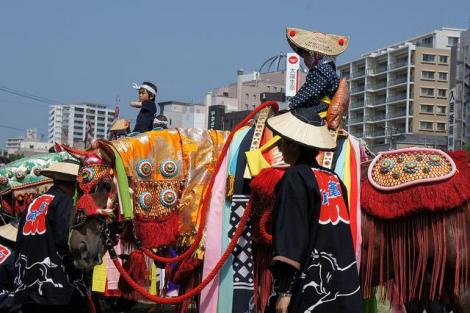 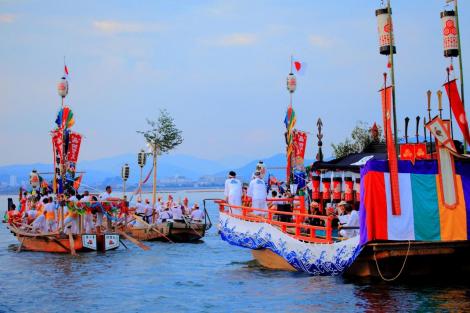 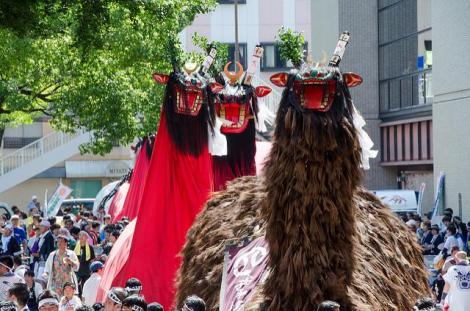 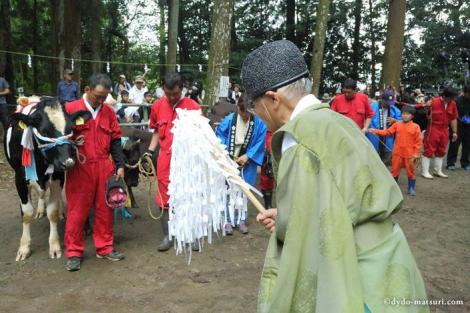 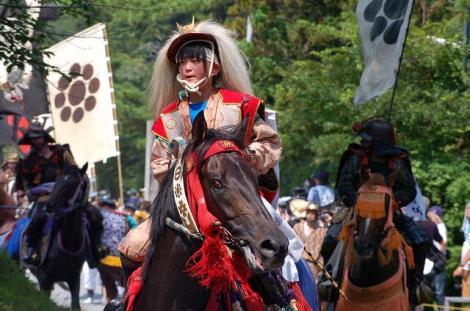 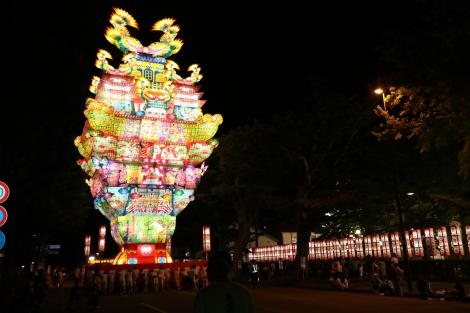 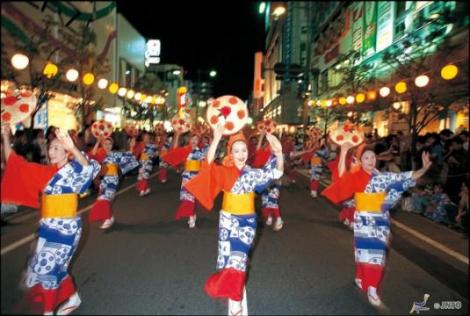 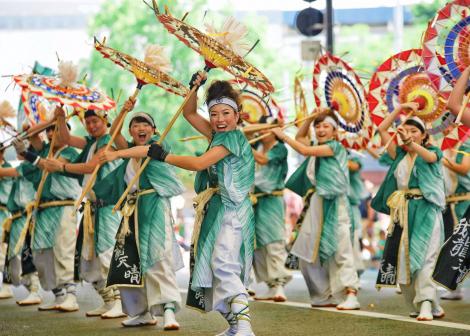 Summer is the period of festivals in Japan. Discover our picks of some of the more unusal matsuri.

The root of Japanese culture is deeply linked to the cultivation of rice. The process of taue , the planting of rice seedlings, is therefore of great importance. There are many festivals celebrating the planting rice across the country, but the Sumiyoshi Taisha temple is unique because it reproduces the ancestral rituals of rice cultivation . You can see the rice fields plowed by cows, songs, and ritual dances. The Japanese believe that dance enhances the vitality of rice grains . In addition, you will have the chance to attend a parade of armored samurai .

Since 1778, Buddhists from all over the archipelago have gathered to celebrate the birthday and teachings of Buddhist monk Kukai (774-835) . In the morning, a commemorative ceremony is held at the Daishi Kyokai Buddhist Administrative Center, followed by traditional music concerts. This is followed by morning prayer at Kongobuji. At midday, the parade begins with lots singing and dancing.

Getting there: Kongobun-ji Temple, Koya

Every year in the village of Takizawa the horse is celebrated in this festival. Colored cloth and bells, a hundred horses paradise from Takizawa to Morioka. " Chagu chagu " is the onomatopoeia for the sound of the bells that swing when the horses trot along. Iwate Prefecture has long been known for the breeding of horses . The Chagu chagu umako festival was organized for the first time over 200 years ago to celebrate the end of the rice planting season, in which the horses have worked so hard. In the morning, the parade leaves from the sanctuary Onikoshi-sozen jinja, dedicated to the divinity of the horses.

Let yourself be carried away to the Heian era (794-1185), on the occasion of the Kangensai festival, where court music and boat ride are combined. More than 800 years ago, Taira-no-Kiyomori (1118-1181) ordered the construction of Itsukushima Shrine to honor the gods . This festival is accompanied by the Kangen court music, with three flutes ( sho, hichiriki and ryuteki ), three drums ( kakko, taiko and shoko ) and three string instruments ( wagon, biwa and koto ).

Getting there: Itsukushima Sanctuary, Miyajima

Uwajima ushi-oni matsuri is celebrated on 24th July. Floats 6 meters high, bearing the ushi-oni effigy, parade through the streets. Ushi-oni is a legendary monster, half demon half-ox. According to the History of Japan, written by the scholar Raisanyo (1780-1832), Toyotomi Hideyoshi (1537-1598) gave orders to invade Korea: a Trojan horse in tortoiseshell scales, surmounted by a head of ox, called ushi-oni (demon ox), assured him the capture of the castle of Jinju and the victory in 1593.

On the evening of the same day there is Warei Taisai, where you will be able to attend the hashirikomi, a ceremony where several portable temples, mikoshi , are transported by boat from the port of Uwajima to the mouth of the Sukagawa River. Teams of young men then carry the mikoshi in the river , to the Warei-jinja sanctuary. There, they dance around sacred bamboo masts erected in the river, while continuing to carry the sanctuaries.

At the end of July, the Sugawara temple in Miyazaki honors ... its oxen! This festival is a 400-year-old ritual where locals pray for healthy live stock and good harvests. After the rough agricultural season, the temple enclosure hosts calves in festive clothes participating in a show jumping. " Ushi " means beef and " -goe" comes from koeru , pass. In Japanese, ushigoe is also a homonym for "fattened beef"

In the district of Soma, there is a thousand-year-old tradition: the festival Soma-nomaoi. The event that all come to admire is the samurai wild horse race , Koshiki Kacchu Keiba, in which 12 full-armed samurai-helmets, katana - gallop over a distance of 1 kilometer. The spectators also come to see the Shinki Sodatsusen, where a hundred riders race for 40 flags of the temples.

A very ancient tradition of the city of Noshiro, Tenku no fuyajo is attached to the festival of the stars, tanabata . From the Tempō period (1830-1844), lanterns of original shapes were appreciated. It was then that a giant lantern, 17 meters high, was built, a replica of Nagoya Castle : the first lantern-castle . The giant lanterns parade through the city, to the sound of traditional flutes and taiko drums. By 2014, the largest lantern-castle ever created was 24 meters high .

A relatively new festival, the Hanagasa matsuri has only been held since 1964 but already attracts more than one million visitors each summer. A hanagasa is a hat decorated with artificial safflower flowers, the representative flower of the region. Nearly 10,000 dancers march through the streets of Tottori, wearing floral hats. The parade is led by large richly decorated floats, and the city is adorned with a cheerful atmosphere. Formerly, synchronized dances were popular, but nowadays creative outfits and hat-throwing are also favored.

Created by the collaboration of the Hijiri-jinja and Omori-jinja temples, the Shan shan matsuri was designed to promote trade in the region in 1956. Transported from the east of Tottori, the shshima umbrella dance was popularized to take place in the festival. In Japanese, "s han shan " refers to the sound of the boiling water and the tinkling of the bells. In 2008, 4,000 dancers participated in the dance of the umbrella at the festival, a record!