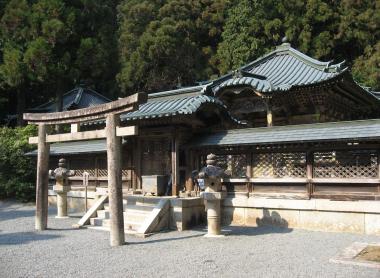 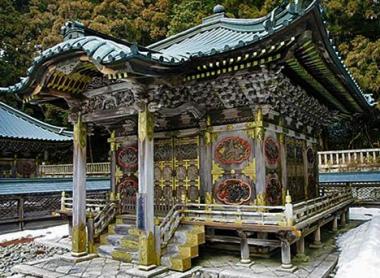 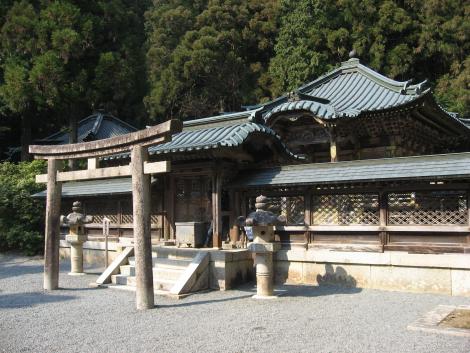 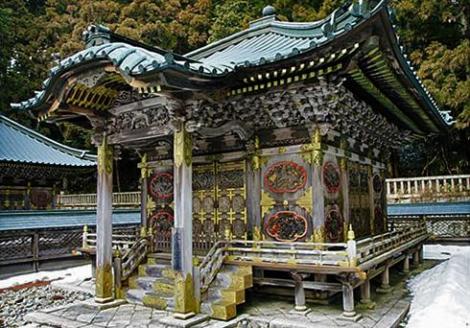 A little away from the other sites of Koyasan, slightly raised, as if to impose respect, the Tokugawa Mausoleum was built in 1643 at the request of the shogun Tokugawa Iemisu (1604-1651), the third of the family, in honor of his grandfather Tokugawa Ieyasu (1543-1616), and his father Tokugawa Hidetada (1579-1632). These two most illustrious members of the family that ruled during the Edo era (1603-1868) are not buried here, but in Nikko, in an Iemisu temple built at the same time.

Two identical buildings, the one on the right for Ieyasu and on the left for Hidetada, the finely detailed gilding, which is specific to the style of the early Edo period ornaments the beautiful, varnished wood buildings, in harmony with the richness of the interiors.