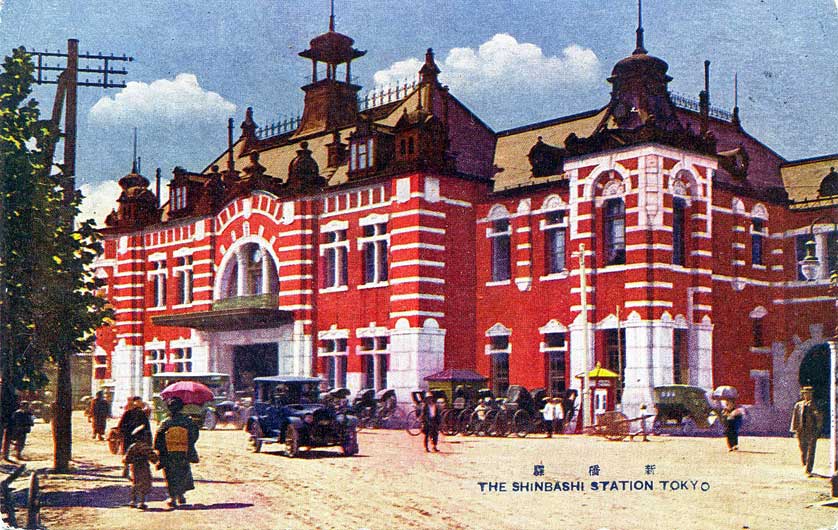 Shimbashi Station is a major rail intersection in Tokyo connecting with the circular JR Yamanote Line (2 stops from Tokyo Station), the Tokaido Line for trains to Fujisawa, Hiratsuka, Odawara and Atami, the Yokosuka Line for Yokohama and down to Kamakura and Yokosuka, and the Keihin-Tohoku Line for trains to Shinagawa, Yokohama Station, and Ofuna.

Shimbashi Station also has two Tokyo subway lines: the Toei Asakusa Line, and the Ginza Line for access to Asakusa in the east or Shibuya in the west.

Shiodome Station on the Toei Oedo Subway Line is about a 9 minute walk from Shimbashi Station.

Just outside JR Shimbashi Station, on the east side, is the terminus for the Yurikamome Line that goes across Rainbow Bridge to Toyosu Station in Koto-ku via Odaiba. 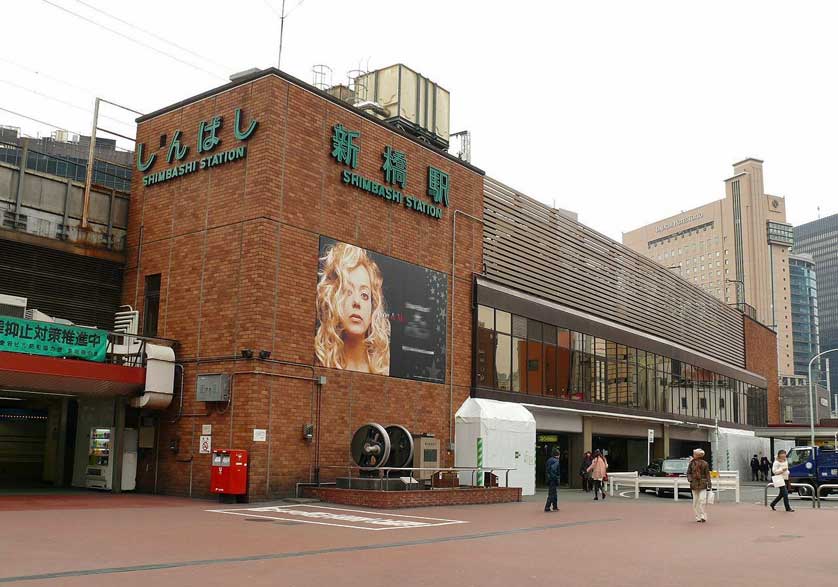 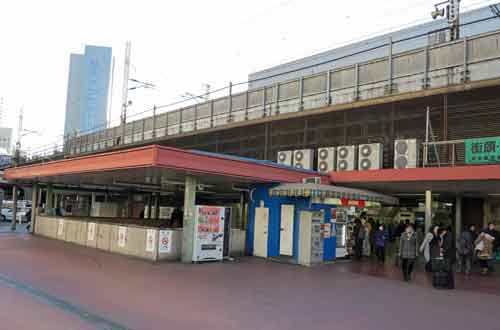 The original Shimbashi Station, located a bit to the east in Shiodome, was the terminus of Japan's first railway line that ran from Shimbashi via Shinagawa to Yokohama and opened in 1872.

The station that opened in 1909 at the present location was named Karasumori Station but renamed Shimbashi Station in 1914. The Tokyo subway arrived at Shimbashi in 1934 and the Yurikamome Line was opened in 1995. 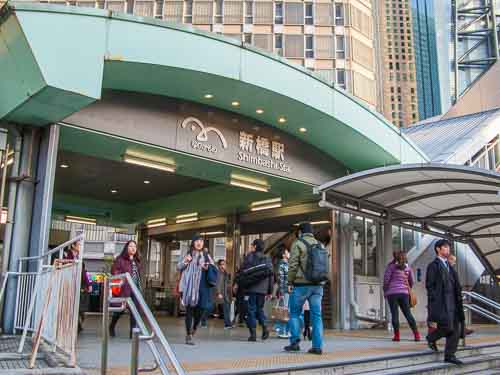 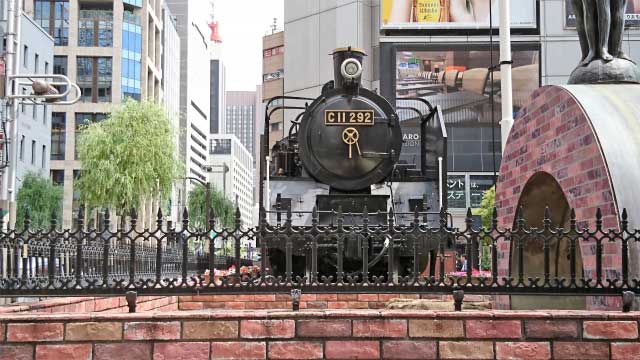 The East Exit of Shimbashi Station leads to Shiodome with its gleaming skyscrapers, chic cafes, ritzy restaurants and modern museums.

The west, or Karasumori, exit is an altogether different experience with neighborhood bars and izakaya crowded under the railway arches.

The underground passageways of Shimbashi Station are also a warren of small cafes, restaurants and bars - some of them old-style tachinomiya or stand-up bars. Something of the traditional, boisterous atmosphere of old Tokyo remains here.

Hotels in Shiodome close to Shimbashi Station include the Park Hotel, the Conrad Tokyo, the Mitsui Garden Hotel Shiodome Italia-gai, the Dai-Ichi Hotel Tokyo north of the station, the Hotel Villa Fontaine Shiodome and the APA Shinbashi Onarimon. 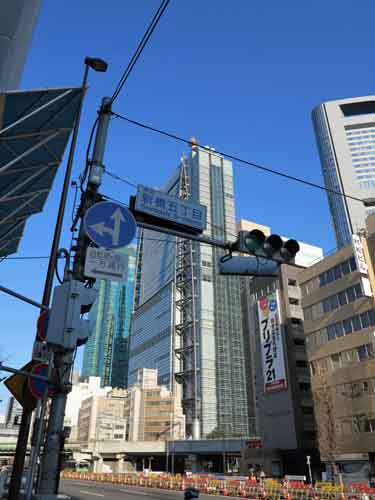