Shinojima, situated off the east coast of the Chita Peninsula, south of Nagoya, is part of the so called "Aichi Archipelago" along with its near neighbor Himakajima and the art island of Sakushima.

Shinojima is the least-visited of the three islands but the main beach (Sun Sun Beach; サンサンビーチ) on the eastern side of the island, on the opposite coast from the port, is a beautiful 800 meter-long stretch of sand, known for its spectacular sunrises.

The beach is backed by sea front lined with minshuku and ryokan, known for excellent seafood, in particular fugu (blowfish). 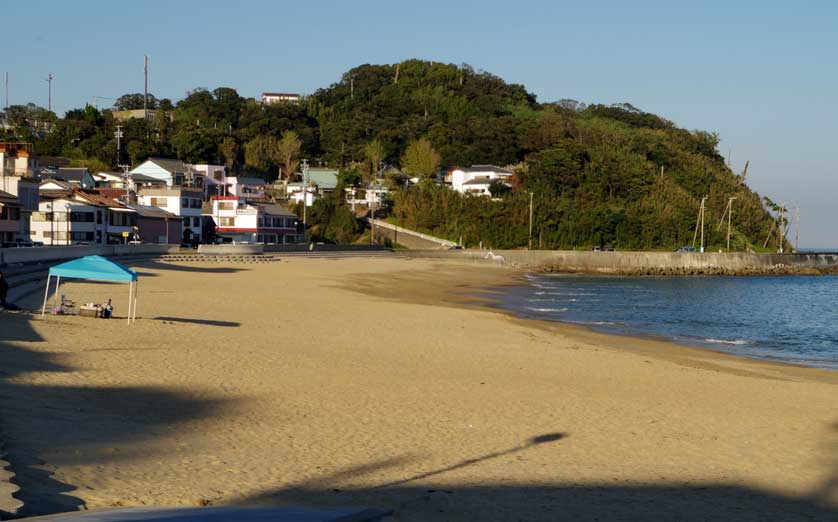 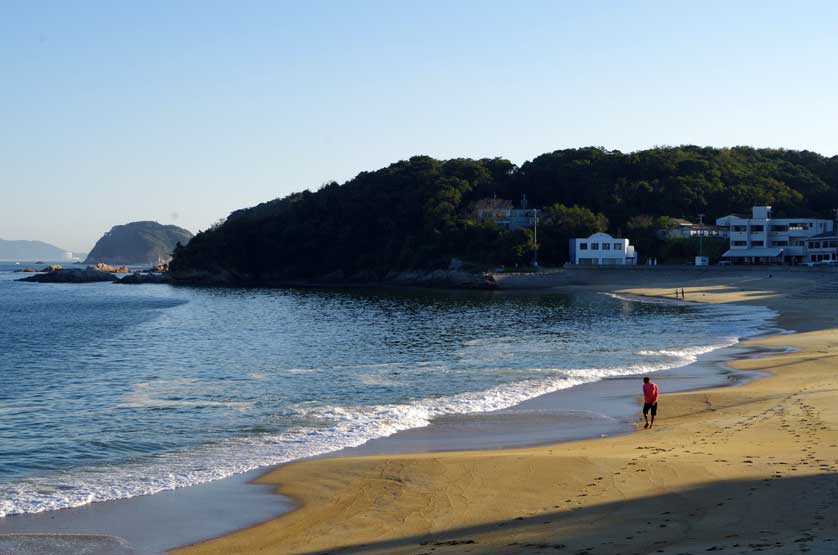 Besides enjoying the water at the main beach, visitors can follow an 8km walking course around the island when it is open in the summer and explore the twisting, narrow lanes of the main settlement perched on a hill in the center of the island. There are one or two small temples and shrines to visit and an ancient well, said to have provided water to an imperial prince in 1338, whose boat was driven ashore here.

The highest point of the island is 49 meters at the top of Bear Mountain and there are lovely views out to sea from this spot.

Shinojima is famous for its sea bream and each year on October 12, a large sea bream, a fish of good fortune in Japan, is presented to Ise Jingu, Japan's most important shrine.

Shinojima also lays claim to being Japan's number one producer of whitebait. 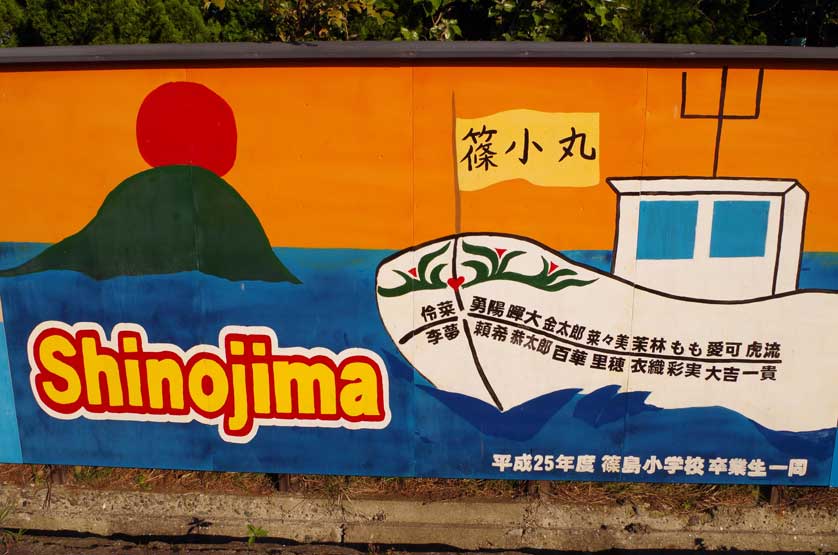 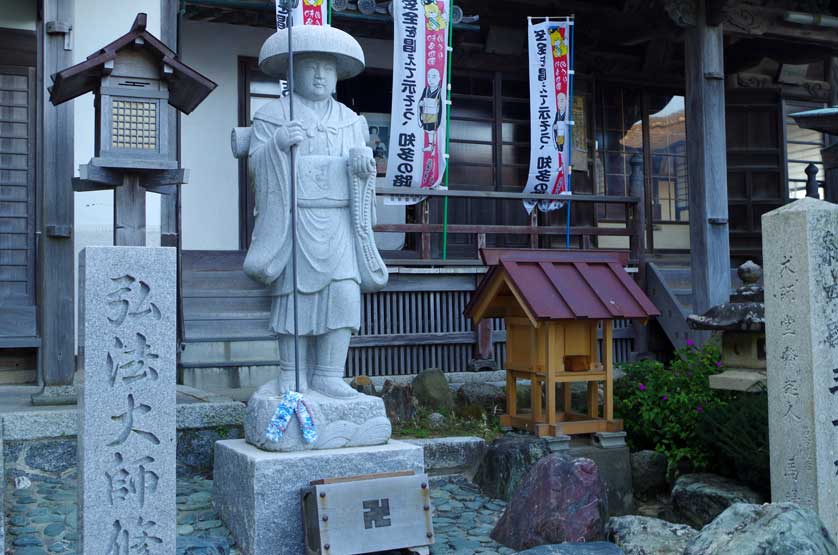 Shinojima Transport - Getting to Shinojima

There are Meitetsu ferry connections to Shinojima from Kowa (25 minutes), Irago (20 minutes), Shinojima and Morozaki (10 minutes). There are free shuttle buses to Kowa Port from Kowa Station but the crossing is cheaper if you take a Meitetsu bus (20 mins) to Morozaki.

From Nagoya Meitetsu Station, Kanayama Station or Jingu-mae Station take a Meitetsu train to Kowa (47 mins). From Toyohashi take a Meitetsu bus to Irago (90 mins) then a ferry to the island (30 mins). 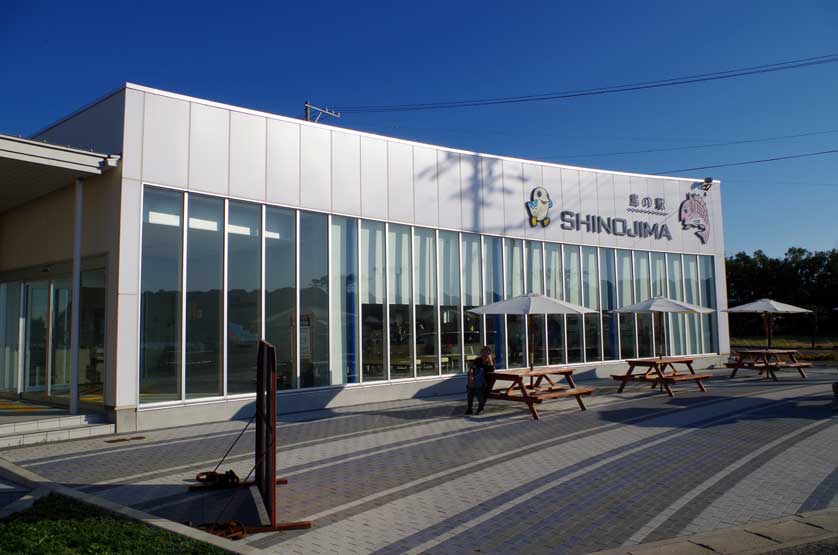 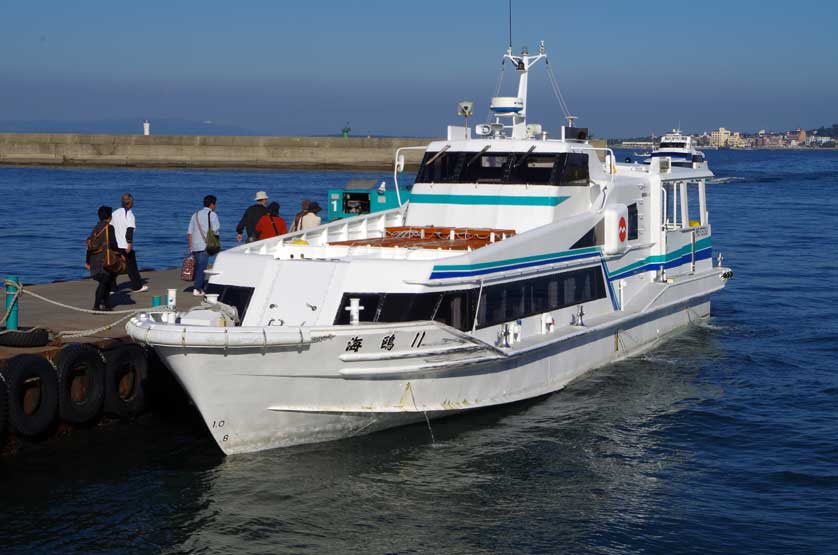 Shinojima: read a guide to Shinojima Island, off the Chita Peninsula in Aichi Prefecture, known for its tranquility and fresh sea food.

$40 per person
Discover all our activities in Nagoya (151)