Shizutani School, in rural Okayama Prefecture, is known as Japan's first public school for commoners, as well as being among the first in the world.

Established in 1670 in a secluded valley in rural Okayama Prefecture, the Shizutani School is known as Japan's first public school for commoners, as well as being among the first in the world.

In 2015 the government created a new category of official "Japan Heritage Sites" of places they hope to get eventually listed by UNESCO as World Heritage Sites, and Shizutani School was in the first group of sites to be listed. 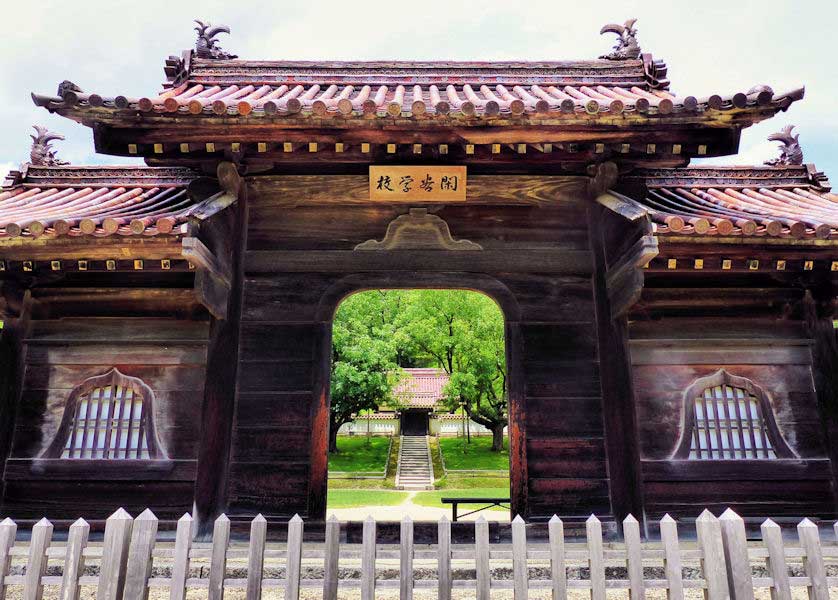 The main gate at Shizutani School 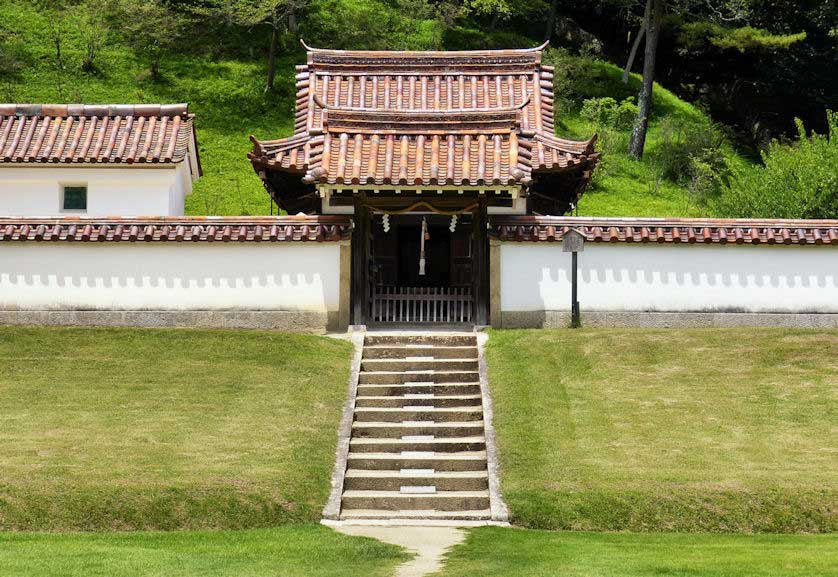 Japan's modern school system was created in the early years of the Meiji Period and is, like the educational systems in the West that it is modelled on, meant to serve an industrial society.

There were schools before that of course. In ancient Kyoto there were several "universities" where the elite aristocrats studied Chinese, writing, Confucianism, and the other subjects need to run the country.

During the medieval period, Zen monasteries, like monasteries elsewhere in the world, were great centers of scholarship and learning, but it was not until the relative stability of the Edo Period that the types and number of schools expanded.

Especially in the latter half of the period, Rangaku, "Dutch Learning", the study of knowledge from the West imported through the Dutch enclave in Dejima in Nagasaki, led to the founding of many schools specializing in it.

Also by the end of the Edo Period most domains had established their own Confucian academies to train their higher ranking samurai in the skills needed to run a bureaucracy. The biggest number of schools however were the terakoya, of which there were estimated to be more than 11,000 with probably up to 750,000 students attending.

The terakoya were for the boys, and sometimes girls, of the lower ranked samurai and also the other classes. Often held in temples they were usually not taught by priests and concentrated on reading, writing, and the use of the abacus. 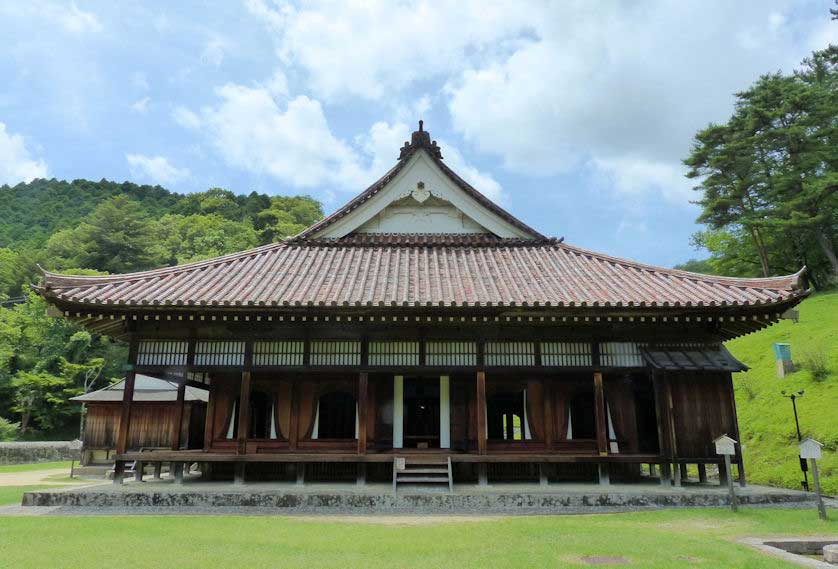 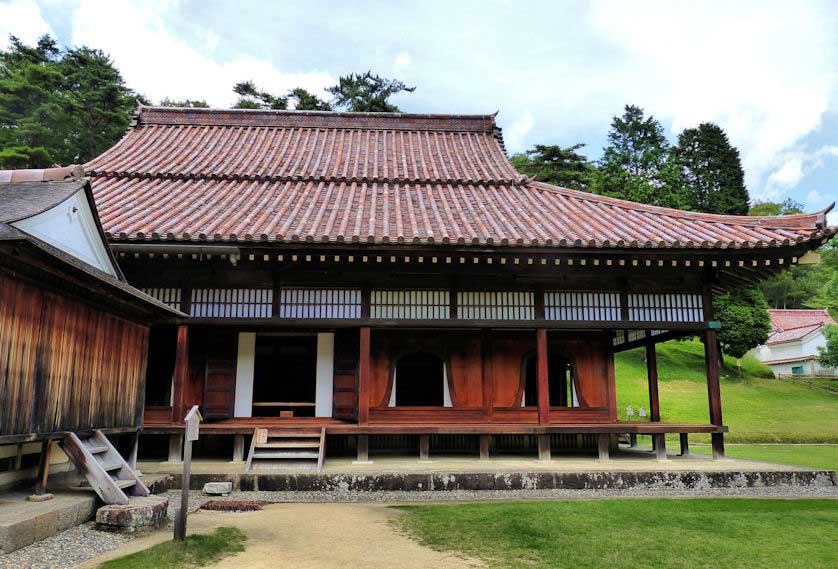 The Shizutani school was somewhat different. It was founded by Ikeda Mitsumasa (1609-1682), the daimyo of Bizen. He was a fervent scholar of Confucianism and the academy he founded in 1641, Hanabatake Kyojo, was one of the first in Japan and drew many students from outside the domain.

In the early part of the Edo Period, Confucianism was not as dominant as it became later, Buddhism was much stronger. Mitsumasa was against Buddhism, at least he was against the amount of power held by the clergy.

During his rule he closed down about half of the temples in his domain and he also openly defied the shogunal edicts that demanded that all Japanese register with a Buddhist temple and have Buddhist funerals. He allowed the people in his domain to register at Shinto shrines if they wished and also to be buried with Shinto rites.

He himself removed his father's remains from a temple and had them re-interred with Confucian rites. In fact it was while he was touring his domain looking for a suitable Confucian burial site that he discovered the valley where he built the Shizutani School. 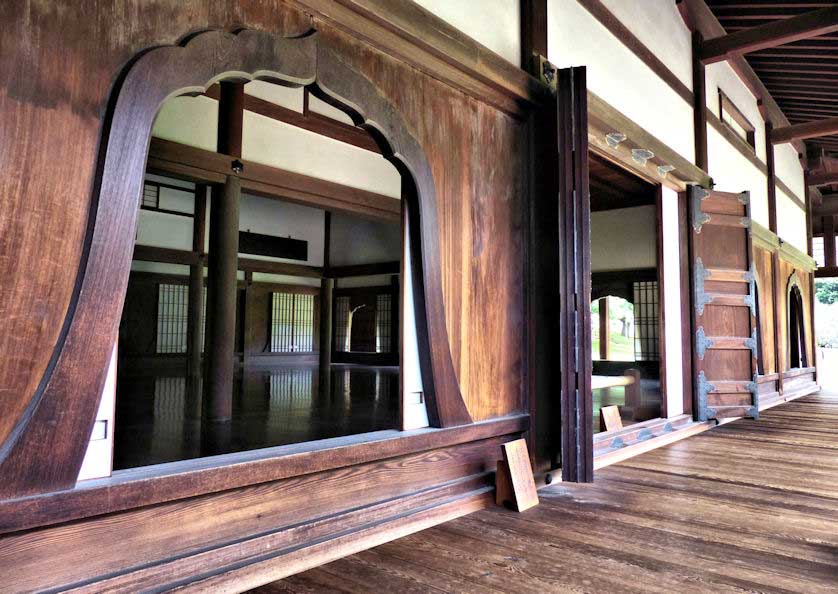 His ant-Buddhist campaign also included forbidding priest to open terakoya, but in their place he set up schools called tenarai, one in each district of the domain, and as well as samurai, the schools were for the sons of village headmen who were an important part of the system of domainal government.

Part of Mitsumasa's Confucian beliefs was that a successful government depended on an educated populace, not just an educated elite. Shizutani School was established in 1668 as part of this school system, but because of its semi-secret location and the fact that he put his trusted retainer Tsuda Nagatada in charge of it it seems that it was a special project for him.

He awarded the school an income of 280 koku so that it could be independent of domainal finances. In 1672 he retired and his son took over his fief. Some believe it was to avoid having the domain taken away from him by the shogunate for his defiance. In 1675 all the tenarai schools were closed down because of budgetary considerations, but all their assets were transferred to the Shizutani School.

In 1682 Mitsumasa passed away. Later in the Edo Period when Confucianism had been established as the dominant ideology he was honored as one of the "Three Wise Lords" (san kenko) for his early sponsorship of Confucianism. Mitsumasa's son, Tsunamasa, was not as ardent a Confucianist as his father, but honored his father's wishes and supported and expanded the Shizutani School, with most of the buildings standing today dating from his reign.

The first thing you will notice on approaching the school is the distinctive Chinese-style wall. Running almost 750 meters in length and constructed out of close fitting stones and with a curved top, it is not sure why it was built although it is obviously defensive. 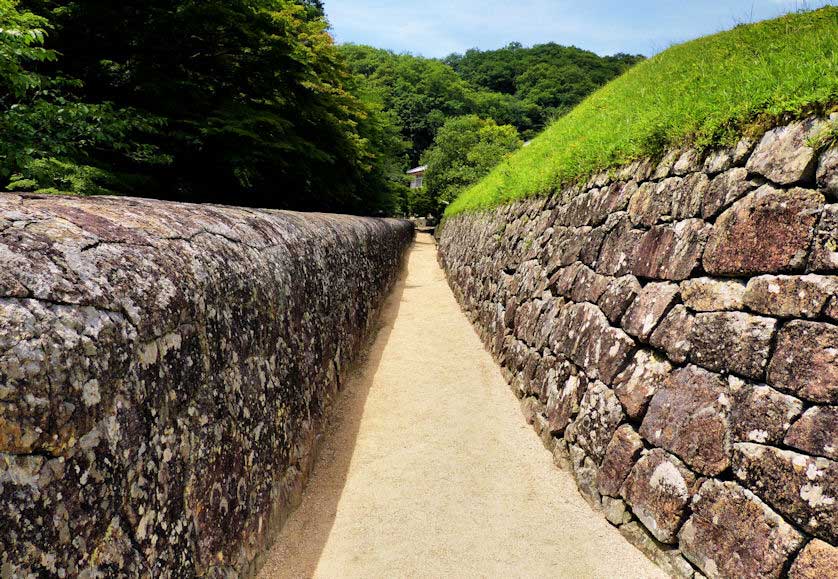 The main gate in the wall is registered as an Important Cultural Property. There are four smaller gates for use by differing ranks.

Inside the spacious grounds the biggest and most impressive of the buildings is the main auditorium. Constructed in 1701, it is listed as a National Treasure, and, like all the other structures here, is roofed in the distinctive Bizen-style roof tiles.

When originally built the roof was thatched. Other buildings in the compound include a building exclusively for the use of the Daimyo (feudal lord), a shrine to the school's founder, and a shrine to Confucius.

They are all Important Cultural Properties. Next to the school is a Western-style building constructed in 1905 and used as a Junior High School until 1964. It now houses a museum about the Shizutani School.

The autumn is a popular time to visit the school as along with the gingko and maple trees there are some Chinese Pistachio (kai) trees which add their color to the fall pallette. 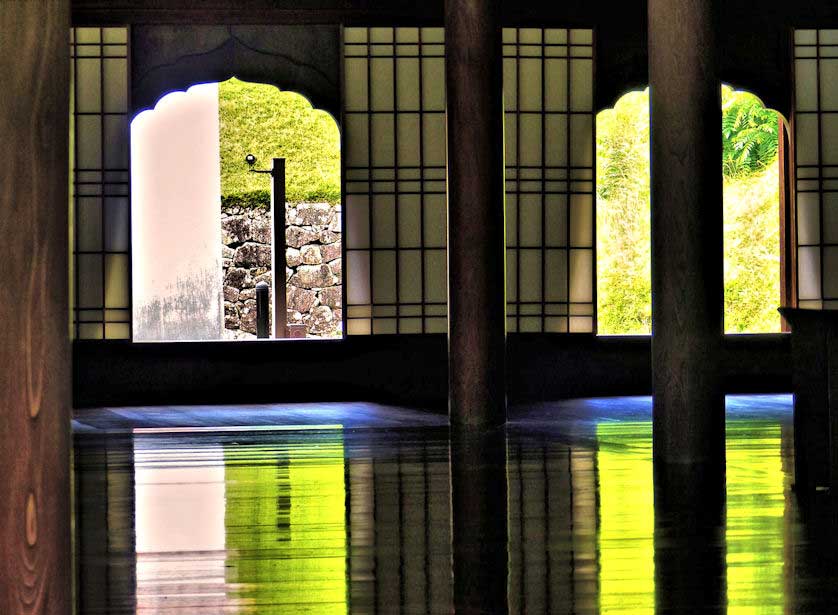 The highly polished floor of the auditorium at Shizutani School

Open from 9 am-5 pm. Closed over the New Year public holidays. Admission 400 yen for adults, 100 yen for children and seniors. 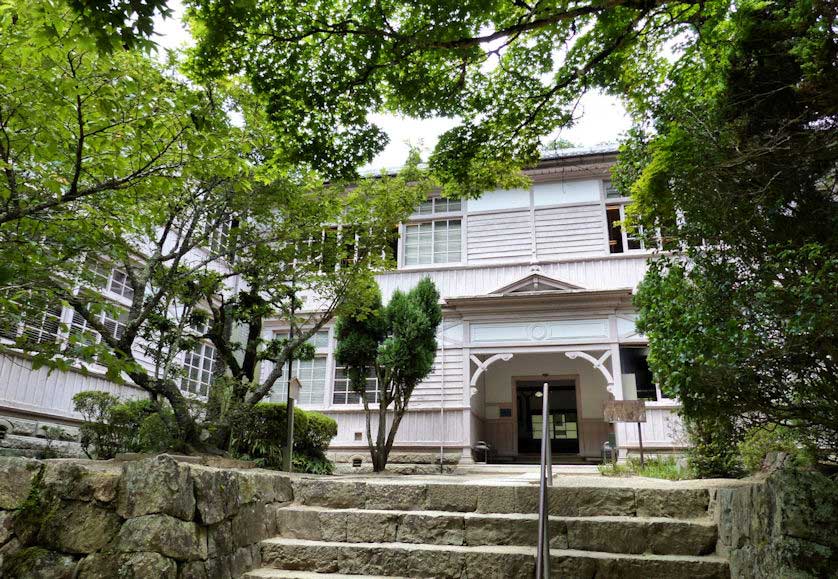