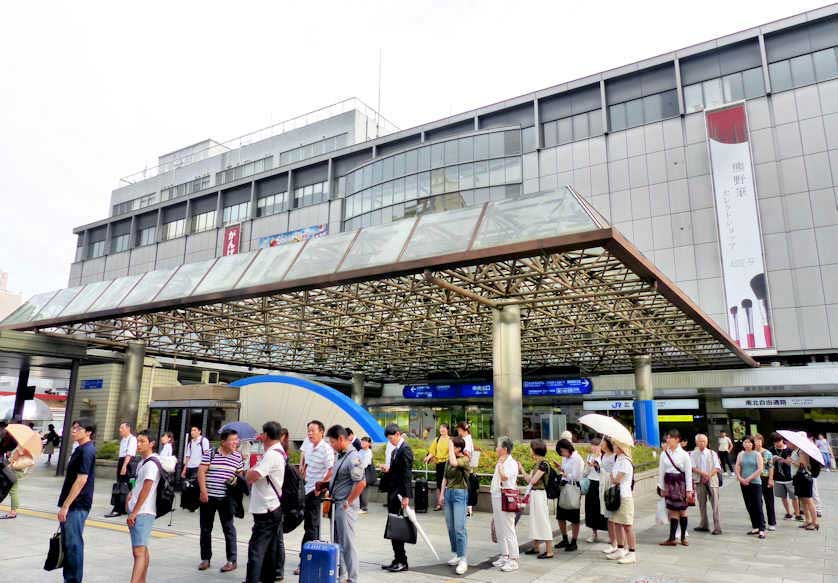 Hiroshima Station is located in Hiroshima, and is an important station with shinkansen trains coming from Tokyo, Yokohama, Nagoya, Kyoto, Osaka, Shin-Kobe and Okayama Station in Okayama to the east and Fukuoka and Yamaguchi to the west.

Hiroshima Station is a main stop on the Sanyo Shinkansen from Shin-Osaka Station to Hakata Station in Fukuoka and all Shinkansen trains on this route stop here.

Other railway lines connecting from Hiroshima Station are the Sanyo Main Line for Miyajimaguchi, the historic town of Iwakuni and Tokuyama, the Geibi Line for Shiwaguchi and Miyoshi, the commuter Kabe Line for Omachi, Midorii and Kabe and the Kure Line for the port city of Kure, Hiro, and Takehara. 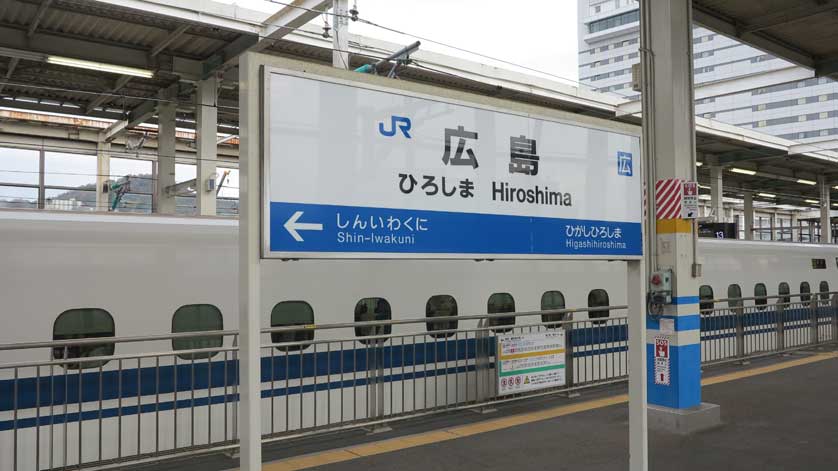 Hiroshima Station shinkansen platform; Shin-Iwakuni Station (新岩国) is the next station on the Sanyo shinkansen heading east to Yamaguchi

There is free internet access within the station including in the smoking room. 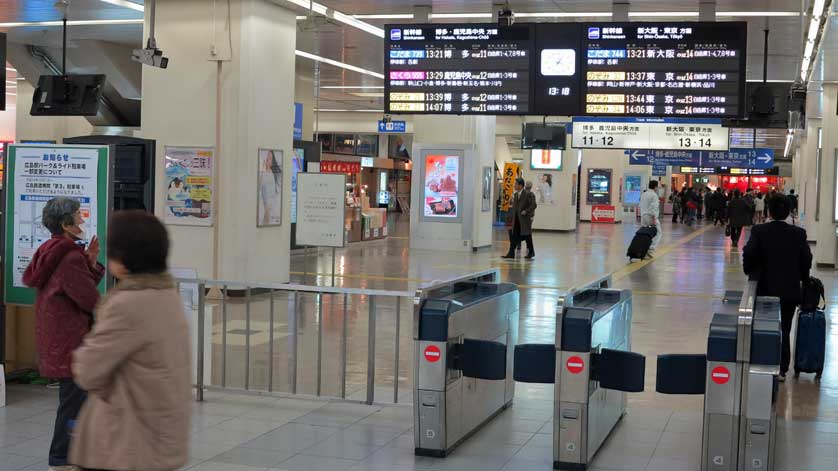 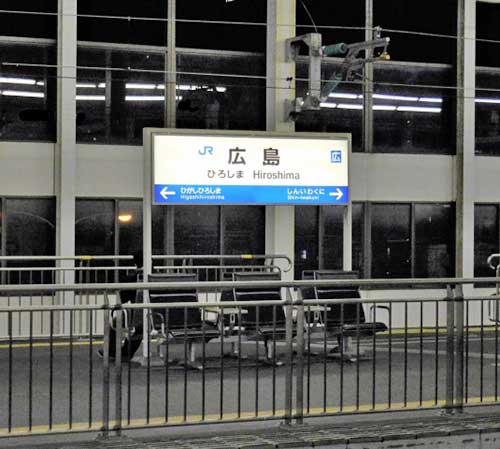 JR Hiroshima Station is situated in Minami-ku just to the north of the Enko-gawa River.

The area in and around Hiroshima Station is a major shopping and entertainment district.

Inside the station buildings are a number of cafes, restaurants and souvenir shops including an Italian restaurant with outdoor seating. The Fukuya Department Store is also just outside the south exit of Hiroshima Station.

There are a number of car rental places close to Hiroshima Station including Orix, Toyota and Japaren. 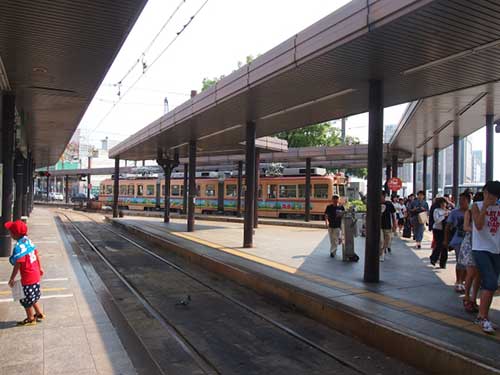 Hiroshima Station with city tram in the background, Hiroshima 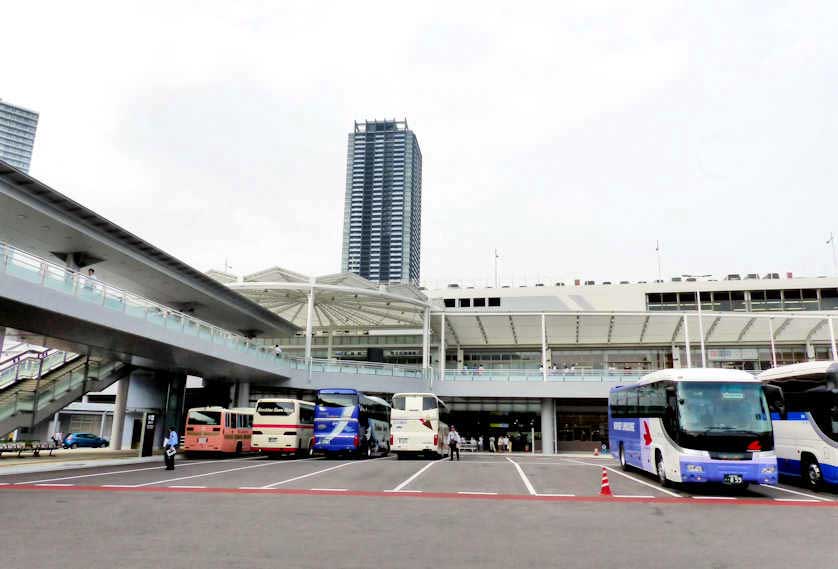 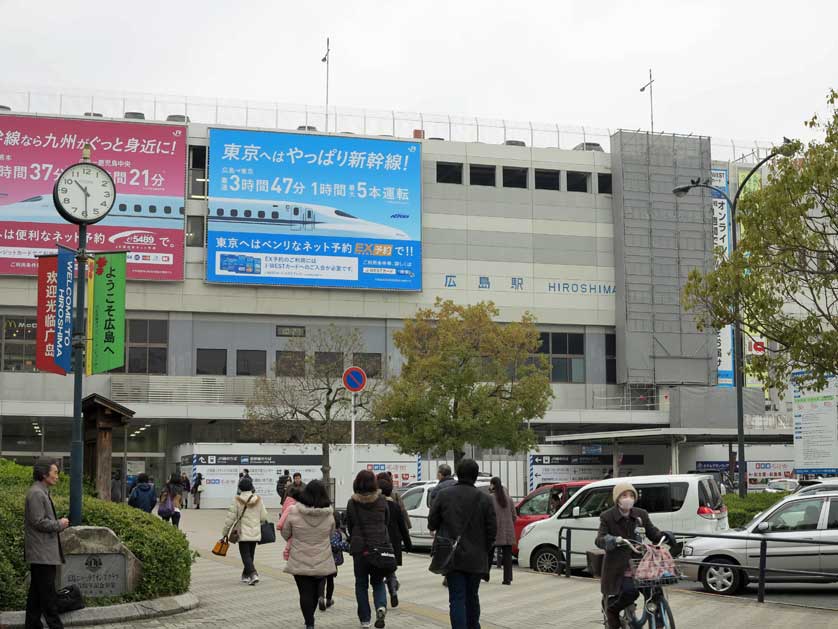 Hiroshima Station is the main point of access for train travelers to Hiroshima city with shinkansen connections west to Hakata and east to Osaka and Tokyo.