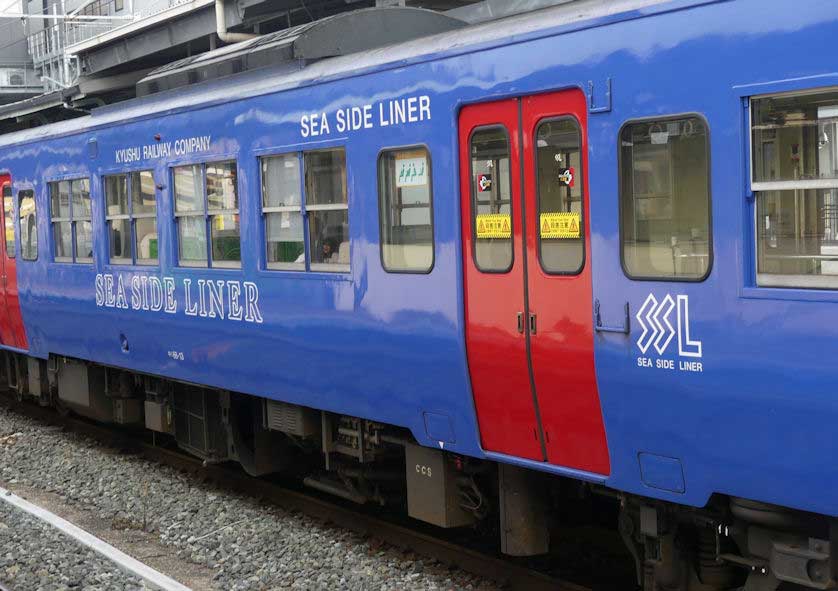 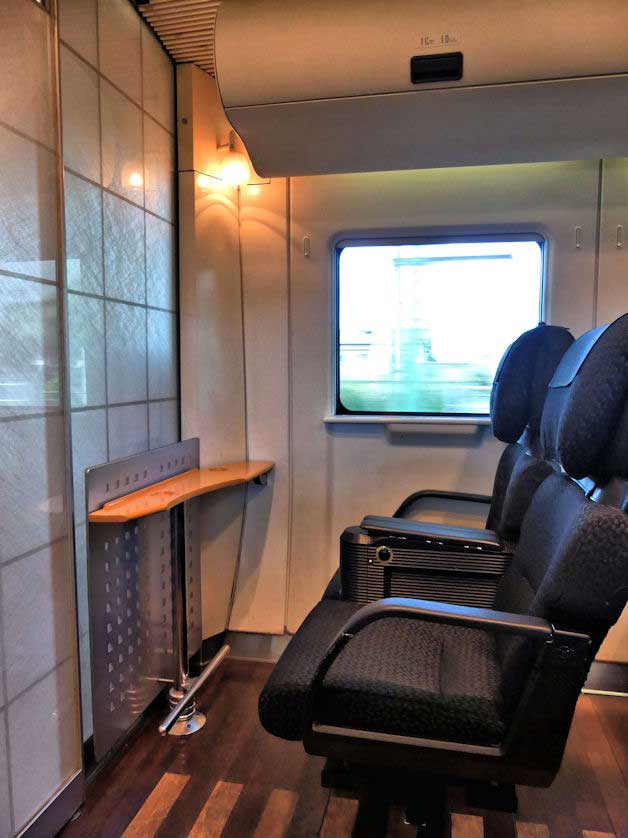 Interior of the Kamome Express, an 885 series express that runs between Hakata and Nagasaki, stopping at Shin Tosu Station, the closest Shinkansen stop to Nagasaki

Nagasaki Station in Nagasaki is the main point of access to this pleasant and historic port city on the west coast of Kyushu.

Nagaski Station is the terminus of the Nagasaki Main Line from Shin-Tosu Station which connects with the Kyushu Shinkansen to Kagoshima.

A planned spur of the Kyushu Shinkansen to Nagasaki is planned to open in the future.

Nagasaki Station connects to Hakata Station in Fukuoka by the Kamome Limited Express in 2 hours. 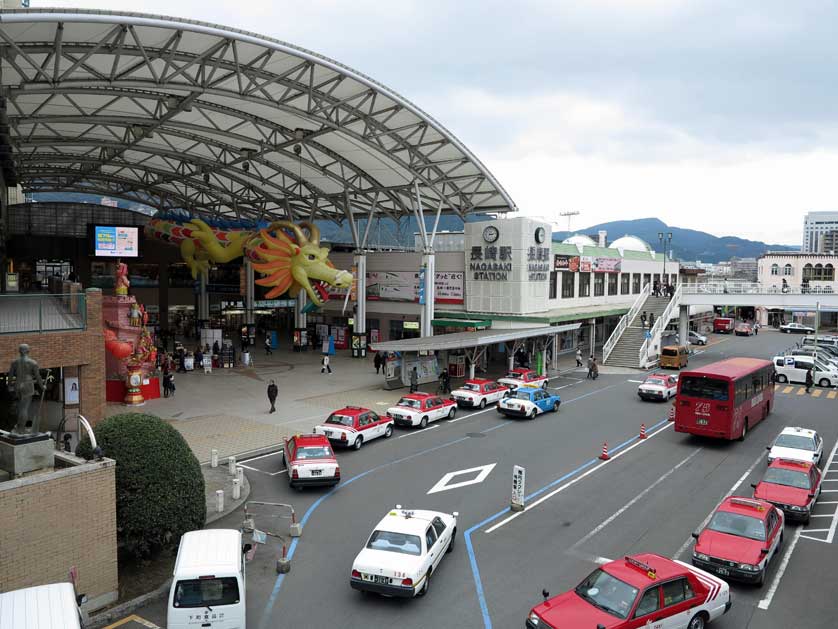 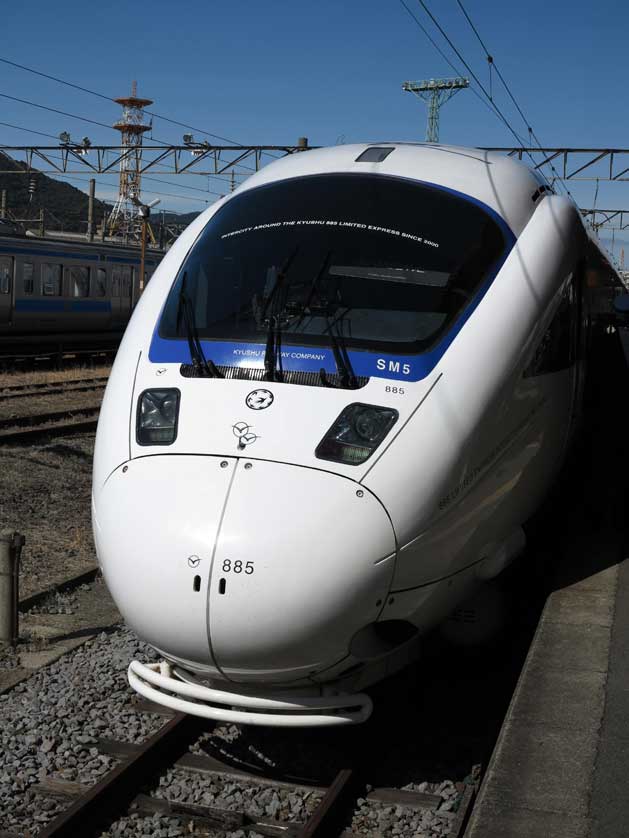 Nagasaki Station is also a stop for Nagasaki trams. Just walk over the pedestrian bridge or take the elevator to the tram stop which serves routes 1 & 3. Tram routes #1 & #3 both run up to the Nagasaki Peace Park and route #1 also goes to Dejima. 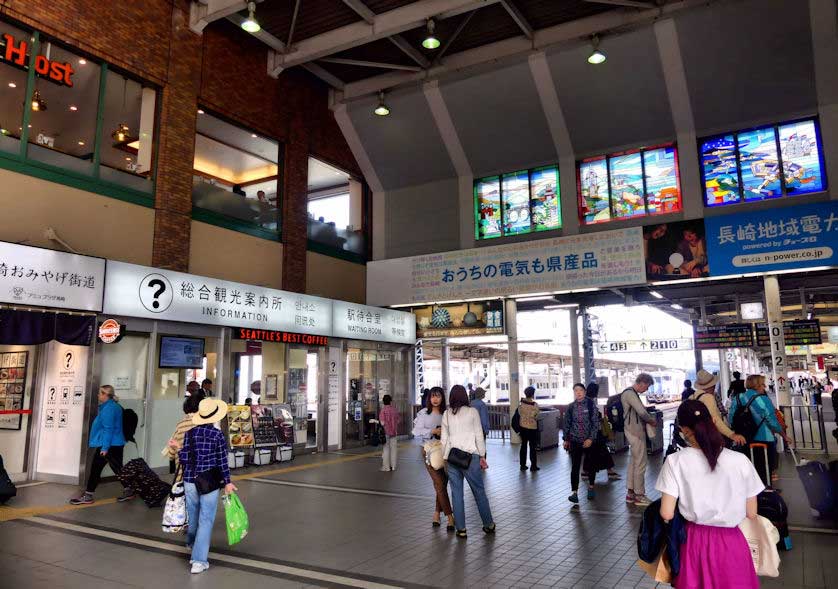 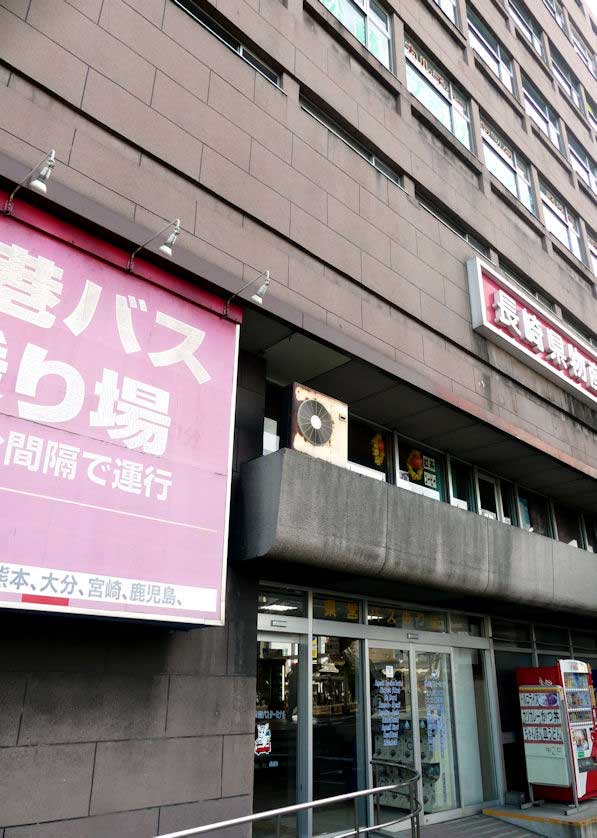 The entrance to the Long Distance / Expressway Bus Terminal in Nagasaki is quite hard to spot. Located across the street from JR Nagasaki Station, it is accessible via an elevated walkway from the station

Highway buses with services to Fukuoka and night services to Osaka and Nagoya leave from the Ken-ei Bus Terminal opposite Nagasaki Station on the other side of the road.

There is also another bus terminal near Dejima with buses to Nagasaki Airport. 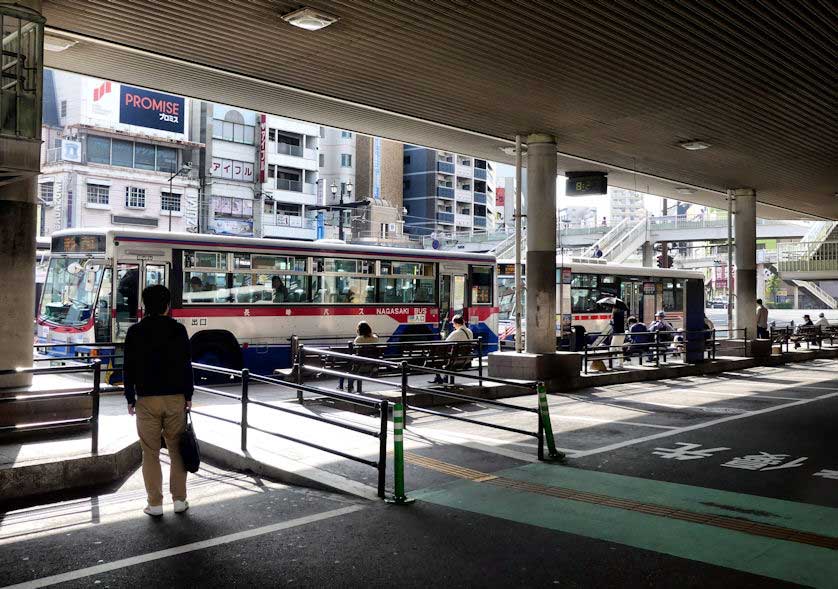 Local bus stops in front of Nagasaki JR Station. This is for buses neading north from the station. Buses heading south stop across the street

Taxis congregate outside the main exit and you can rent a car at the station. 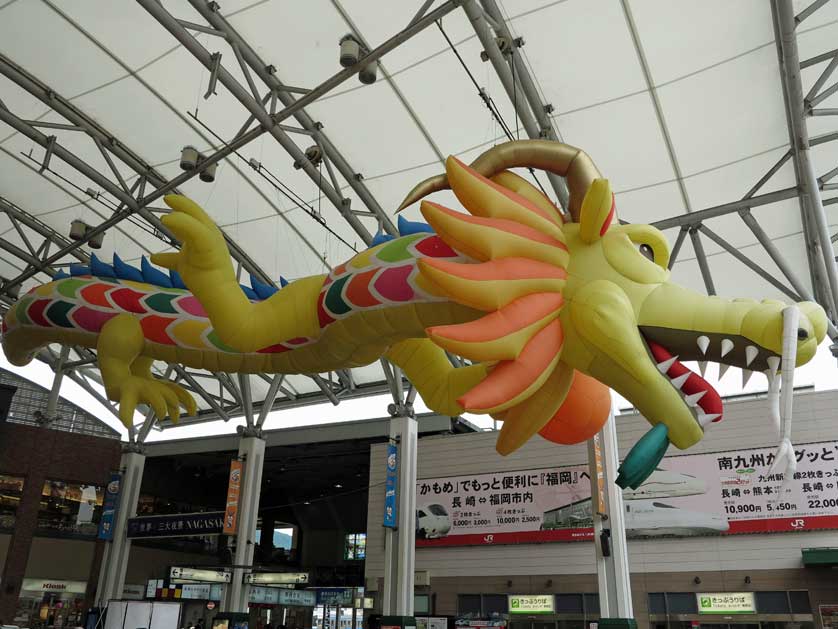 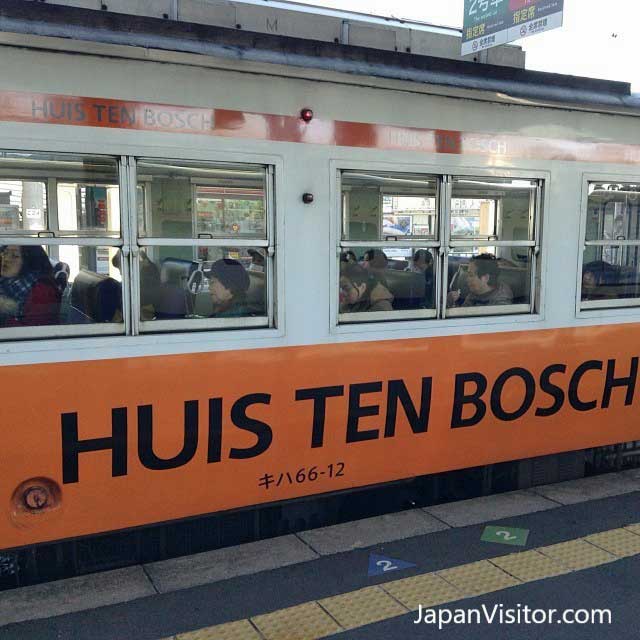 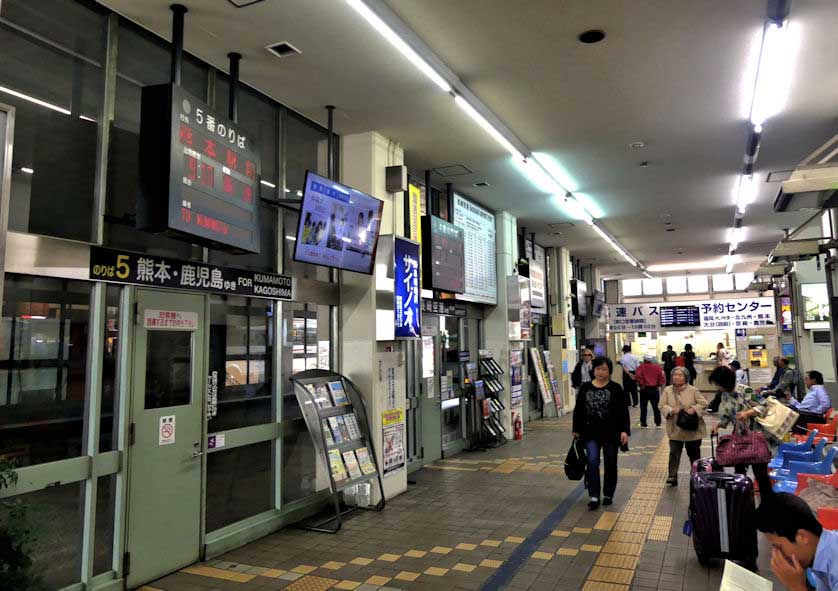 Inside the Long Distance Bus Terminal at Nagasaki

Nagasaki Station: read a guide to Nagasaki Station which has connections to Hakata Station in Fukuoka, Sasebo, Huis Ten Bosch and other destinations in Nagasaki Prefecture.

Japan is the country of trains, with probably the densest network in the world, the highest traffic... It has therefore developed a culture of train travel unique in the world.