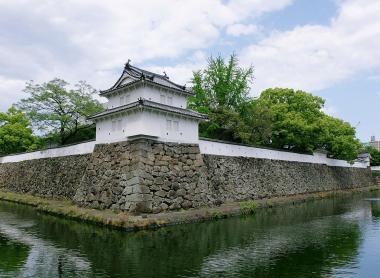 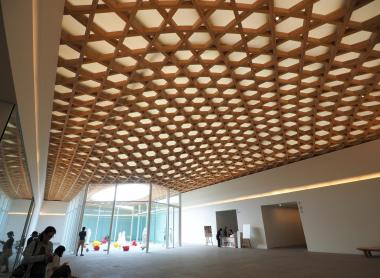 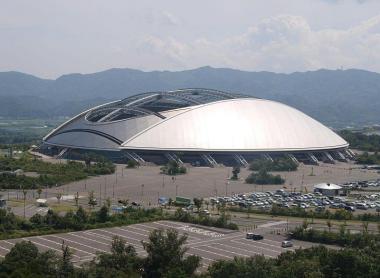 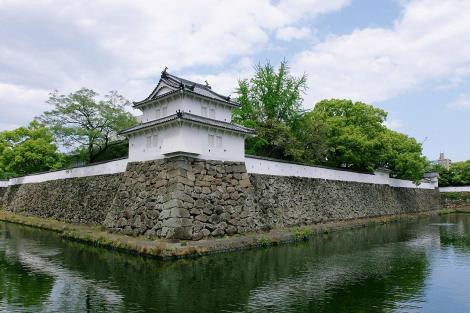 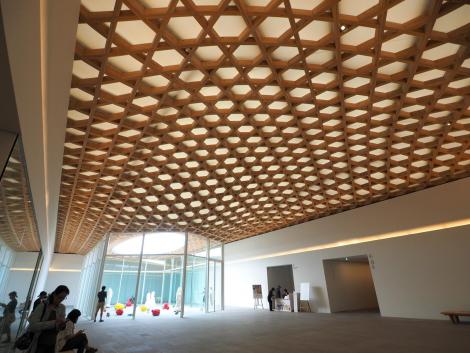 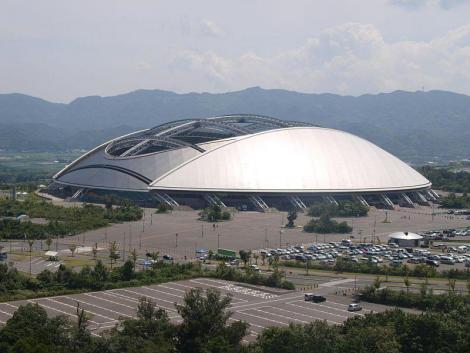 In the shadow of Beppu, by the Seto sea

The city of Oita is located northeast of Kyushu Island in Beppu Bay. Despite being the capital of the prefecture of the same name, it's much less known than the neighboring city of Beppu. It is nevertheless a pleasant city, with an important past and which houses some architectural treasures.

The history of Oita

Oita, formerly known as Funai, was long controlled by the powerful Otomo clan and became the capital of Bungo province in the 16th century. Towards the middle of this century, the Otomo established commercial ties with the Portuguese who had landed in the ports of Kyushu.

The chief of the clan, Otomo Sorin, having met Saint Francis-Xavier, converted to Christianity in 1578, just under ten years before Toyotomi Hideyoshi promulgated the prohibition of Christianity and ordered the departure of all priests in 1587, the date coinciding with the death of Otomo Sorin.

These links are remembered in the city by the statues of Otomo Sorin and Saint Francis-Xavier, placed side by side just at the north exit of Oita station.

Historical sites in Oita not to be missed

Despite the size of the Otomo clan, only the ruins of Funai Castle (funai-jo) remain today. Funai-jo, which the clan built in 1597, was destroyed many times over the years, but the visit is still pleasant. We particularly recommend the sakura season, when the cherry blossoms of the castle park are reflected in its moat. The park is also home to a beautiful shinto shrine.

On the occasion of the 2019 Rugby World Cup™, the municipality had a replica of Funai-jo keep built using scaffolding, illuminated by more than 70,000 LED lamps at night. It's a magical show not to be missed if you are in the area in autumn 2019.

To the west of Oita, at the foot of the mountains, is the beautiful Yusuhara Hachimangu Shrine, founded in 827. The place exudes calm and serenity and offers a superb walk in nature. Centennial trees shelter the site and it's said that one of them, a camphor tree (kusunoki in Japanese) surrounded by a shimenawa (sacred rope) is over 3,000 years old!

Oita, city of art and architecture

Oita Prefectural Art Museum, opened in 2015, also known as OPAM, will delight architecture lovers. Directed by Shigeru Ban, one of Japan's greatest contemporary architects, it houses a permanent collection of works by regional artists as well as temporary exhibitions. Its open structure, where wood and glass dominate, allows passers-by to take a look inside.

The former Oita Prefectural Library Building, designed by another renowned architect, Arata Isozaki, a native of Oita, now houses the Art Plaza. Built in 1966, it's a concrete building that hosts exhibitions and various cultural events throughout the year.

On the architectural side, Oita stadium is also a fine example of the architectural wealth of the city. The Showa Denko Dome (formerly called the Oita Bank Dome) is also nicknamed Oita "Big Eye" Stadium because of its shape. It can accommodate 40,000 people. This is where some of the rugby matches of the 2019 World Cup will take place.

In addition to the castle park, Oita has many parks and green spaces. And if it rains, covered shopping malls will keep you occupied. There are also plenty of restaurants and izakaya to visit in the evening, to sample some local specialties.

If you want to take home memories of Oita, the region is known for its bamboo items, sake and mugi shochu (wheat alcohol).

What to do near Oita

The hot springs of Beppu, are probably the most famous thing in Oita prefecture, in particular the "eight hells", or Jigoku Meguri. They are only 15 minutes from Oita city by train.

On the outskirts of Oita, towards Beppu, is Mount Takasaki (628m above sea level), home to about 1,500 Japanese macaque monkeys. Part of this nature reserve is a monkey park that's open to the public, and you can see the monkeys very closely.

The Umitamago ("sea egg") Aquarium is also not to be missed. Very close to Takasaki Monkey Park, this beautiful aquarium with original architecture is home to about 1,500 fish.

There are pools where you can touch the fish, including dolphins, glass floors from which you can admire marine creatures and of course, dolphins, seals and sea lions regularly put on shows.

Visit Oita and its surroundings with a Japan Rail Pass!