Usuki Castle, in Usuki on the coast of Oita, Kyushu, was constructed atop a small island, Niyuujima, that connected to the mainland by a sandbar at low tide.

Due to the silting up of the river mouth, and a lot of land reclamation, the island is now a small plateau in the middle of the town. 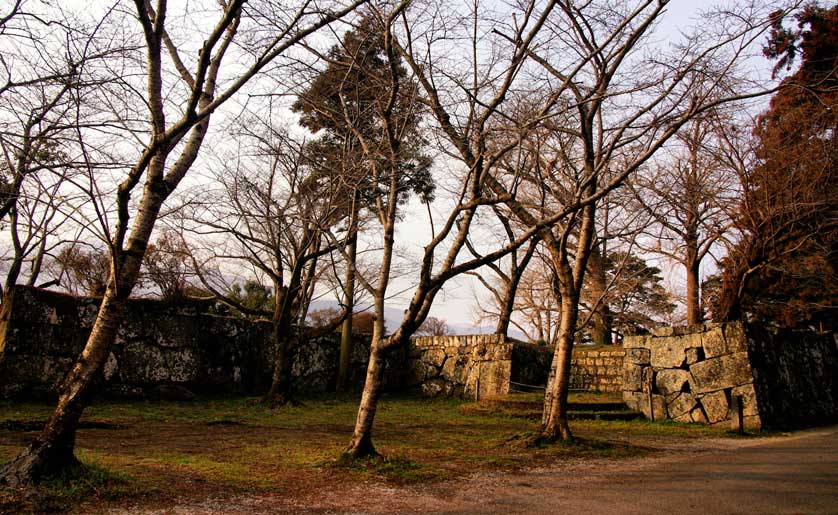 With vertical cliffs the island had great potential for defense, so it was chosen to be the headquarters by Otomo Sorin who moved here after the castle was completed in 1562 after first leaving his son in charge of Funai Castle, a little to the north.

Over the preceding century the Otomo had risen in power and controlled a large part of Kyushu, however, the Shimazu, who controlled all of southern Kyushu from their base in Kagoshima, also chose to expand their territory and in 1586 attacked the Otomo who were forced to retreat to Usuki.

The Shimazu sacked the town but Otomo holed up in his island fortress. Otomo Sorin had become a Christian in 1578, taking the name Francisco, and within the castle were many Portuguese and Japanese Christians.

With the Shimazu forces were a troop of Buddhist monks who destroyed Christian churches and missionaries whenever they found them, so the timely arrival of two ships enabled Sorin to evacuate most of the Christians to Shimonoseki.

Sorin also had a trick up his sleeve. From the Portuguese he had received some breech loading cannon, and one of these was mounted on the castle wall. Named Kunikuzushi, "country destroyer" the cannon must have been quite a surprise to the Shimazu forces.

This was the first time cannon had been used to defend a castle in Japan, and for a while it worked, but eventually the Shimazu triumphed and drove Otomo out to his Funai Castle, which also fell to the Shimazu. The tide turned the next year when Hideyoshi Toyotomi arrived on Kyushu with a huge army as well as armies from allies on Shikoku and the Shimazu expansion was curtailed.

After gaining control of Kyushu, Hideyoshi gave Usuki Castle to Ota Kazuyoshi, and in 1600, following the defeat of the Western Armies, who supported Hideyoshi's child heir, Hideyori, at the Battle of Sekigahara, the castle was given to Inaba Sadamichi.

The Inaba held the castle until it was decommisioned during the Meiji Period in 1873 and the keep and most of the turrets were torn down. With almost no defensive structures remaining the castle fell to the Satsuma rebels under Saigo Takamori in 1877. 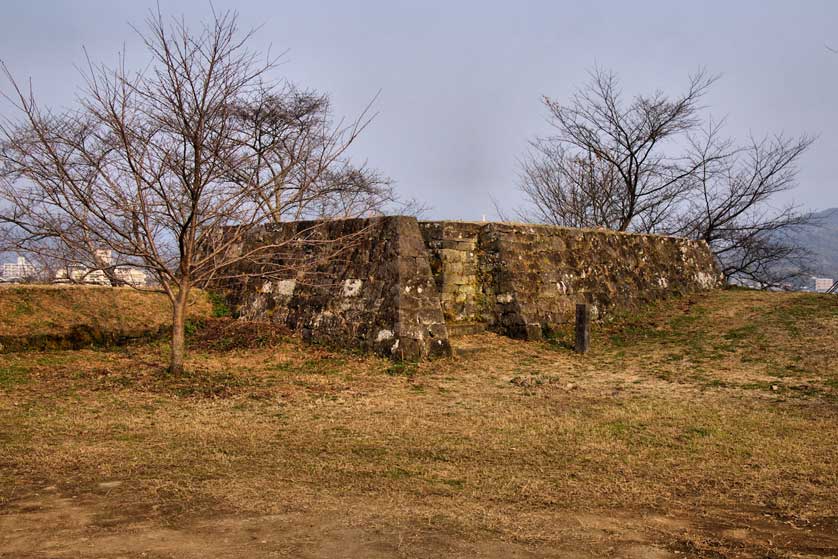 Usuki Castle in Oita, Kyushu, is now a park famous for its cherry blossoms in spring 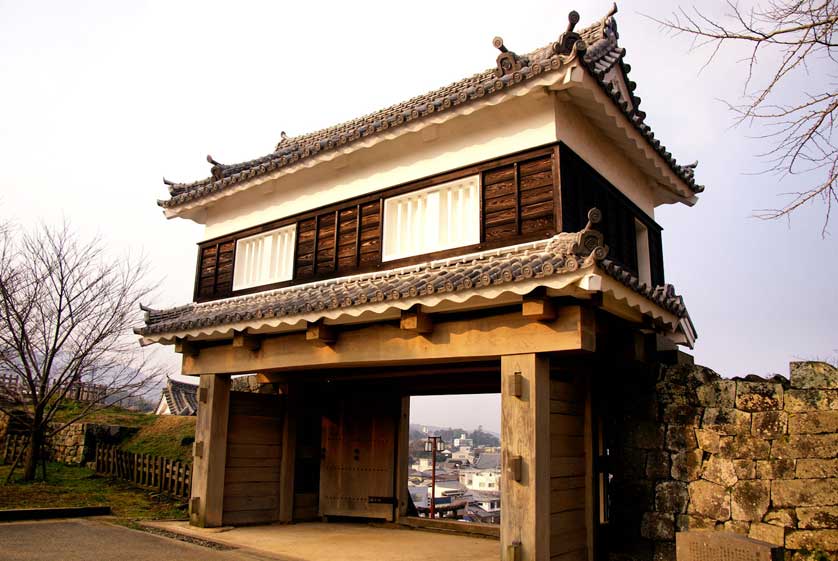 Today the castle grounds are home to a pleasant park with views over the town and is popular during cherry blossom season.

The main gate of Usuki Castle was rebuilt in 2001, and two original turrets still stand. There is a pretty shrine and garden in the grounds and a replica of the Kunikuzushi cannon.

Most of the signage in the grounds has English information.

Usuki Castle is within easy reach, north of Usuki Station on the Nippo Main Line. 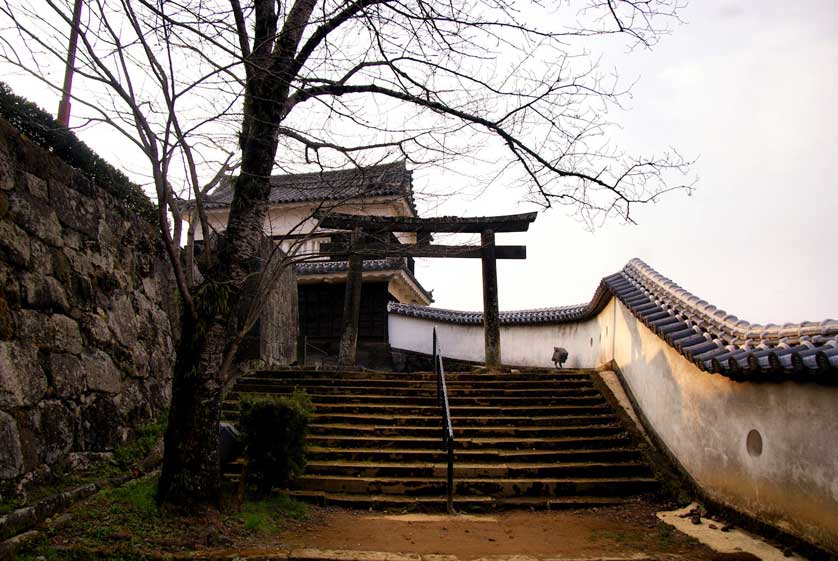 Walls and stone steps of Usuki Castle in Oita Prefecture 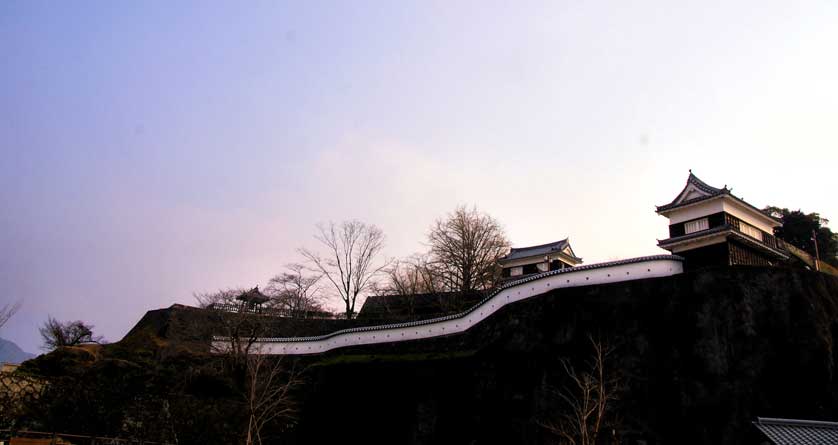