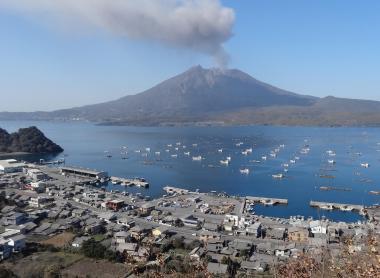 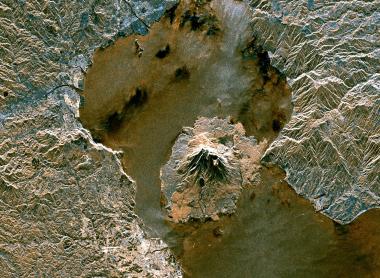 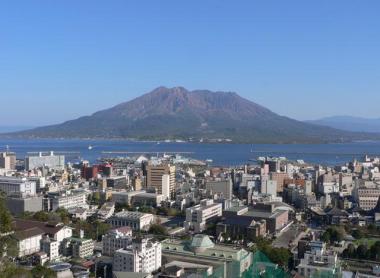 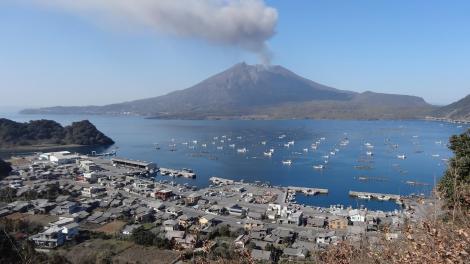 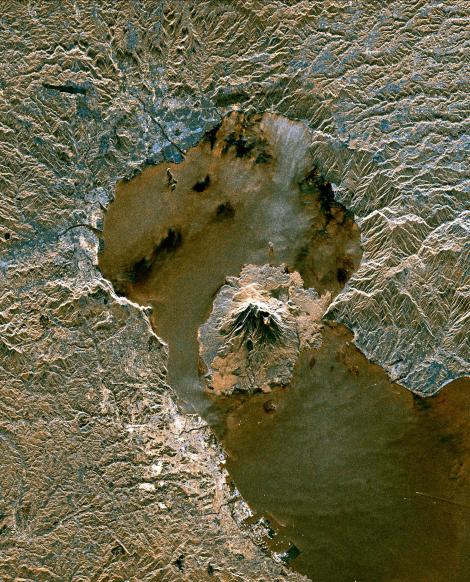 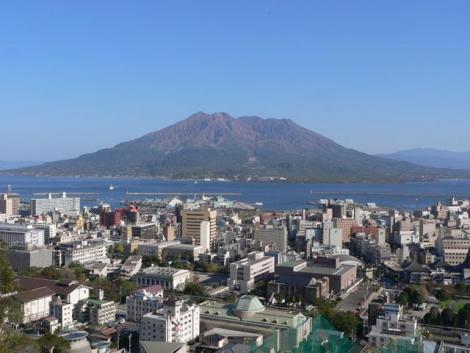 Kagoshima Bay is famous in particular for the presence of the volcano to the north of it. Sakurajima (櫻 島) - as it is called - was formerly an island, before a lava finally connected it to Kyushu. This event occurred during the eruption of 1914, particularly spectacular and deadly.Sakurajima's threat levels are very high. Extremely active and explosive, threats of pyroclastic flows and tsunamis are real if the monster is awakened. The city of Kagoshima,  only 8 km away from the volcano, and its 600,000 inhabitants, are constantly exposed to dangers.

The northern part of Kagoshima Bay is what is called a caldera. Borrowed from Portuguese and meaning "cauldron", it is in fact a huge crater from the collapse of an ancient volcano. Following the collapse, the sea is naturally engulfed in this vast depression. The event is dated to 22 000 years.  Sakurajima only began forming  about 13 000 years ago. Still young, wouldn't you say?

Bristling with green peaks, covered with virgin forests, fringed with white sand beaches and surrounded by clear waters rich in coral reefs, the Amami Oshima island is a treasure of nature.

The launch Base of Tanegashima

Off Kyushu is Tanegashima, an island known to be at the cutting edge of space travel, and also where the spaceport office can be found today.