Mt Kaimon: read a guide to Kaimondake aka Satsuma Fuji, an almost perfect conical volcano in the south of Kagoshima Prefecture.

Kaimondake aka "Satsuma Fuji" dominates the scenery on the southern tip of Satsuma Peninsula in Kagoshima Prefecture and is part of Kirishima-Yasu National Park.

Mt. Kaimon can be hiked up and down in about 4-5 hours but walkers need to equip themselves with lots of water and some food, especially in summer, as there is no water on the mountain. 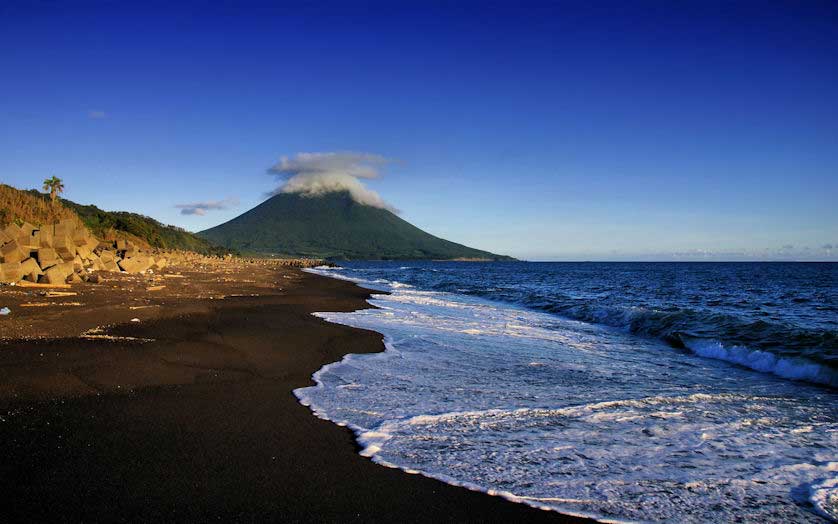 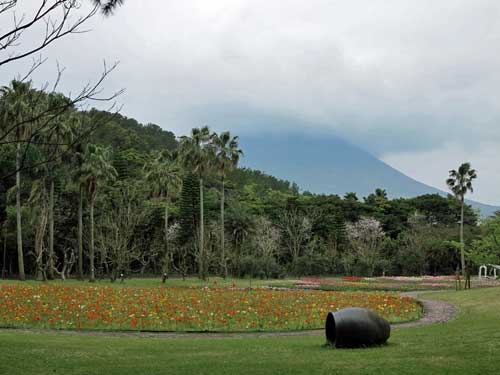 There are superb views from the summit of Kaimondake on a clear day over Kinko Bay, Lake Ikeda, Tanegashima, Cape Sata and even Yakushima.

The hike to the summit of Mt. Kaimon includes seeing a number of wild plants such as wild strawberries in season. 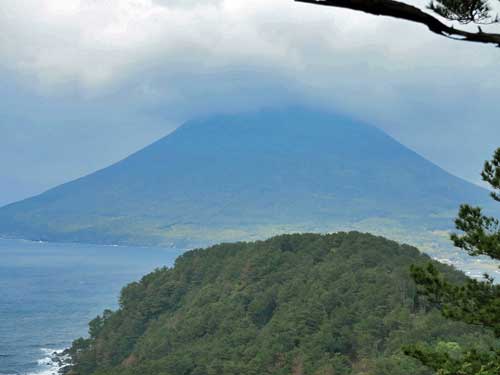 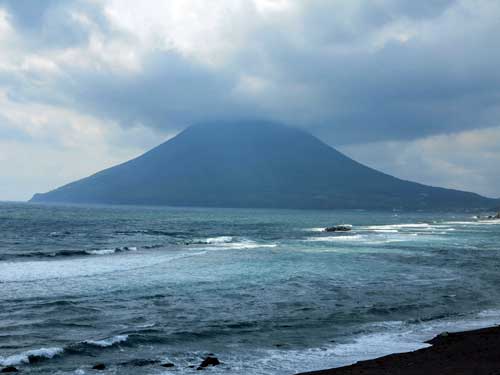 Kaimondake is close to Cape Nagasakibana and the modern Ryugu Shrine. Also within a short drive is Flower Park and the pleasant town of Chiran with its graceful samurai district complete with neat gardens and historic homes and the Kamikaze Peace Museum.

Ibusuki with its famous sand baths is also close by hire car or train.

By train from Ibusuki get off at Yamakawa Station and head for Kaimon Furiai Park and the trail head.

If you are coming from Kagoshima Chuo Station, there are trains in the morning at 7.51 am arriving at 9.04 am and costing 1,100 yen (2019 prices). This journey would be covered by your Japan Rail Pass. 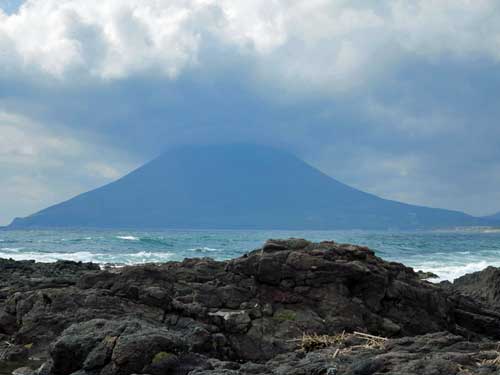