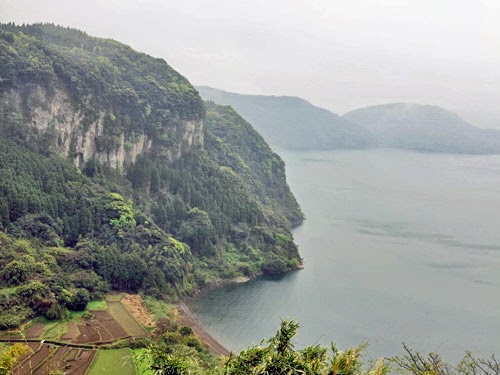 Lake Ikeda in Kagoshima is the largest lake in Kyushu

Ikeda-ko has a perimeter of 15 km and reaches a maximum depth of 233 meters. From December through February, the lake is surrounded by fields of flowering rape plants (nanohana), which makes for a lovely sight. A caldera lake, Lake Ikeda is known for the clarity and cleanliness of its water, though its quality has been in decline since the 1960's, with the lake water down from a transparency of nearly 27 meters to 5 meters. 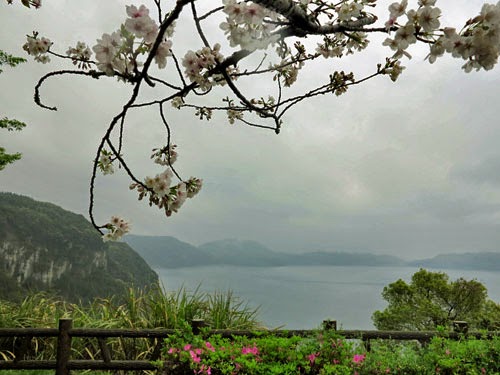 Cherry blossom over the water

Lake Ikeda is also home to Japan's largest eels which can grow to an amazing 1.8m or 2m in length. Maybe it is these large creatures that have given birth to the Issie story - a monster akin to Nessie in Scotland - said to inhabit the deep waters. To the east, indeed, is a smaller lake called Lake Unagi (Eel Lake). The only road close to the lake is on the west side from where there are great views over the water from viewing spots planted with cherry trees. 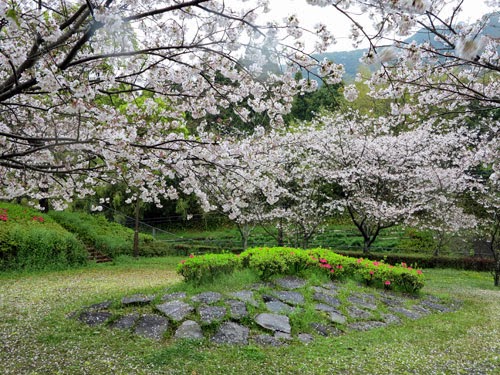 Lake Ikeda: Lake Ikeda (Ikeda-ko) has a perimeter of 15km and reaches a maximum depth of 233m. It is Kyushu's largest lake and is location in Kagoshima Prefecture.

Kirishima-Yaku National Park on the island of Kyushu was the first site in the country to be designated a national park.

Sakurajima is more than just postcard picture. It is an active volcano with a turbulent history: a walk close to the ancient lava flows will quickly make you realize this.