The Miyazaki Prefectural Museum of Nature & History in Miyazaki, Kyushu includes four historic farmhouses re-assembled here from all over the region in its grounds.

Located at the northern end of the extensive grounds of Miyazaki Jingu Shrine in Miyazaki city, is the Miyazaki Prefectural Museum of Nature & History, a museum that has earned a lot of praise for the quality of its exhibits. 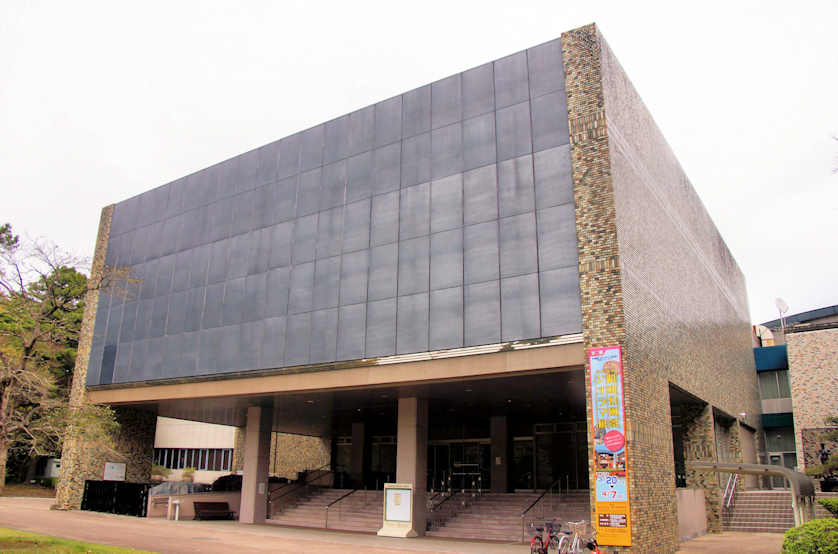 Traditional farmhouse from Gokase. Since this photo was taken the metal covering has been removed and the thatched roof restored 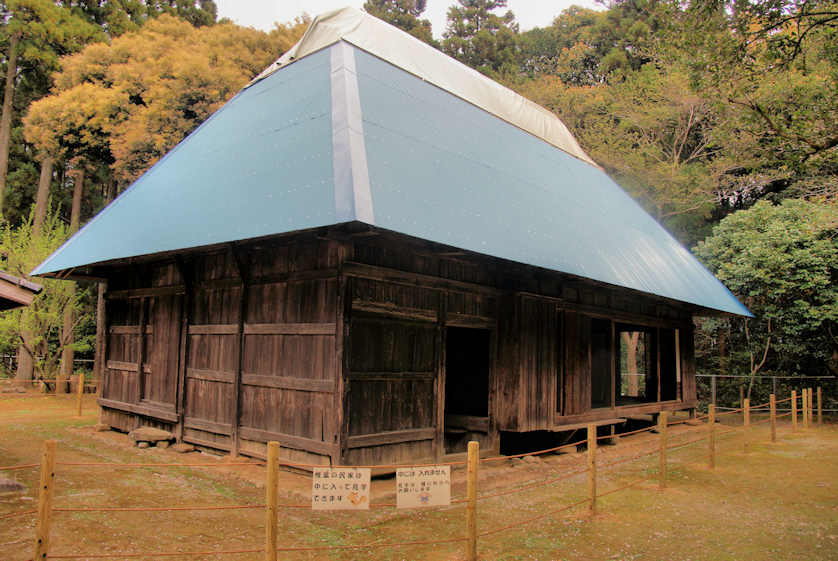 Opened in 1971, the first floor is devoted to the natural history of the area, lots of stuffed animals and birds, and insects some set in examples of their natural environment, some in glass cases.

Plants and trees are also included as well as dinosaurs and dinosaur skeletons, so kids should be happy. The second floor covers the human history of the region going back to prehistoric times.

Artefacts, models, dioramas, photos, and tableaux illustrate a variety of daily activities of different types of people, not just the ruling classes.

There is no information in English with the displays at the moment but the front desk has a handout in English.

Behind the main building is a small archaeology museum. This offers a fairly straightforward display of excavated artefacts, usually from the most recent digs in the region. 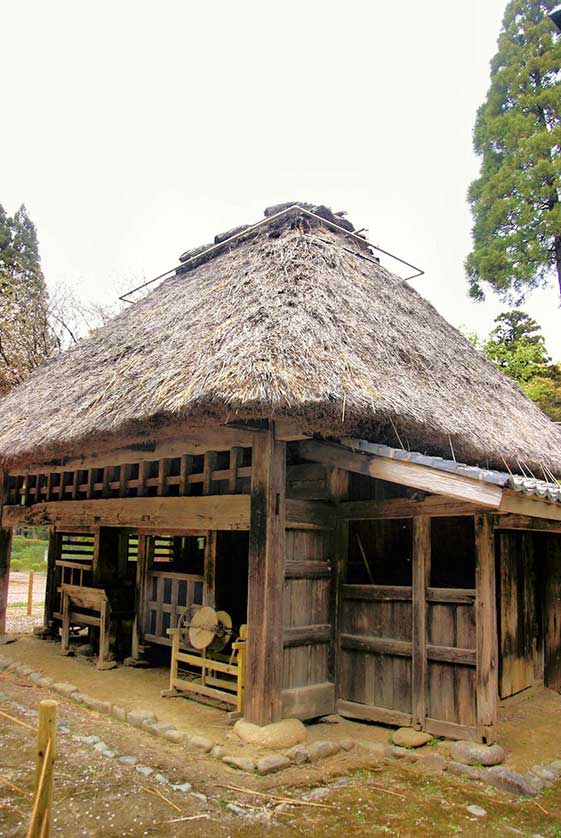 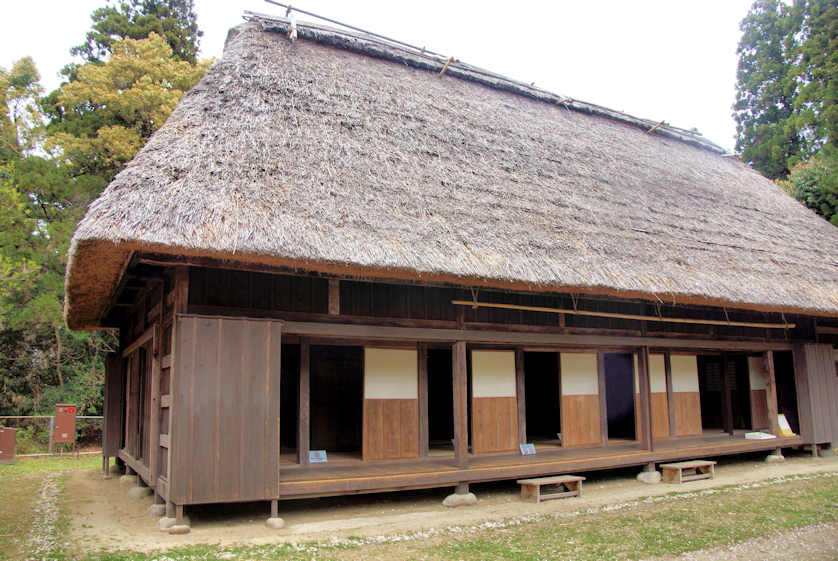 Large, traditional farmhouse from Shiiba on display at Miyazaki Minka-en

Perhaps most interesting of all is what can be found outside the museum: four historic farmhouses re-assembled here from all over the region.

All four are thatched and represent different regional styles. One is from Gokase in the mountain of northern Miyazaki, not far from Takachiho.

Originally built in 1787 during the Edo Period, this style is unusual in that it has no earthern-floored section. Another smaller, simpler farmhouse was moved here from Mera Village in the mountains close to the Kumamoto border.

It has a crude stable attached on one side and is believed to be about 185 years old.

The biggest building is the farmhouse relocated from Shiiba, another mountainous area of Miyazaki. It is also the newest, being built in 1864 and illustrates a traditional layout with all the rooms in a line.

The final farmhouse on display comes from Takaharu in neighbouring Kagoshima Prefecture. Built in 1835, it consists of two connected buildings.

The farmhouses can be entered, though the tatami rooms in some cannot. Kitchen, household, and agricultural implements are on display, though only with Japanese labels, but signboards in front of each house do contain details in English. 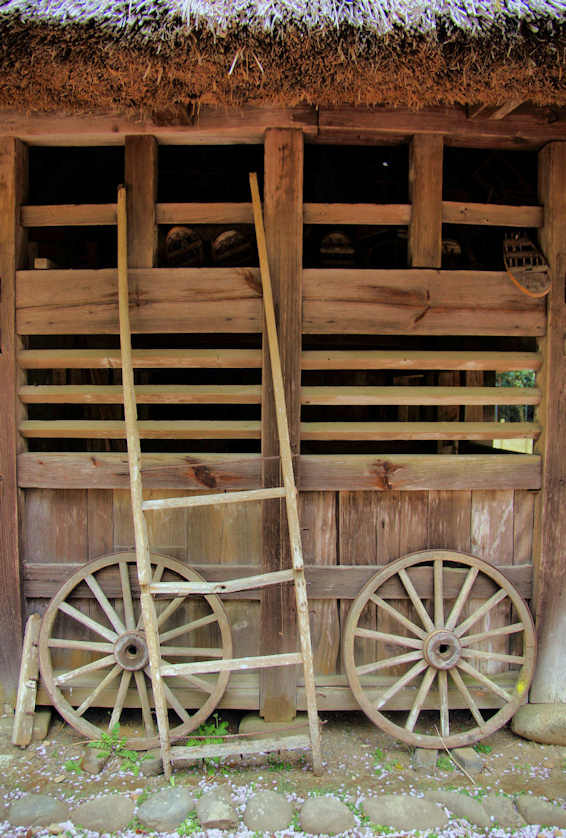 Stable of a traditional Japanese farmhouse 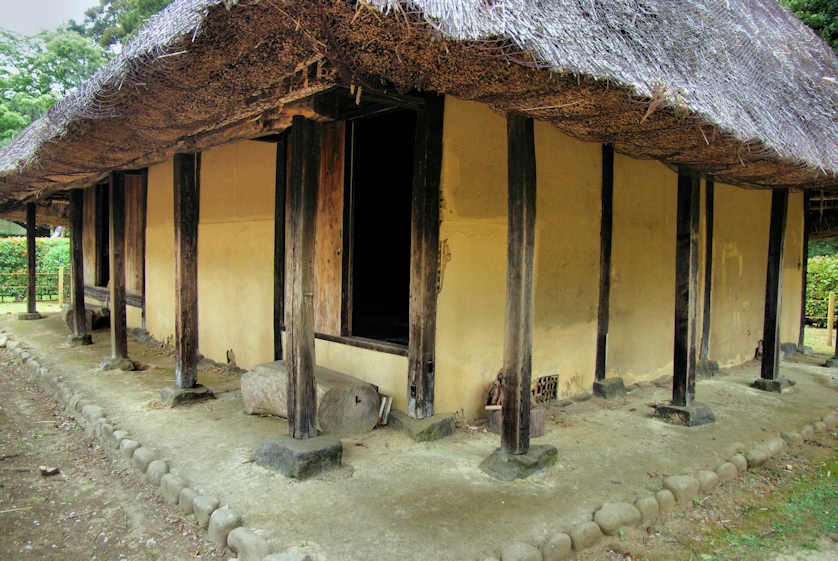 Minka-en, Open Air Museum of Traditional Farmhouses in the grounds of Miyazaki Museum of Nature and History

The Miyazaki Prefectural Museum of Nature & History is about 1 kilometer (a 10-15 minute walk) from the JR Miyazaki Jingu Station.

The museum is open from 9am-5pm and closed on Tuesdays, but the farmhouses can be visited when the museum is closed.
The History Museum, Farmhouses and the Archaeology Center are all free to enter, although special exhibitions will have an entry fee.

If you have an interest in other open-air museums of traditional Japanese farms and architecture, then the Open Air Museum of Old Japanese Farmhouses in Osaka and the Shikoku Mura near Takamatsu on Shikoku should be on your bucket list. 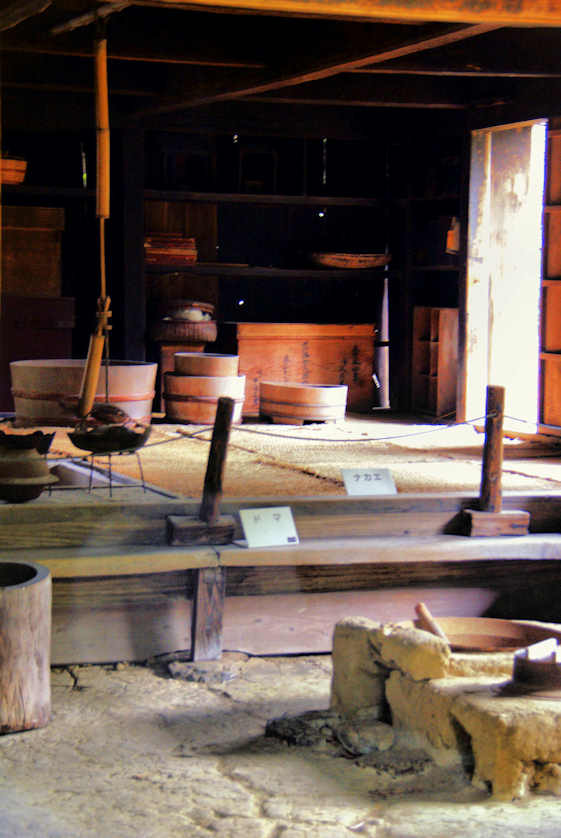 Our tours in Miyazaki

The Saigo Takamori Headquarters Museum in Nobeoka, Miyazaki Prefecture recalls Saigo's defeat at the Battle of Wadagoe and his escape over Mt. Enodake.