Sofukuji Temple in Nagasaki is a Chinese Obaku Zen temple dating from the 17th century and a beautiful example of Chinese-style architecture.

In the unlikely event that Sofukuji in Nagasaki is the first temple you visit in Japan, there will probably appear to be nothing unusual about it, but in the more likely event that you have visited other temples before, you may think something is a little different.

You would be right, because Sofukuji is not a Japanese temple, but a Chinese temple, and not only that, it is also one of the best examples of Ming Dynasty temple architecture remaining anywhere, even within China.

Since ancient times there had been at times brisk trade between Japan and China mostly through ports on the coast of Kyushu, and at various places settlements of Chinese had been established, most notably at what is now Hakata in Fukuoka. 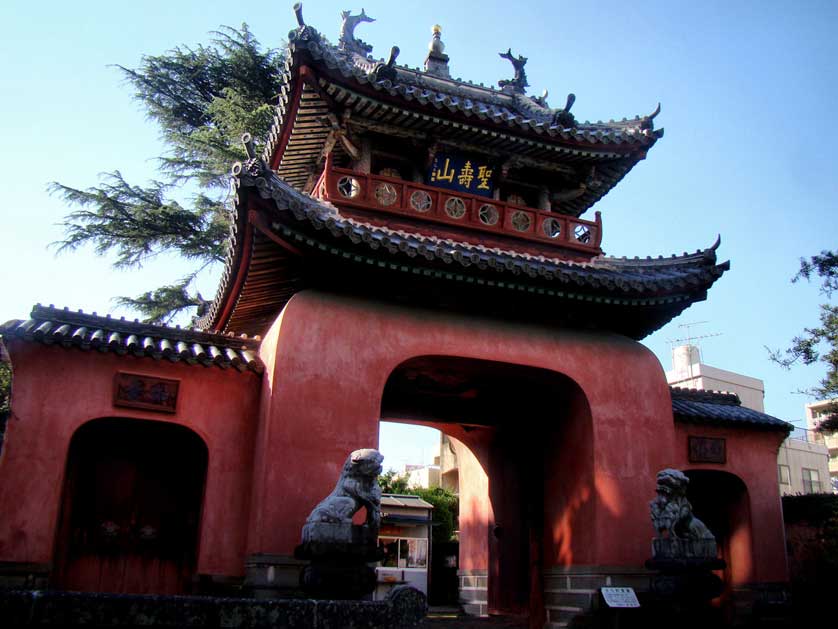 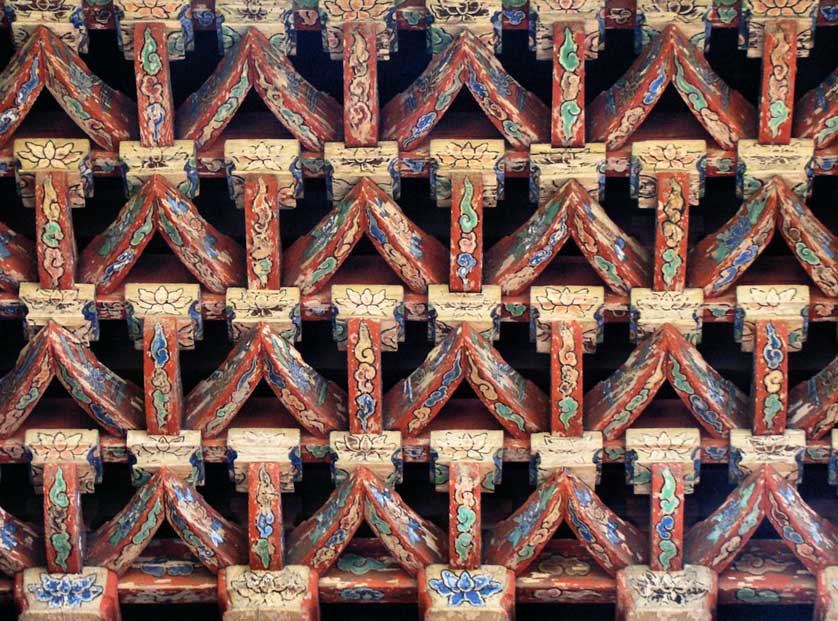 With the restriction of official international trade to the one open port of Nagasaki in the early 17th century a sizable community of Chinese established themselves there. It is estimated that they made up 15% of the town's population.

The rest of Nagasaki's citizens were Christian, and they had destroyed the town's Buddhist temples so the Chinese asked for and received permission from the authorities to build some temples for themselves.

The first was Kofukuji, established in 1620, but the more interesting is Sofukuji established 9 years later as some of the buildings were made in China. The Inner Gate, Daiippomon, and the main Buddha Hall, Daiohoden, were both made in Ningbo, China, disassembled, shipped to Nagasaki and reassembled. They are both national Treasures. The Buddha hall is claimed to be the oldest building in Nagasaki. The other buildings, including the first gate you enter through, were constructed later in the 19th century. 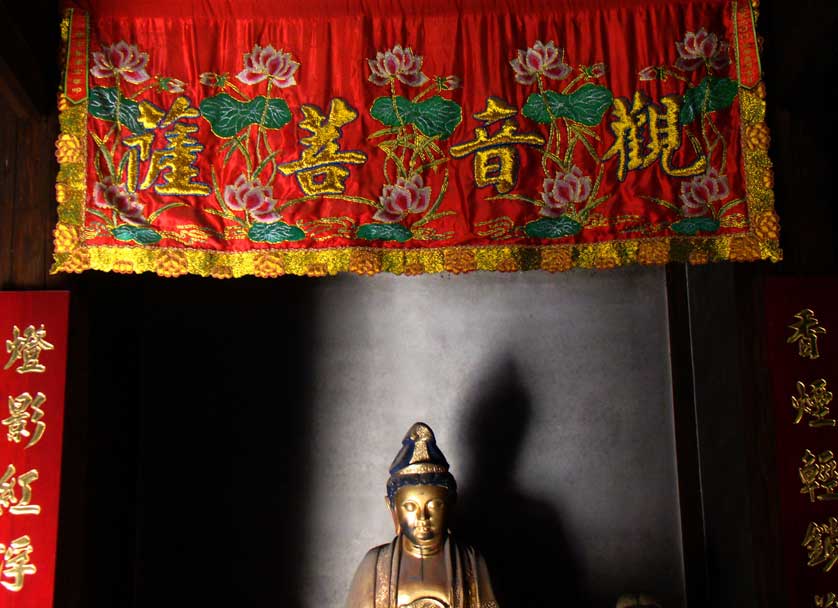 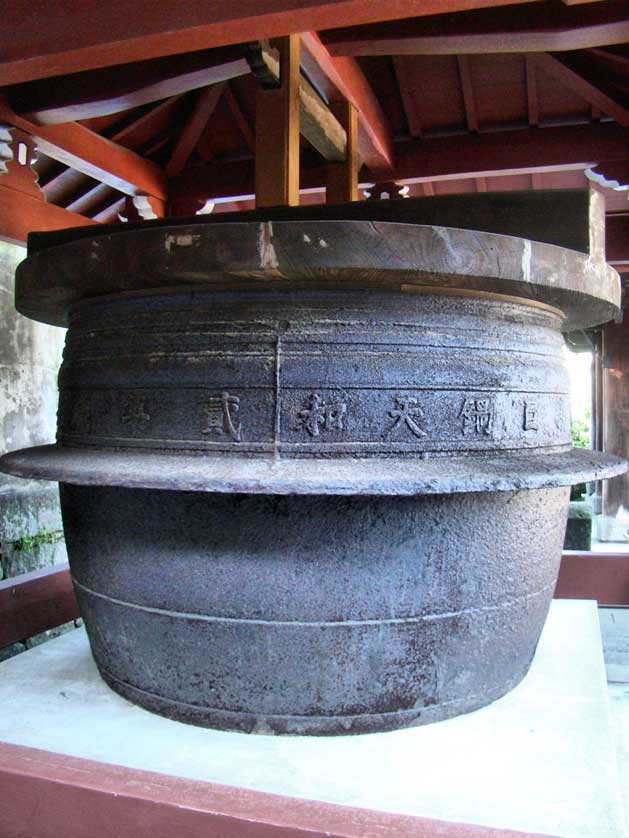 Like the buildings, the statuary on display is also Chinese in style. When the main Buddha statue was being restored in the early twentieth century it was discovered to contain internal organs of silver. The other deity enshrined at the temple is Mazu, the Goddess of the Sea, and protector of those journeying by sea.

Also on display is a giant cauldron used by the temple monks to feed up to 3,000 people a day during a famine in the late 17th century.

Various festivals are held throughout the year, but the biggest, that draws Chinese visitors from all over Japan, is the Bon Festival in late July.

One of these was Yinyuan, known as Ingen in Japanese. While in Nagasaki he attracted many Japanese students and they got permission for to travel to Kyoto where he eventually founded the Obakusan Mankupuji Temple in Uji in 1669, the official beginning of the Obaku Sect. 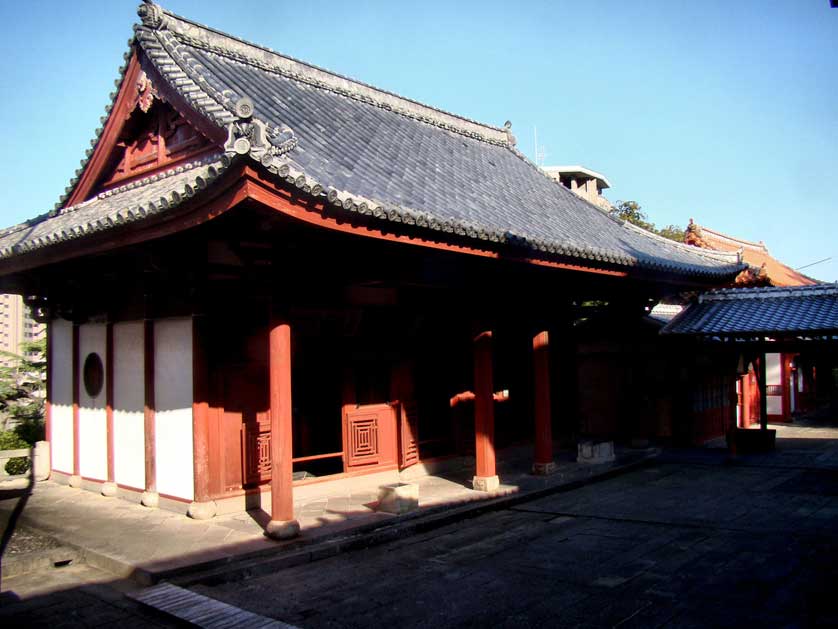 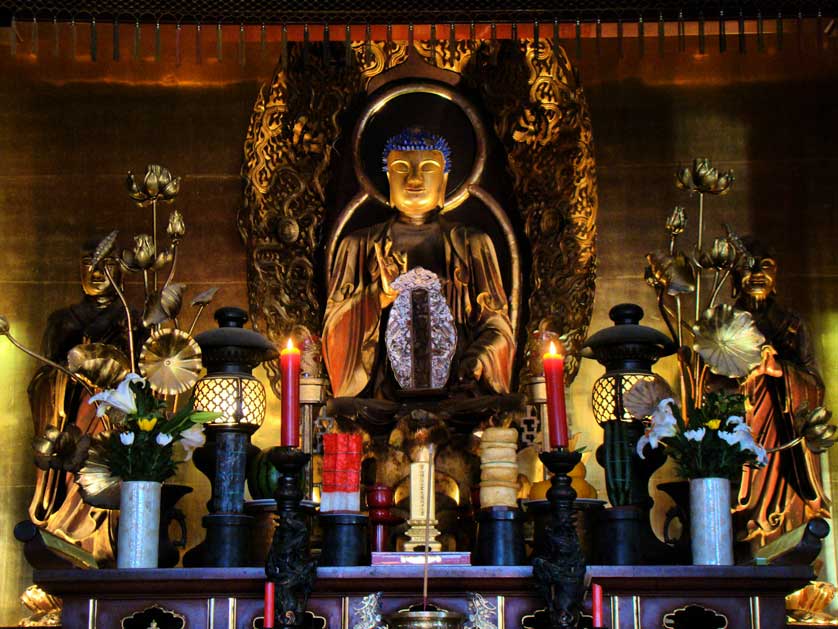