Sekigahara, Gifu Prefecture 関ヶ原 The Battle of Sekigahara in 1600 is probably the most decisive battle fought in Japanese history, comparable to other great civil war battles such as the Battle of Marston Moor in England in 1644 and Gettysburg in the US in 1863.

Wooden palisades built to repel cavalry on the battlefield

The Battle of Sekigahara in 1600 is probably the most decisive battle fought in Japanese history, comparable to other great civil war battles such as the Battle of Marston Moor in England in 1644 and Gettysburg in the US in 1863. 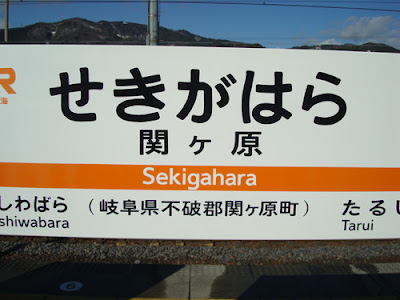 The massive battle fought on the narrow plains beneath the high Ibuki mountains in Gifu Prefecture in central Japan, paved the way for Tokugawa Ieyasu to establish the Tokugawa shogunate that would control Japan and shape the country until the 1860's.

The Battle of Sekigahara was the culmination of a decades-long struggle to unify Japan under one ruling dynasty begun with the campaigns of Oda Nobunaga, continued by his general Toyotomi Hideyoshi and completed by the scheming and military genius of the Tokugawa clan. 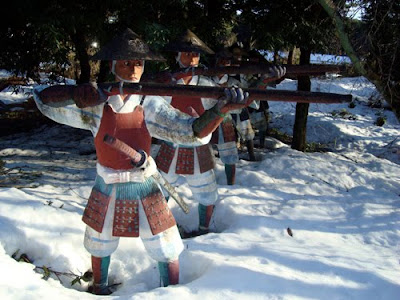 After the death of Toyotomi Hideyoshi at age 63 in 1598, Japan was plunged into political uncertainty as Hideyoshi's heir, Hideyori, was but a child of 6 years of age at the time of his father's demise. Hideyoshi had wrung a death bed promise from his allies to keep the peace until his son was old enough to assume power, but divisions soon appeared among the leading strongmen in the interim Council of Regency.

The inevitable conflict between the competing forces for power came between the Western armies, lead by Ishida Mitsunari, who supported the settlement arranged by Hideyoshi and the Eastern armies lead by Tokugawa Ieyasu, who was determined to take ultimate power himself and destroy Hideyoshi's legacy. 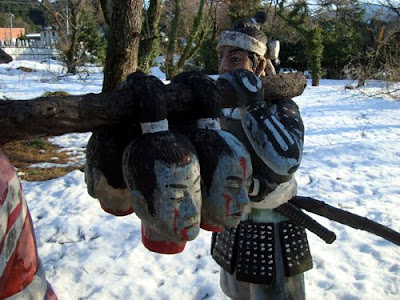 Both sides deployed about 80,000 men at the battle, which took place on October 21, 1600. Lasting most of the day, the engagement was immensely bloody with an estimated 30-40,000 casualties altogether sustained in the fighting.

Ieyasu was victorious, mainly due to the treachery of the young daimyo Kobayakawa Hideaki, who changed sides during the course of the battle and attacked Ishida Mitsunari's forces. This had been agreed beforehand with Ieyasu. Other generals on the Western side, like Hiroie Kikkawa, also failed to fully commit their forces to the fray.

Ishida fled the battlefield as defeat was imminent but was hunted down and executed on the banks of the Kamo River in Kyoto along with his supporters Konishi Yukinaga and the daimyo monk Ekei Ankokuji. 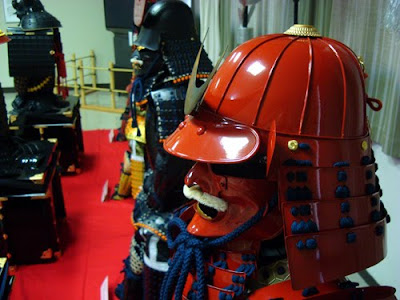 What to See & Do: Sekigahara Town History & Folklore Museum

Nowadays Sekigahara is a sleepy village just west of the castle town of Ogaki. There are a number of walking courses to take in the various positions occupied by the opposing armies and a couple of museums worth visiting - the excellent Sekigahara Town History & Folklore Museum (Tel: 0584 43 2665), with Jimbano - the site of Ieyasu's last camp just across the road and the rather faded Sekigahara War Land (Tel: 0584 43 0302) just off National Highway 365 to the north west of the Sekigahara Town History & Folklore Museum. 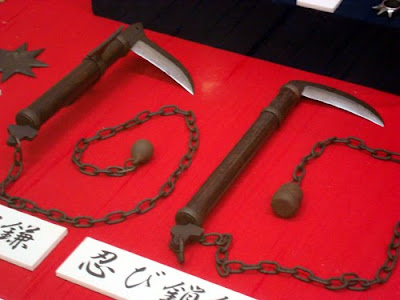 Samurai weapons on display at the Town History & Folklore Museum

Sekigahara is an easy day trip from Nagoya. Take a JR Kaisoku (rapid) train bound for Maibara from Nagoya Station or change to a local train at Ogaki Station in Ogaki. The Sekigahara Tourist Office is outside the station (Tel: 0584 43 5559) and opens from 9 am-2 pm April to November. 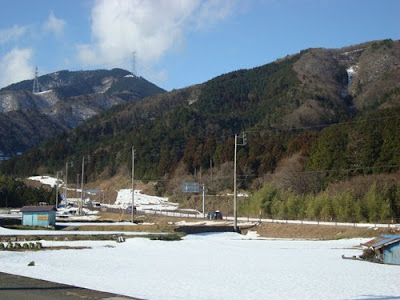