Mount Wakakusa in the east of Nara is a 342m-high grass-covered hill which is set alight in January during the Wakakusa Yamayaki ceremony.

Mount Wakakusa (Wakakusayama) rises 342 meters in on the eastern edge of Nara Park in Nara between Todaiji Temple and Kasuga Taisha Shrine.

Mount Wakakusa is open to the public from March-December (to protect the grass) and affords excellent views of Nara city below from the observation deck halfway up. You can, of course, continue up the steep slope to the peak. Nara's famous deer are, of course, present on the slopes. 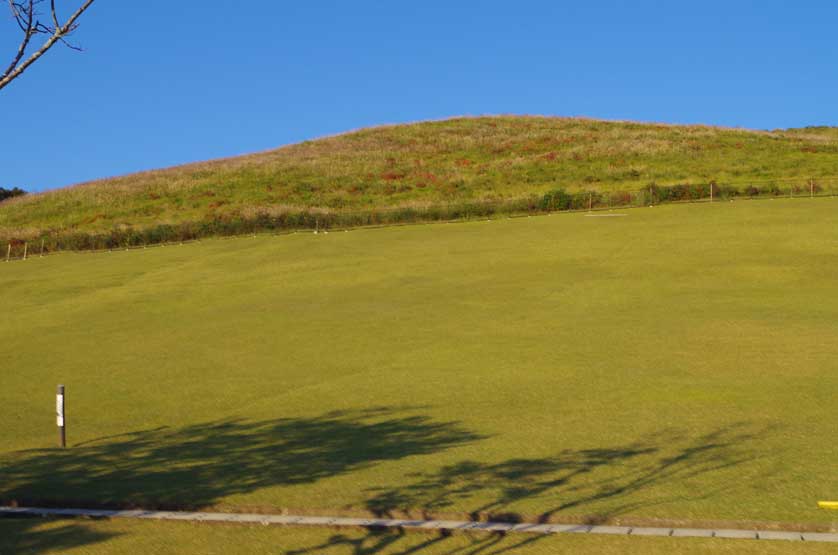 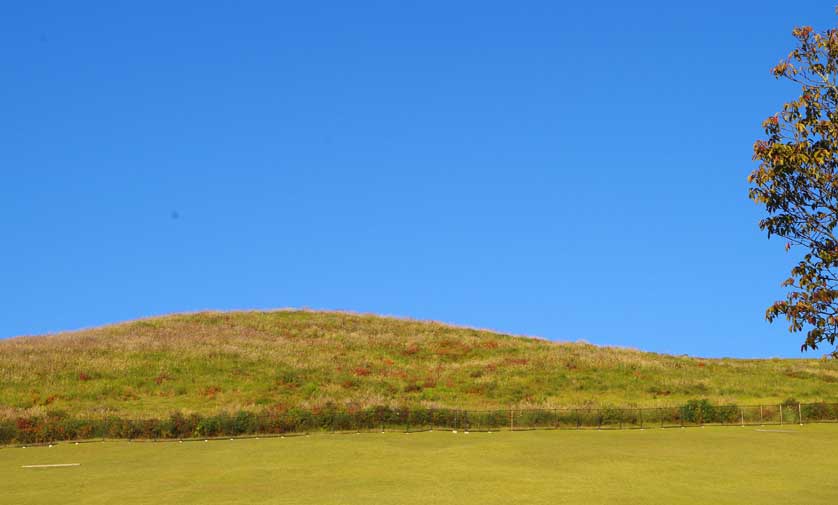 Mount Wakakusa somewhat resembles a hill in the English countryside, as it is grass-covered and largely devoid of trees, except for a number of cherry trees lining the path at the bottom of the mountain.

On the fourth Saturday in January the whole mountain is set alight in the Wakakusa Yamayaki festival. The origins of the festival are obscure. Some believe it was the result of a boundary dispute between Todaiji and Kofukuji temples; others say it was simply a measure to drive off wild boar. 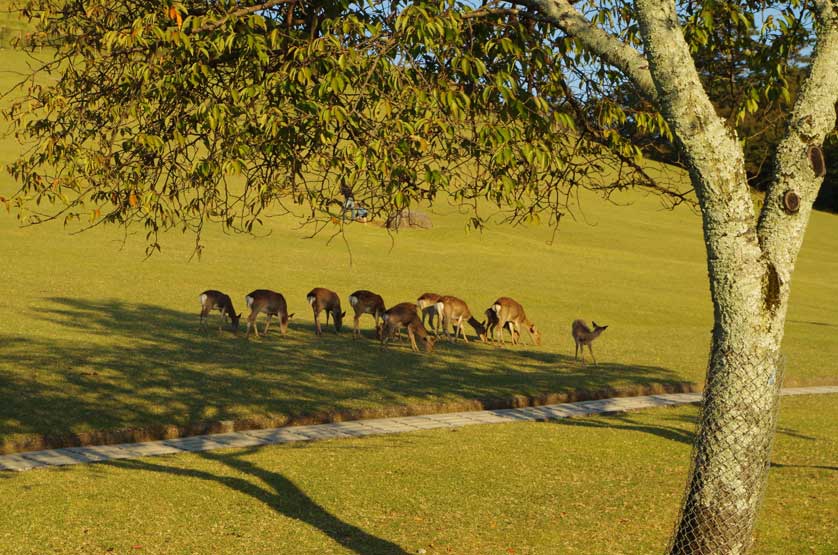 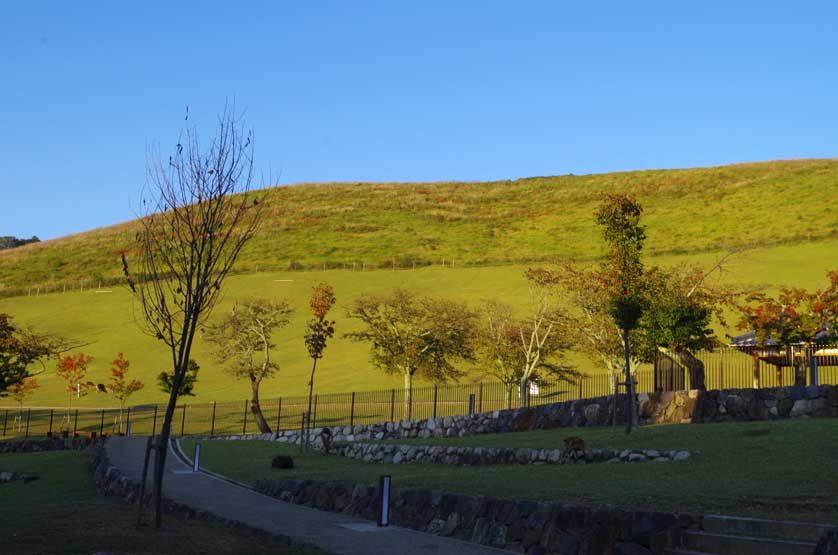 A torch is lit from sacred fire at Kasuga Taisha and the hill ignited by monks from Todaiji and Kofukuji along with Shinto priests from Kasuga Taisha. The hill burns for about 30 minutes after which a fireworks display is held. The spectacular fire can be seen from all over Nara. 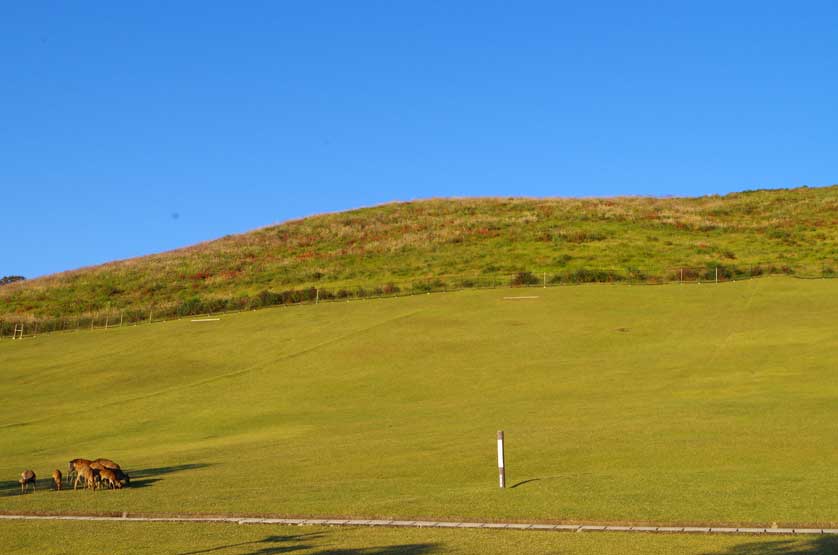 Mount Wakakusa (www.pref.nara.jp/6553.htm in Japanese)Hours: 9 am-5 pm; open from the third Saturday of March to the second Sunday of DecemberAdmission: 150 yen