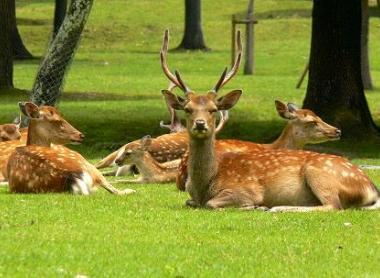 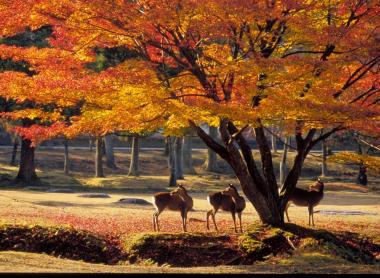 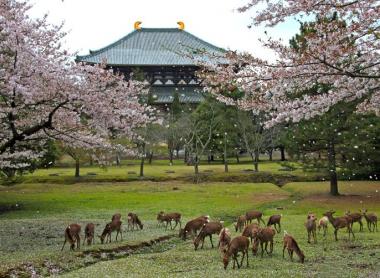 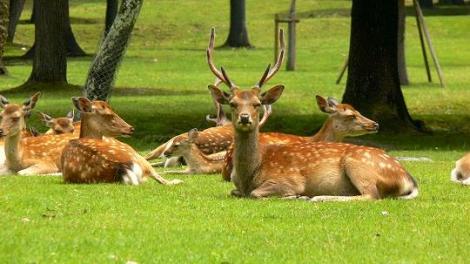 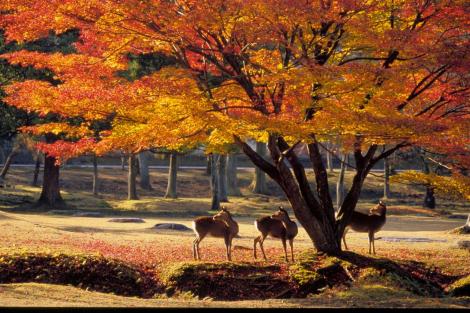 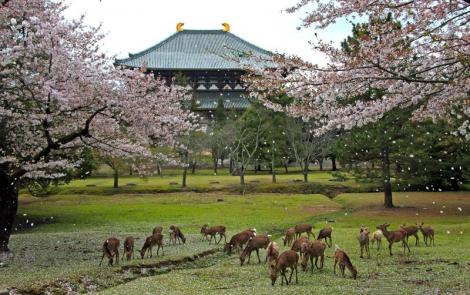 Amid all this greenery is the Nara National Museum of Buddhism and its exceptional art collection, the pond of a hundred legends, Sarusawa-ike, and the imposing Kofukuji and Museum of National Treasures.

Elegantly wooded hills and manicured lawns sprawl for what seems like infinity. The secret of this great greenery? Its very special gardeners. As St. Mark's Square in Venice has its pigeons, Nara has its deer. A herd of deer frantically keeps both the lawn and the attention of tourists!

These animals are not to be taken lightly. Considered messengers of the gods in the Shinto religion , killing them was punishable by death until 1637. Their numbers declined drastically during the Second World War. The sacred beasts were even stripped of their divine status at the end of the war.

But the years of infamy are far away now. With more than two hundred thousand, the herd is back with a vengeance. Very tame, these animals are extremely friendly and like snacks. So before leaving these joyous surroundings to contemplate the imposing Great Buddha of Todaiji , why not buy a shika-sembei? These special animal treats are sold for one hundred and fifty yen in many shops throughout the park to feed to your new deer friends.

See our video on Nara and its park:

To the west of Nara-koen, Sarusawa-ike pond tries to remove the edge of dull gray buildings...

A secret enclave of greenery on the way to Todaiji, the Isui-en can be discovered along a path that combines water, wood and stone.