The Sakichi Toyoda Memorial House in the rural town of Kosai, west of Hamamatsu in Shizuoka Prefecture close to Lake Hamana, is the birthplace of the inventor Sakichi Toyoda (1867-1930), the founding father of the present day Toyota Corporation. 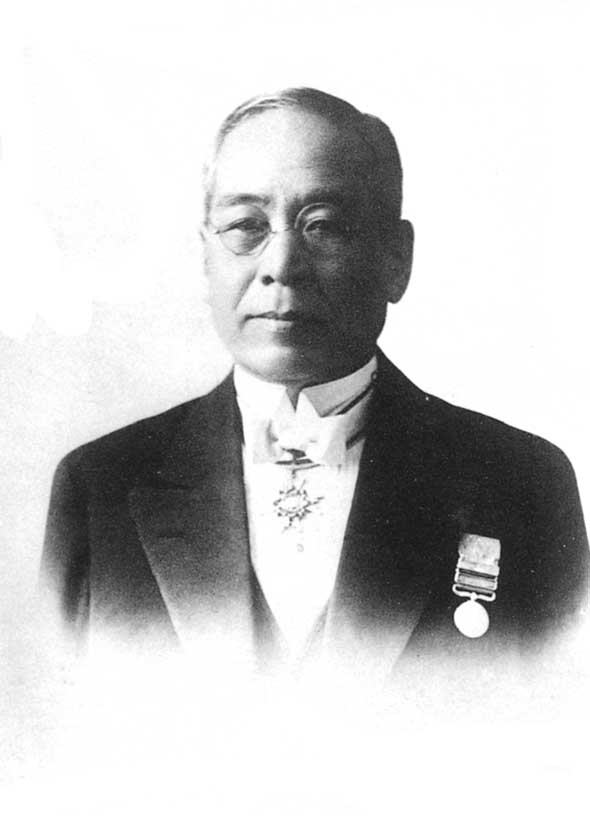 Sakichi Toyoda was born here in Kosai in 1867, the son of a poor carpenter, Ikichi Sahara. Sakichi's father had taken on the Toyoda name when that family's lineage had come to an end. Sakichi was the oldest of three sons (Sakichi, Heikichi & Sasuke) and one daughter (Han) in the family. Sakichi's own son, Kiichiro, the founder of Toyota Motor Corporation, was also born here in the house.

Sakichi was pressured by his father to follow him into the carpentry business but from a young age Sakichi had more interest in discovering how things worked and inventions. To escape the attentions of his father, it is said Sakichi worked on his inventions in the comparative peace of the family barn. As a young man Sakichi was inspired by a visit to the Japan Industrial Exhibition in 1890 in Tokyo and in the same year, utilizing his carpentry skills, he invented and built the Toyoda Wooden Hand Loom. The inspiration for this machine was supposedly the sight of his own mother struggling to weave by hand.

The Toyoda Wooden Hand Loom was Sakichi's first invention and was a manually operated loom needing only the use of the feet and one hand. Just pushing the reed back and forth on the loom drove the shuttle side to side.

In 1894, Toyoda invented the Winding Machine which allowed the operator to manage dozens of reels simultaneously. Two years later in 1896, Sakichi developed Japan's first power loom, which had been his ultimate goal.

Further inventions included the Non-Stop Shuttle Change Automatic Loom Type T in 1903, which automatically replenished the horizontal thread without stopping the machine and the 1906 Type Power Loom and Circular Loom which both improved the efficiency of the weaving process. The Power Loom Type N followed in 1914 and the Automatic Loom Type G in 1924. The Automatic Loom Type G was the pinnacle of Sakichi's work and was acclaimed as the best loom in the world at the time. His inventions were part of the pioneering modernization of Japan's industry at the time. The patents for this loom were sold to the Platt Brothers & Co., Ltd in Manchester for one million yen and money from this transaction was later invested in the development of a Toyoda automobile. 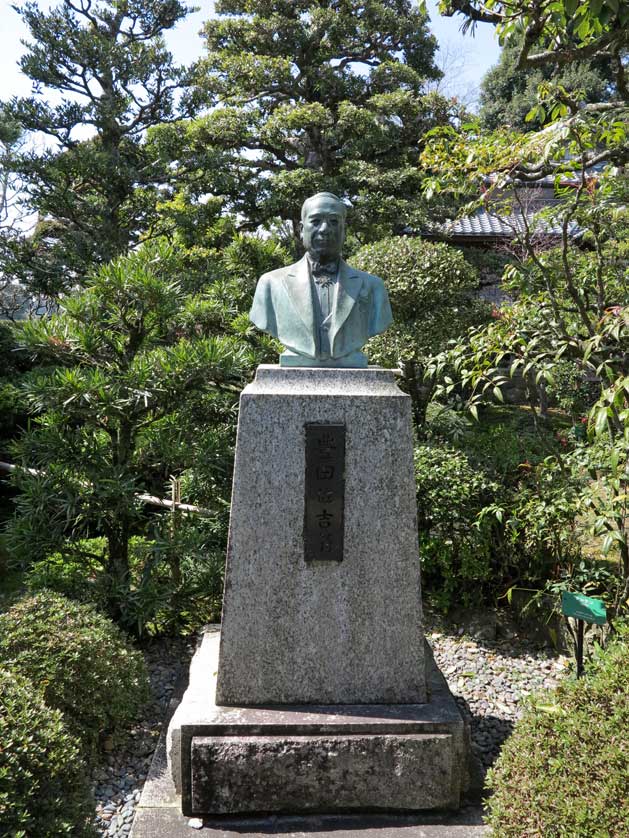 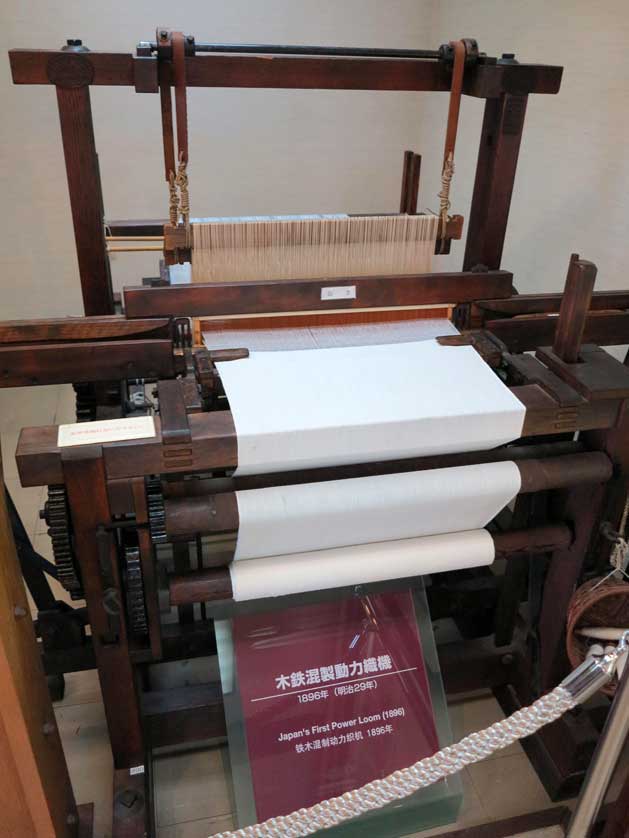 Sakichi founded the Toyoda company in 1902 and in 1910 visited both the USA and Europe to research foreign technology in the textile industry.

Sakichi was honored throughout his life for his work and was received by the Emperor at Hommaru Palace in Nagoya Castle in 1927.

Sakichi died suddenly of complications of pneumonia in 1930 at the comparatively young age of 63. His work was continued by his son, Kiichiro.

Visitors to the Sakichi Toyoda Memorial House enter through the impressively restored gate and first of all can see the Exhibition Room where Sakichi's looms are on display along with wall panels and videos (in Japanese, English & Chinese) explaining his life and inventions. A metal bust of Sakichi is displayed in the garden here.

Next is the barn where Sakichi would work on his looms out of sight of his father. Further up in the spacious grounds is the Assembly Room showing a movie of Sakichi's life on request. Nearby is a wooden well where Toyoda made a water purifier using leaves, pebbles and sands to obtain drinking water from a mountain spring.

Walking up the hill brings the visitor to an observation point with views of Lake Hamana, Hamamatsu and even Mt. Fuji on a clear day. Walking through a tangerine orchard and small cypress forest planted by Sakichi's father, brings you back to a modern, painstakingly-built reconstruction of the Toyoda family home with thatched roof and paper windows. A Lounge next door has a working model of Sakichi's first invention, the Toyoda Wooden Hand Loom. 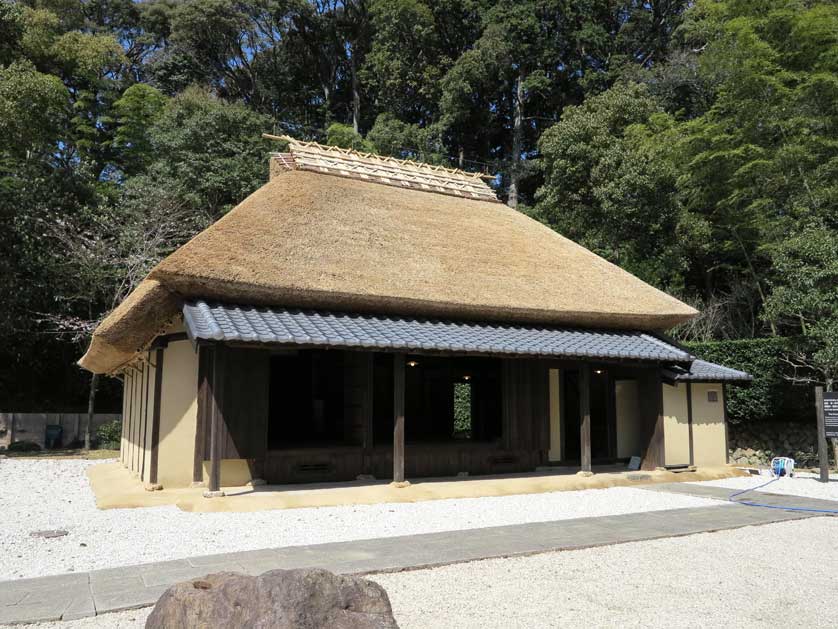 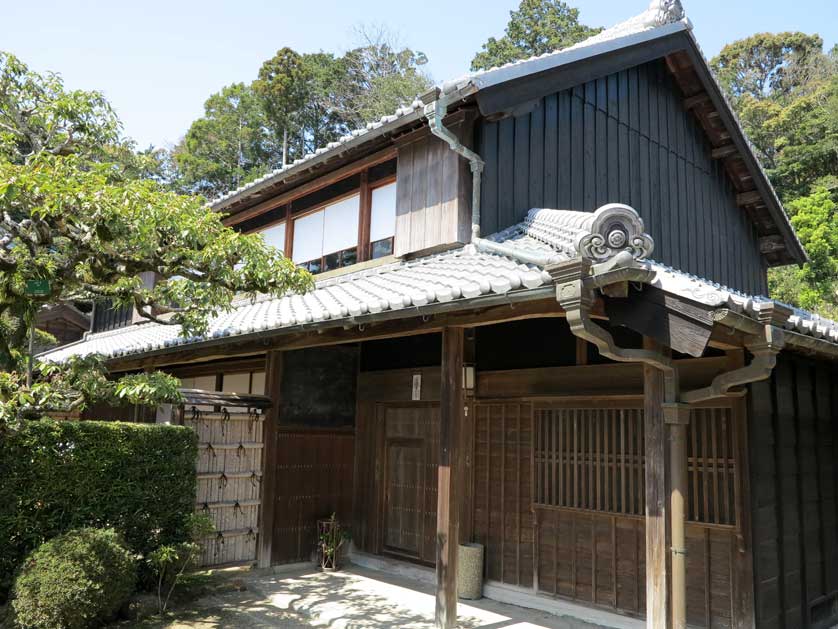 Getting to the Sakichi Toyoda Memorial House 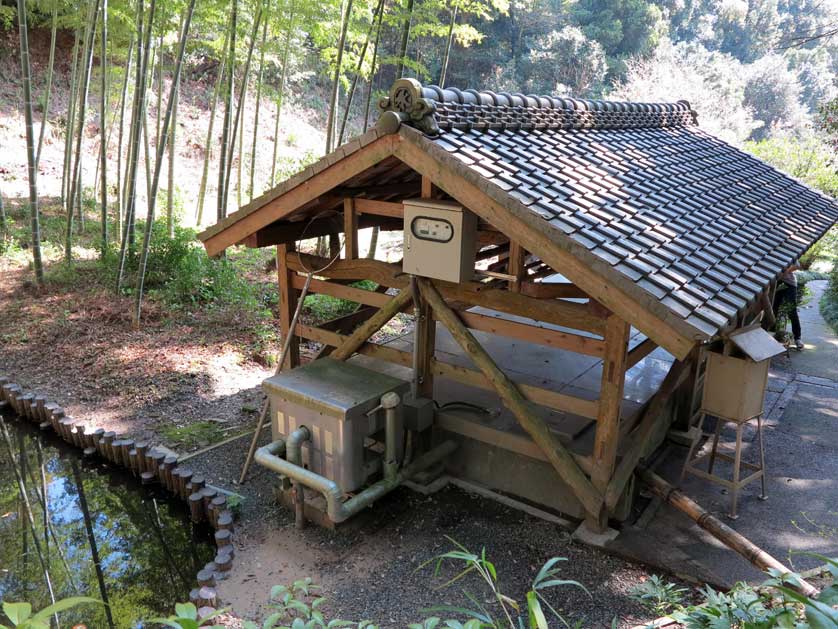 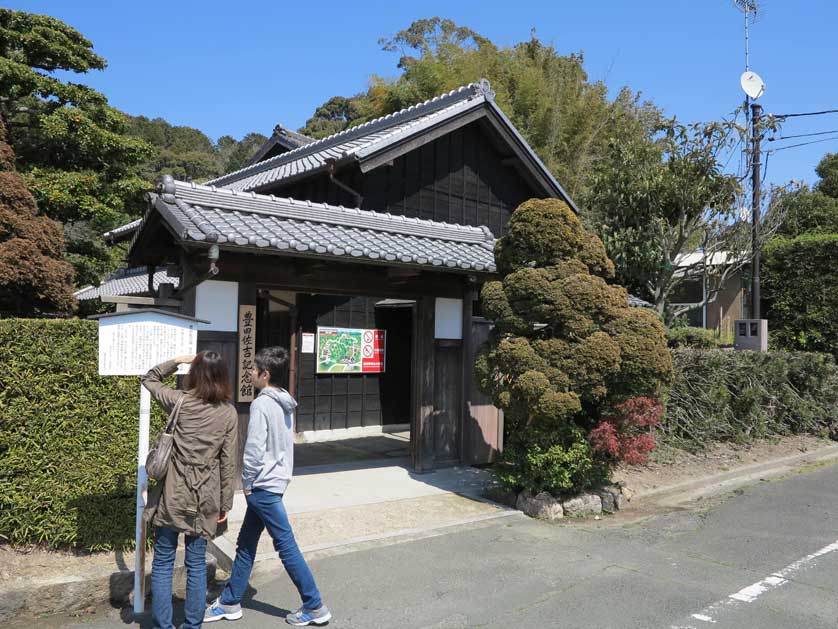 A small town on the way between Tokyo and Kyoto, near Shizuoka. A place without anything really special about it, and yet it's here that a museum, dedicated to the artist Hiroshige, was built.

Makinohara and Shimada alone produce between 45 and 55% of Japanese green tea.